Understanding past atmospheric and climate change helps us adapt to Earth’s continually-evolving environment. However, such measurements aren’t evenly spread across the globe: some regions have overlapping data while others have no data at all.

To provide a clear picture, the Copernicus Atmosphere Monitoring Service (CAMS) and the Copernicus Climate Change Service (C3S) merge observations into single datasets. Both services are handled by the European Centre for Medium-Range Weather Forecasts.

The data also provides a complete picture of temperatures and carbon dioxide (CO2) levels on a global scale.

The findings match previous projections from the World Meteorological Organization and the Global Carbon Project (GCP) for 2019. As per WMO estimations, 2019 was likely to be the second or third warmest year, while both GCP and WMO suggested that concentrations of carbon dioxide in the atmosphere would continue to rise.

4. In the last 5 years, the average temperature has remained nearly 1.2°C higher than the pre-industrial level set by the Intergovernmental Panel on Climate Change.

Compared to the 1981-2010 average temperature, the most significant warming occurred over the large regions of the Arctic and Alaska. Many parts in southern Africa, Australia, southern and eastern Europe were warmer than average. However, annual temperatures in the south-eastern and central Canada were below average. 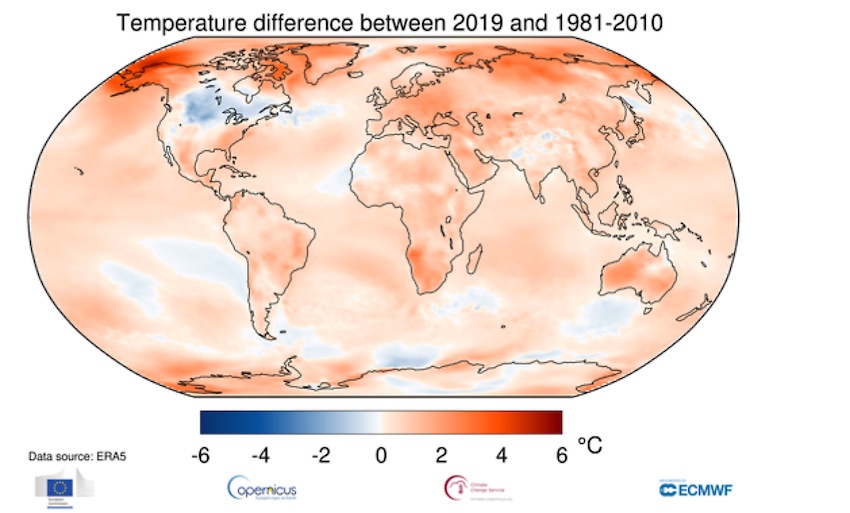 Air temperature at a height of 2 meters | Credit: C3S

This information will help organizations, policymakers, and people make informed decisions about the quality of the air we inhale and climate change mitigation.

How They Measure Global Weather

To merge observations into single datasets, scientists use a special processing technique named ‘reanalysis’. It uses a complex data assimilation process to combine numerical computer models of the atmosphere with existing real-world observations captured over the course of decades.

This technique allows scientists to produce complete and consistent representations of atmospheric and climate composition across time. And the information used to construct such information is gathered from several sources, including satellites and ground stations.

Read: Global Warming Will Reduce The Efficiency of Solar Cells

Different parameters (such as temperatures, carbon monoxide, air pressure) are weighted differently based on the accuracy of measurement methods. This is done to generate representations with higher resolution in both space and time. 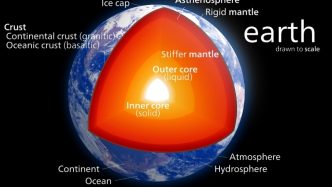 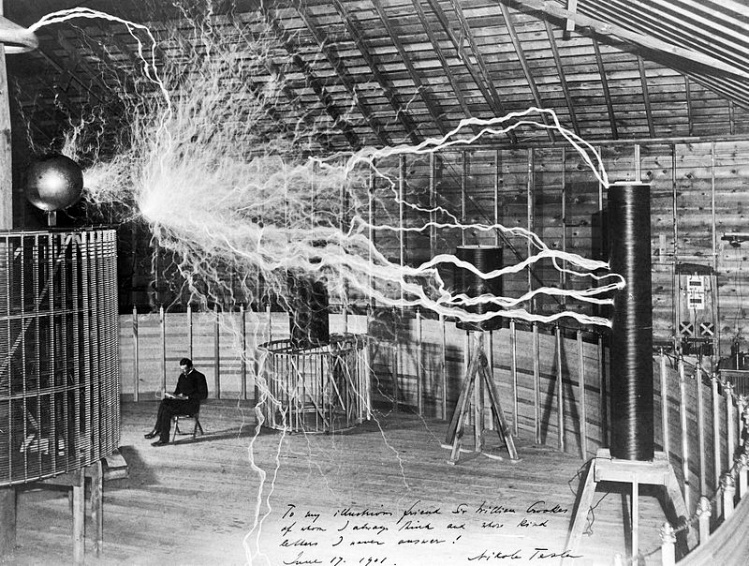