Making objects levitate is no longer just the realm of magicians. Researchers at the University of Bristol, England, have made a lightweight object levitate using ultrasonic waves greater than the wavelengths of sound used by the device.

A new powerful acoustic tractor beam creates an ultrasound tornado that can hold particles in mid-air, and unlike magnetic fields, it can grab solids other than iron, liquids, food and even small insects.

The study opens many possibilities, like drug capsule manipulation or microsurgical implements within human body, container-less transportation of bigger objects, contactless production lines for assembling delicate materials without touching them, and who knows, one day this could lead to human levitation.

So far, these acoustic tractor beams have been limited to levitating tiny objects as all efforts to hold particle larger than wavelength had been unsuccessful (they were highly unstable). Since the rotating sound field transfers its spinning motion to particles, they start orbiting faster and once the spin gets uncontrollable, the particle is ejected. 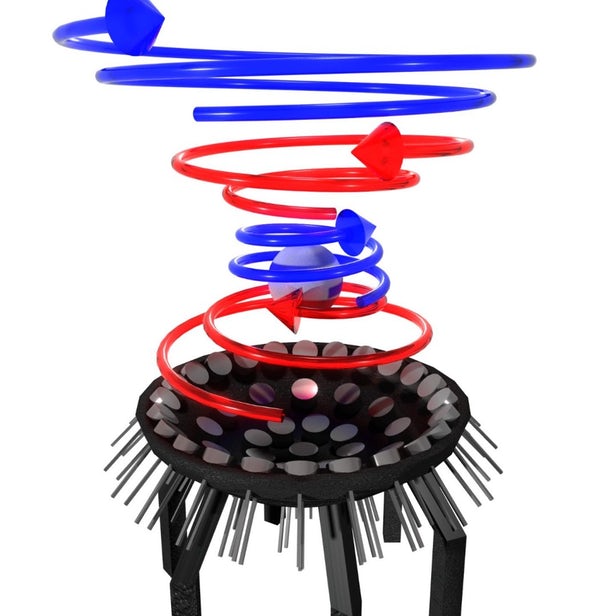 The new design includes a twister-like structure that uses fluctuating acoustic vortices, like sound tornadoes, with loud sound surrounding a silent core. Altering the twisting direction of the vortices allowed researchers to control the rate of rotation, thus stabilizing the tractor beam.

In order to grab bigger objects, you need to increase the silent core’s size. In this experiment, researchers successfully held a 2 cm sphere made of polystyrene in the tractor beam. They used ultrasonic waves at a pitch of 40,000 Hertz – a pitch that only bats can hear.

The polystyrene sphere measures more than 2 acoustic wavelengths in size – the biggest object trapped in a tractor beam till date.

The regular airborne acoustic vortices are inherently unstable for holding objects, even if they’re smaller than half wavelength diameter. This instability comes from the orbital angular momentum, which is partially transferred as a tangential force component, raising the orbit diameter.

They have now designed virtual vortices by instantly switching between component vortices of equal helicity and opposite chirality. By fluctuating these component vortices’ proportions, the orbital angular momentum can be configured independently from the total beam power and trapping force, which eventually leads to stable trapping of wavelength-order particles.

Researchers achieved fine rotational velocity control (with 1% standard deviation over mean value). As the size of the particle increases, the tangential component of the force field also increases.

As we’ve mentioned above, this opens the door to numerous new applications. In future, the same technique could be used with more acoustic power to hold even bigger and denser objects. This was only thought to be possible using audible sounds, making it unsafe for humans. 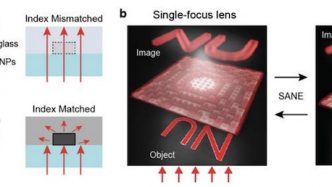 A New Type of Metalens Could Replace Conventional Refractive Lenses 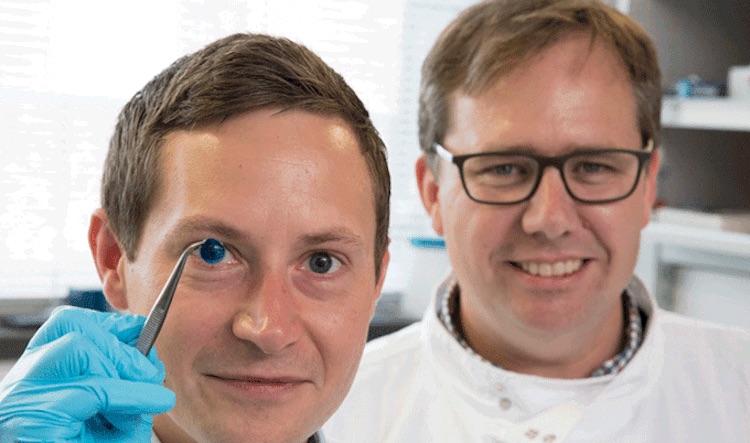