14 of the Advanced Working Machines Made of LEGOs

Lego was manufactured as a construction brick toy to entertain children. Lego are more preferred for small children because they are easy to carry and you can make any design whatever you want. At the present time, the situation is improved technologically and designers are trying to make a new Lego creation. Many designers use 3D modelling tools to create the design of their own Lego. Some creative minds make many coolest and working machines that are built of Lego. In the following list, we represent 14 advanced working machines made of LEGOs. 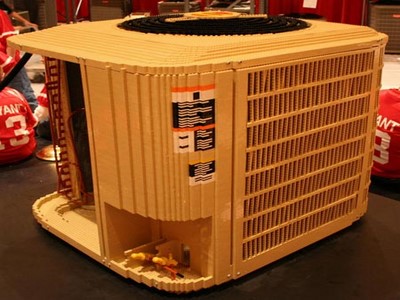 Henry Lim came out with a design and builds a working harpsichord. With the exception of string wire, every part including keyboard, jacks and stand are entirely made of Lego. It took around 10,000 pieces to complete the harpsichord. It has a wide range of 61 nodes and weighs approximately 150 pounds. 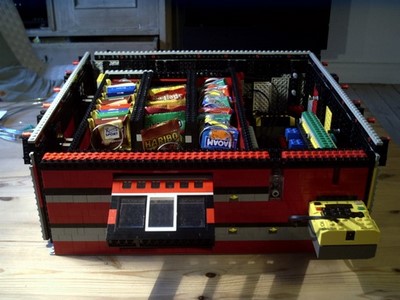 This fully functional Lego vending machine is designed by an artist at Mindstorms, Anders. It consists four light sensors, four touch sensors and four motors. It also has a coin slot and an LCD display to show the tally. This Lego vending machine is the perfect combination of childlike thing and a machine of easy accessible snacks. 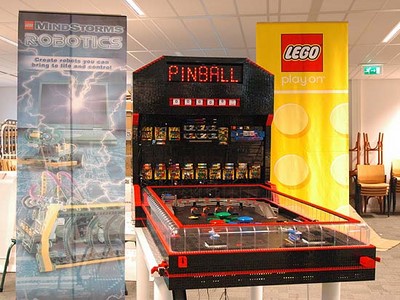 The biggest fully functional Lego pinball machine, built by two artists Gerrit Bronsveld and Martijn and Boogaarts of the Netherlands. The Mindstorms Robotics unveiled this cool Lego machine at the 2005 LegoWorld exhibition in the Netherlands. It is made up of more than 20,000 bricks and it is completely made of Lego except the metal ball. It took more than 300 hours to assemble. This machine features a coin slot to play the game along with all functions as a standard pinball game, including auto kick, rotation bumpers and a ramp. 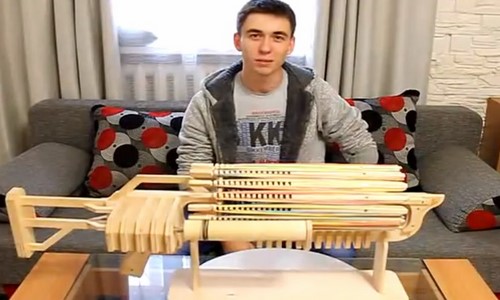 All 3D printed guns are illegal in many countries but you can use the guns made of Lego bricks. Sebastian Dick made a mini-gun that shoots rubber bands at the maximum speed of eleven bands per second. The gun has 8 eight barrels and can unleash 104 bands in one firing. This gun is completely non-lethal weapon and there are many other Lego guns of pistols and rifles. Meantime, another guy built a Lego replica of a submachine gun which actually shoots a Lego brick. 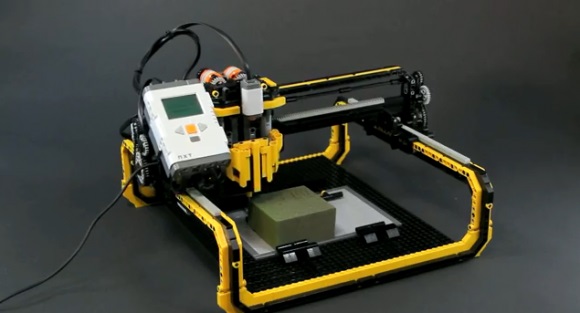 3D Milling Machine is an advance version of 3D printers. This amazing project was completed by Arthur Sacek of LEGO Mindstorms. The design of the Milling machine is based on the RepRap 3D printer but it is entirely made of Lego pieces. It has around 300 pieces of Lego including joints, axes and beams. This machine is able to make more complicated and fine sculptures. It is a subtractive type printer which means it cut out extra material to make the final three-dimensional object. 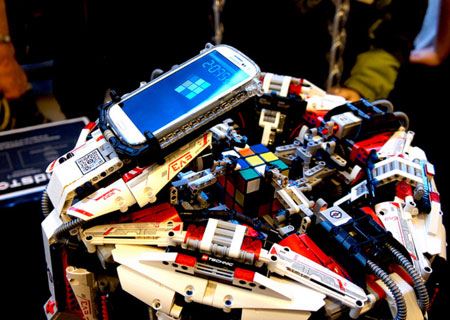 CubeStormer 3 is a robot built by Lego Mindstorms and launched at the 2014 Big Bang fair in England. It is the world’s fastest robot to solve a Rubik’s cube. The previous world record was 5.27 seconds by CubeStormer 2 and the current record time is 3.253 seconds. This robot has four robotic hands to handle the cube. The robot is completely made out of Lego bricks and has ARM architecture. Both the inventors, David Gilday and Mike Dobson are currently working on another robot to beat their own record in the future.

The most advanced assembly line made of Lego was designed by Chris Shepard and can do all things like a standard assembly line. This was a joint project between LEGO and MIT to use programmable software in Lego robots. This machine has light and color sensors to sort out the Legos of different color and size. There are many other live examples of working assembly line made of Lego bricks including a paper airplane launcher that uses 7000 different Lego pieces to make and launch paper airplanes. 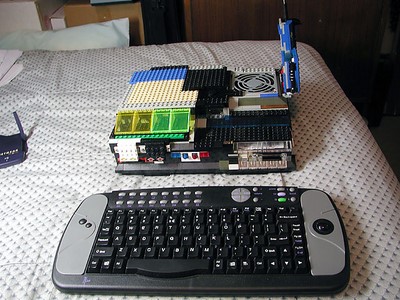 Every time, you don’t need to spend lots of money to get a cool looking computer. A Lego artist, Winston designs a system that is entirely made of Lego and boasts a 933 MHz processor, 256 MB SDRAM, 70 watt power supply and 18 GB hard drive. It is not a powerful system but more than enough for surfing the web or watching movies. It also features a wireless mouse and keyboard. 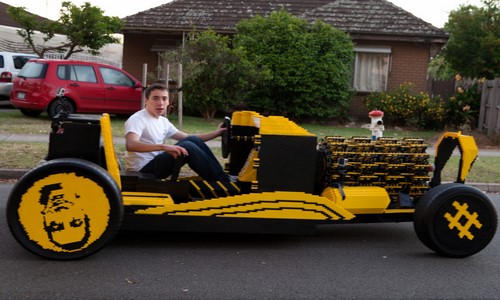 An Australian entrepreneur, Steve Sammartino and a tech geek, Raul Oaida have constructed a running car using Lego in December 2013. They named the car “Super Awesome Micro Project” and they built it using over 500,000 Lego bricks. They used an air powered engine with 256 pistons that can reach a top speed of 18 mph. It is not the first time when they involved in an amazing Lego project. In 2011, they sent a space shuttle made of Lego to an altitude of about 35 km above the ground.

Do you remember the childhood game of Screwball Scramble which involved a moving ball over the obstacles and hurdles? A Lego enthusiasts group, Tsukuba Lego Circle of Japan has created a modern version of Screwball Scramble with robotic arms, escalators and ramp. It took 600 hours and around 11,000 Lego bricks to construct this amazing machine. It is more than 21 feet in length and has 21 different modules. 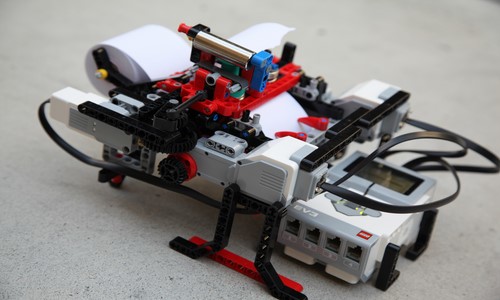 Braigo is a braille printer, designed by a 12 year old boy Shubham Banerjee on January 2014 as a science project. He built it completely with Lego pieces except a microprocessor along with some motors and sensors. The cost of a commercial printer is more than $2000 but he unveiled the Braigo’s price at $350. Later, Shubham Banerjee said that he is working on the Braigo V2.0 which could be more efficient for consumers.

Barry Bosman of Dutch Lego used over 2800 Lego of different sizes and his creativity to make a working V8 engine. It took more than 300 hours to complete. It has all parts made of Lego including pistons that generates an impressive power at 1440 RPM. It also has six speed sequential transmission that works like a normal V8 engine. Check out the video above to see the working of the engine.

A cloning device or self-replicating device is a machine that can reproduce itself using the raw materials. An artist at the Lego Mindstorms built a machine that scans the Lego cubes and makes the exact cube using its mindpower. There is another cloning device called “Lego Awareness” which scans any 3D object and rebuild it in Lego using a CAD program which sorts out all bricks according to necessity.