It has been already proven that exposure to ambient air pollution increases the risk of several diseases including asthma, lung and cardiovascular disease.

In recent years, an increasing number of epidemiological studies have also revealed that atmospheric particulate matter (PM) with diameters less than 2.5 micrometers may raise the risk of dementia, including Alzheimer’s disease.

However, the association between PM 2.5 and dementia isn’t conclusive because the underlying mechanisms remain unclear.

Recently, researchers at the University of Southern California conducted a longitudinal study to investigate whether PM 2.5 accelerates brain aging. They also analyzed the potential mediating role of elevated neuroanatomic risk of Alzheimer’s disease linked with exposure.

The team analyzed brain scans of 998 women aged between 73 and 87, who had up to two scans 5 years apart. A machine learning tool has already scored these brain scans based on their similarity to Alzheimer’s disease patterns.

Researchers also collected environmental data of locations where the 998 women used to live. This helped them accurately determine the exposure to atmospheric particulate matter.

Researchers found that women who were exposed to greater levels of air pollution suffered from more Alzheimer’s-like brain degradation and higher declines in memory as compared to their counterparts who lived in cleaner environment.

This is the first statistical study that shows air pollution affects people’s brains and degrades their memory performance.

By combining all information, the team could clearly observe the link between exposure to greater levels of air pollution, brain alterations and memory issues. The changes were consistent despite the differences in women’s race, geographic region, eduction, income, and smoking habit.

In summary, this is the first epidemiological evidence indicating long-term PM 2.5 exposure in late life is linked with accelerated degradation of episodic memory, primarily affecting new learning and immediate recall.

However, to prove the suggestion for continuum of air pollution neurotoxicity, it is necessary to replicate these findings. Researchers will conduct more neuroimaging studies to further investigate the association between changes in brain structures and episodic memory processes, underpinning the observed link between PM 2.5 and dementia risk. 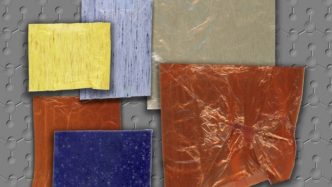