Scientists across the globe are pushing quantum computers forward, trying to arrive at the most powerful quantum computing technology. Tech giants, including Google and IBM, are racing for quantum supremacy.

But why? Quantum machines can solve certain problems a billion times faster than classical computers. As the demand for powerful processors continue to rise, and tasks become larger in scope and complexity, we will require more effective computational architectures to power solutions.

Such advances in computing technology would create millions of opportunities, across almost every aspect of modern life. According to GlobeNewswire, the global quantum computing market was valued at $507.1 million in 2019. It is projected to reach $65 billion by 2030, growing at a CAGR of 56%. North America and Europe are expected to account for over 78% in the quantum computing market.

It doesn’t mean that quantum systems will replace today’s computers. Instead, they will work alongside classical supercomputers because each has its unique strengths and advantages.

In this overview article, we have mentioned some of the primary applications of quantum computing from the vast possibilities. It will give you a better idea of what quantum computers are designed for. 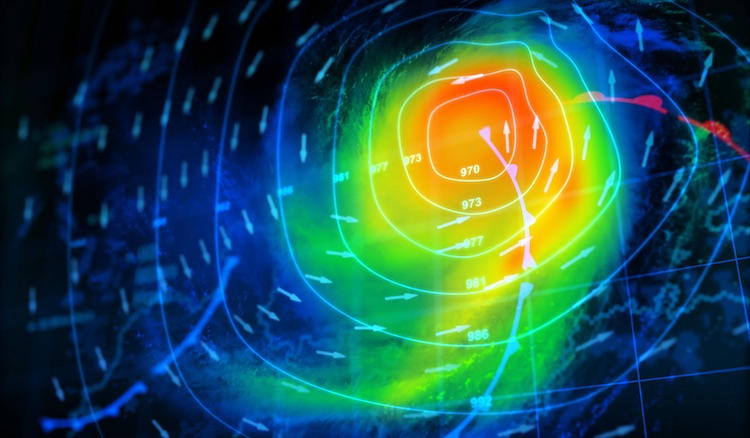 Quantum computers can be used to map extremely complex weather patterns. Unlike current weather systems, it will be able to provide forecasts for smaller, more specific regions, assisting farmers to better prepare for weather changes and helping airlines to minimize disruption.

IBM is heavily investing in weather forecasting systems. It has collaborated with The Weather Company, the National Center for Atmospheric Research, and the University Corporation For Atmospheric Research in the United States, to build a superior model that could estimate thunderstorms at a local level.

In 2019, IBM, in collaboration with The Weather Company, unveiled the Global High-Resolution Atmospheric Forecasting System (GRAF) that uses IBM supercomputers to process data from millions of sensors around the world.

When quantum computing becomes feasible, GRAF-like systems will be able to analyze billions of data every hour and forecast micro-metrological events such as the formation of individual clouds or wind eddy. 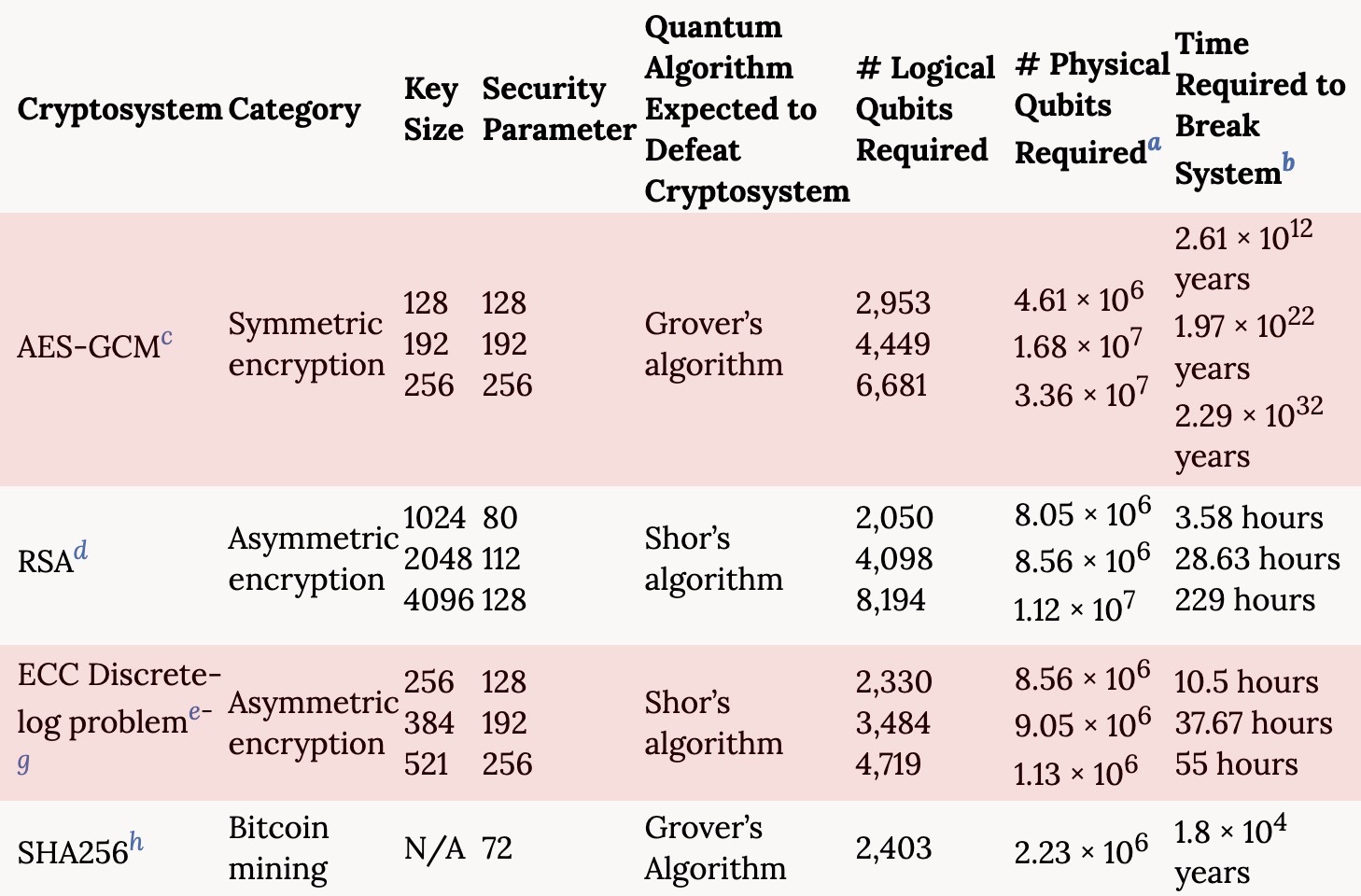 They all are just rough estimates

Quantum computers will be able to solve many problems that are almost impossible for today’s machines to figure out. This includes cracking encryption algorithms that protect the internet’s infrastructure and sensitive data.

RSA encryption based on 2048-bit numbers, for example, is broadly used for secure data transmission. It is estimated that a quantum computer with 20 million qubits could break such encryption within 8 hours.

Of course, the power of quantum computing can also be utilized to develop far secure encryption systems. Many companies, including Microsoft and Google, have already started working on quantum-safe encryption algorithms. They are currently in the theoretical and testing phase. The main challenge is to integrate these new approaches into existing infrastructure.

Quantum-safe algorithms are supposed to encrypt:

Lithium-ion batteries have come a long way: a decade ago, they could just get smartphones through the day, now they can power electric vehicles over hundreds of kilometers.

However, if we want to make more powerful, inexpensive batteries that could last longer than existing ones, we need some breakthroughs. Researchers at IBM and Daimler AG (parent company of Mercedes-Benz) are testing how efficiently quantum computers will be able to simulate the behavior of chemical compounds in batteries.

As we increase or improve the qubit states, we will be able to test bigger and more complex compounds for next-generation batteries. This type of study is the foundational work that will ultimately get us there.

Australian researchers at the University of Queensland have already developed a flexible and printable quantum dots that provide power conversion efficiency of more than 16 percent.

Non-toxic quantum dot materials such as silver bismuth sulfide nanocrystals have been extensively studied due to their abundance and safety. Although they have yet to be commercially operable on a large scale, some small companies have begun marketing quantum dot photovoltaic products. 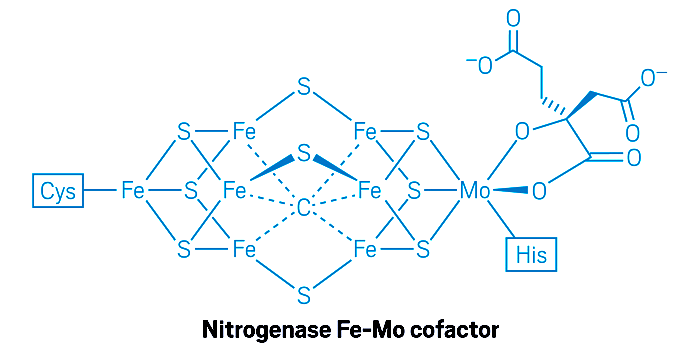 Today, ammonia fertilizer is produced through a chemical process named Haber-Bosch. It combines atmospheric nitrogen with hydrogen under high temperatures and extremely high pressures. The process uses massive amounts of energy and releases a lot of greenhouse gases.

If researchers knew the nitrogenase mechanism and behavior of transition metals in detail, they could develop more efficient catalysts for manufacturing fertilizers, as well as several other crucial chemicals required in industries.

The good news is quantum computers could one day model the primary cofactor of nitrogenase (FeMo cofactor), providing insight into its mechanisms. This would help chemists build energy-efficient industrial processes for synthesizing nitrogen fertilizers. 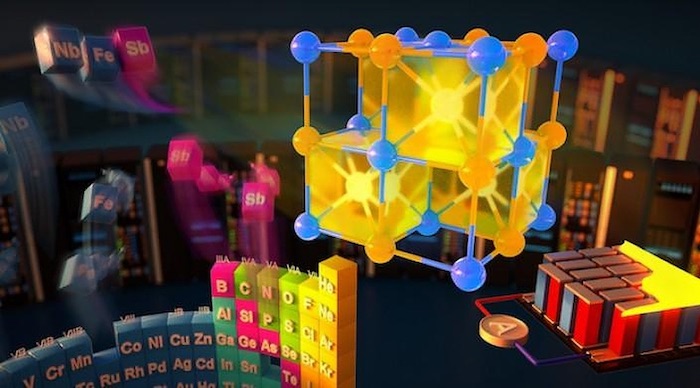 Since quantum computing is based on quantum-mechanical phenomena, such as superposition and entanglement, it can represent other quantum systems with much more ease than classical computers. For example, a quantum machine can solve Schrödinger’s equation for a molecule to calculate its allowed energy states.

It offers the capability to simulate complex molecules that conventional computers can’t. Together, quantum hardware and quantum algorithm developments promise to shake up theoretical chemistry.

By handling the noise in the qubits on a quantum machine, researchers can develop better materials with finely tuned optical and mechanical properties.

Considering the recent advances in ‘quantum noise-canceling’ techniques, we can say that the next-generation materials might be designed on quantum computers rather than figuring out the correct chemical properties by trial and error. 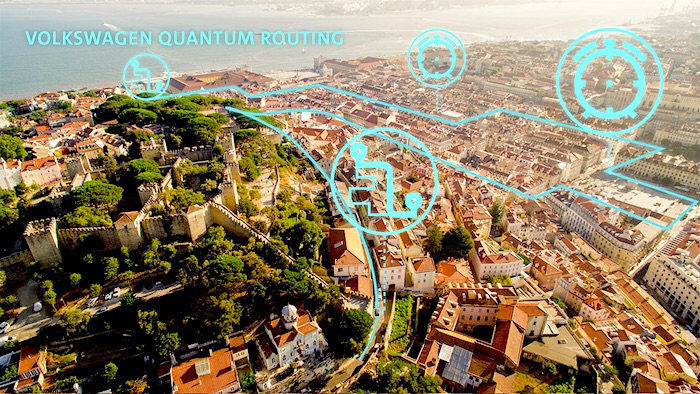 Quantum computers will mitigate many challenges presented by increasing populations and congestions amid the need for decarbonization. One of those challenges is traffic control.

Quantum technology can be used to avoid traffic jams and shorten waiting times. This means buses and taxies won’t have to travel long distances without passengers, and people won’t have to wait a long time for their cabs.

Volkswagen has already demonstrated the live use of quantum computing to optimize traffic. Its quantum routing algorithm runs on the D-Wave quantum computer and calculates the fastest travel routes individually in realtime.

Such algorithms can constantly interact with moving objects (bikes, cars, and people) and augment the entire mobility system of a city. They can also be implemented in air-traffic control for optimized routing information.

Volkswagen is not the only company working on ‘quantum traffic optimization.’ Almost all motor manufacturers, including BMW, Toyota, and Ford, are investing in quantum research. 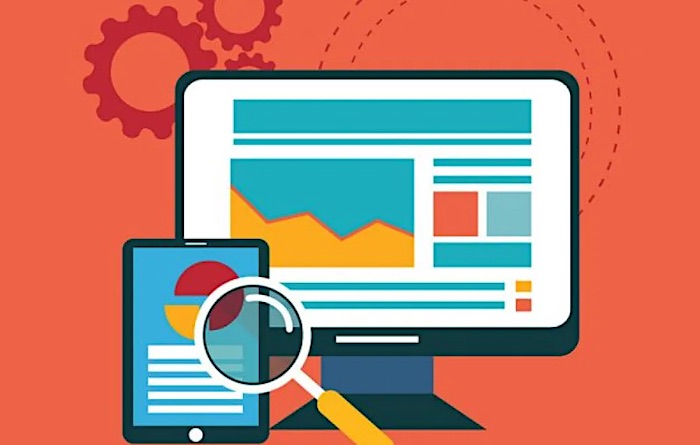 Quantum algorithms can deliver better ads by creating patterns of associations that influence purchasing behavior. Instead of delivering ads just based on the users browsing history, these algorithms will focus on how users feel after seeing an ad and what kind of ads could help brands make long-term relations with their customers.

For example, if the ad is enjoyable and makes viewers laugh or feel good, it will form a strong brand public relations. Boring or irritating ads, on the other hand, could be counterproductive.

D-Wave Systems Inc. (in collaboration with Recruit Communication Ltd) has already applied quantum computing to advertising, marketing, and communication optimization. The goal is to analyze the complex data in less time and optimize the efficiency of matching advertisements to customers in the web advertising field.

Modern markets are one of the most complicated systems in existence. In the time it takes you to read this sentence, hedge funds, investment banks, and retail investors across the world will have traded over $80 million in stocks.

For institutional investors, finding the right mix for fruitful investments, based on expected returns and associated risks, is very important to survive in the market. This involves analyzing thousands of factors that could affect stock prices. Many investment banks run ‘Monte Carlo’ simulations on classical computers for detailed analysis, which takes enormous computing resources and time.

Quantum computers are particularly designed for this sort of probabilistic calculation. By jumping on the quantum bandwagon, investment banks can not only enhance the quality of solutions but also decrease the time to develop them. Since these businesses handle billions of dollars, even a small improvement in expected returns can be worth a lot for them.

The flow of genetic information within a biological system

At present, it takes pharmaceutical companies billions of dollars and over ten years to discover a new drug and bring it to market. They run hundreds of millions of comparisons on classical computers. However, the processing capabilities of these machines are quite limited: they can only analyze molecules up to a certain size.

Consider the penicillin drug design, which contains 41 atoms: thoroughly and precisely modeling the base-state energy of the penicillin molecule would require a digital machine with more transistors than there are atoms in the observable universe.

The problem can be solved with quantum computing. As quantum hardware and algorithms become more readily available, it will be possible to compare much larger molecules. This can dramatically reduce the drug-development time and costs, empowering researchers to make new discoveries faster that could lead to cures for various diseases.

In the life sciences industry, quantum computers are expected to enable three key use cases that reinforce each other in a virtuous cycle: 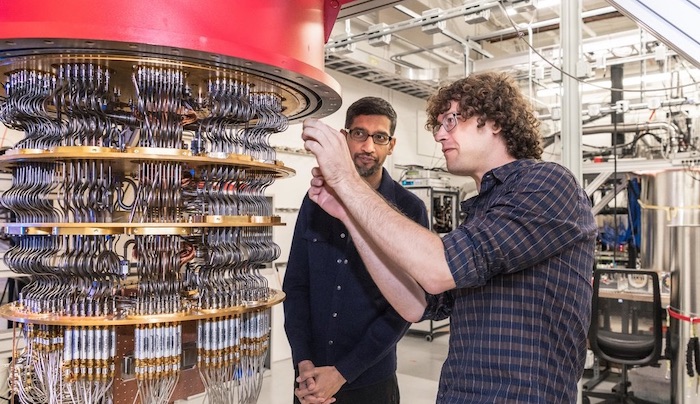 Intelligence demonstrated by machines is based on the principle of learning from experience. The more data sets you use to train AI, the more accurate it will be. Since the accuracy/strength of AI relies on analyzing millions or even billions of data points, it is an ideal candidate for quantum computation.

For certain models, quantum machine learning will be far more efficient than classic machine learning. It extends to a branch of research the explores structural and methodological similarities between specific physical systems and learning systems, in particular neural networks.

It has been said that artificial intelligence will be to the 21st century what electricity was to the 20th. We are already at the point where AI is capable enough to create another AI, so its significance will quickly escalate. 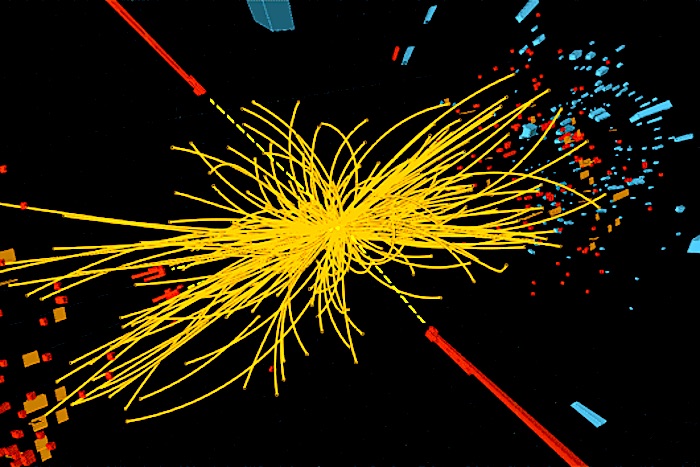 Perhaps the most exciting and useful application of quantum computing is studying new physics. Models of particle physics are remarkably complex, requiring a large number of resources and lengthy computing time for numerical simulations.

For example, experiments on the Large Hadron Collider at CERN produce an astonishing one petabyte per second of data from one billion particle collisions every second. The analysis is performed on one million CPU cores working in 170 data centers across the world. By 2027, the computing power required to process and analyze CERN’s data will increase by a factor of 50-100.

That’s where quantum computing comes in handy. It will allow physicists to simulate nuclear physics, the scattering of the nuclei, quarks as well as fundamental interactions.

CERN has already started working with IBM on quantum computers. Researchers have used the ‘quantum support vector machine’ to see how supervised quantum machine learning could be used to identify Higgs boson events in collision data.

Another team of researchers successfully simulated lattice gauge theories in a quantum computer, which describe the interaction between elementary particles, such as quarks and gluons.

Read: What Is Quantum Supremacy? And Why Does It Matter?

Overall, quantum computing is making strides in various fields, ranging from many-body physics to molecular energetics. It will disrupt current techniques and enable researchers to tackle problems they never would have attempted to solve before. 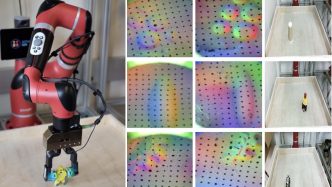