There are two main approaches to develop an artificial cell.

The second one is not as simple as it sounds: it requires developing complex biological and chemical reactions that can mimic the intricate behavior of cells.

The study is the first step towards building multiple regulatory networks for cell-like structures that is capable of exhibiting behaviors of an actual cell.

To develop this synthetic component, the scientists manipulated a photosynthetic organelle (tiny cellular structure that performs certain functions within a cell) from special compounds of the animal and plant world.

They selected 2 protein photoconverters: one from bacteria, and the other from plants. They can produce a gradient across the membrane of the cell to trigger specific reactions. 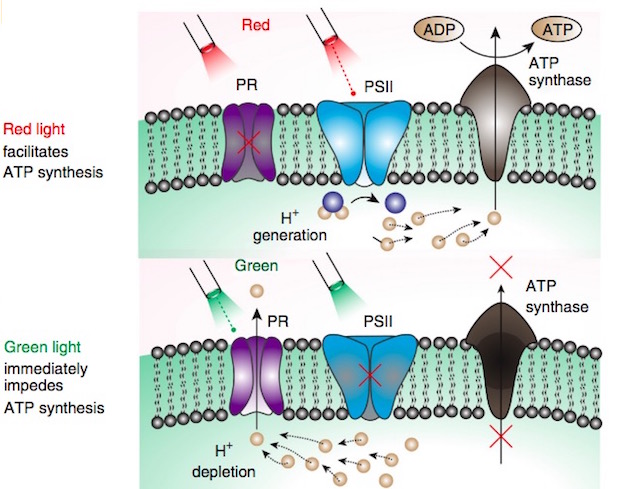 Researchers made photoconverters sensitive to two different light wavelengths – Red and Green. They submerged the proteins and enzymes within lipid membrane, which produce Adenosine Triphosphate (ATP) – an energy carrying molecule found in all living cells.

Exposing membrane to red light results in a photosynthetic chemical reaction, which eventually produces ATP. The reaction stops when the membrane is exposed to green light.

The above image demonstrates the regulation of actin production. Red light triggers more protons within organelle, which accelerates the synthesis of ATP. While green light depletes protons, which stops ATP production.

This way, scientists gained the ability to manually turn on/off the energy production. It enables them to control numerous reactions, such as typical building blocks of tissues, actin polymerization, and more.

Both analytical model and experimental results showed that the synthesis of ATP by the artificial organelles was the dominant process in actin filament growth.

What Makes This Research Unique?

This is not the first time, someone has generated ATP from unique chemical processes, but previous techniques are limited to producing single ATP at a time. The new study combines best of the animal and plant world to tweak and control the energy production of the cell. They started from individual proteins, and engineered these cells from the bottom up.

Now scientists can regulate the structure of cell membranes, and could provide a method to engineer mobile cells. One can use this bottom-up mechanism to develop other artificial organelles, for example, a nucleus-like system for genetic replication and endoplasmic reticulum for protein metabolism. 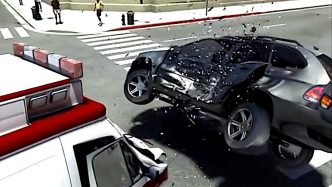 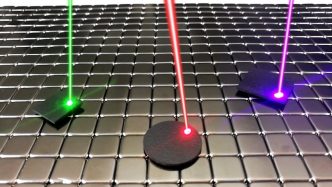