Artificial intelligence (AI) is creating a lot of buzz these days. Developers are integrating AI into almost everything: whether it’s recognizing voice in the crowd, making fully autonomous vehicles, converting videos to high quality, or developing better batteries or explosives, AI has proven its extraordinary capabilities in all fields.

From now on, AI can also smell. Researchers at the University of Edinburgh, Western General Hospital, and Loughborough University have built a deep learning-based system that can examine compounds in the human breath and detect illnesses, including different types of cancers, with better accuracy than humans.

The typical human breath carries more than 1,000 distinct volatile organic compounds, which are products of the metabolic processes that occur due to blood-gas exchange in the entire body. A breath sample consists of several information, describing pathological and physiological conditions, and thus the health status of a patient.

The machine separates each compound in the air sample, and smashes up into fragments. Now each fragment has a unique identity from which one can recognize specific compounds.

The above graph shows 3D view of a part of a breath sample from GC-MS machine. Every single peak is associated with a molecule’s fragment. Even the smallest peak plays a crucial role in identifying different substances. The specific patterns of such peaks reveal the type of illnesses a patient might be carrying, including cancers at early stages.

Today GC-MS machines are used in drug detection, environmental examination, explosives analysis, and detection of of unknown materials, including samples obtained from planet Mars in 1970s.

However, the process could be tedious and time consuming. A massive amount of complex data is required to be manually examined by specialists. Sometimes, it takes days to investigate a single sample, and since humans are prone to error, they can miss a substance or mistake one substance for another.

How AI Can Help?

Researchers have proposed a use of convolutional neural networks (CNNs) to identify volatile organic compounds autonomously from raw data. This eliminates the need of time-consuming, labor-intensive data preprocessing workflow.

They gathered breath samples from patients undergoing cancer treatment, at the Edinburgh Cancer Centre. These samples were then examined by 2 teams of computer scientists and chemists.

After manually identifying the compounds, these samples were fed to deep learning networks. The neural network computation was performed on NVIDIA Tesla GPUs using TensorFlow and Keras deep learning frameworks.

In order to further improve the efficiency of the network, the researchers expanded the original training datasets using data augmentation: the CNN was augmented 100 times.

The system performed the best when executed with 2 specific features:

The researchers focused on identifying a set of chemicals, called aldehydes, which are often responsible for fragrances, as well as human illnesses and stress conditions.

Computers integrated with this AI only take minutes to identify a breath sample that would otherwise take hours. Overall, the technology is making the entire process fast and less expensive, but above all it’s making the process more reliable.

The accuracy of the network can be further enhanced by training it on a wide range of samples. Moreover, it’s not restricted to any specific compound: one could use this AI in forensics, medicine and environmental analysis.

IBM Develops An AI That Detects Scene In A Video 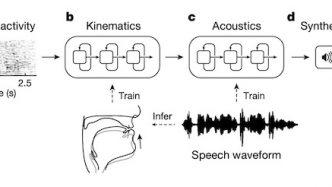