Artificial Intelligence (AI) is evolving rapidly. From search engines and SIRI to self-driving cars, it is being applied to every potential technology to help civilization flourish like never before.

What we are developing today is Weak AI, which can perform narrow tasks like facial recognition and forecast data. However, the long term goal is to build Strong AI (or General AI). While Weak AI can outperform humans at whatever its particular tasks is, such as solving equations or playing chess, General AI would outperform humans at almost all cognitive tasks.

We’ve listed a few advanced AI projects that are currently under development or developed. They demonstrate how far we’ve come in the last decade. A few of them are open-sourced, so if you’re working on your own AI project, this list would be a great help.

This is an advanced website evaluation system for rating website according to users’ opinions. While evaluating it considers some key factors like timely delivery of the product after the payment is made, support provided by the website and genuineness of the product being delivered. The system takes user’s comment into consideration and uses opinion mining approach to get to the results.

The system uses sentiment based keywords along with negative and positive weight, present in the comment section. It consists of keywords related to delivery time, services, fraud and genuineness of the product, based on which it rates the website.

This system offers a flexible rather than a fixed price in eCommerce to increase the sells. It uses 3 main techniques for automated negotiation – the game theory, decision theory and the negotiation analysis. It is capable of learning from past experience, and giving reasonable choice of negotiations on a new strategy.

Although the system is in its infant stage, it can provide better results. However, it faces some difficulties like ontology issue and communication protocol.

P.A.N is a freeware text analyzer that lets you analyze newspaper, poetry, fiction, history textbook and much more. It presents a text in such a manner that makes you see it from multiple perspective. Each result is different and reminds there is not only a single way of seeing a text.

Homes (Heuristics and Ontology-based Learning Machines and Experiential Systems) has generated productivity worth over 12,000 people, which means, it has helped Wipro to reduce its number of employees by 12,000. The platform facilitates complex decision making and currently focused on replacing a large number of human labour with artificial intelligence.

It is written in Wolfram programming Language (contains more than 15 million lines of code) and runs on over 10,000 CPUs. Its database consists of tons of datasets (gathered over many years), for example all historical and current weather, which are checked regularly for quality.

Apache Joshua is a statistical machine translation decoder for hierarchical, phrase- and syntax based translation model. This Hadoop-based grammar extractor is written in Java, and offers wide range of scripts and tools to train and evaluate new models from parallel texts.

Apache Lucene (completely different from Joshua) is a full-featured text search engine library written in Java. The free and open source library is supported by the Apache Software Foundation. Lucene can perform a fuzzy search based on edit distance, and suitable for apps that require text indexing and searching capability. 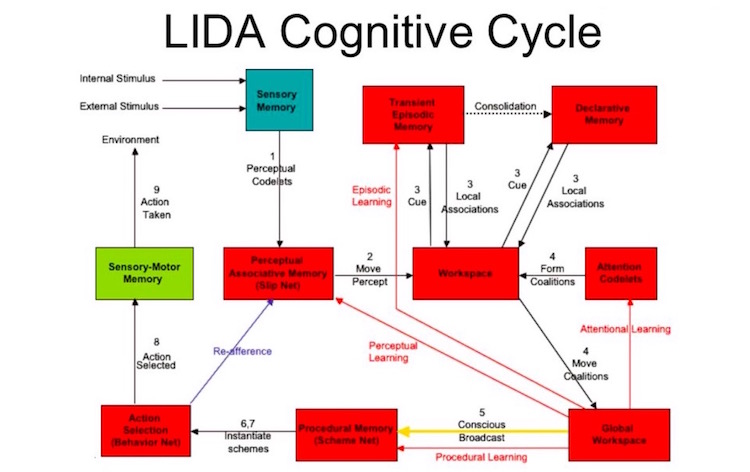 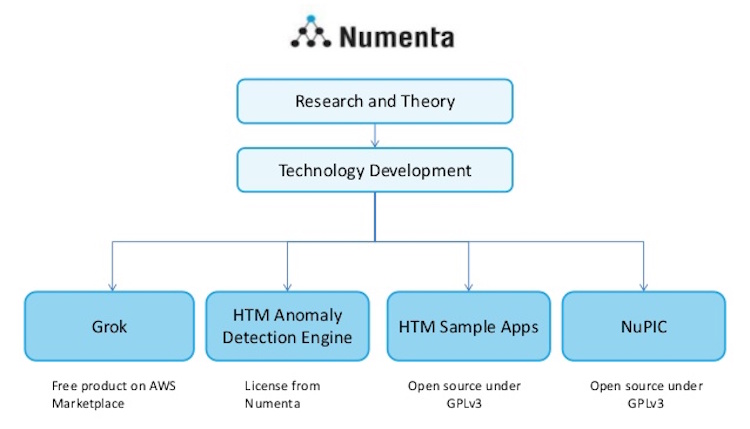 NuPic is an open source implementation of Numenta’s cortical learning algorithm. It stands for Numenta Platform for Intelligent Computing, which implements Hierarchical Temporal Memory (HTM) learning algorithms. It contains a detailed computational theory of the neocortex. At the core is time-based continuous algorithms for storing and recalling spatial and temporal patterns.

NuPic can be used in several problems, including anomaly detection and prediction of streaming information sources.

The objective is to offer a wide range of pre-designed models for different languages. Currently, it contains common classifiers like Perceptron, Naive Bayes and Maximum Entropy. 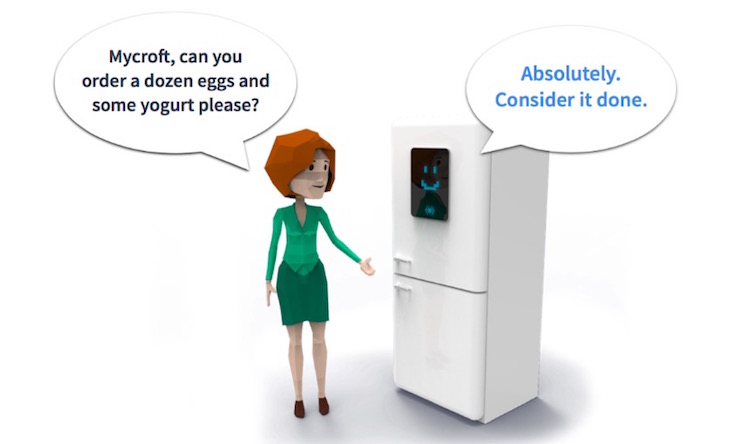 Mycroft is an open source knowledge navigator and intelligent personal assistant that uses natural language user interface. It could be used anywhere – on desktop, Raspberry Pi, inside automobiles and electronic home appliances. You can use it in anything, from small project related to science and technology to enterprise software applications.

It uses Adapt, an intent parser, to transform natural language into machine readable format. For speech synthesis it uses Flite-based Mimic. The project was started in August 2015, and till now it has raised over $2 million in 9 rounds of funding. 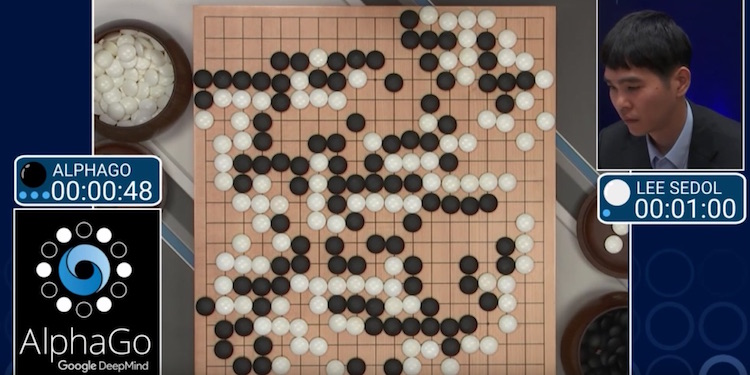 AlphaGo (developed by Google DeepMind) is a computer program that plays Chinese board game Go. In October 2015, it became the first computer program to defeat professional player on a full sized 19*19 board. The program uses a combination of machine learning and Monte Carlo tree search algorithm to find its moves by extensive training, both from computer and human play.

In October 2017, DeepMind introduced AlphaGo Zero, which is even more powerful and efficient, and is arguably the strongest Go player in history. AlphaGo Zero learns to play simply by playing games against itself, starting from random play. This enables it to surpass human level of play in less time.

Viv is a new artificial intelligence platform built by the developers of Siri. It allows developers to distribute their products via conversational, intelligent interface. Unlike Siri, it is open and can be integrated with external plugin created to work with the assistant.

The team has been working on this for more than 5 years and had raised $30 million by early 2016, after which it was acquired by Samsung Electronics. In October 2017, Samsung announced Viv technology would be used in Bixby 2.0. 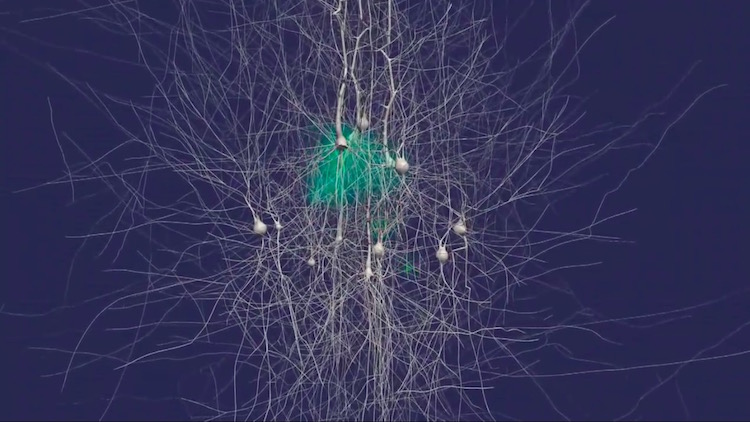 The Swiss national brain initiative, Blue Brain aims to develop a detailed digital reconstruction and simulation of the brain through reverse engineering mammalian brain. It’s a new methodology of understanding the multilevel structure and functioning of the brain.

To obtain dense maps of the brain, the project exploits interdependencies in the experimental data, without analyzing each detail of multiple level (brain regions, cells, molecules, micro-circuits).

AIBO is a series of robotic pets for home, developed by Sony Computer Science Laboratory. Although they can be used for domestic purpose as entertainment robots, they were also adopted by many universities for research in robotics and human-robot interaction. After 11 years, in November 2017, Sony introduced a new generation of AIBO.

The robot is widely used as an inexpensive platform for AI education and research, because it comes with a computer, vision system and quite cheaper than traditional research robots. Sony claims that the new version of the robot can form an emotional bond with people while providing them with affection, love and joy of raising a companion. The robot dog is integrated with two OLED panels in eyes to show different expressions, and compact actuators that enables the body to move along 22 axes. 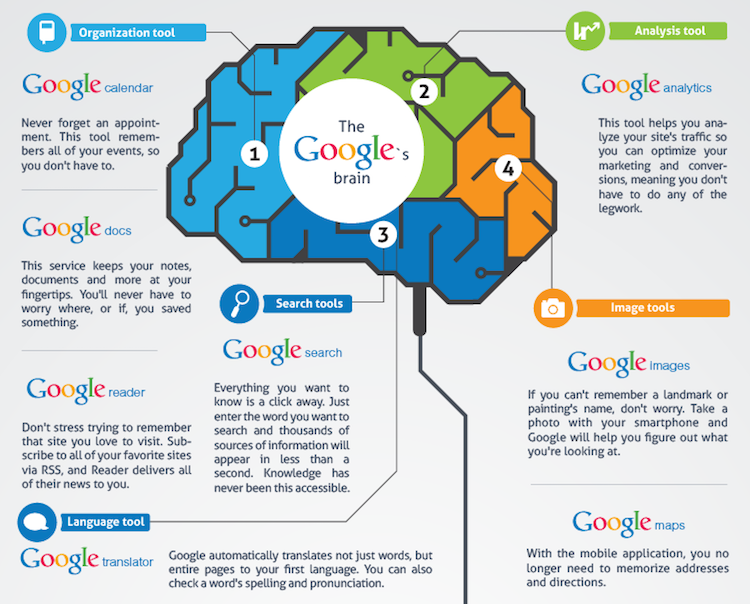 A deep learning research project that combines system engineering with open ended machine learning research and Google computing resources. It has a simple and clear objective – improve human lives by making machines smarter. The project began in 2011 as a part time research and now it has more than 240 publications.

In October 2016, Google Brain Team successfully developed an AI-devised encryption system. In February 2017, they announced an neural network image enhancement system that would fill in details in low resolution images — it could transform 8*8 resolution into 32*32. 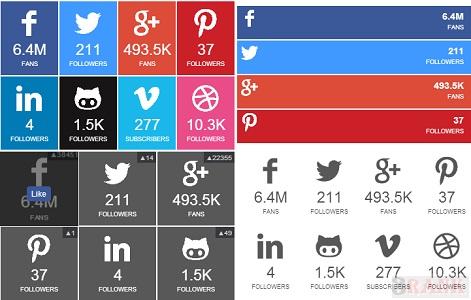 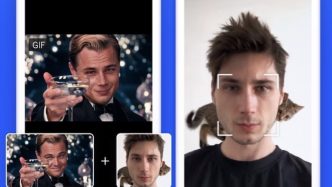