The market of Artificial Intelligence technologies is rising at an enormous rate. According to a survey, around 40% of businesses are already using AI, and it’s expected to grow 62% by 2018. Tech giants including Google and Baidu spent between $20 billion to $30 billion on artificial intelligence in 2016, of which 90% was spent on research and development and 10% on AI acquisitions. Forrester Research estimated more than 300% increment in AI investment in 2017 compared to 2016.

The star investor of “Shark Tank”, Mark Cuban said, ‘the worlds first trillionaires are going to come from someone who masters artificial intelligence and its derivatives and implements it ways other tech giants never thought of’. According to statista, global revenue of AI market would cross $59 trillion by 2025.

A new computer science sub-discipline, coined in 1955, “Artificial Intelligence” is now widely used in object identification, image recognition, detection and classification. Keeping that in mind, we are presenting some useful AI tools, frameworks, libraries and platforms (in no particular order) to help entrepreneurs make the most out of their work and uplift productivity. 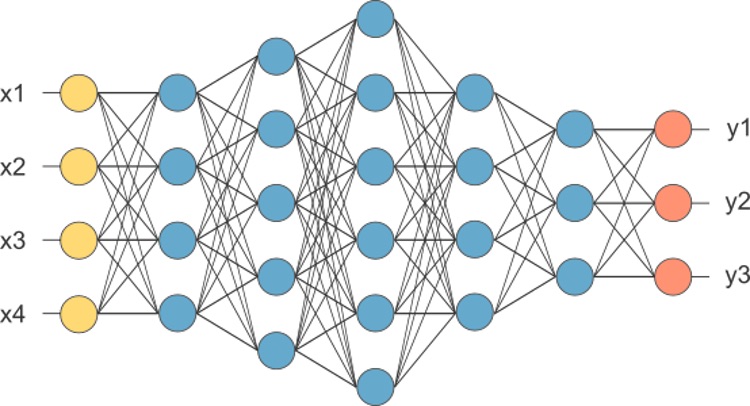 Open Neural Network library is written in C++ for advanced analysts and implementing neural networks. It outperforms in terms of memory allocation and execution speed. It’s able to implement n number of layers of non-linear processing units for supervised learning. OpenNN is packed with several data mining algorithms (bundled as functions), which could be embedded in other tools for integration of predictive analytics tasks. 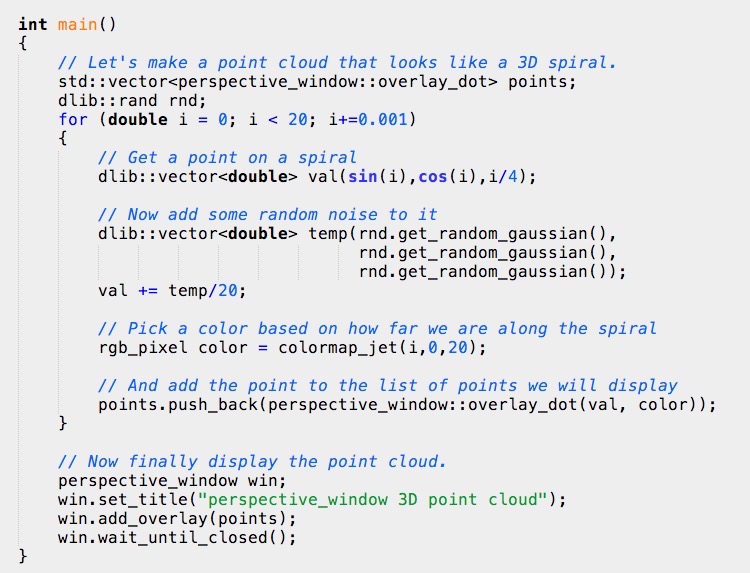 Since it’s an open source toolkit, you can use it in any application, free of charge, and unlike other open source project, Dlib provides complete and accurate documentation for every function and class.

Apache Incubating’s project, SINGA focuses on distributed deep learning by segmenting the model and the data onto nodes in a cluster and parallelize the training.

SINGA has a flexible architecture, which could operate on several hardware, and has an emphasis on applications related to healthcare. Companies like yzBigData, NetEase, Shentilium are already using SINGA for their applications. 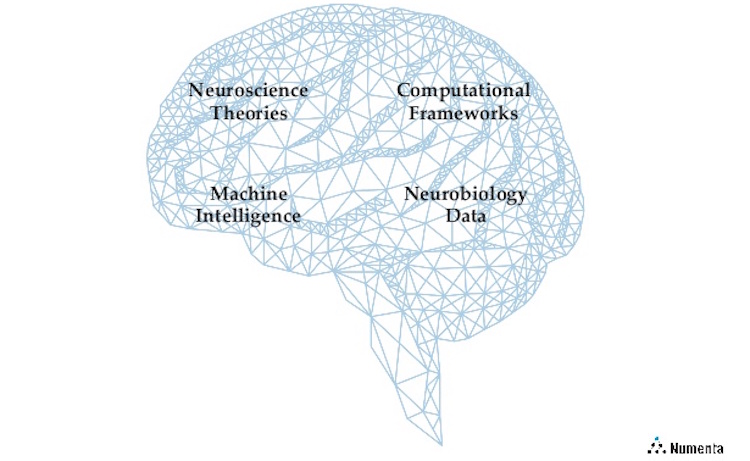 Numenta is an open source artificial intelligence project based on a theory known as Hierarchical Temporal Memory (HTM). It’s an attempt to build a computer system modeled after the human neocortex. The aim is to develop machine that could achieve or exceed human level performance for several cognitive tasks.

The HTM algorithms are available at Numenta.org. It could be used to address a wide range of problems, including streaming data, underlying pattern in data change over time, time-based and subtle patterns. 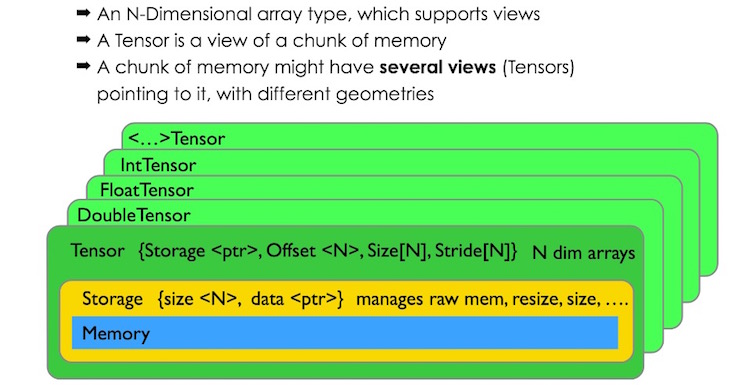 The objective is to achieve maximum speed and flexibility in developing scientific algorithms while keeping the process as simple as possible. It’s sometimes known for putting GPUs first. Furthermore, it can be ported to Android and iOS device.

It provides more than 80 high-level operators for building parallel applications. Also, you can use it interactively from Python, Scala and R shells.

However, the development process of Mahout is still in progress. The quantity of implemented algorithms has increased rapidly, but several algorithms are still missing.

At present, MXNet is supported by Microsoft, Baidu, Wolfram Research, Intel, and several institutes, including University of Washington, MIT, Carnegie Mellon and Hong Kong University of Science and Technology. Moreover, Amazon has selected MXnet as its deep learning framework at AWS. 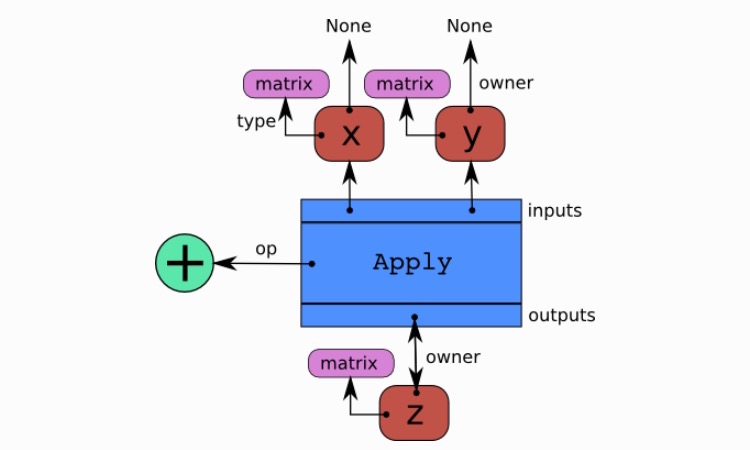 Theano is a Python library that lets you efficiently define, optimize and evaluate expressions associated with multi-dimensional arrays. It does derivatives for functions with one or more inputs, on CPU or GPU machine code.

This open source deep learning library is capable to detect and diagnose a wide range of errors, making it the perfect candidate for extensive unit testing and self verification.

For digital signal processing and matrix/vector computation, the tool depends on Apple’s Accelerate framework. Furthermore, it has been used to develop software that can recognize human handwriting patterns. 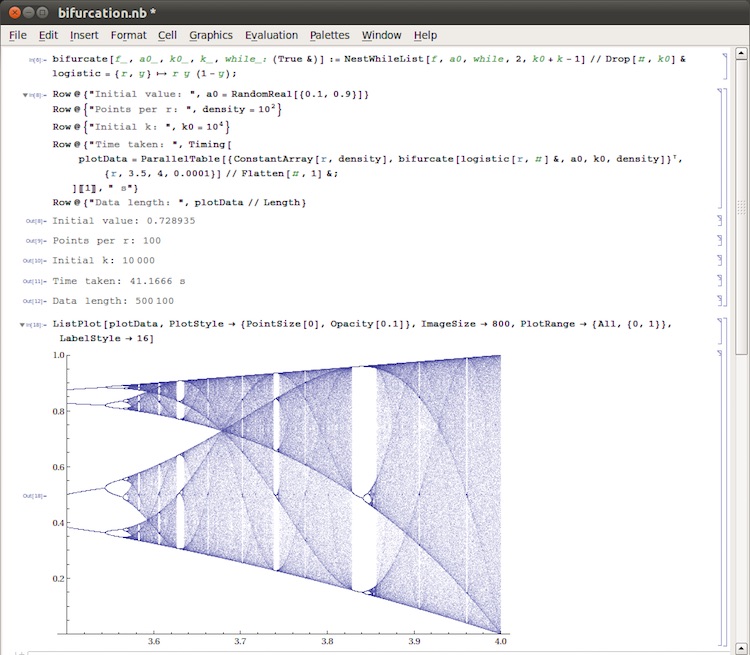 Wolfram Mathematica is a mathematical symbolic computation program used in numerous engineering and scientific fields. The tool uses Wolfram programming language and is seamlessly available on all modern desktop systems, as well as in the cloud via web browser. 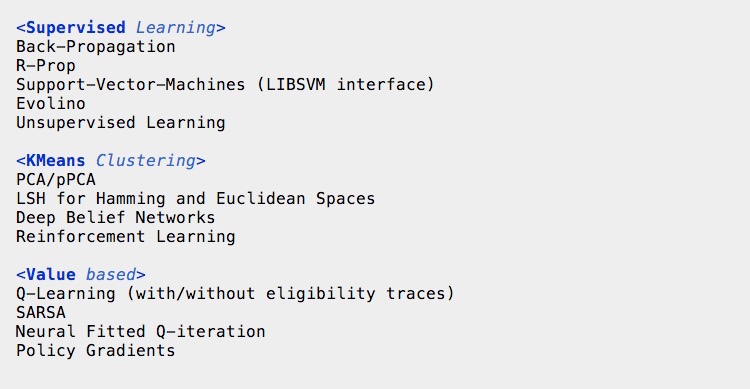 PyBrain is Python-Based Reinforcement learning, Artificial Intelligence and Neural network library, which can be used in entry-level student’s project as well as in state-of-the-art research. This open source library is developed around neural network in the kernel and all training methods take a neural network as to-be-trained instance, making PyBrain an efficient tool for real world operations.

It has an emphasis on network architectures that can be trained and operated by all algorithms provided by PyBrain (shown above in the image). This includes feed-forward networks, multi-dimensional recurrent networks, bidirectional networks and custom topologies. 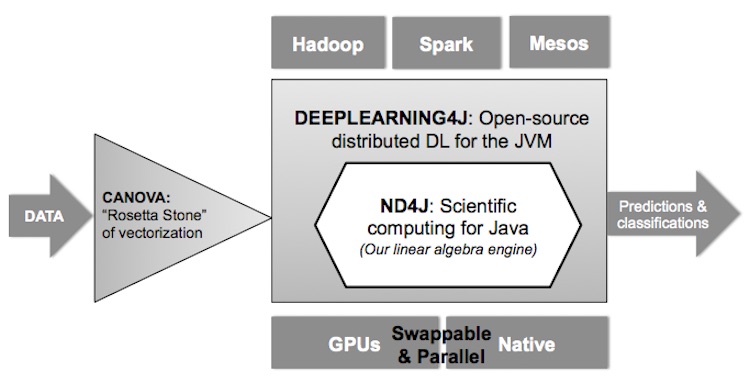 It’s an open source deep learning library for JVM, written in Java and Scala. It leverages Hadoop and Apache Spark to accelerate training, and machine learning algorithms could be implemented from the scratch. In a nutshell, it allows you to compose deep neural nets from several shallow nets, each of them forming ‘layer’.

Despite of many advantages, Deeplearning4j cannot depend on increasing codebases as much as other libraries can. Since it is developed in Java, you need to write explicit classes manually to add matrices together, which isn’t the case in Python. 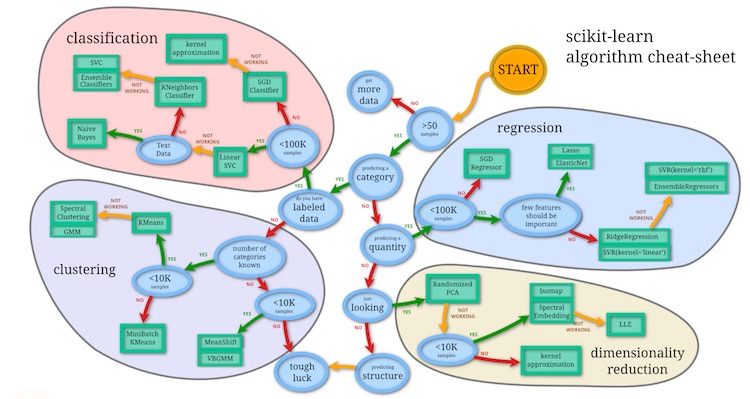 One negative point is that you have to write new layers in C++/Cude, it might be hard to use if you are planning to write protofiles for huge networks. 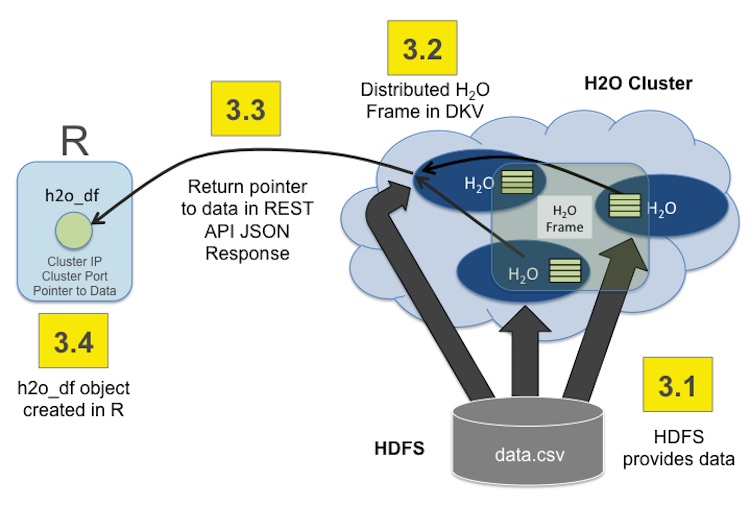 H20 is open source deep learning software used by more than 100,000 data scientists and over 10,000 organizations. It has an interface for Java, Python, Scala and R programming languages. It supports smarter applications, including deep learning, generalized linear modeling, gradient boosting, random forest, and many more.

It brings all popular frameworks (like Caffe, MXNet, TensorFlow) under the same user interfaces as the H2O platform. In addition, it creates complex deep networks of up to thousands of layers with terabytes of data. Processing big datasets becomes orders of magnitude faster.

Cognitive Toolkit (CNTK) is an open source deep learning toolkit developed by Microsoft. You can either include it as a library in C++, Python or C# code, or use it as a standalone machine learning toolkit via BrainScript – its own model description language. If you talk about resource usages, it does support memory sharing and parallelism with accuracy on multiple GPUs.

It describes neural network as a chain of computational steps through a directed graph. Although the tool is flexible, the source code are difficult to read and lacks in visualization field.

Orange is an open source software package for machine learning, data visualization and data mining. It has a wide range of widgets, ranging from subset selection and preprocessing to empirical evaluation of learning algorithms. Users can create workflows by either linking widgets or use Orange as a Python library to manipulate data and widgets.

With Orange, you can mine data from external sources, process natural language, conduct network analysis and perform association rule mining. Molecular biologists and bioinformaticians can use this tool to analyze and rank genes according to their differential expression. 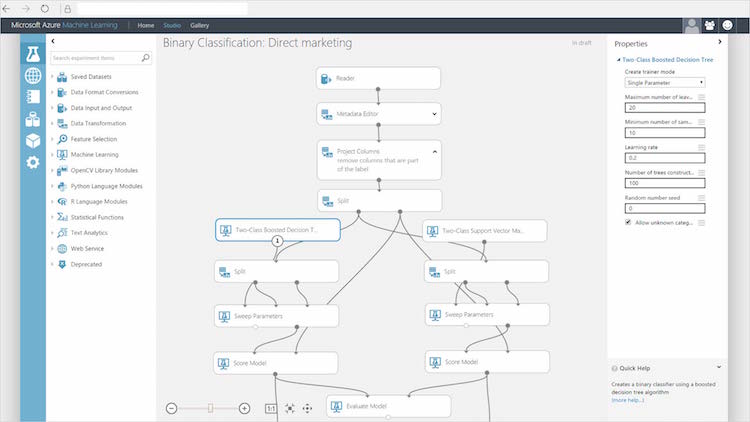 Microsoft Azure is a browser based tool for those who don’t have advanced programming skills. It offers several tools for deploying predictive model as analytic solutions on a drag-drop interface. You can use it to run algorithms, create recommender system and test machine learning models. The tool supports two-class decision forest, PCA-based anomaly detection for custom code.

However, some developers have criticized Azure for its unintuitive UI and poor performance, especially when it comes to writing code.

It’s a neural network library (written in Python) that focuses on being modular, minimal and extensible. This open source library contains several implementations of frequently used neural network building blocks like layers, optimizers, activation functions, layers and a set of tools that makes working with text data and image easier.

As of September 2016, it’s the 2nd fastest evolving deep learning framework after TensorFlow. It has come a long way and there is not telling where it could reach in upcoming years. 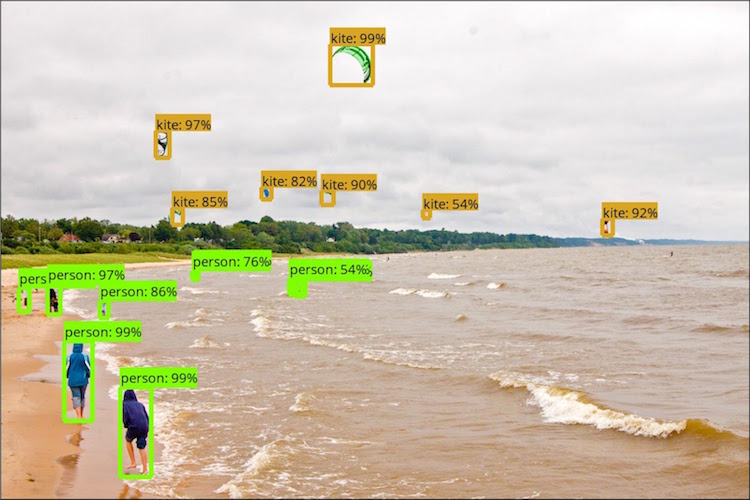 Its flexible architecture allows users to deploy operations to more than one CPUs/GPUs on all platforms (server, desktop, mobile) without requiring to rewrite code. The tool is mainly used for detecting and deciphering patterns and relationships, similar to human learning and reasoning. 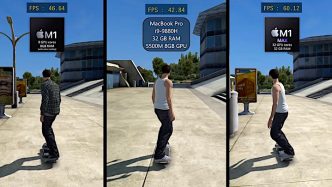