The concept of artificial photosynthesis — a process of transforming sunlight, water, and carbon dioxide into oxygen and carbohydrates — is not new. It was first proposed by an Italian chemist Giacomo Ciamician in 1912.

Continuous and sustainable operation of artificial photosynthetic system demands a constant supply of carbon dioxide captured from dilute sources (such as air and flue gas) to produce fuels and chemicals.

The architecture of such systems is quite similar to that of the natural leaves, but they lack a crucial ingredient: stomata to capture carbon dioxide directly from dilute sources. The existing state-of-the-art artificial leaves (that mimics photosynthesis) have the potential to reduce carbon dioxide from the atmosphere, but they only work in the laboratory under pressurized tanks filled with carbon dioxide gas.

Recently, chemical scientists at the University of Illinois, Chicago, published a solution to bring these artificial leaves into the environment. The new, enhanced leaf would convert carbon dioxide (from the atmosphere) to fuel, and as per the design, it would be 10 times more efficient than natural leaves.

In order to use artificial leaves in the real world, it’s necessary to improve them in such a way that they can draw carbon dioxide from the air and flue gas that comes from coal-fired power plants. In fact, the overall solar-to-fuel efficiency of artificial leaves depends on the performance of the carbon capture and conversion systems, and their integration.

To effectively gather carbon dioxide from the atmosphere and carry out artificial photosynthetic reactions, a transparent capsule can be used to completely cover the conventional artificial leaf. As per the researchers’ new design, this capsule is built of semi-permeable membrane of quaternary ammonium resin.

The membrane is filled with water, which evaporates in the presence of sunlight. As water molecules evaporate through the membrane (from the bottom of the leaf, shown as white and red balls in the figure), the bio-inspired leaf selectively captures carbon dioxide (red and black) from the atmosphere. 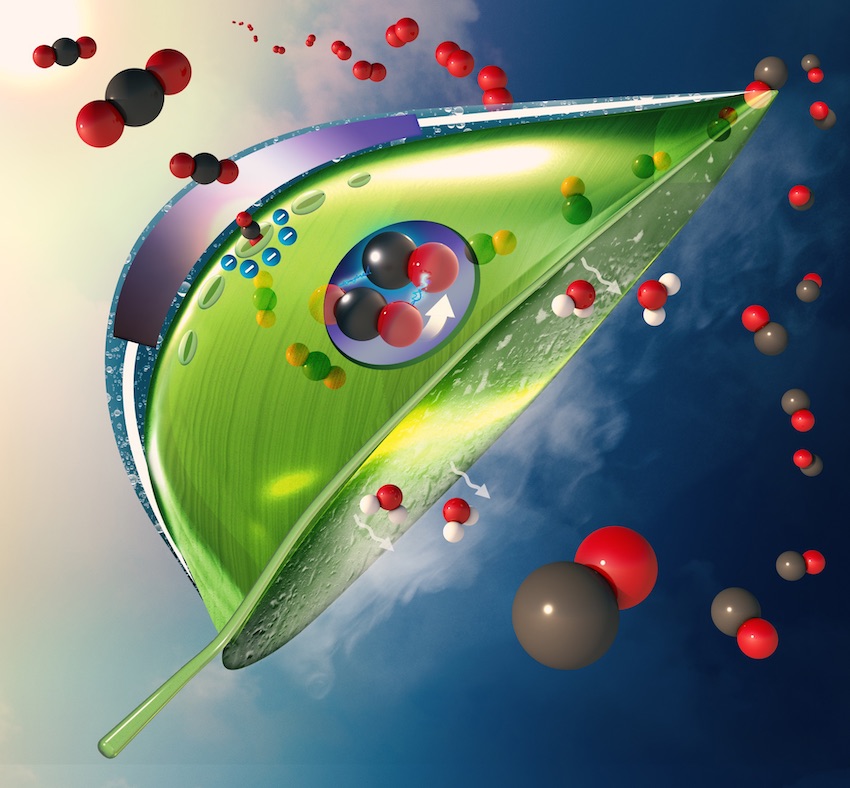 The artificial photosynthetic unit (shown as a purple ellipse in the center of the leaf) contains a light absorber coated with specific electrocatalysts. It transforms the carbon dioxide to carbon monoxide, as well as produces oxygen (double red balls).

Carbon monoxide can be used to create a variety of synthetic fuels, high power infrared lasers, and many useful compounds such as methanol and acetic acid. Whereas, oxygen produced in this process can either be accumulated or released into the atmosphere.

How Efficient It Can Be?

Calculations show that a total of 360 leaves, each 170 centimeters long and 20 centimeters wide, would generate approximately 450 kilograms of carbon monoxide every day. These 360 leaves, placed over a half-kilometer square area, would bring down carbon dioxide levels by 10% within 100 meters of the surrounding air in a single day.

The materials and techniques described in this solution are already available in the market. If successful, the method can significantly reduce the amount of greenhouse gasses in our environment. 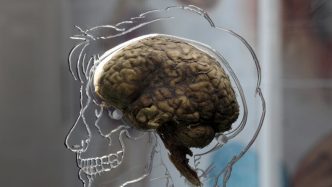 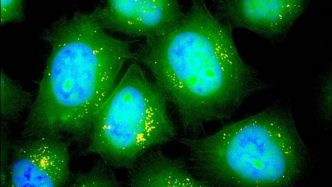