Today, Artificial Intelligence (AI) has become one of the hot topics and biggest research fields; every giant tech company and even startups are working on it. It’s a very broad topic ranging from basic calculators and self-steering technology to self-aware robots that can radically change the future. Developing systems that equal or exceed human intelligence is the crux of AI.

According to Mark Cuban (American businessman and investor), AI will make the world’s first trillionaire. ‘The first trillionaire is going to be someone who masters Artificial Intelligence and all its derivatives and implements it in ways we never thought of,’ he said.

If you are an AI aspirant who is confused about which coding language to select for your next big project, you are landed at the correct destination. Below we’ve shown which programming language is best for developing AI software. 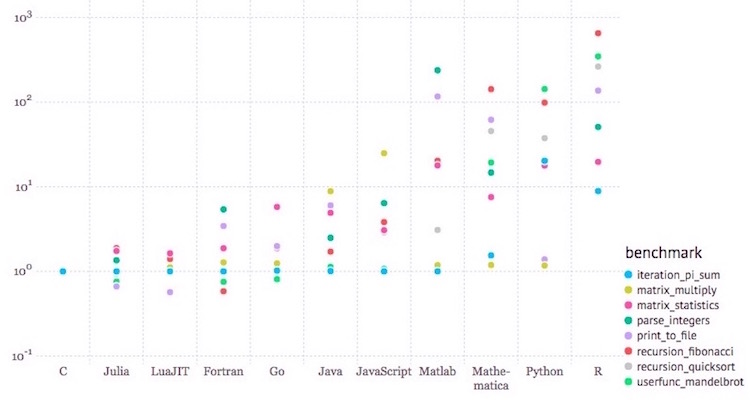 Julia is designed to deal with high-performance numerical analysis and computational science without the typical requirement of separate compilation. It includes a type system with parametric polymorphism and multiple dispatches as its core programming paradigm.

Julia’s deep mathematical roots and comprehensive customizability make it very friendly to work with for a data analyst. With Julia, it’s quite easy to translate algorithms from research paper into code with no loss in translation – thus decreasing model risk and improving safety.

However, the most important factor is the community – It’s an open-source language, licensed under the liberal MIT license. Julia runs on almost all types of hardware out there, including IBM, Intel, NVIDIA, and ARM.

Since Julia combines the ease of use and familiar syntax of Matlab, Python, and R with the speed of C++, developers no longer need to estimate models in one language and reproduce them in a faster production language. This reduces error and saves time and cost.

This language is now used by the world’s biggest companies. In 2016, IBM and Julia computing analyzed eye fundus images and developed deep learning solutions that provide better eye diagnosis and care to thousands of rural Indians. 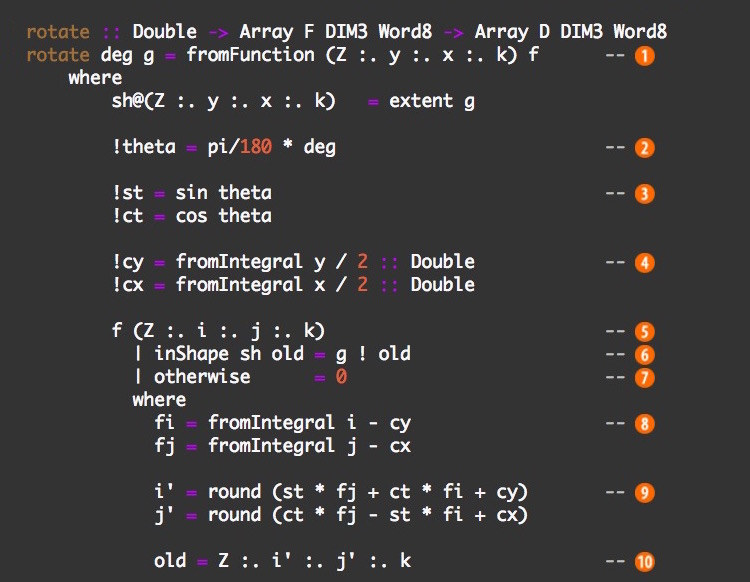 Haskell in strong static typing, a non-strict programming language developed in 1990. Since there are not many Haskell developers, private companies are reluctant to try Haskell.

One thing that Haskell is perfect at is abstraction (abstract mathematics, not like Java OOP). It allows expressive and efficient libraries to express AI algorithms. For example, HLearn that uses well known algebraic structure (modules, monoids, etc.) to express and boost the speed of simple machine learning algorithms.

Although you can write these algorithms in any language, Haskell makes them more expressive than others while maintaining decent performance. For instance, faster cover trees is written in Haskell.

The language has CUDA binding and is compiled to bytecode. Since it is functional and stateless, code can be easily executed on different CPUs in the cloud. If we talk about industry adoption, Facebook uses Haskell to fight spam.

A high-level, event-driven, interpreted programming language that is mostly used to make webpages interactive and creating online programs, including games.

In JavaScript, it’s not essential to learn a conversation model. Learn data on server-side and then call the learner by Ajax to predict. There are numerous libraries to develop your leaner. We are summarizing three of them –

Mind: It uses matrix implementation to process training data. You can completely customize the network topology and upload/download minds that have already been learned.

In short, you don’t have to reinvent the wheel – just determine what type of ‘learning’ the AI will do.

Prolog is a logic programming language and semantic inference engine associated with computational linguistic and artificial intelligence. It has a flexible and powerful framework that is widely used for theorem proving, non-numerical programming, natural language processing, and AI in general.

Prolog is well suited for problems involving structured objects and relations between them. For instance, in Prolog, it is easier to express spatial relationships between objects, like a green triangle is behind the blue one. It is also simple to state a general rule – if object A is closer to the person than object B, and B is closer than C, then A should be closer than C.

Prolog’s nature makes it simple and straightforward to implement facts and rules. If fact, everything in Prolog is a fact or a rule. It allows you to query the database even when you have thousands of these facts and rules.

Prolog supports the development of graphical user interface, administrative and network applications. It is well suited for projects like voice control systems and filling templates.

The best thing about the Java language is its Java Virtual Machine technology that enables you to create a single app version, which will run on all Java-supported platforms. Its strengths are transparency, maintainability, and portability.

The major advantage is its versatility – if you are a beginner, there are thousands of useful tutorials available on the internet (for free) that make your learning easier and more effective.

Some of the well-known applications developed in Java are

Lisp is one of the oldest (developed in 1958) and prominent language created by Dr. John MaCarthy, who coined the term ‘Artificial Intelligence.’ Although it is not used much these days, the language is both flexible and extendable.

It was originally developed for Lambda Calculus computation, and since its inception, it has evolved a lot. The language introduced many ideas in computer science, such as recursion, dynamic typing, higher-order functions, automatic storage management, self-hosting compiler, and tree data structure.

Lisp is used for developing Artificial Intelligence software because it supports the implementation of a program that computes with symbols very well. Symbolic expression and computing with those is what Lisp is good at.

Also, Lisp consists of a macro system, a well-developed compiler that can produce efficient code, and a library of collection types, including hashtables and dynamic-size lists.

There are thousands of AI applications developed in Lisp; some of them are – 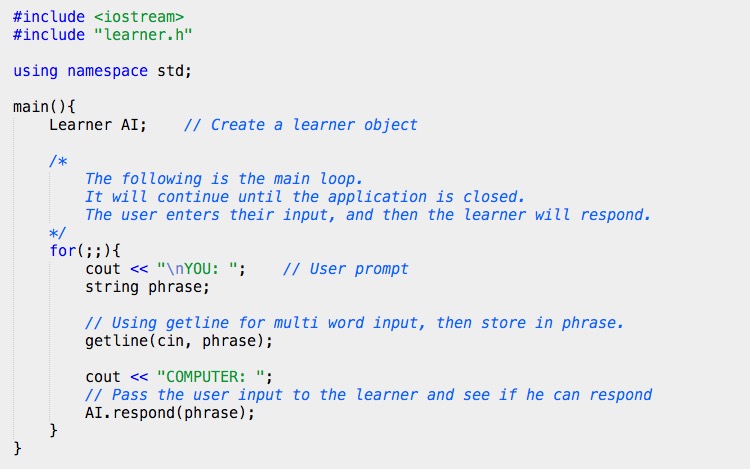 C++ is faster than other languages – its ability to communicate at the hardware level allows you to improve code execution time. It is extremely useful for artificial intelligence projects that are time-sensitive. It can be used for statistical AI approach like those found in neural networks.

With faster execution time and OOP principles, C++ makes itself a good candidate for AI programs. In fact, a vast portion of machine learning and deep learning libraries are written in C/C++ and offers APIs for the same and wrapper for other programming languages.

If you want to have control over runtime and performance, C++ is obviously a good choice here. The templates are safer (type safety) to use, and they provide a better way for generalizing APIs. Although templates are a powerful technique that can simplify most things, they require more time and experience to decide when their usage is appropriate.

Python is focused on DRY (don’t repeat yourself) and RAD (rapid application development). Developed in the early 1990s, Python has become one of the fastest-growing programming languages because of scalability, adaptability, and ease of learning.

Python’s holistic language design, balance of low-level and high-level programming, modular programming, and testing frameworks make it different from the other language. The next advantage is the fast prototyping. AI is about 80% research. In Python, almost all ideas can be quickly validated via 30-40 lines of code.

The list of Python applications is really long. It is used in image processing and graphic design programs, games, web frameworks, enterprise, and business applications, and much more. Some of the biggest websites developed in Python include YouTube, Reddit, Quora, Dropbox, and Disqus. 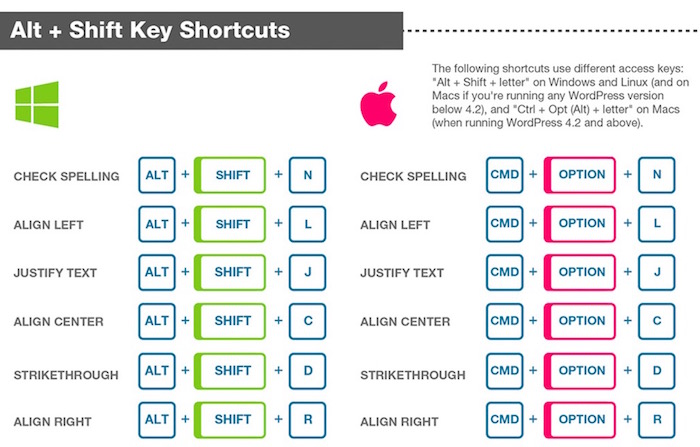 15 Mobile App Search Engines | for both Android and iOS