The world of virtual currencies is getting crowded with alternative coins called cryptocurrency/digital currency. There are more than 700 cryptocurrencies available for trade in online markets. Not all of them are created equal. Some features impressive backlog technology behind its creation while some were created just for fun.

Like any other assets (for example property or stocks), its price can rise or fall in no time, making them highly volatile or risky investments.

How Does Cryptocurrency Work?

Cryptocurrency are brought into existence by “mining”, a process of confirming transactions and adding them to a public ledger. It has the purpose of confirming a record of accounts and movements, known as blockchain.

Coins are given to successful miners as a reward. Once generated, coins are stored in password protected wallets, and they can be transferred from one wallet to another. Each transaction gets added to the blockchain after being verified by the mining activity.

The total number of coins to be generated is limited, and the velocity of coins generation is variable. Usually, it starts out very fast and gets progressively slower towards the end of the programmed stash of coins ever to be issued.

The massive success of Bitcoin has led to the development of many alternative cryptocurrencies, called altcoins. We are listing some of them as they are cheaper and easier to buy online or mine.

However, on the downside, they are not universally accepted at all exchanges and there is no guarantee that any of these altcoins will ever be as valuable as Bitcoin. For those who are willing to take the risk, continue reading.

Stellar is an open source platform that connects banks, payment system and people. It creates a global value exchange network where each server stores a record of all “accounts” on the network. These records are stored in a database known as ledger. The changes are made to the ledger via “transactions”. All servers come to agreement on which set of transactions to apply to the current ledger through a process known as “consensus”. This happens at regular interval, usually every 2 to 4 seconds. It keeps server’s copy of the ledger in sync and identical.

Various businesses and nonprofit organizations are implementing Stellar as financial infrastructure, one such example is Praekelt Foundation. As of October 2016, Stellar’s market capitalization is over $18 million.

Read: 28 Crowdfunding Websites to Turn Your Dream Project Into Reality

Like Bitcoin, Factom is a distributed autonomous protocol. It uses factoid (a token) to reward servers for running the protocol. The protocol requires users to use entry credits to create chains and add entries to those chains. Factoids are converted into entry credits.

However, if you develop an app on Factom, you’re dependent on Factom’s servers. If servers fail, your application stops working. You’ve to continually acquire Factoids to write data to Factom, or you’ve to purchase entry credits from middleman.

With Waves, you can create your own custom token that can be transferred, swapped and traced on integrated decentralized exchange, which does not depend on a central authority, server, or static infrastructure.

Waves integrates its own crowdfunding platform, Crowdstarter that allows entrepreneurs to release their project easily in a decentralized manner. As of October 2016, their market capitalization is around $20 million. 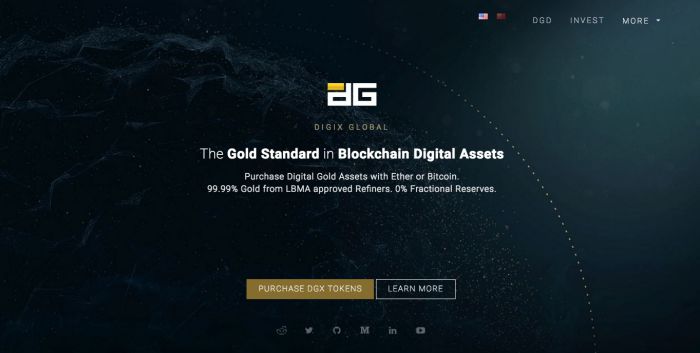 Digits is an asset-tokenization platform developed on Ethereum. They leverage the blockchain’s immutability and auditability by applying it to precious physical assets (like gold). The Digix Token is a cryptocurrency minted and traded on the Ethereum platform. Its current market capitalization is over $23 million. 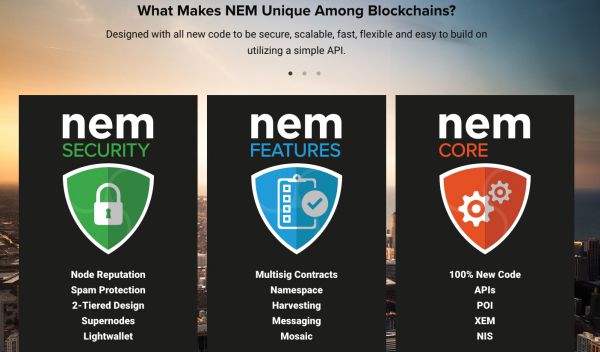 Inspired by Nxt, a Bitcoin Talk forum user called UtopianFuture, started NEM in early 2014. The aim was to create a community-oriented cryptocurrency from the ground up. It was released in March 2015, and was all written in Java. NEM uses a client-server model where the infrastructure server runs independent of the community client.

NEM has introduced new features in blockchain technology in its POI (proof-of-importance) algorithm. It features integrated P2P secure, multisignature accounts, and encrypted messaging system. It is tested by private companies and financial institutions in Japan. As of 2016, its market capitalization is approximately $40 million.

Steem is a block chained based social media platform where anyone can earn rewards by posting content valued by others and by being the first to upvote popular content. It combines the concepts of social media with lessons from building cryptocurrencies and their communities.

Steem is the first cryptocurrency that attempts to transparently and accurately reward users who make subjective contributions to its community. As of October 2016, its market capitalization is over $50 million. 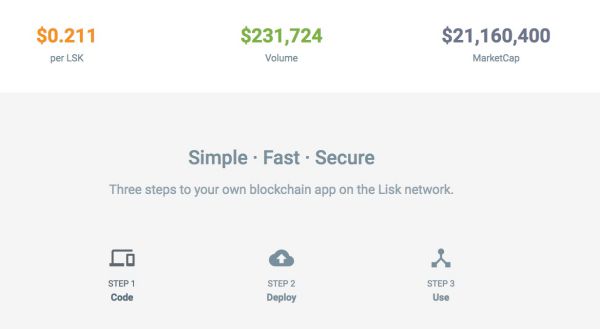 Released in May 2016, Lisk is first modular cryptocurrency utilizing sidechains. You can use it to make your own decentralized applications in the JavaScript, including eCommerce store and social media platform. Each app runs on its own sidechain, and in the future all apps will be executed in the Lisk VM to ensure they are safe to run on any node. It uses DPoS (Delegates Proof of Stake), PostgreSQL database and it is completely open source.

At the time of its launch, Lisk was the second most successful crowdfunded cryptocurrency. As of September 2016, its market capitalization is around $21 million.

Safecoin is a cryptocurrency for SAFE (Secure Access For Everyone) Network, which is a secure decentralized data platform. This network is made up of the unused hard drive space and processing power of its user’s machine. You can provide space in your PC in exchange for coins.

All coins are distributed entirely by the algorithms. There will be 4.3 billion coins in circulation at one time and each will have its own unique identity. As network data is fetched from a computer, the network pays safecoin to the user. Total market capitalization of safecoin is approximately $40 million.

Read: 20+ Apps That Can Earn You Extra Money and Rewards

Dash (Digital Cash) is privacy centric cryptocurrency that offers instant transaction, private transaction and token fungibility. Instead of using SHA-256, it runs on 1 rounds of different hashing functions called X11 for the proof-of-work.

Dash was originally released as XCoin in January 2014, and within the first hour of launch, 500,000 coins were mined, followed by another 1 million coins in the next 7 hours. It is the first decentralized autonomous organization, and as of 2016, Dash is among the top 7 most popular cryptocurrencies. In August 2016, it had a market capitalization of $80 million.

Dogecoin was originally made as a “joke currency” in December 2013, but it quickly gained real followers and reached a capitalization of 60 million in January 2014. It was created by Billy Markus (a programmer from Portland) in hope to create a fun cryptocurrency that could reach a wider demographic than Bitcoin. Unlike other cryptocurrencies, there is no limit to how many Dogecoins can be produced.

Dogecoin is a decentralized, peer-to-peer digital currency, which is frequently used to tip users in forums, and sent as donations in fundraising efforts. As of March 2016, it had a capitalization of $22 million.

Monero is an open source pure proof-of-work cryptocurrency, launched in 2014. Unlike many cryptocurrencies, Monero is based on the CryptoNote protocol and possesses significant algorithm differences relating to blockchain obfuscation. It primarily focuses on privacy, using the ring signature technology, which makes it secure and untraceable.

With $138 million market capitalization, Monero is mostly used by people wishing to remain incognito on the web. Its main emission curve will issue 18.4 million coins to be mined in 8 years.

Ripple is a currency exchange, real time gross settlement system and remittance network built upon a distributed open source Internet protocol, and native currency known as XRP. It enables instant, secure and nearly free global financial transactions of any size with no chargebacks. It has been integrated into a few banks and payment networks in order to transform the way how they send money around the world.

As its core, Ripple revolves around a shared, public database, which uses a consensus process that allows for payments, exchanges and remittance in a distributed process. It supports tokens representing commodity, fiat currency, cryptocurrency, or any other unit of value like frequent flier miles or mobile minutes. Its current market capitalization is more than $500 million. 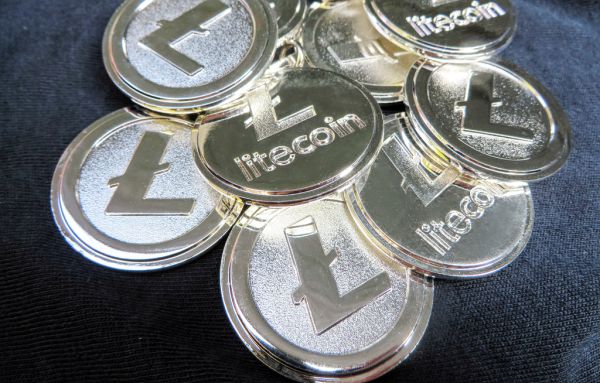 Inspired by Bitcoin, Litecoin is peer-to-peer cryptography based on open source protocol. The currency experienced a massive growth as it was less difficult to mine than Bitcoin and paid out at 4 times its rate for solving blocks. Litecoins are traded primarily for online exchanges, and transactions are irreversible. It reached a $1 billion marketcap in November 2013.

How Litecoin is different from Bitcoin

Ethereum is a decentralised platform that executes peer-to-peer smart contracts – application that run exactly as programmed without any possibility of fraud, censorship, downtime or 3rd party interference.

Vitalik Buterin (a programmer involved with Bitcoin) initially described Ethereum in a white paper, and launched on 30th July 2015. By the end of May 2016, the market capitalization of the cryptocurrency ether was more than $1 billion. At present, it is challenging Bitcoin by offering a wide range of services that are not possible using Bitcoin.

The platform allows you to create a tradable digital token, which an be used as virtual share or asset. These tokens use a standard coin API, so your contracts are automatically compatible with other contracts, exchange or wallet. The net amount of tokens can be set to a simple fixed amount or fluctuate based on any programmed ruleset.

There are dozens of cryptocurrencies that often weave in and out of the list like x and y. Be very careful and do proper research if you are investing your money in these digital currencies. Only time will show which of these coins remain in the top list and which will be uncrowned by others. 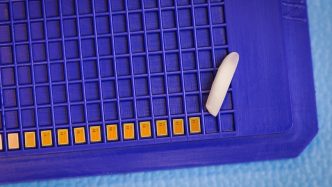 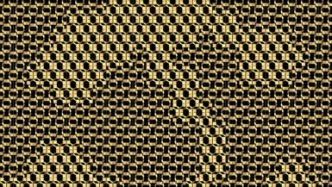