A monopoly can be defined as a market structure in which there is one seller and many buyers. The seller has a unique product with no substitutes and no competitors.

Although monopolies differ from industry to industry, they tend to have similar characteristics, such as:

Monopolies often help a region or country develop its infrastructure rapidly, effectively, and efficiently. However, when an organization becomes too dominant (leaving almost no room for competition), its quality and services can suffer. Sometimes, this leads to higher consumer costs and corrupt behavior.

Generally, the United States law doesn’t stop/punish an organization for being the sole provider of products and services, but it can punish any company for using biased or unfair practices to maintain its position.

Such market structures can better be explained using examples. Below, you will find some of the most common examples of monopoly in various industries. 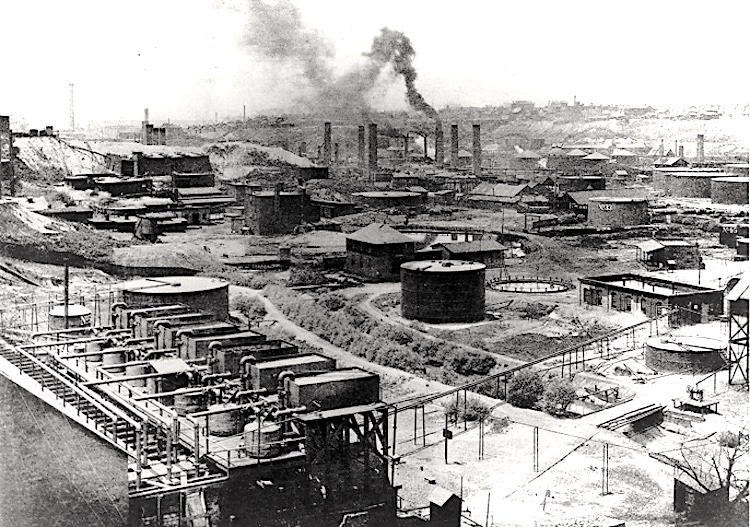 Gained almost 90% of the oil refining market in the US

Established in 1870 by American industrialist John Davison Rockefeller and Henry Flagler, Standard Oil was an oil-refining, transporting, and marketing company. Although the company had tons of competitors, it managed to gain nearly 90% of the US market.

By 1910, it had become the world’s largest oil refiner. The company streamlined production and logistics and reduced prices, undercutting competitors. Standard Oil was accused of using aggressive pricing to threaten other businesses and form a monopoly.

In 1911, the US Supreme Court found Standard Oil guilty of monopolizing the petroleum industry through multiple anti-competitive and abusive actions. The court ruled that the company must be dissolved under the Sherman Antitrust Act (of 1890).

As a result, Standard Oil was split into 34 separate entities, which included companies that became Chevron Corporation, ExxonMobil, and others — some of which still generate hundreds of billions in annual revenue.

Rockefeller owned a 25% share in each of the new companies. And due to the arrival of the gasoline-driven automobile, his personal wealth skyrocketed. He was worth $900 million in 1913, more than 2% of that year’s US GDP. 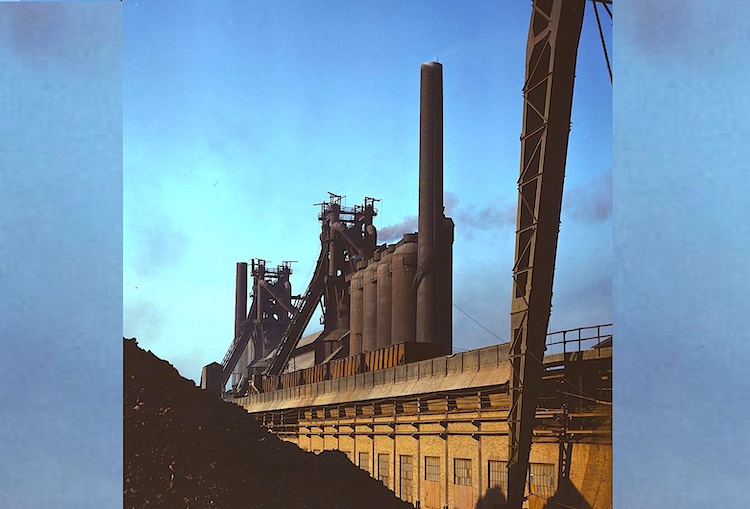 Dominated steel industry for years in the US

Since steel is a commodity product, low-cost production is the key to a successful business. Carnegie implemented its business model in two ways. The first was owning raw material supplies such as coal, lime, and iron ore. The second was producing unparalleled scale through productivity gains and capacity expansion.

Carnegie successfully ran a monopoly for years in the steel industry. In 1901, JP Morgan bought the Carnegie Steel Company and melded it into the United States Steel Corporation.

The company was sold at nearly $492 million, of which $226 million went to Andrew Carnegie. This deal made him one of the richest men in history.

After the acquisition, the United States Steel Corporation got 60% of the steel production market, which reduced over time as smaller companies become more innovative and efficient. However, US Steel still generates annual revenue of more than $12 billion and employs over 29,000 people. 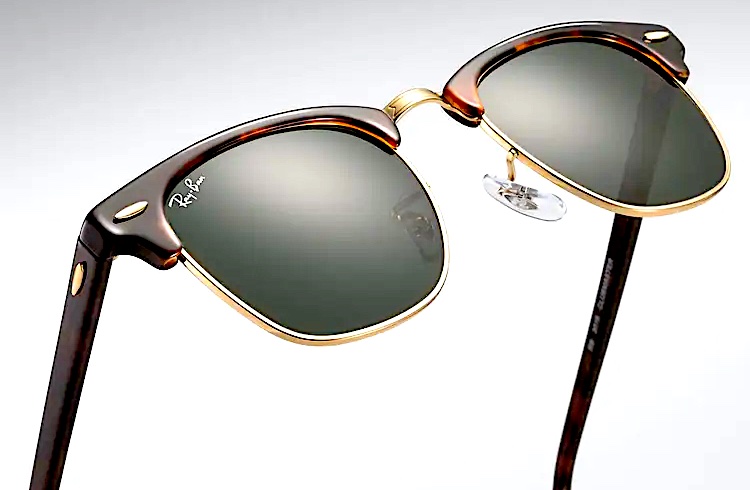 Accused of functioning as a complete monopoly in the eyewear industry

Luxottica owns not only a large portfolio of brands but also several eye insurance groups and optical departments at Sears and Target. It has been criticized for overcharging for its products and accused of operating a monopoly.

In 2018, Luxottica merged with Essilor, a French-based international ophthalmic optics company, forming a single entity EssilorLuxottica, which has a combined market cap of $68 billion. Furthermore, EssilorLuxottica holds 30% of the global market share and accounts for nearly one billion pairs of frames and lenses sold annually.

More than two decades ago, Google emerged as an innovative way to search the emerging internet. That Google is long gone. Today’s Google is a monopoly gatekeeper for the internet, which generates hundreds of billions of dollars in revenue every year.

Google has been accused (several times) of unethically protecting its monopoly over search and search advertising. The United States Department of Justice, for instance, has accused Google of making deals with other tech giants like Apple and suppressing competition through exclusive business agreements and contracts.

The company deals with several mobile carriers and handset manufactures to make Google the default search engine. It has also acquired hundreds of smaller companies since its inception, many of which have helped Google grab over 88% of the US search market.

However, Google has always defended itself by saying that ‘competition is only a click away, and its services have helped thousands of small firms.’ 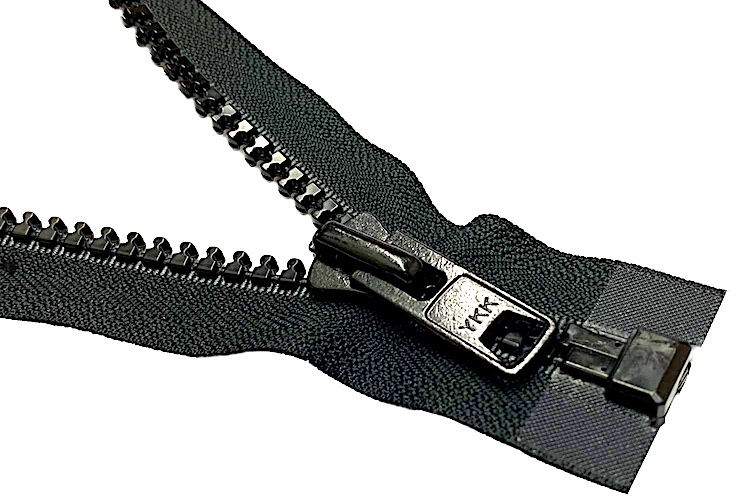 Manufactures 90% of all zippers and fastener products

The company produces almost 90% of all zippers and fastener products around the world. Its products can be found in various things, ranging from laptop cases to jeans.

YKK’s success is certainly not unwarranted. It has been able to deliver high-quality products for decades while maintaining an acceptable price.

Its pricing makes it difficult for competitors to enter the market. The Chinese, despite plenty of cheap labor and costless capital, haven’t found a way to make their way into this industry.

It’s quite hard to believe that most Chinese garment markers import Japanese zips. Whatever the reason behind this strange fact, YKK has managed to monopolize a highly competitive, commoditized industry. 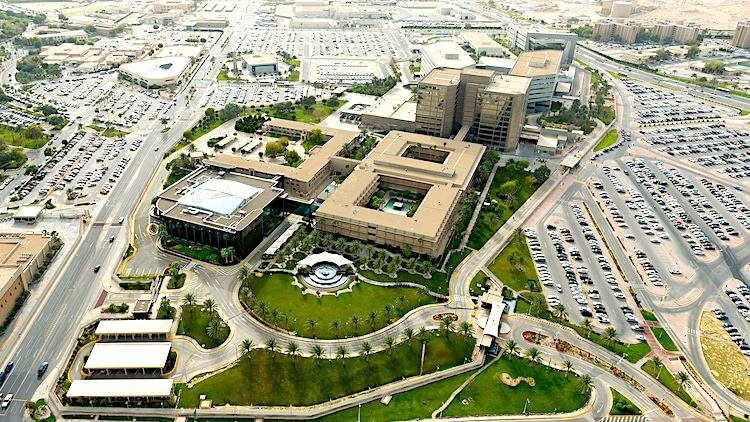 Headquarter of Saudi Aramco in Dhahran

Most existing monopolies do not entirely dominate the global industry. Instead, they control large assets in one region or country. This kind of phenomenon, known as nationalization, often occurs in the banking, transportation, and energy sector.

One such example of a nationalized major asset is Saudi Aramco, a Saudi Arabian multinational petroleum and natural gas company based in Dhahran. With an annual profit of over $88 billion, it is the largest profit-making company in the world.

Between 1988 and 2015, Saudi Aramco alone accounted for nearly 4.5% of the global industrial greenhouse gas emissions.

Controlled 80% of the rough diamond distribution for over a century

Established in 1888, De Beers has a long history of monopolistic practices. It specializes in diamond mining, diamond trading, and industrial diamond manufacturing.

Rhodes continued purchasing both mines and diamonds from other companies. He made agreements with various supplies, which allowed his company to dominate as much as 85% of the global diamond market.

However, by the end of the 1950s, several new mines were discovered in Canada, Australia, and Russia. The Argyle Diamond mine in Australia and the Alrosa state-owned mine in Russia, for example, gradually started bypassing the De Beers distribution channel.

This made it very difficult for De Beers to maintain its control over global supply. As a result, it started losing the market share and eventually lost the monopoly status of the diamond market, though it still sells nearly 30% of the global diamond production.

In terms of volume, De Beers Group is currently the second-largest producer holding a market share of approximately 22%. In contrast, Alrosa accounts for 27% of global diamond extraction.

Accused of creating a monopoly by giving its browser for free

One of the world’s most successful software companies, Microsoft, has been accused of anti-competitive and monopolistic practices by virtually every modern nation.

The company was accused of building a monopoly by giving its browser (Internet Explorer) software for free, which led to the collapse of rival Netscape. In 1998, the Department of Justice filed antitrust charges against Microsoft for such monopolistic actions.

It was further alleged that the free software programs that come with Microsoft Windows restrict the market for competing web browsers. The company was also questioned whether it had manipulated its application programming interfaces to favor Internet Explorer over other web browsers.

The case focused less on interoperability and more on predatory technique and market barriers to entry. In the settlement, Microsoft agreed to share computing interfaces with other tech companies.

In 2004, Microsoft was fined €497 million by the European Union for abusing its dominance with the Windows operating system. The company paid the fine in full and released new versions of Windows XP without Windows Media Player.

Read: 16 Biggest and Most Valuable Fintech Companies in the World 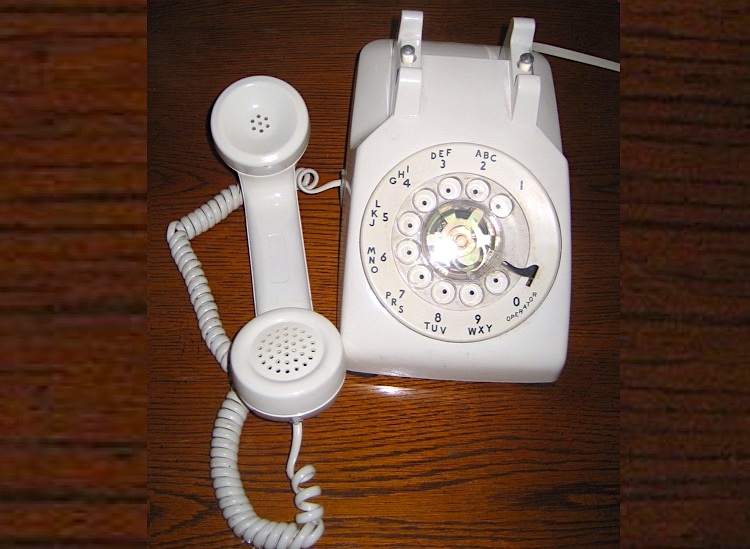 Standard Western Electric telephone set, rented to subscribers in the US

AT&T is currently the world’s largest telecommunication company, and the larger provider of mobile and fixed telephone services in the US. After the acquisition of the WarnerMedia, AT&T also became the largest media company in the world (in terms of revenue).

Its history began as a part of the Bell Telephone Company established by Alexander Graham Bell in 1877, which later become AT&T Corporation.

AT&T dominated the telephone service in both US and Canada throughout most of the 20th century. In the 1910s, the company had a slogan:

And this remained AT&T’s philosophy for the next 7 decades. It bought several smaller phone companies during the early 20th century. In order to avoid any actions from antitrust regulators, the company made an agreement called the Kingsbury Commitment with the federal government. This agreement enabled the company to operate as a monopoly until 1984.

The United States v. AT&T antitrust case (opened in 1974 and finalized in 1982) led to the breakup of AT&T into seven regional Bell operating companies and a smaller new AT&T, which emphasized long-distance services.

How do monopolies form?

Monopolies are usually formed in industries where high fixed costs are required to acquire customers and have a meaningful return on investment. Buying up the competition, buying exclusive rights (from the government) to provide goods and services, hoarding a scarce resource, or using intellectual property rights, are some of the common ways to monopolize the market.

What are the main characteristics of a monopoly?

A monopoly can have one or more of these characteristics:

What are the disadvantages of a monopoly market?

While monopolies can benefit from economies of scale (lower average costs) and have deep pockets to fund research and development, they have several disadvantages —

8 Cryptocurrencies To Watch In 2018 If You Missed Bitcoin Boom 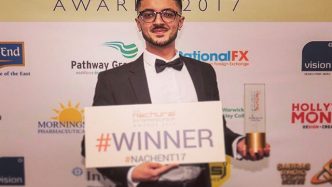 13 Richest Kids And Teenagers in the World | 2022 Edition