iOS emulators are programs that replicate the hardware of iOS devices so you can run iPhone or iPad apps/games on other operating systems such as Windows, Mac, and Linux.

Although there a variety of emulators that use different emulation methods, their end goal is always the same: to efficiently replicate the experience of original hardware or software.

The term ’emulator’ has become common these days, especially in the context of applications and video games. With the rapid proliferation of iPhones and iPads, emulators capable of running iOS and iPadOS on Desktops have been in increasingly high demand.

Today, there are tons of iOS emulators available on the Internet that easily runs on multiple platforms. We have gathered a few best emulators that help app developers test iPhone applications and games on Mac and Windows computers.

The tools mentioned in the list are mostly targeted at iOS app developers. However, they can also come in handy for users who are looking for a way to play games that aren’t supported by their current devices. 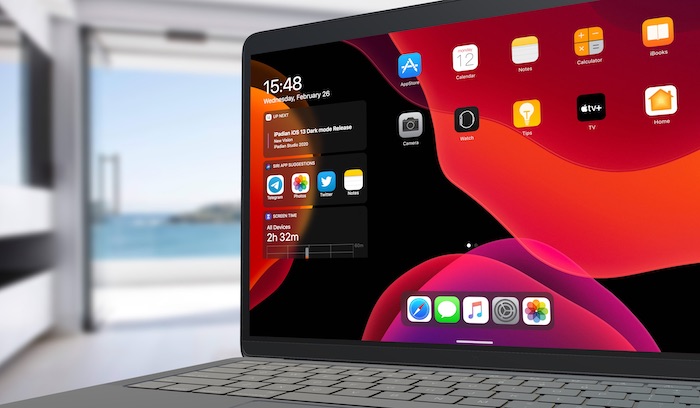 Quite an unusual name for an iPad simulator, but if you are searching for something that is simple to use, this is it. iPadian aims to bring all Apple’s Ecosystem to anyone for free.

Since iPadian is a simulator, it doesn’t reproduce the features and actions of iOS systems. Instead, it imitates the design, appearance, and basic features of an Apple device.

You won’t be able to install and run applications from AppStore, but iPadian has its own store that consists of basic apps like browser, email client, social networking, photos, and music. All in all, iPadian looks decent and does provide a great iOS experience. 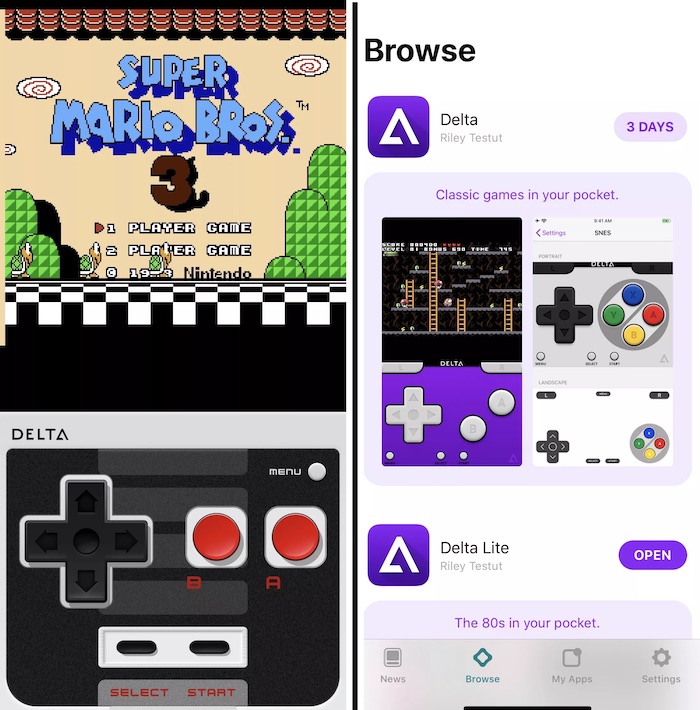 Plus Point: Run all kinds of apps and games on iOS devices.

AltStore is an alternative AppStore with an inbuilt Nintendo emulator. It basically lets you install iOS apps outside the App Store by tricking the device into thinking you developed the app yourself.

AltStore resigns applications with your personal development certificate and sends them AltServer (a desktop app). AltServer then installs the resigned apps back to your device through iTunes WiFi sync.

AltStore regularly refreshes your apps in the background to prevent them from expiring. The developer built a super polished version of the old Nintendo emulator called Delta. It can let an iPhone play Game Boy Advance, Super Nintendo, and even N64 games.

There are sleek, built-in controllers and some really nice save state features. If you love vintage games, you will definitely like this software. 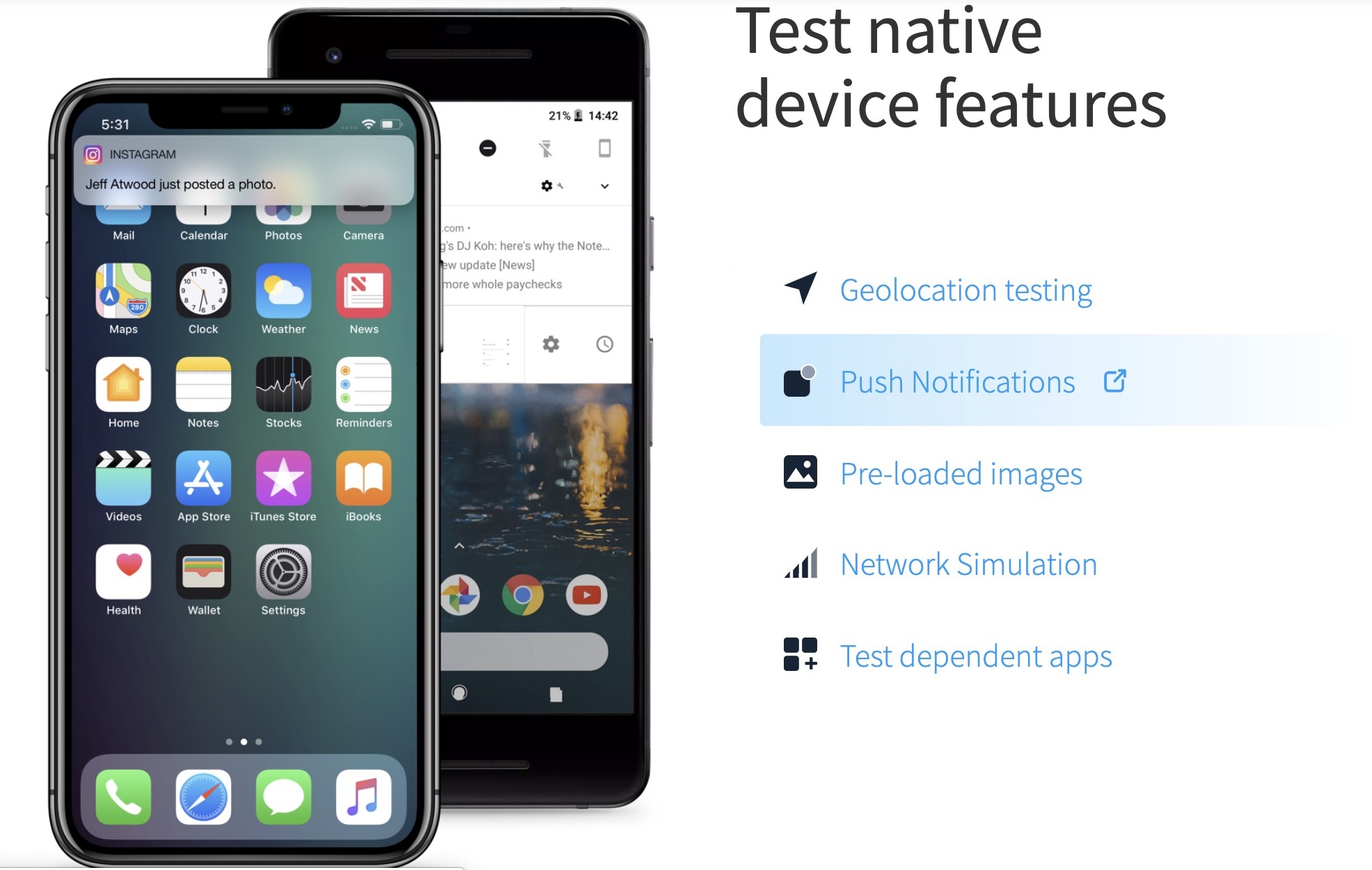 Plus Point: Running tests concurrently across devices; no set-up required.

BrowserStack allows you to test your websites and mobile apps on a wide range of iOS devices. It gives you instant, browser-based access to the most popular and latest iOS versions.

You can instantly debug your apps/websites using device logs, network logs, and browser console. In addition, screenshots and video recordings of every test are also available.

Once you logged into BrowserStack App LIve, the dashboard provides numerous options to test your app on the browser. You can either directly upload the app from Appstore or upload it from your computer.

To implement automated testing, there is an option to integrate BrowserStack with test automation frameworks such as Appium and XCUitest. 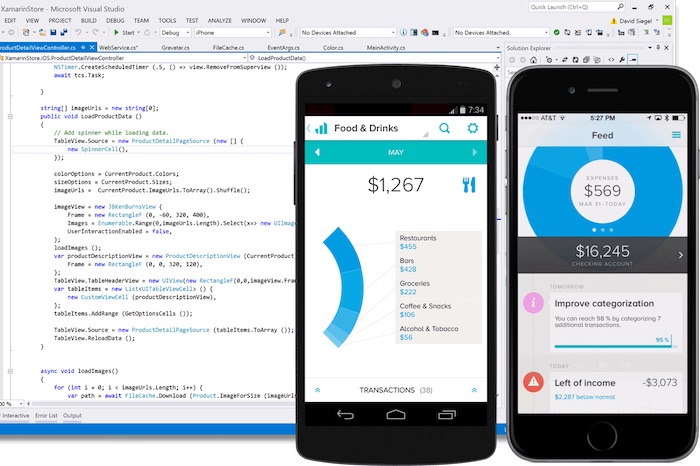 Plus Point: Share up to 90% of native code across iOS, Android, and macOS.

When considering iOS app development, most developers think about Objective-C and Swift. However, there are more ways to build user-friendly and performant mobile applications. And Xamrin is one of them.

Xamirin is a Microsoft-owned, open-source platform for building iOS apps with C# and .NET.

Integrated into Visual Studio as a plugin, Xamirin is powerful enough to support enterprise applications. It gives you access to crucial iOS tools, such as Core ML, ARkit, Touch ID, and Siri Shortcuts.

You can log errors and track usage in Xamarin insight, which is quite useful for tracking the performance and usability of the app. There is also a large community of Xamarin users that helps you solve problems quickly. 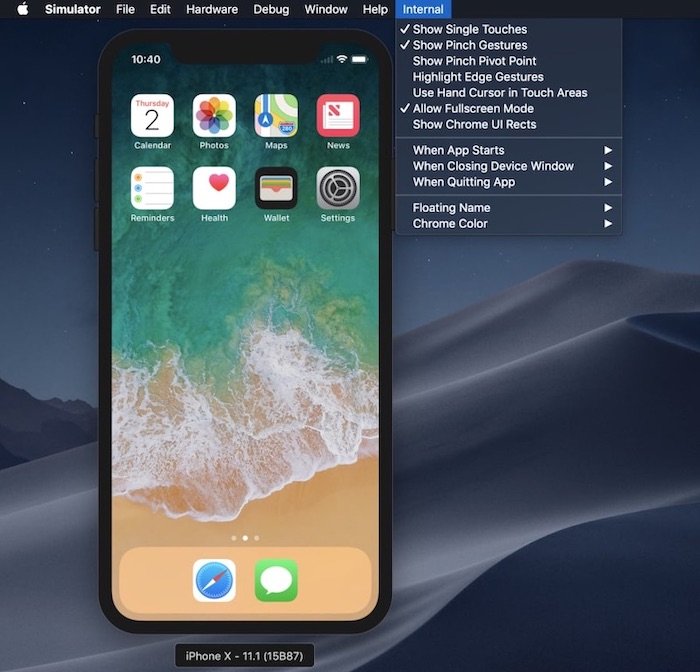 Plus Point: A fully integrated development environment for iOS.

The Xcode simulator allows you to develop and run apps for iPhone, iPad, or Apple Watch within a window on your Mac computer. You interact with simulator through mouse and keyboard to emulate taps, device rotation, and other user actions.

Since it is developed by Apple, it is the best iOS emulator for Mac users. It simulates all Apple devices, including Apple Watch and Apple TV, so you can effectively test different layouts of your app on all devices.

Each combination of a simulated device and software version has its own configuration and files, independent of others. These configurations and files exist on all devices you test within a simulation environment. However, all options come with a steep learning curve. 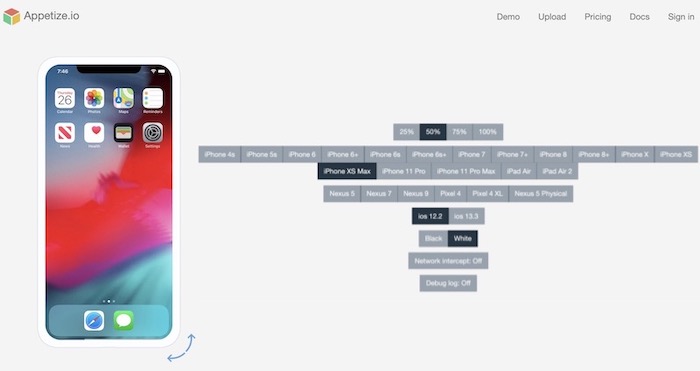 Plus Point: No need to install any software; works on all operating systems.

Appetize.io can run native mobile apps in your browser. It is very easy to use: you need to upload your app (.tar.gz or .zip file containing compressed .app bundle), and Appetize.io will send you a private link via email where you can run/test the app online.

You can embed apps into HTML code using iframes. This could be useful for displaying demo presentations or marketing your app. Options for accessing network traffic, debugging logs, and recording videos are also available.

The software is highly configurable and customizable and can be run on private cloud or data centers, as per the users’ requirements.

It supports many generations for iPhone and iOS versions. With the free trial, you can use the service for 100 minutes. The premium version has its own benefits, and it lets you view the usage stats from the dashboard and set up alerts when you reach the monthly limit. 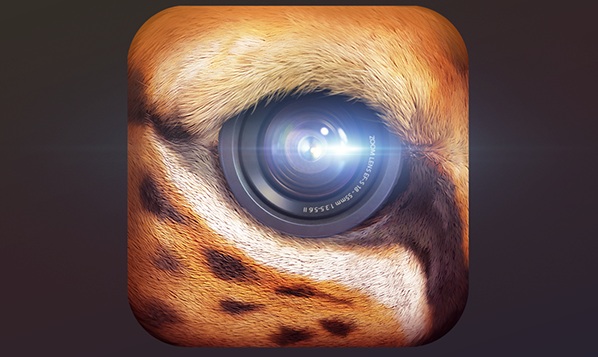 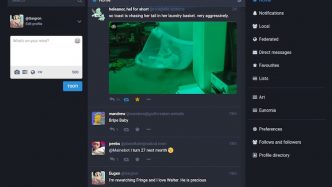