8 Best Professional Flight Simulators Of 2022 | Both Software & Real Ones

Have you ever wondered what type of software does big airline companies use, but couldn’t figure it out? Or ever wanted to use any of those? Well, if you do, we are here to solve your little problem.

Since World War II, flight simulation technology has seen drastic changes. But it’s only been 5-7 years since these technologies can easily (relatively) be used personally without spending a load of money and resources.

In this overview article, we have compiled a list of professional-grade resources that you can easily use. The post is divided into two sections. 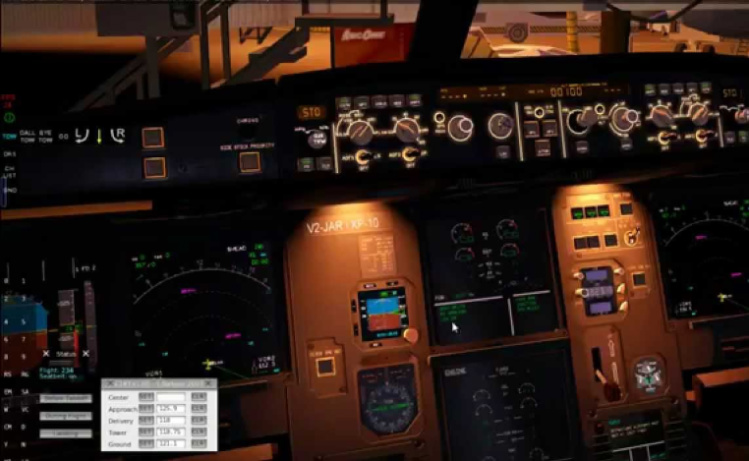 Dubbed as the most used general-purpose flight simulator, XPlane 11 allows users to create a truly powerful flight simulator without much of a hassle. It provides hardware and frame-rate checks to make sure it complies with guidelines for FAA certification. 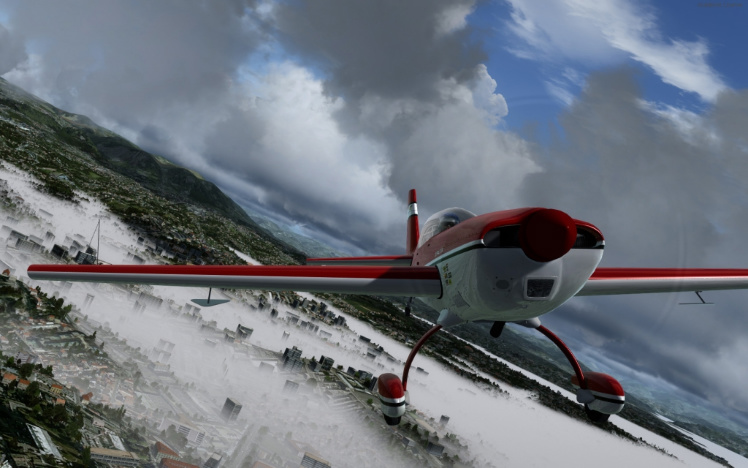 Prepar3D, owned by Lockheed Martin, is a high-end simulation platform that enables users to indulge in virtual flight training. The best part about this is that you can choose almost any scenario for training like underwater and in orbital space. This utility is used by various small and large organizations, individuals, and the military to train their pilots.

Prepar3D is compatible with another popular flight simulator game Microsoft Flight Simulator X, which opens up the possibility of adding new add-ons. The software comes with three license options; Professional, Academic Professional Plus, and Developer licenses.

The Professional Plus license comes with all the good ingredients that a flight learner needs. Some of its features are; 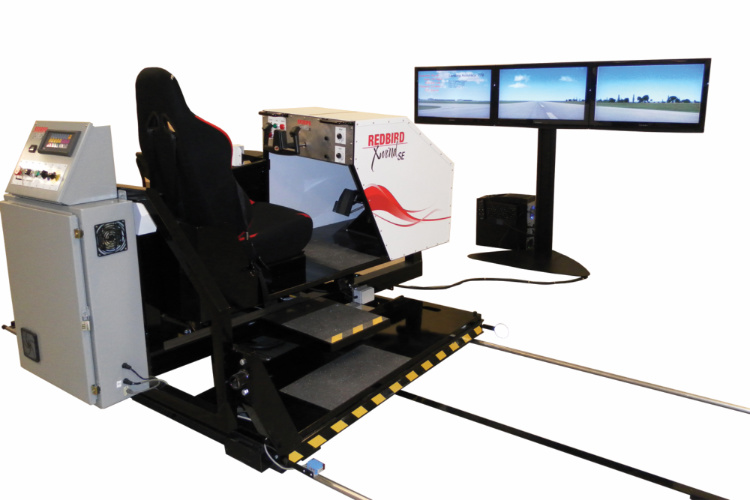 Guys, this is the real deal. Redbird Flight simulation is a US-based company specialized in flight training. Redbird flight basically has three products in principal; The Jay, a PC based simulator with modified FSX software, FMX, a full-motion advanced aviation system and Alloy series, including rudder pedals, throttle, and an aircraft yolk.

You can also add a couple of exciting accessions such as Insight, which integrates live video of an outside world with all Redbird simulators. Then there is Parrot, which allows invoice pilots to learn VFR radio communications.

While there are many great video game-style flight simulations available on the market with state-of-the-art video rendering and 3D cockpits, those simulations will always lack one key aspect, i.e., motion. Yes, those video games are fun, but they are nothing compared to professional flight simulators used by airline companies and the military to train their pilots.

An industry-grade or licensed flight simulator offers a lot more than PC based games. A full-motion simulation platform is the closest thing to flying a real aircraft. While these machines are generally meant to train pilots, very few of them can be rented for hours.

Not just a source of fun, these simulators can improve your flying skills too. Here are 5 of the best full-motion flight simulators from all around the world that you can ride (in no particular order).

Thai Airways is another international airliner that allows the general public to take advantage of their professional-grade flight simulators via the Thai Royal Orchid membership program. Visitors get to simulate either Airbus A330 or A380 aircraft (depending on the availability) alongside a professional flight instructor.

The simulation features landing and takeoff practices from some of the world’s biggest airports, including London Heathrow, Hong Kong, Bangkok, and Sydney. You must book your session for at least three days in advance. 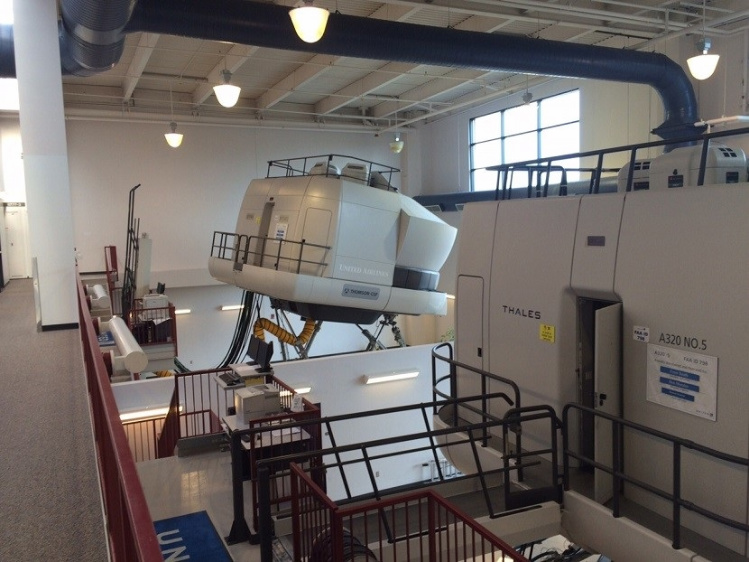 Another commercial-grade flight simulator that you can enjoy is the United Airlines A320 simulator located in Denver. Though the facility is rarely opened to the general public, anyone with the United MileagePlus card can apply whenever there is the opportunity. All you have to do is enter an auction, where you use your award miles for hours in the simulator.

The highest bidder gets to enjoy the simulator for up to four hours along with a friend or whoever you want to take. Do you know, United became the first commercial airliner to use flight simulators with visuals and sound aid for training pilots in 1954. Keep in mind that this is not a full-motion or Level D simulator. 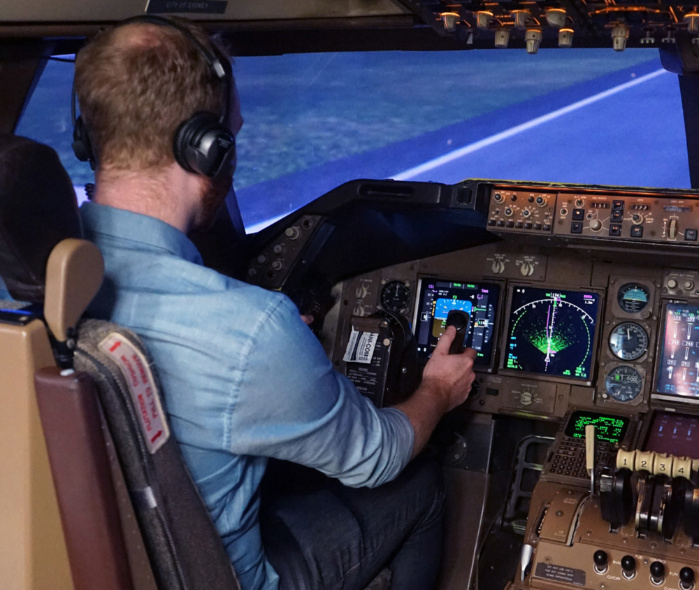 If you are a frequent flyer on Australia’s biggest airline Qantas, then you can also become one of the few lucky people in the world who have flown a Boeing 747, not the real one, of course. Currently, you can book your 1 hr ride on the simulator at Qantas training facility at a cut down price for 92,000 points. This offer is for a limited time.

Throughout your entire time inside the simulator, an experienced flight trainer will guide you through details about various in-flight instruments, important instructions, etc. You could feel engine thrust and hydraulic as if you were actually flying a 440 (US) ton aircraft. You can also simulate real-life airports from all around the world. 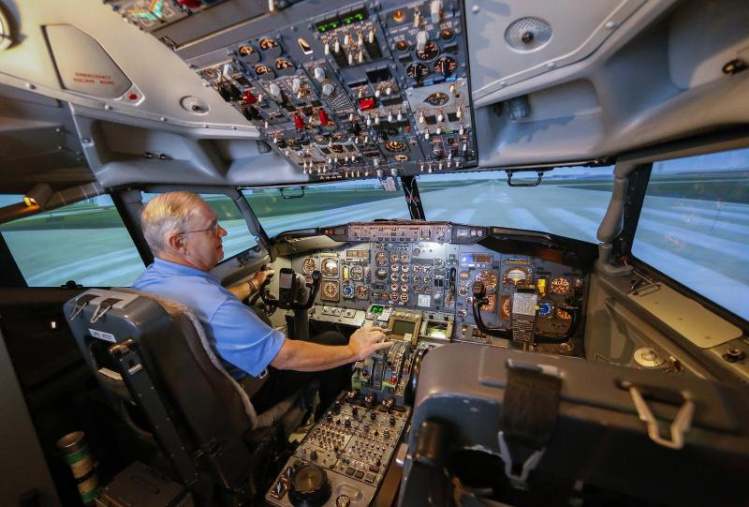 For more than two decades, the Delta Flight Museum has been a one-stop destination for aviation and aircraft fans. It has so many things to offer, from historical knowledge to the future of flight. However, one of its main spotlights is the full-motion Boeing 737-200 flight simulator, which is open to the general public.

Anyone with $425 and age above 16 can gain access to the flight simulator for one hour. Actually, it’s 45 minutes, with a 10-minute pre-flight briefing and 5 minute review time.

EVA Air is one of the biggest airliners in Taiwan. Like Qantas and United Airlines, EVA also presents regular commuters and cardholders with a chance to experience flight simulator. One needs to fill the form one month prior to the desired session. Keep in mind that you need at least 100,000 miles or 100 flights to qualify for this experience.

The type of flight simulation and aircraft will be decided by airliners, and of course, you have to travel all the way to their headquarters in Taoyuan City, Taiwan. 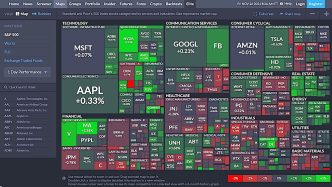