The age of space tourism is coming soon, really soon and it’s only made possible by the herculean rise of private aerospace companies. Both SpaceX and Blue Origin have announced their plans to put people in space by the end of 2019.

NASA has also announced that it will open sections of the International Space Station for tourists and other commercial uses. To be realistic, however, most of us will never be able to afford a trip to space.

Space games, on the other hand, is something we all can enjoy from the comfort of our earthbound homes. From building a mighty intergalactic empire to being a pilot fighting for survival, you can find games that fulfill all your desires as a space fanatic. Below, we have compiled a list of best space games that you can play right now.

Note: We don’t own the rights of any images shown below. Copyrights belong to the game developers/publishers. 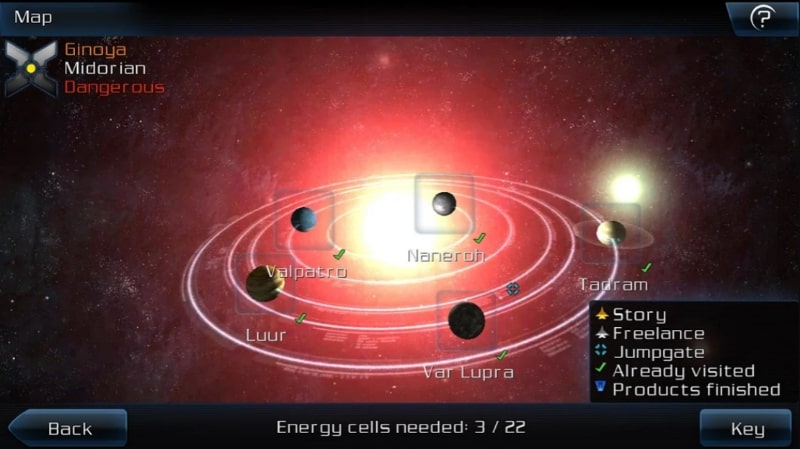 Galaxy On Fire 2 is a spaceflight and combat simulation game. Here, you take control of war veteran Keith T. Maxwell and take on aliens, ruthless space pirates in the quest to save the galaxy.

The smartphone (iOS and Android) version of the game includes expansions packs and other DLC’s that can enjoy. 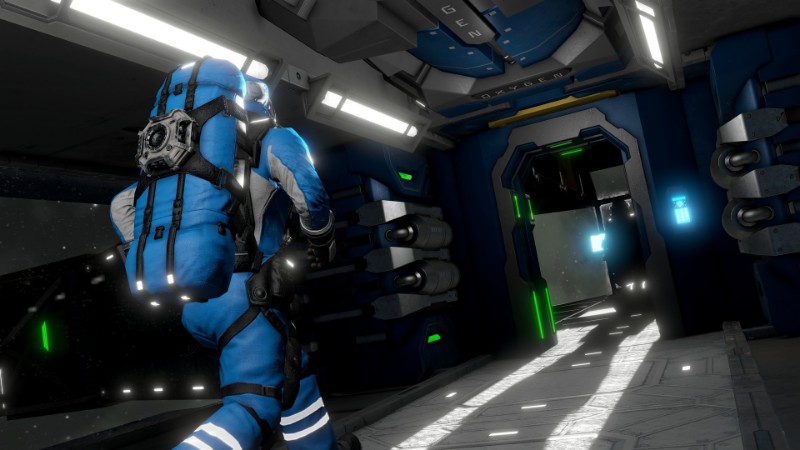 Space Engineers is a physics sandbox game that revolves around realistic engineering; building or assembling space ships, outposts and space stations. You begin with a set of tools including a welder, a drill, and a grinding machine.

The game can be played either in survival mode or in creative mode. In survival mode, players are required to mine resources to build structures and produce electricity. Players can lose energy and health after collisions and other mishaps.

In creative mode, you can focus on building structures without worrying about health or resources. 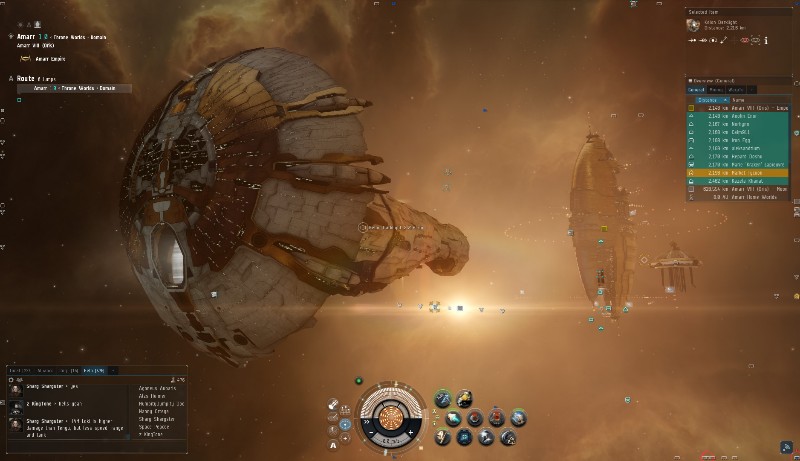 The EVE Online, an MMORPG, revolves mainly around space travel, trade, and battles. Players can engage in mining operations, piracy and run corporations to rule over planets. The EVE universe consists of about 5000 star systems and 2500 wormhole systems that players can randomly access.

To begin with, you must first choose one of the four races (Amarr, Caldari, Minmatar, and Gallente) to create your new character. Each race has its unique strengths and weakness.

EVE Online is complex and is known for giving players the freedom and autonomy to engage in unscripted economic competition, political powerplay and warfare. The game also allows various forms of griefing such as extorsions and stealing but for a limited amount of time. 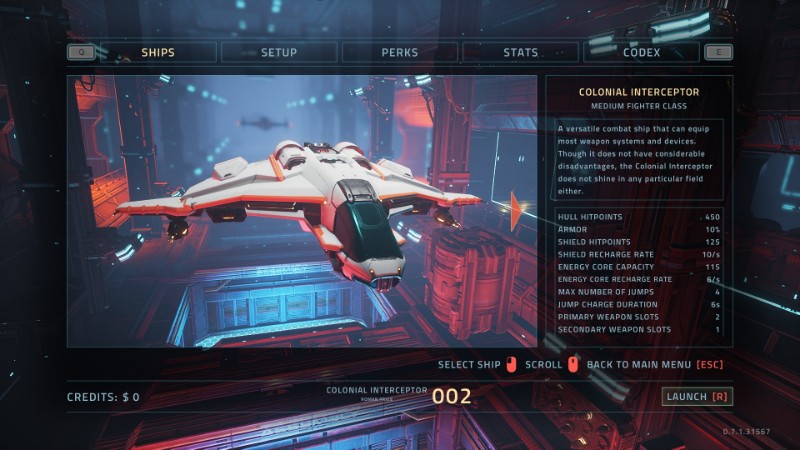 Everspace is a roguelike space shooter game in which players are supposed to die while progressing through different zones or sectors. Players earn credits each time they die and these credits can be used to buy weapons and upgrades, allowing them to progress further. It is a perfect loop.

Dying also unlocks various enhancements such as color combinations for your space fighter. The game has easy controls and fair graphics. 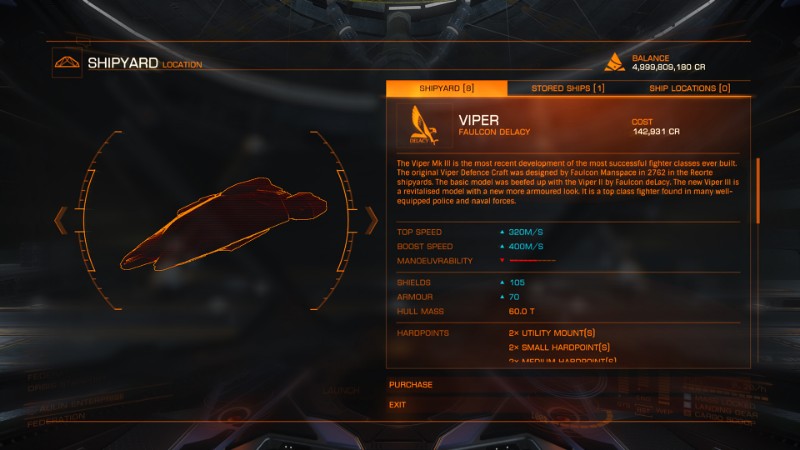 Elite Dangerous is an open-world space simulation game in which players can virtually explore about 150,000 existing or actual star systems (400 billion in total) along with a handful of planetary systems.

You begin with a basic spaceship and few credits to get things started. From there on, to gain experience and credit, you can engage in a multitude of deep space activities. You can either be a respectful trader, a miner or join the pirate brethren.

From usual dog fights to visiting NASA’s one of the most famous discoveries, the game has to offer something for almost everyone. 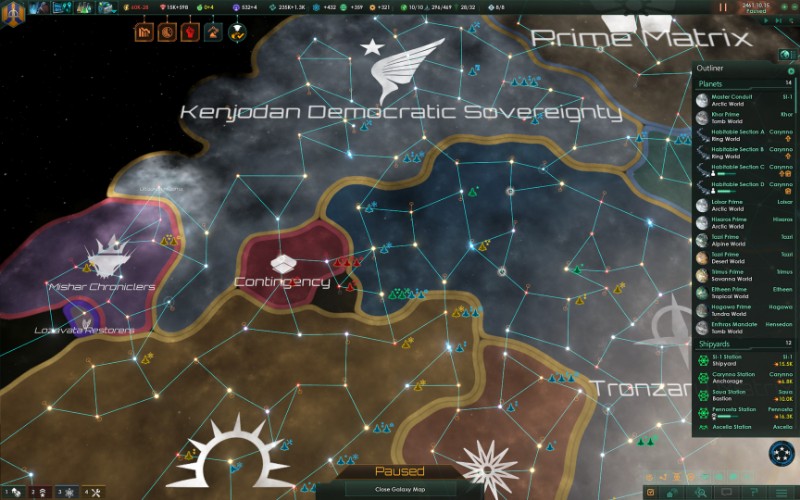 Paradox Interactive has made a name in the grand strategy genre with memorable titles such as Crusader Kings and Europa Universalis. But Stellaris‘ contribution, albeit less popular, to the company’s reputation is also undeniable.

The game is a blend between 4X and grand strategy, in which you explore, conquer, and expand your empire. There is an option to do diplomacy, allowing you to make favorable alliances and economic arrangements. The game is known for its superior design and interface. 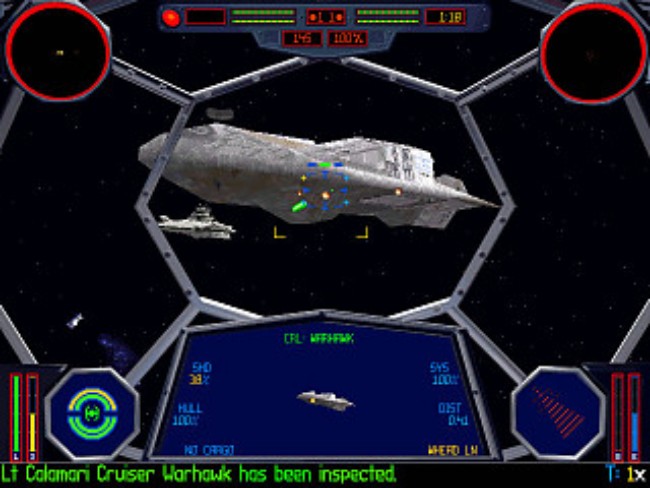 Initially launched more than two decades ago, TIE Fighter remains one of the most relished space flight simulator game ever. For many, it’s among the greatest games of all times.

You, as an Imperial pilot, engage in space battles, flight training and other sorts of missions. Completing a set of missions earns you promotion in the Imperial Navy the same goes for medals and distinctions.

Of course, those who rather be a pilot in the Rebel Alliance can play Star War: X Wing. 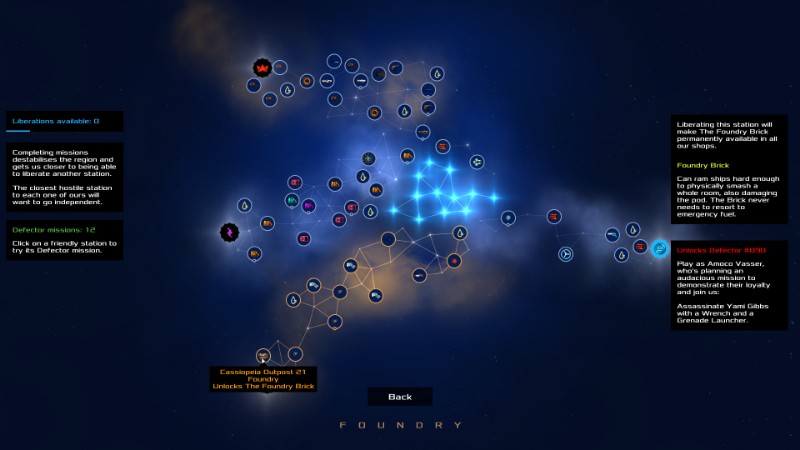 Have you ever wanted to be a space pirate? Stealing cargoes, hijacking spaceships, while punishing traitors and enemies? If you do, then Tom Francis’ Heat Signature is just the game you should have been looking for.

Heat Signature is a top-down view, action game in which you take control of a space mercenary, who undertakes various assignments ranging from ambushing, hijacking spaceships to rescuing or killing onboard crew members. It gets more interesting and often messy when the crew becomes aware of your presence on their ship.

The game demands clever thinking and presence of mind to workaround situations that may look almost inescapable. It’s part of the fun. 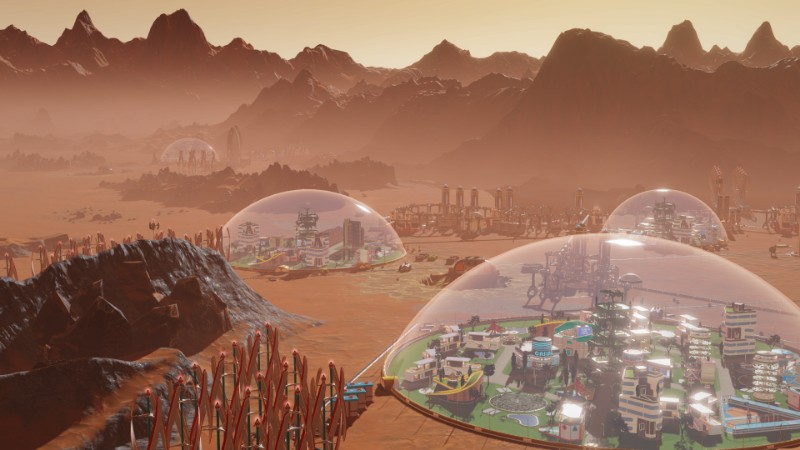 Living in a human settlement in the middle of the Martian desert might not be feasible in our lifetimes, but you can virtually plan your colony on the Red Planet. Haemimont’s city builder game Surviving Mars put you in charge of building and managing a functional colony of humans on the planet.

Here, you’re responsible for everything from constructing important buildings to managing the basic needs of the colonists such as oxygen, water, and food, which are crucial for survival on this ruthless planet. 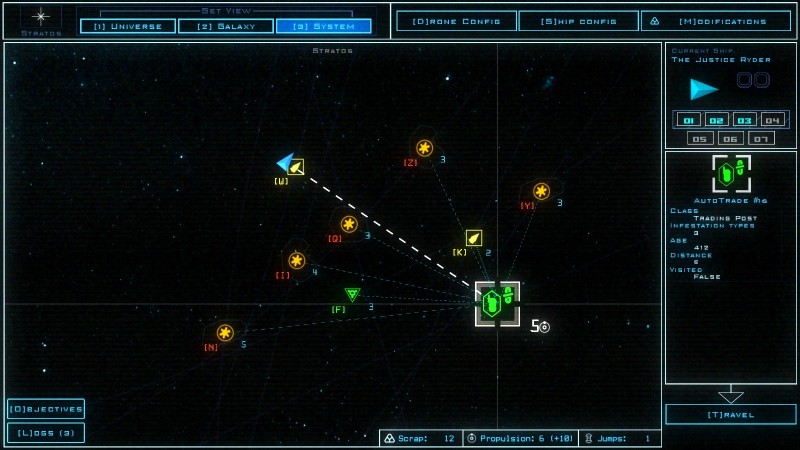 Duskers is arguably one of the best sci-fi horror game you will ever find. Here, as the operator of drones fleet, you explore abandoned or derelict ships to salvage resources essential for your survival. Meanwhile, you search for clues about how the galaxy became devoid of life.

Onboard the ships are all kinds of dangers including aliens and radiation leaks. Much of the game is about combating these dangers and scavenging as many resources (scrap metal and fuel) as possible.

The game is without a doubt challenging as well as tense. No matter how careful, you’ll always find yourself in a dangerous situation. 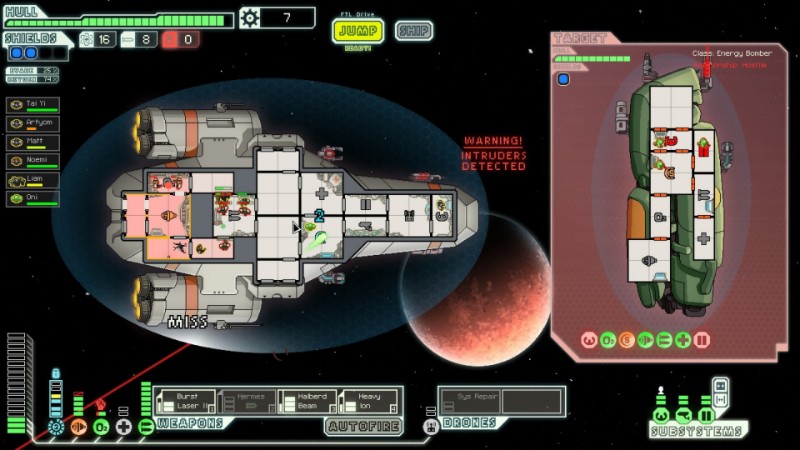 In FTL, players begin with a spacecraft of their choosing. You also get to choose specific components such as a crew, life support, and weapons. The objective is to navigate through different sectors jumping from one waypoint to the other.

At every waypoint, you find at least one of the few things. A store, where you can buy fuel, ammo, and weapons; stranded ships (which also acts as traps); and enemy cruisers.

Game’s combat section is all about issuing orders and taking hard decisions. How you react in dire situations is the key. Will you direct all your ship’s power to the primary weapons and obliterate the enemy or use the remaining energy to escape. 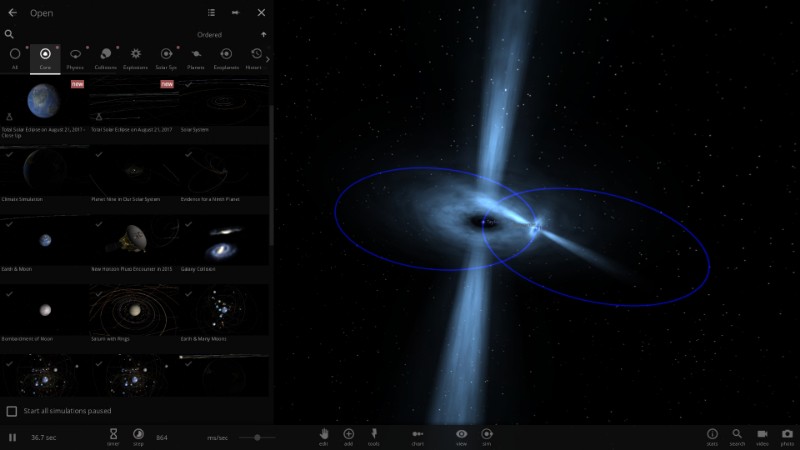 Based entirely on real physics, Universe Sandbox 2 combines climate, gravity, and material interactions to produce a realistic model of the Earth and the universe.

It allows you to create and collide astronomical objects including comets, planets, stars, and even black holes. You can change the tilt of the Earth or move it further away from the Sun and witness drastic climatic changes.

Increase the mass of a star and watch it go supernova or simulate a collision between two galaxies. Overall it is a fun game for any space fanatic.

Read: 18 Best Physics Game of This Year | For All Platforms

3. Sins of A Solar Empire 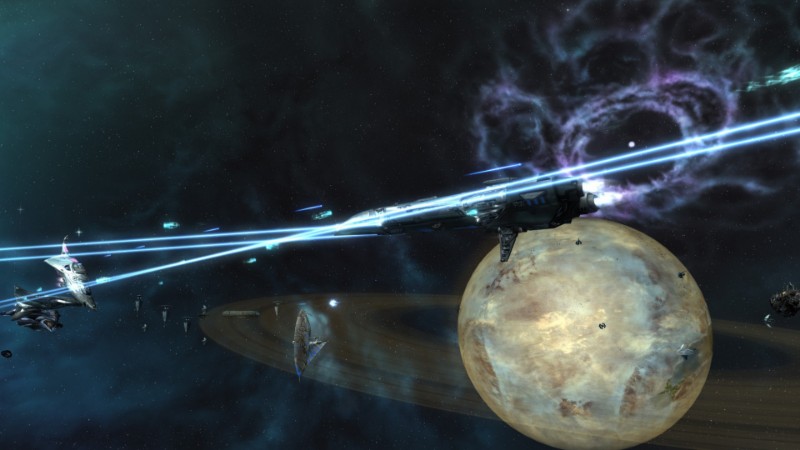 Sins of a Solar Empire is a mixture of 4X and real-time strategy game in which players must conquer planets and star systems. To achieve this goal, you can either leverage your strong economy or engage in diplomacy, but in the end, the game is all about war.

You begin with a shipyard in the homeworld and few credits. From there on you can capture other planets. Credits are earned by taxing those planets and completing various missions including the ones carrying bounties. As other civilizations are vying for the same, you must act swiftly to gain complete domination. 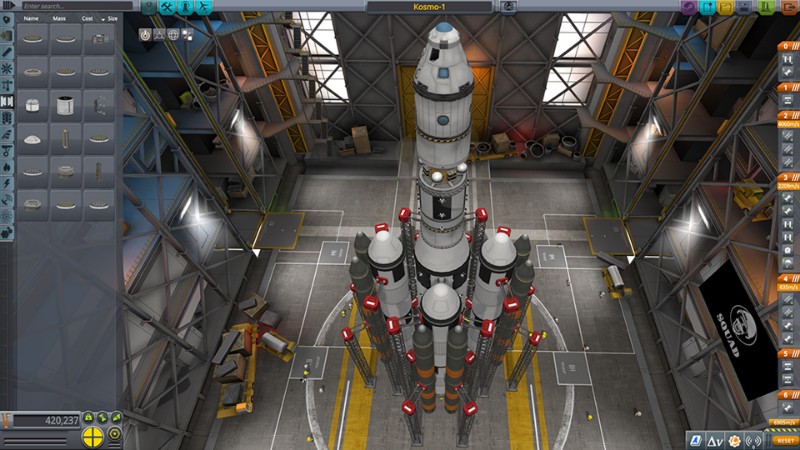 Kerbal Space Program is basically about building spaceships and executing complex space missions. The game begins with an array of components which you must assemble to build spacecraft and fully-functional rockets.

In the next phase, you take over the mission control to try and complete a set of missions. The game follows near orbital physics and Newtonian dynamics. So make sure try again and again until you finally land your ship on Mun without exploding.

The game can be played in three modes; Sandbox, Science Mode and Career Mode. 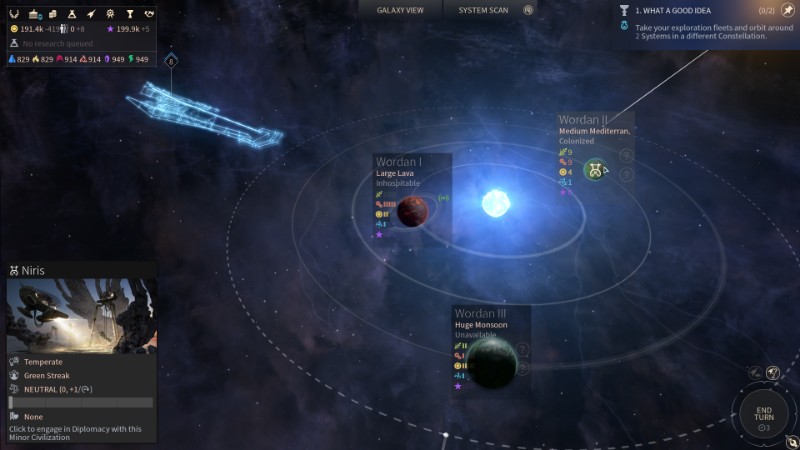 Endless Space 2 is a 4X strategy game in which you take control of an emerging galactic empire. The objective is to expand the empire by conquering different star systems.

Each system has planets with unique characteristics and they often feature anomalies. Anomalies may or may not give your system a certain advantage/disadvantage.

The key to total domination, however, is research as it unlocks new modules, abilities, better weapons, and upgrades. Another noticeable element in this game is politics or government affairs. In short, Endless Space 2 is an in-depth strategy game that only gets better with time. 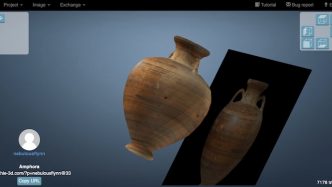