Mobile computing devices have become ubiquitous and crucial part of daily life, but they are difficult to use for people with paralysis. In the United States, more than 5 million people have different types of paralysis that limit their ability to perform everyday activities.

In conditions like ALS, patients may eventually lose all abilities (including speech) of effectively communicating with their surroundings. So far, the field of assistive technology has helped a lot: it has been continuously improving the functional capabilities of paralyzed people so that they can easily interact with general-purpose computers.

Recently, researchers at the Brown University showed a brain-computer interface that allows disabled people to directly operate a tablet device just by thinking about pointing and clicking a mouse. Researchers conducted an experiment, in which 3 participants with paralysis were able to shop online, chat with family, and use other tablet apps.

The BrainGate consortium has been working for years to improve neuro-engineering and neuroscience to help paralyzed people (who have lost motor abilities from injury or illness) control electronic devices by just thinking about moving their hands.

The Brain-Computer Interface captures the neural activity using a tiny sensor placed in the motor cortex. The neural signals are then decoded and transmitted to external equipment. For years, scientists have been using similar techniques to allow disabled people to control their robotic arms and limbs. 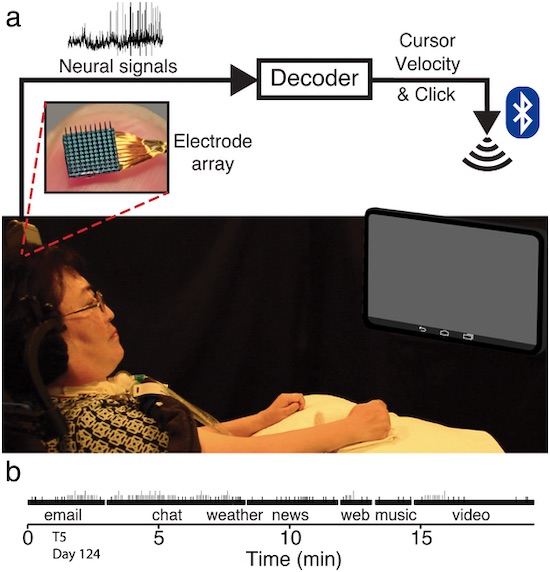 So far, Brain-Computer Interfaces based on electroencephalography has shown control of spelling, gaming, painting, and web browsing, but they haven’t been able to provide a general control of an electronic device like a commercial smartphone or tablet.

In this experiment, neural signals extracted from the interface were transmitted to a Bluetooth interface designed to operate as a wireless mouse. This virtual mouse was then connected to a Nexus 9 tablet, and three paralyzed participants were asked to perform specific tasks.

Three participants with tetraplegia had multi-electrode arrays attached to the motor cortex as part of an intracortical brain-computer interface to operate a tablet device. Two of them had ALS – a progressive motor neuron disease that causes the death of neurons controlling voluntary muscles. Whereas, the 3rd participant had spinal cord injury.

All participants were able to navigate through several apps, including music-streaming, chat, email, and social-networking apps. They scrolled through a news aggregator, browsed through streaming service, searched for content on YouTube, and composed chats and emails. 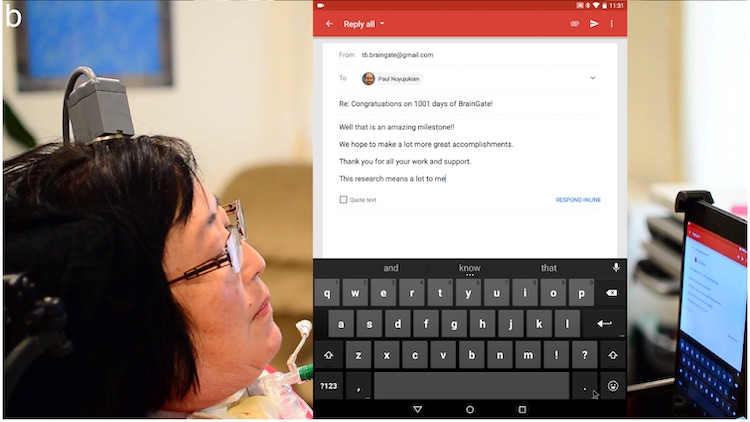 They performed 22 ‘point-and-click’ selections in one minute while using various applications. In text apps, they were able to type at the speed of 30 characters per minute via text interfaces.

Although advanced cursor functions like multitouch, gestures, and click-and-hold weren’t implemented in this research, authors were delighted to see how rapidly all participants used the interface to explore their interests and hobbies.

The research also has the potential to open new doors for communications between health care providers and patients with serious neurological disorders. This could further improve the interaction and understanding between patients and caregivers. 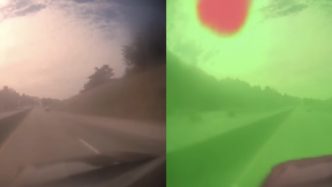 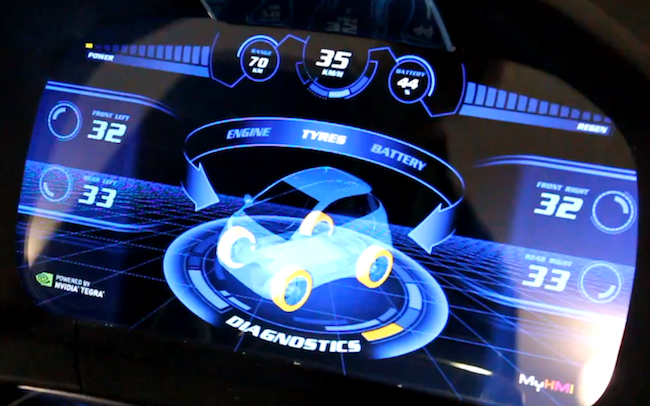