Can I Buy SpaceX Stock? How Much Is It Worth Today?

SpaceX has become one of the most valuable private companies in the world. It has grown by competing with incumbents head-on, instead of disrupting industries through the use of technology and marketing techniques.

Since the company is growing at an impressive rate, many investors want a piece of SpaceX. But can you directly buy SpaceX stock?

The answer is NO.

SpaceX is a private company and isn’t listed on any American Stock Exchange. Thus, you can’t buy shares from the stock market.

However, there are many shareholders of SpaceX, just not retail investors. Most of them are investment firms that invest in private corporations, and some are wealthy individuals, like Elon Musk (CEO) himself.

No other investor owns more than 10% of SpaceX. Google parent Alphabet has a 7.5% stake in the company. Other major shareholders include Valor Equity Partners, Founders Fund, Draper Fisher Jurvetson, and Capricorn.

Musk Has No Plan For Filing IPO

Actually, Elon Musk has several plans, but filling an IPO is not one of them. He wants to reduce the cost of rocket launches by a factor of ten, continue commercial satellite launches and US government missions, build a global satellite internet service called Starlink, and eventually put humans on Mars.

SpaceX needs money to develop the technologies required to implements these projects. To get that money, the company has raised equity financing and debt multiple times.

According to CNBC, SpaceX raised more than $1 billion in financing in the year 2019 alone. The funds will help SpaceX get Starlink to an operational level, which, once complete, would consist of over 11,000 satellites flying in low Earth orbit. This network will generate revenue that can be further used to build more advanced spaceships and rockets.

How Much Is SpaceX Stock Worth?

The company’s valuation has increased steadily as it has raised fundings to develop advanced rockets and spacecraft over the past decade. SpaceX has been able to draw money from private investors with ease.

In fact, both equity raises in 2019 were oversubscribed: the company raised $100 million more than they were looking for. In its April 2019 recent round of funding, investor demand was so high that SpaceX reportedly could have raised an additional $400 million.

In February 2021, SpaceX completed an equity funding round of $850 million, which sent its valuation to $74 billion. The company raised new funds at $419.99 a share.

This represents a 60% jump in SpaceX’s valuation from its previous funding round in August 2020, when the company raised $2 billion at a $46 billion valuation.

In 2018, SpaceX revenue stood at $2.2 billion (a 69% increase than previous year). It had an EBITDA (short for earnings before interest, tax, depreciation, and amortization) margin of 10.8%.

This figure is surprisingly close to the 13.5% and 13% EBITDA margin earned by Lockheed Martin and Boeing, despite the fact that SpaceX rocket launch costs much, much less than its rivals.

The company has been working to further reduce the launch cost by making rockets fully reusable, just like airplanes. If successful, the cost of access to space will be reduced by up to 100 times.

Furthermore, Musk believes that Starlink could generate more than ten times the revenue that SpaceX’s business of launching rockets could. If everything goes according to the plan, revenue from Starlink could be more than NASA’s annual budget.

“Total internet connectivity revenue in the world is about $1 trillion and we think maybe we can access about 3%” with Starlink. – Elon Musk

There Is One Way To Invest In SpaceX

You can indirectly invest in SpaceX by investing in its part-owner Alphabet. The company, along with Fidelity, invested $1 billion into SpaceX for 10% ownership of the private space agency. 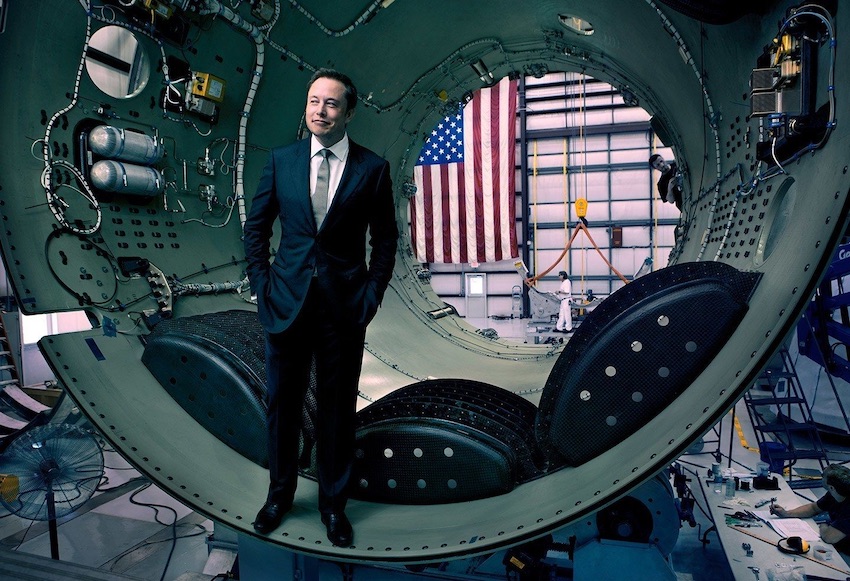 Therefore, in theory, owning shares of Alphabet is a way to indirectly grab a piece of the extraterritorial action. It might be a smart financial move if you buy shares at a fair price.

Read: What Hardware/Software Does SpaceX Use To Power Its Rockets?

Of course, buying Alphabet stock is the added bonus of owning a bit of its suite of products, including Google, Android, YouTube, and its self-driving car projects.

Currently, it is the only way you can invest in SpaceX. But before you put your hard-earned money into the stock market, be sure to diversify your portfolio at the lowest risk possible. 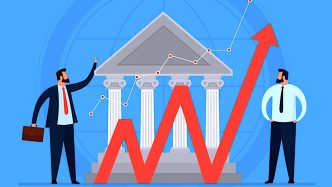 How to Become A Hedge Fund Manager In 2022? A Simple Guide