Cat eyes or cat’s eyes may refer to a variety of things. Initially designed in 1934 by a British inventor, a retroreflective pavement marker of the same name is being currently used in many parts of the world.

Likewise, a rare gemstone called cymophane is commonly known as the cat’s eye. Cymophane is one of the two varieties of a rare beryllium abundant mineral called Chrysoberyl. Today, however, we are here to talk about (feline) cat vision.

In general, cat senses are highly sensitive. They not only have the ability to hear higher-pitched sounds (up to 79 kHz at 60 dB) than humans and most dog species but are also capable of pinpointing the exact location of its source.

Cats also have an acute sense of touch and smell. As compared to humans, cats have about 200 million sensory cells inside their olfactory epithelium (smell associated tissue inside their nasal cavity) as compared to just 5 million in humans.

A cat’s eye, on the other hand, is one of the most fascinating and unique eyes in the animal world. Significant research has been conducted over the years to find out why cats are so efficient in hunting. And, as it turns out their eyes play a major role in the process.

Below, we have compiled a list of facts as well as myths about cat eyes that you, as a fellow cat lover (presumably), should know.

8. Heterochromia Is Common In Cats 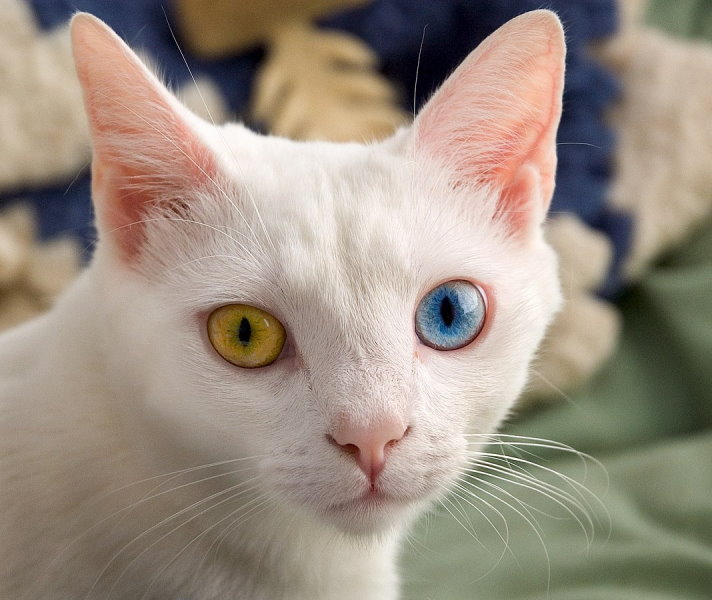 Heterochromia iridum, or simply, heterochromia, is a difference in coloration of iris. This phenomenon is more common in cats, dogs, and horses than humans. Felines with heterochromia are often called odd-eyed cats.

There are two types of heterochromia present in cats; sectoral or complete. In Sectoral heterochromia, only a section of one iris is of a different color from the rest.

7. Cats Have The Ability To See In Dark

As opposed to humans, cats can see in extreme low lights and near-dark situations. That’s because cats have almost eight times as many rod cells in their retinas as humans (with 92 million rod cells). One of the two main types of photoreceptor cells, the rods are important for night vision, both in humans and animals.

One contributing reason why they can see much better in dark is a layer of tissue (known as tapetum lucidum, located right behind the retina), which basically works as a retroreflector; reflecting light back through the retina. It allows cats, among other animals, to see in extremely dim lights.

The apparent changes in the colors of the cat’s eyes in flash photographs are due to reflection on the tapetum lucidum.

It’s the law of nature that no one (including cats) can see anything without light. Cat eyes are designed in such a way that it works well in extremely low light situations. In complete darkness, however, their eyes are ineffective any more than ours.

Humans blink their eyes on short, regular intervals to lubricate as well as protect them from loads of harmful elements including dust and sudden influx of bright light. Cats, on the other hand, don’t need such a mechanism. On certain occasions, however, a cat may blink or squint their eyes near humans or other cats. It’s one of their way to express affection.

Legend/Folklore: Cat Eyes Is Portals To Another World

Cats, especially cat eyes, have been a part of various mythologies and folklore. In Egyptian mythology, the mystical gleam in their eyes is believed to be the sun’s rays and symbolize the Egyptian deity of Sun. In Celtic mythology, cats’ eyes are considered gateways to a completely different world.

5. Cat Pupils (Eye) Detracts Or Flare Up Depending on The Amount of Light It Receives

Along with animals such as foxes and crocodiles, cats have vertical slit pupils. It allows them to focus on bright light without chromatic distortion. As a crepuscular animal (who is active through dusk and dawn), split pupils help them rapidly adjust from dark to very bright light situations.

As you may have noticed, a cat’s pupils tend to be much wider in dark in comparison to bright conditions. When exposed to bright lights, their slit-shaped pupils detracts, thus reducing the amount of light the retina receives.

On the contrary, in dark or low-light, their pupils expand to cover most of the eye’s surface.

4. They Have Better Peripheral Vision

When it comes to peripheral vision, cats fare much better than humans. The visual field of view in humans is 180°, while in cats it’s 200°. Like most well-known predator species, cats’ front-facing eyes allow them to have a wide frontal binocular vision (140°). It makes them better at depth perception, which is required for accurately locating the prey.

As you can see, cats have two small monocular visual fields (eyes are used separately) on each side and a rather large blind spot as compared to dog and horse.

While it’s clear that the field of view depends on eye placement, it may be somehow related to the structure of the eyes. Instead of the fovea centralis, cats (even dogs) feature visual streak, that allows them to focus on faraway objects in the widest of angles.

3. Domestic Cats Have A Rather Poor Color Vision

Cats have poor or very limited color vision ability as they possess fewer cones (and more rods) than us. Though they can differentiate between red and green as well as red and yellow lights, domestic cats are far better at telling the difference between blues and violets. Unlike humans, the cat cannot perceive different shades and intensity of colors.

A study conducted in 2014 has revealed that cats may see in ultraviolet. Like dogs and other mammals, cats transmit ultraviolet light (UVA 315-400 nm).

Cats appear to have a visual acuity of 20/200, which means a cat would have to be 20 meters away from an object to see it clearly, while an average human can see it from 200 meters away.

Cats can’t see nearby things as clearly as humans. This is because the necessary muscles needed to adjust the shape of eye lenses are missing from their visual apparatus. Similarly, far away objects appear fuzzy or blurred to them. As a sophisticated hunter, this nearsightedness is advantageous for felines.

1. A Special Membrane In Cat Eyes Act As Third Eyelid 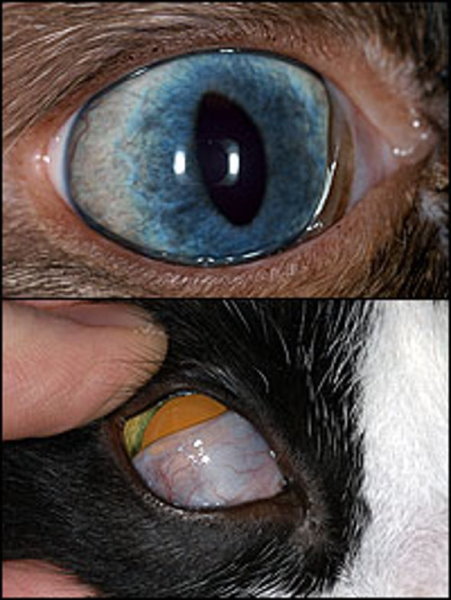 Mammals such as polar bears, seals, and camels possess a translucent eyelid-like membrane called the nictitating membrane. It can be seen on many reptile and bird species as well.

In a domestic cat, this membrane is critical for the overall health and safety of the eye surface. It is believed to keep the eye surface moist as well as protect the corneas from possible soft injuries. The membrane, in a way, also shields the cornea from fungal and bacterial infections.

Usually, this membrane is not visible in cats, but it is noticeable when the animal is sick. Gently pushing down the upper eyelid of a cat, while it’s asleep, can also make the membrane detectable.

In humans, only the remnants of the nictitating membrane can be found in the inner corner of both eyes. 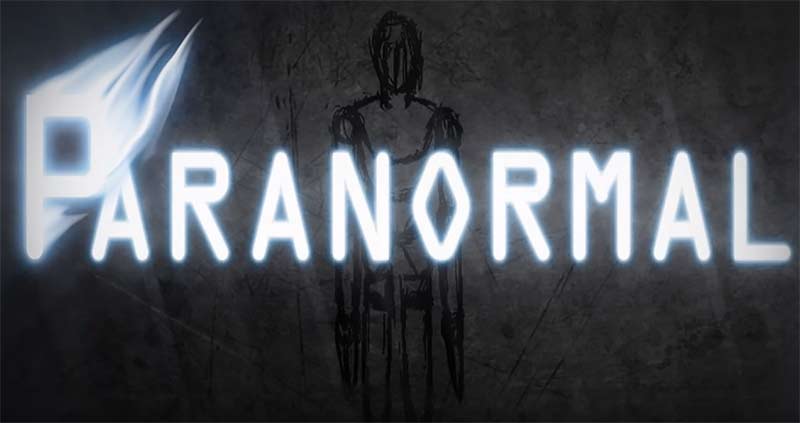