In the early 20th century, Albert Einstein developed the theory of general relativity to explain the law of gravitation and its relation to other forces of nature. It applies to a branch of astronomy concerned with the studies of the formation, evolution, and future of the universe.

The general theory of relativity is not only the foundation of modern cosmology, but also plays an important role in our daily lives. For example, it is used to calculate GPS positions in cell phones.

Physicists already know that Chameleon Theory can be used to describe our solar system. Theoretical calculations fulfill the stringent constraints and recreate the success of Einstein’s general theory of relativity in the solar system.

The research team has now shown that the model fits in with realistic galaxies and can be distinguished from Einstein’s theory on massive cosmological scales. In other words, Chameleon Theory could be used as an alternative to General Relativity to explain the formation of various structures in the Universe.

According to the new simulations, disc galaxies would still be able to form in different gravitational laws. Of course, General Relativity isn’t inaccurate, but it is not the only correct explanation of gravity’s role in the formation and evolution of the universe.

The research team analyzed the interaction between gravitational forces [described in Chameleon Theory] and supermassive black holes that sit at the core of large galaxies. The heat ejected by these black holes depends on varying gravity, which affects the formation of galaxies.

Disc galaxies were still able to form in cosmological hydrodynamical simulations, even after accounting for the alterations in gravitational forces caused by applying the new theory. 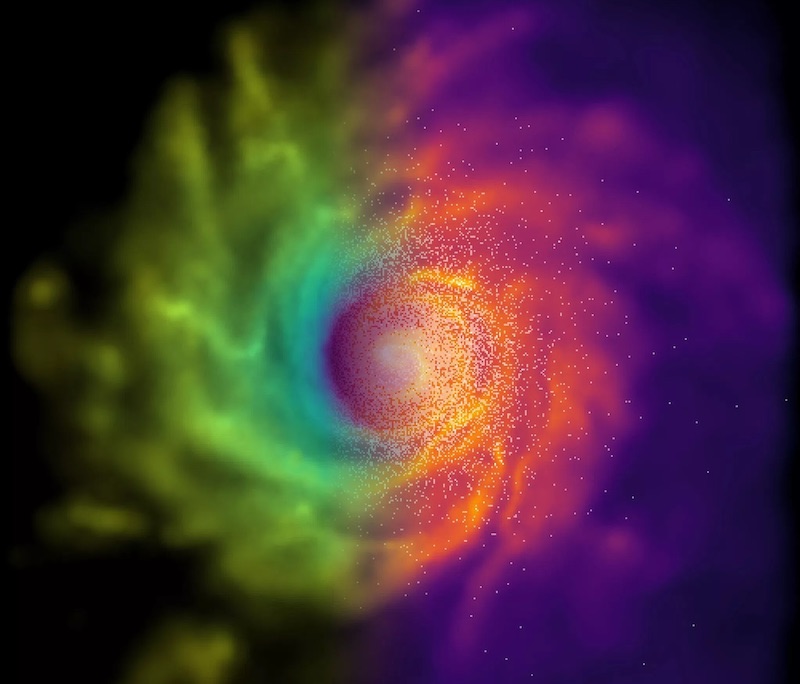 Simulation of a disc galaxy | Courtesy of Christian Arnold/Baojiu Li

In General Relativity, the expansion of the universe is explained by introducing an unknown form of energy known as dark energy. It is considered as a cosmological constant, representing a constant energy density filling spacetime homogeneously.

Alternatives to the cosmological constant — tuning gravitational laws as per Chameleon Theory — have also been widely reviewed given the fact that too little is known about dark energy.

The study could help scientists understand more about dark energy that is currently believed to be the reason behind the acceleration of the expanding universe.

The team believes that their theory can be tested through an advanced radio telescope — Square Kilometre Array — that expected to be built by the end of 2030. It would operate over a range of frequencies and would be 50 times more sensitive than existing ground-based radio instruments.

The telescope will be able to survey the sky more than 10,000 times faster than before. It will challenge General Relativity, helping scientists understand the mysterious energy in the universe. 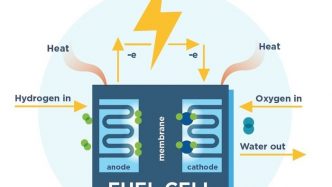 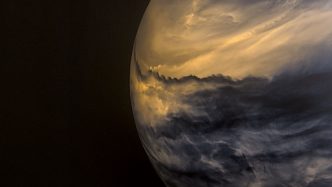