The two-century-old dream [of observing an individual molecule in motion] became a reality in 2007. It was made possible by single-molecule fluorescence microscopy and spectroscopy, which are now well-known and relatively easy to apply with modern laser, microscopes, and detectors.

Researchers at the University of Tokyo have reached beyond this dream: they have managed to capture videos of chemical synthesis at atomic resolution.

The findings show different stages of chemical processes, which could help scientists develop chemicals with greater precision and control than ever before. The study could also be extremely useful in drug development and materials science.

Traditional analytical techniques such as crystallography and spectroscopy tell us what happens during a chemical process. However, transient stages of complex chemical reactions include multiple intermediate processes which take place between the beginning and end of most reactions.

Although one can observe individual stages, it is incredibly hard to separate products at each stage and observe how they changed with time. Researchers have been working on this problem for almost a decade and now they have come up with a technique named molecular electron microscopy.

The problem can be divided into two pieces: on the large (1) and small (2) scale.

They used a unique carbon nanotube to separate and secure specific molecules. This involved snagging a nearby molecular and holding it in place. Each stage of the reaction took place at the nanotube’s tip, which was placed at the focal point of the electron microscope.

Researchers made sure that the carbon nanotube didn’t interfere with a molecule’s reactions. Finally, in 2013, they transformed the outcomes into real-time videos of the reactions.

Since then, they have been working to turn this mechanism into a useful tool. In this study, they illustrated single prenucleation clusters in the reaction mixture of metal-organic frameworks (MOF).

The cubic molecule critical to MOF crystals | Courtesy of researchers

More specifically, they discovered that two different types of single prenucleation clusters are involved in the formation of MOF-2 and MOF-5. Using single-molecule atomic-resolution real-time electron microscopic method, they captured a small amount of one-nanometer cube and cube-like clusters in the MOF-5 synthesis.

It took researchers 12 months to convince reviewers what they captured is real. Their findings will enable chemists to synthesize chemicals in a more precise and controlled manner. The research team has named this process ‘rational synthesis’.

Observing every aspect of reactions in real-time will also help scientists reverse engineer the whole process.

Two centuries ago, our dream was to observe molecules. And now, the dream is to precisely manipulate them in order to produce things such as new drugs to save lives or synthetic minerals for constructions. 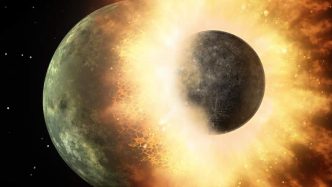 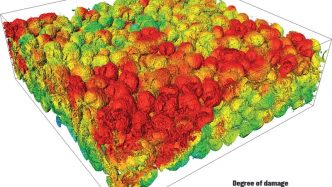