Magnetism is caused by the electromagnetic force. It is produced by the motion of electrically charged particles, such as electrons. The force acting on a charged particle in a magnetic field primarily depends on three factors – the strength of the magnetic field, the velocity of the particle, and magnitude of the charge.

Each material has its own unique property, determined by the positioning of its atoms. For instance, the arrangement of atoms in a metal dictates whether it exhibits insulating or conductive behavior.

Now, an international team of physicists has developed a technique that could actually make it possible – their method could in principle turn non-magnetic metals into magnets using laser light.

They theorized that the magnetism can spontaneously emerge in a non-magnetic metallic disk if it is illuminated by linear polarized light (a light wave vibrating in one plane) circulating electric currents.

Altering Intrinsic Properties of a Material

Researchers explored whether plasmons (as well as the oscillating electric fields created by them) can be used to change the properties of a material.

Usually, plasmons move and oscillate in the same direction as the driving field (such as the direction of the light field polarization). However, researchers discovered that plasmons in a non-magnetic metallic disk can also spontaneously rotate in either direction if the light irradiation is powerful enough.

The internal fields of plasmons alter both the material’s electron band structure and the plasmon itself, making the plasmon chiral (symmetric in such a way that the compound and its mirror image aren’t superimposable). 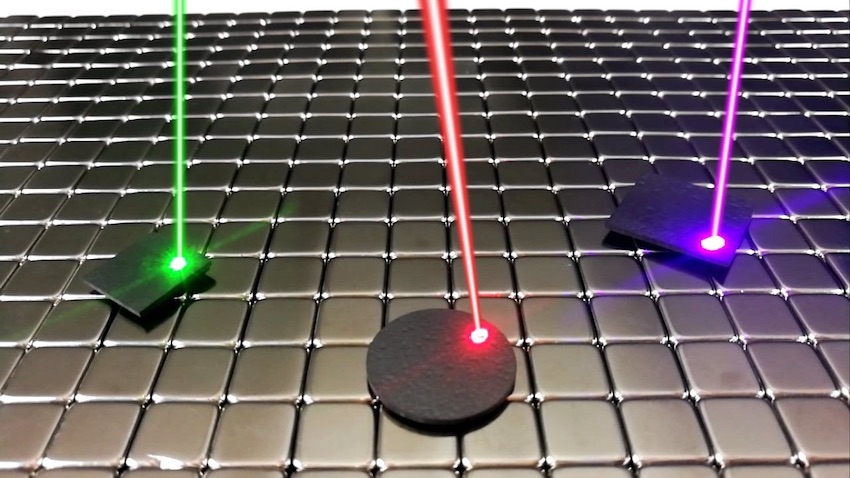 The key observations in this theoretical study is that powerful plasmonic oscillating electric fields are capable of modifying the dynamics of electrons within a material. If realized experimentally, the approach would open numerous potential applications across a variety of high-quality plasmonic materials, including graphene.

How It Is Different Than Other Studies

In recent years, the idea of altering the properties of a material using laser light has gained a lot of scientific attention. However, most of the published papers describe the methods to enhance properties that were already present in the material. Some studies also show how a material can imbue properties present in the light irradiation.

The new approach, on the other hand, is more advanced: the plasmons can obtain new properties that weren’t present in either the light field that was driving it or the metal that hosts the plasmons. 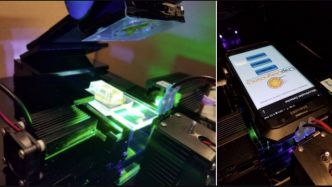 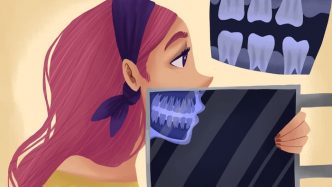