Applying hover effects on texts, links, or images is not something new. However, with the rapid enhancements in various web technologies, the basic things on the internet have changed a lot. And the hover effect is no exception here.

The latest technologies like CSS3, LESS and SVG pictures have shown us a lot of unique and exciting things in a last few couple of years.

Talking about CSS3, it has opened a multitude of new doors for developers and web designers. It is now possible to create interactive animations entirely in CSS markup.

Animation technique is always a head-scratching topic for designers as it requires a particular level of knowledge to create really unique smooth and stylish animation. Although CSS provides you the power to do animation, it doesn’t mean that it is suitable tool for all kinds of animations.

Apart from the common effects like underline and changing text color, we have included some less seen, modern effects that have been created using a combination of CSS3 and JavaScript.

Judge it with your eyes. We are going to show you nothing but a few creative and inspiring CSS hover effects that reveal true potential of the CSS3. Besides fun experiments, there are some practical examples of how these beautiful effects can be integrated into any element to make it look awesome.

Some of the images are quite heavy in size, so if you’ve slow internet connection, it would take time to load.

22. Swatch Book with CSS3 and jQuery

5. Image with Rotating Title on Hover

Read: 28 Amazing CSS3 Effects To Give Your Website a Modern Look 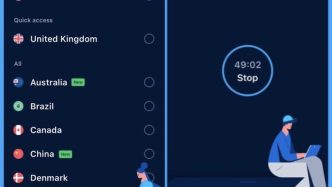