The discovery of graphene and carbon nanotubes has sparked a new field of synthetic carbon allotropes. Fullerenes are the only molecular allotropes of carbon that do no consist any other atoms. They have ellipsoidal, spherical and tube-like shapes, completely made of carbon atoms.

The existence of cyclocarbons, on the other hand, has remained a controversial topic for years. Many chemists have tried to synthesize cyclocarbons — a molecule consisting solely of an n number of carbon atoms — but no fruitful results have been observed until now.

Recently, researchers at IBM and Oxford University successfully synthesized the first-ever ring of pure carbon: a circular molecule containing 18 atoms of carbon, a chemical compound that has fascinated scientists for many years.

Carbon is the 4th most abundant element in the universe by mass and it has incredibly unique properties. Several atoms of carbon can bond together to form a new compound. For example, each atom can bind to four nearest neighbors in a tetrahedral shape to form a diamond.

Many chemists, including a Nobel prize winner Roald Hoffmann, have long postulated that carbon can also bind to two nearby atoms forming a chain. It is possible in two ways: if each carbon atom forms either a double bond on both sides (by sharing two electrons on each side) or a single bond on one side and a triple bond on the other.

Many experimental chemists have tried to create chains or rings based on this pattern, but since the structure is extremely reactive, it is less stable than diamond and graphene. However, they can be made stable by adding other elements.

In this study, researchers were able to create and image the long-sought circular molecule carbon-18. First, they synthesized four-carbon square molecules that were attached to atoms of oxygen. These molecules were then put on a bilayer of sodium chloride, inside a low-temperature high-vacuum chamber. 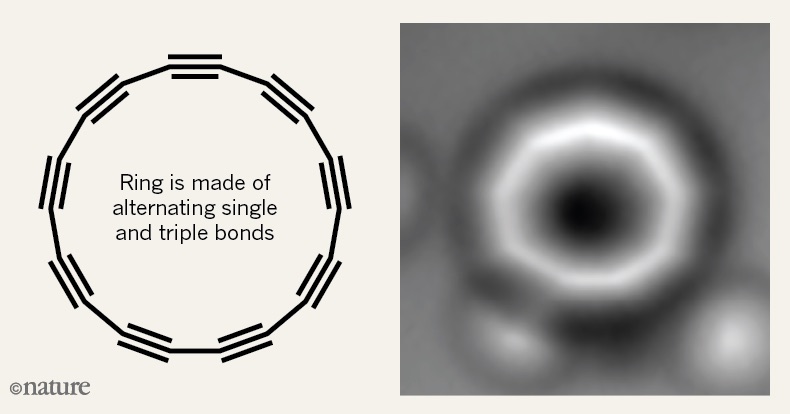 To remove the additional oxygen-containing pieces, they used an atomic-force microscope. They carefully manipulated each ring with electric currents and after several trial-and-error attempts, the microscopic images revealed a cyclo[18]carbon structure.

It has alternating single and triple bonds, which give carbon rings and chains the properties of semiconductors. The long, straight chain of carbon atoms could also exhibit semiconducting behavior. Therefore, in the near future, it could be utilized in the development of molecular-sized transistors.

Carbon-18 ring is the smallest cyclo[n]carbon considered to be thermodynamically stable, with 72 kilocalories per mole of strain energy. Other basic properties of the molecule are still being studied.

Read: It Is Now Possible To Efficiently Convert Carbon Dioxide Back Into Coal

Researchers haven’t been able to produce multiple molecules at once, but they will keep trying alternative methods that might yield more than one cyclocarbon structure. The study also opens new avenues to synthesize other elusive carbon-rich molecules by atom manipulation. 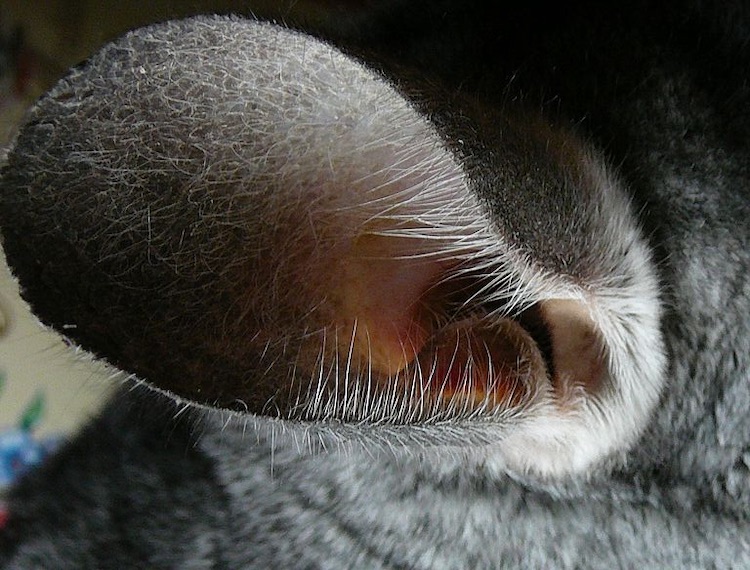 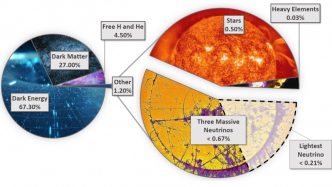