17 Deadliest Animals In The World

What is the world’s deadliest animal (apart from humans)? Well, based on the number of humans killed per year, it is not a shark or snake, but something much smaller than that: a mosquito. Indeed, most of the reported deaths caused by animals is a result of the disease they transfer rather than physical confrontation.

Below, we have compiled a list of deadliest animals based on the number of human deaths caused by them every year. 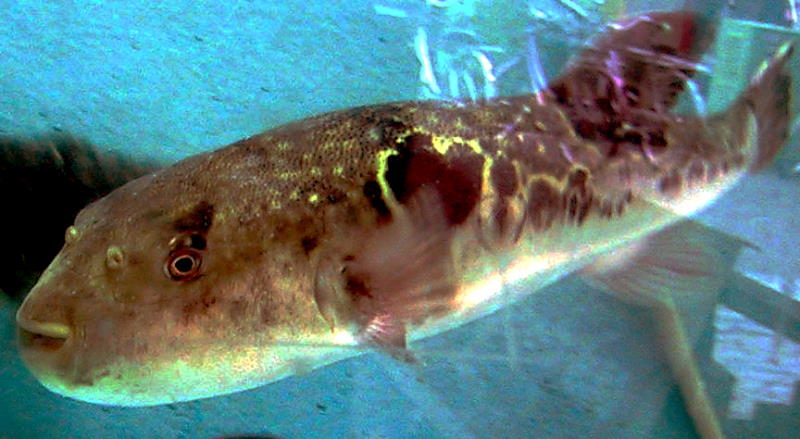 In Japan, and several other countries, pufferfish meat (known as Fugu) is a delicacy. However, if not handled carefully, eating pufferfish can be fatal. They carry high amounts of tetrodotoxin poison that can effectively paralyze muscle tissue and suffocate the victim.

Even though pufferfish fishing and dining are highly regulated, several accidental deaths occur in Japan every year due to its consumption. It is far more poisonous than potassium cyanide, and licensed chefs are allowed to cook and sell the fish.

Researchers believe that fugu’s toxicity is a result of consuming prey infested with tetrodotoxin-laden bacteria. In some parts of Japan, farmers have devised a method to produce ‘poison-free’ fugu by preventing the fish from consuming certain prey. 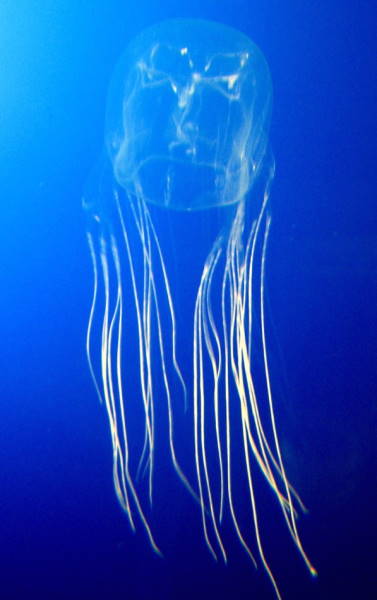 Box jellyfish is a distinct class of jellyfish (Cubozoa), which can be identified by its cube-like shape. Several species of the box jellyfish are known to produce potent venom that can be fatal to humans.

More than 50 different species of box jellyfish are known to date. 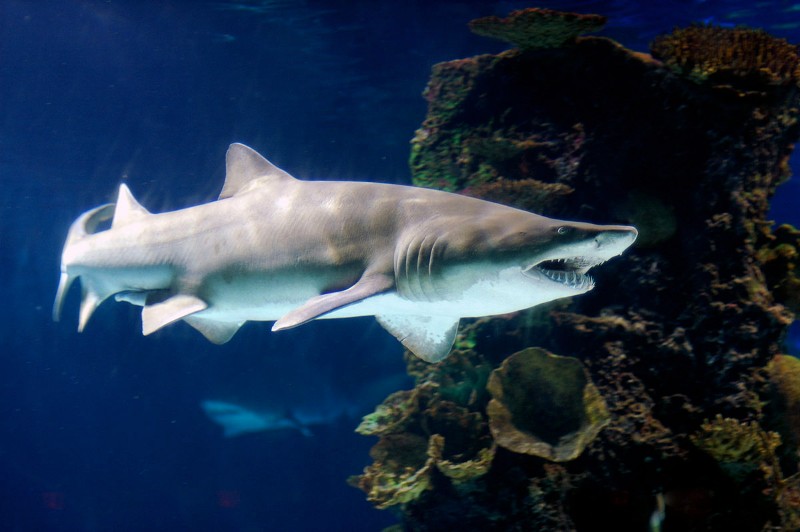 Not all shark species are dangerous to humans, as most sharks related attacks are carried by just four of them, namely; oceanic whitetip, tiger shark, bull shark, and the great white shark. Every year, about 80 unprovoked shark attacks are registered on average. The number of people who die due to those attacks is close to ten.

Shark attacks on humans are not intended for feeding. Instead, most of these attacks are caused by sharks mistaking surfers as prey. Studies indicate that in cases of unprovoked shark attacks, it is highly likely that the shark has mistaken the human for its usual prey, such as seal. The human meat also doesn’t provide enough energy to sustain a giant shark.

The great white shark is perhaps the most dangerous of all shark species, being involved in most unprovoked shark attacks.

Wolves are a highly territorial species, and territorial fights are the single most significant cause of their deaths. Wolf attacks on humans are relatively rare as they prefer to live in remote areas, away from the human population.

Studies have shown that human presence inside a wolf territory is likely to spike their stress levels. It is evident by increased cortisol levels in wolves during any public event near their area, such as snowmobile activity.

Though humans are not their natural prey, wolves may attack people either due to a severe shortage of prey in the wild or after gradually losing the fear of humans. On average, ten people die every year due to wolf attacks. 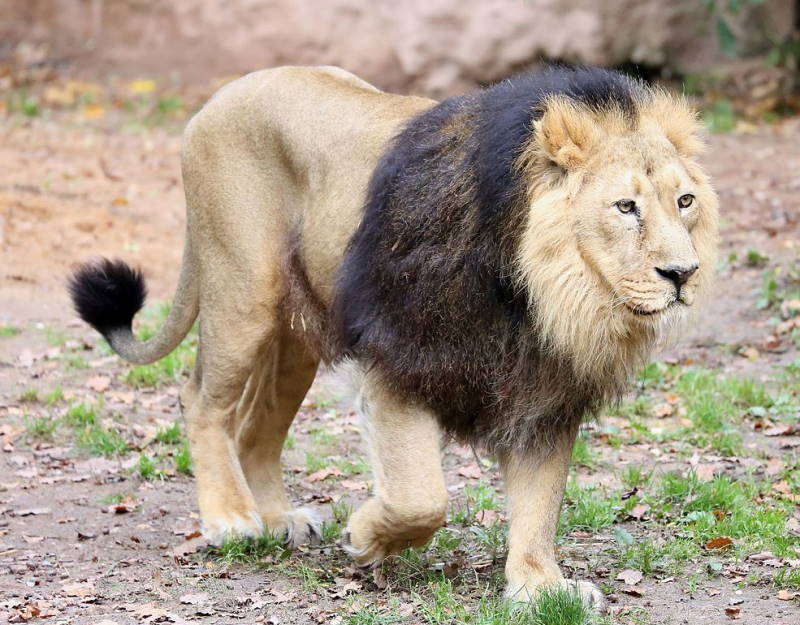 As a hypercarnivore and an apex predator, the lion is known to hunt large mammals. Their diet includes anything from blue wildebeest and African buffalo to common warthog and even porcupines. Lions usually don’t kill humans, several such instances, however, occur every year.

Many experts believe that man-eating behavior in lions is not unusual. If a situation arises, where human corpses are available, lions will gradually start preying on humans. 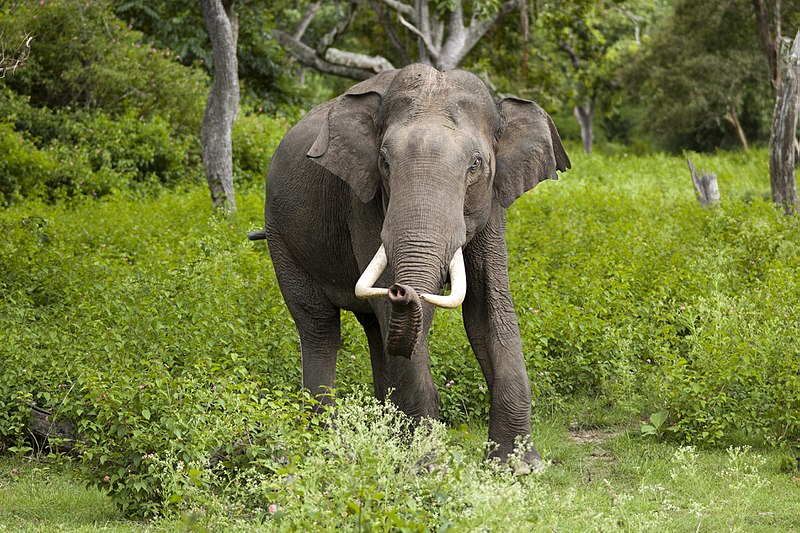 Adult, fully grown elephants are one of the most feared animals. Apart from a few predators such as tigers, lions, and hyenas, most animals keep their distance from them.

Due to their extraordinary size and dietary requirements, elephants cannot coexist peacefully with the human. There are several well-documented cases of such violence (or perhaps retaliation) against humans.

In the 1970s and 80s, when poaching and selective slaughter (culling) of wild elephants were at its peak, reports of young elephants bulldozing through villages in Africa were rampant. These attacks continued through the 21st century.

In India, cases of young elephants destroying villages and killing civilians are frequent. Between 2000 and 2006, human deaths caused by elephants in the Indian state of Jharkhand is about 300, while it is close to 240 in Assam.

In 2002, a group of elephants killed six people in an Indian village. It led locals to kill more than 200 elephants near the region in retaliation. About a hundred people die each year due to elephant-related attacks around the world. 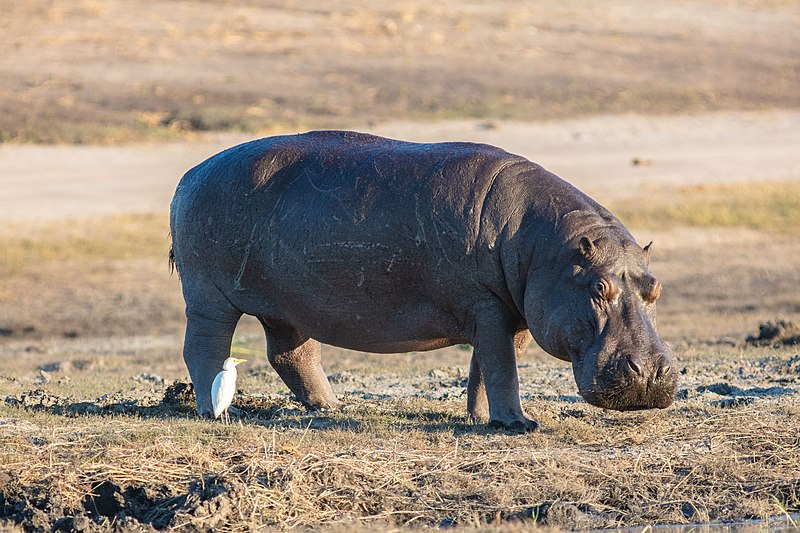 Hippopotamus, or simply hippo, is the third-largest mammal on earth after elephant and rhinoceros. They are considered as one of the most dangerous terrestrial animals, not only due to their size but also because of their highly aggressive and unpredictable nature.

An adult male hippo averages about 1,500 in weight, though it can still run at the speed of 30 km/h for a short period. Their formidable jaws can produce a bite force of 8,100 newtons. For perspective, the bite force of a lion is around 4,500 newtons.

Hippos are much deadly in lakes and rivers, where they spent most of their lives. Small boats and vessels are vulnerable against their aggressive attacks, which may even lead to human casualties. In 2014, a hippo attacked a boat carrying 13 people near Niger’s capital, Niamey. All 13 of them died.

Do you know, despite being physically similar to many even-toed ungulates, such as pigs and boars, hippos are genetically much closer to whales and dolphins? 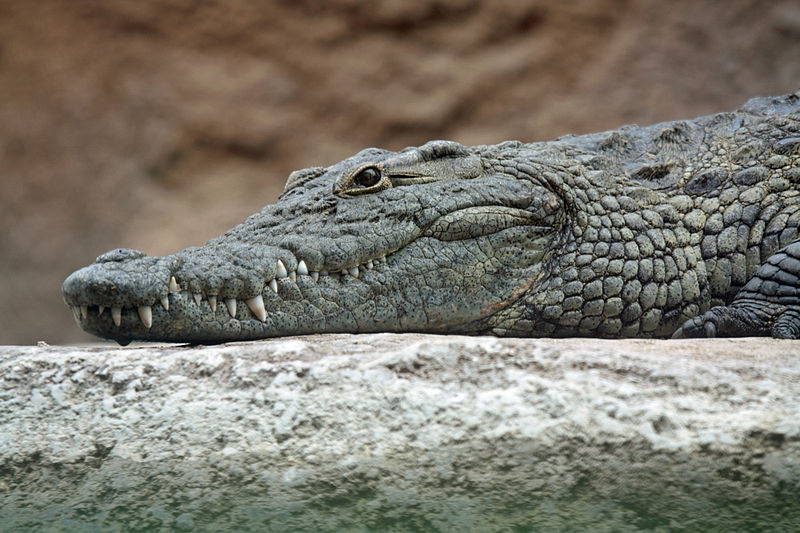 Crocodile is one of the deadliest animals in the world. Out of the 16 known crocodile species, only the larger ones pose a severe threat to humans. Two of the largest and most aggressive species, Nile crocodile and saltwater crocodile alone are responsible for the deaths of hundreds of people every year in Africa and Southeast Asia. A study indicates that about half of the attacks carried out by these two species are fatal.

Other species, such as American crocodile and mugger crocodile, have been involved in attacks on humans, though they have fewer fatality rates. 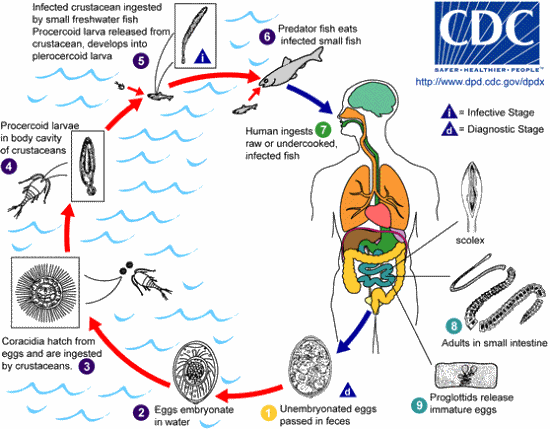 Tapeworm is a common name given to a large family of endoparasites that live inside the digestive tracts of various vertebrates, including that of humans. A person infected with tapeworm can develop severe health conditions, which, if left untreated, may even lead to death.

One such condition is Hydatic disease, in which the victim develops cancer-like cysts. Their rupture can instigate new complications and, in some cases, trigger seizures. In 2015, about 1,200 people died due to the disease globally.

Roundworm, also known as nematodes, is a diverse group of parasites that are found in nearly every ecosystem, from saltwater to freshwater and the tropics to the polar regions. So far, about 25,000 species of roundworms have been identified, and a handful of them is known to parasitize or infest humans.

Ascariasis, an infectious disease caused by a particular roundworm species (Ascaris lumbricoides), led to 2,700 deaths globally in 2010. At least 428 million people (worldwide) were affected by hookworm infection. Though rarely fatal, it can cause anemia and severe protein deficiency in victims. 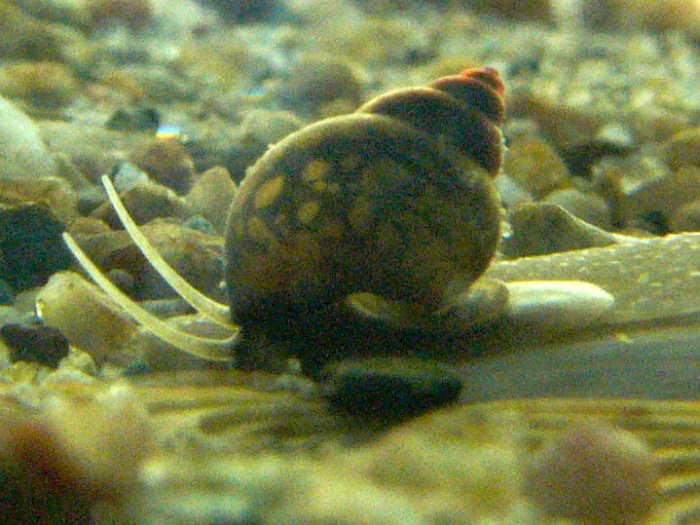 Schistosomiasis is the second deadliest parasitic disease in the world after malaria. In 2015, the number of people affected by the disease worldwide was more than 250 million, and about 200,000 people die every year form it.

Another name for schistosomiasis is snail fever since the disease is spread mostly by freshwater snails infected with a parasitic flatworm known as Schistosoma. Other parasitic infections that are transmitted by freshwater snail species are fascioliasis, fasciolopsiasis, and paragonimiasis.

Triatominae, also known as the assassin bug, is the primary factor of the deadly Chagas disease (or American trypanosomiasis). According to the WHO report, about 6-7 million people are suffering from this disease worldwide. In some cases, a bite from the triatominae bug can induce anaphylactic shock.

The disease is caused by Trypanosoma cruzi, a species of parasitic protozoa. Triatominae bug is found mainly in the Americas, though a few species are also present in Europe, Asia, Africa, and Australia. 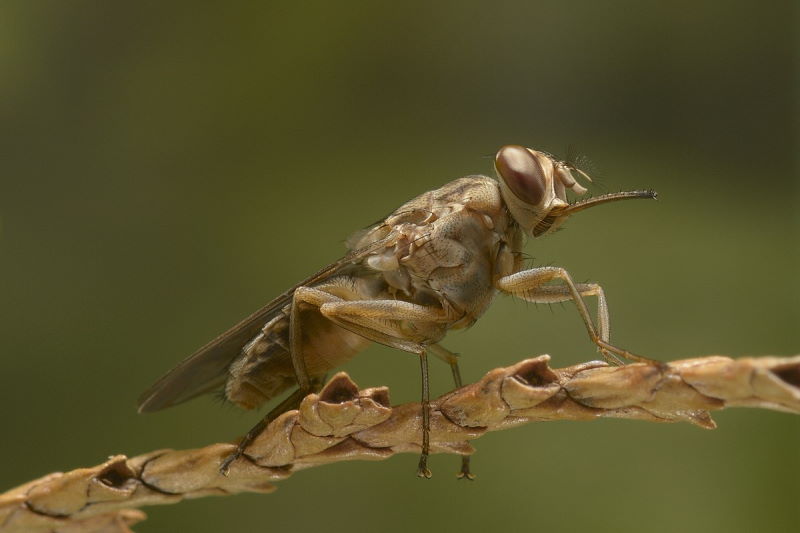 Tsetse fly, also known as tik-tik, is a family of large, blood-feeding files that are endemic to tropical Africa. They are the principal vector of trypanosomes parasites that cause trypanosomiasis disease, also known as sleeping sickness in humans.

The infection enters the human tissue after a tsetse bite. From there, the infection makes its way into the lymphatic system and then the bloodstream. It eventually evades the blood-brain barrier and enters the central nervous system. Symptoms include fevers, headaches, sleeping trouble, and confusion. The disease is usually fatal if left untreated for long.

In 2010, the number of deaths caused by African trypanosomiasis disease was about 9,000.

Read: 12 Fastest Animals In The World

One of the deadliest viruses on earth, the rabies virus, took more than 17,000 lives in 2015, and about 95 percent of those deaths were in Asia and Africa. The disease can cause partial paralysis, anxiety, paranoia, and hallucinations. Victims may also develop hydrophobia or fear of water.

Though rabies can be transmitted in humans by several animals infected with the virus, including bats and monkeys, the largest cause of the disease are dogs. Their bites cause about 99 percent of rabies cases (except the U.S). 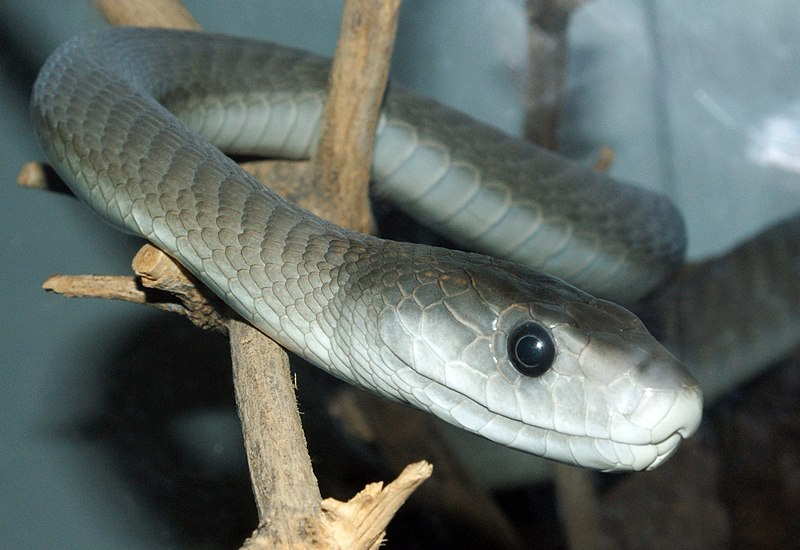 There are about 700 venomous snake species in the world. The black mamba, Africa’s most feared snake, can make a person unconscious within 45 minutes of a bite. The signs of severe envenomation, such as metallic taste, blurred vision, and shortness of breath, become apparent within the first 10 minutes.

In the case of the coastal taipan (one of Australia’s deadliest snake species), on the other hand, death can occur 3-6 hours after a bite. However, it could be as early as half-an-hour in severe envenomation.

According to the World Health Organization, about 80,000 to 137,000 people die each year because of snake bites around the world.

Humans are the most intelligent and advanced animal species on earth. Our ability to utilize tools more efficiently than any other animal has helped us overcome countless challenges in the past. And sure, we will continue to do that in the future. These unique abilities, however, have enhanced our capability to inflict more damage against other animals as well as fellow humans.

According to an estimation, the total number of deaths from war alone could be more than 150 million. The oldest known instance of inter-group violence took place about 10,000 years ago. As per the United Nations Office on Drugs and Crime, about 437,000 cases of homicides were registered in 2012. 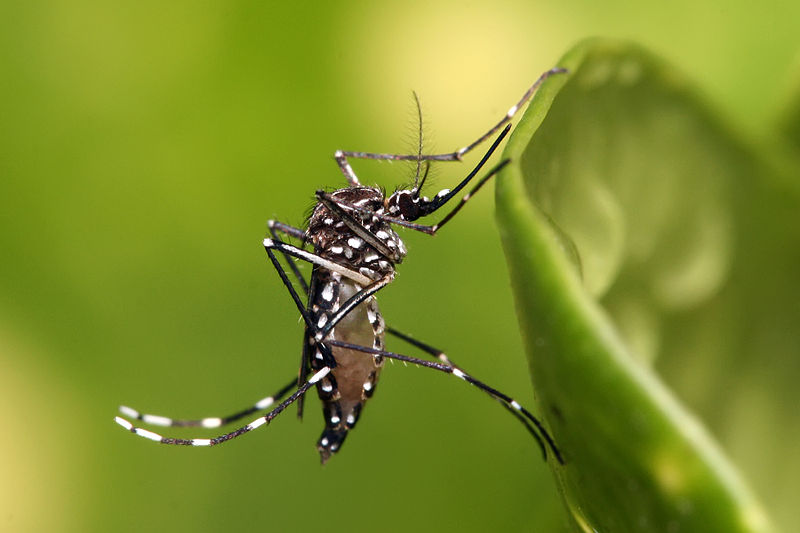 Despite their minute size, mosquitos are equipped with means to kill humans and other animals alike. Mosquito species are lethal due to their disease-transmitting ability.

According to the WHO report, about 405,000 people died of malaria in 2018-2019. That’s just one of the many life-threatening vector-borne diseases caused by mosquitoes. Dengue, another deadly infectious disease, takes close to 40,000 lives every year.

Read: What Is An Energy Pyramid? Main Levels And Examples

Mosquitoes from genus Aedes, Culex, and Anopheles are largely responsible for diseases like Chikungunya, encephalitis, West Nile virus that collectively kills about 725,000 people every year worldwide. 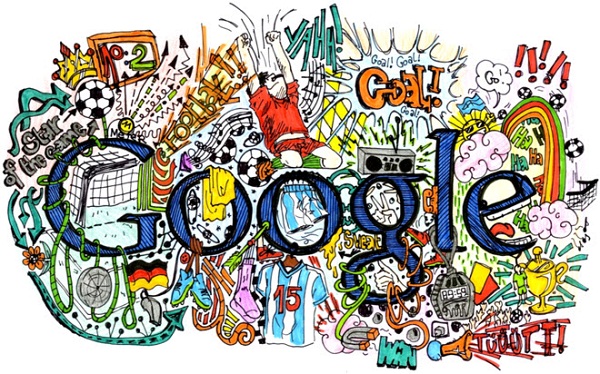 How 25+ Big Companies Got their Names 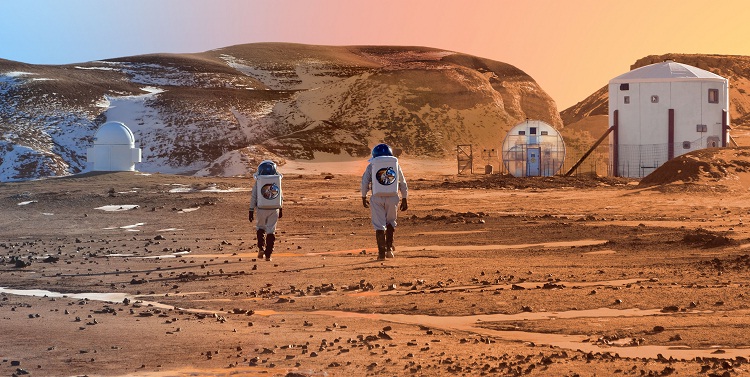 What’s The Maximum Gravity Human Could Survive On Other Planets?