Over the last couple of decades, we have seen a lot of advancement in nanobiotechnology field, which led to the development of personalized medicine and new ways of diagnosis and therapy of notable diseases.

Micro- and nanoparticles based structures are of particular interest as unique therapeutic and diagnostic agents due to their wide range of properties in comparison with bulk biomolecules.

Now biophysicists at Moscow Institute of Physics and Technology (Russia) in collaboration with an international team of researchers, have developed a technique to modify the surface of nanoparticles by coating them with special biological molecules. It enables nanoparticles to act as both diagnostic and therapeutic agents, transporting drugs to cancer cells.

The concept of killing specific microbes (like bacteria) in the body was formulated by Paul Ehrlich in 1900. Like a bullet is fired from a gun to hit a particular target, there are certain ways to specifically target invading microbes in our body.

Ehrlich envisioned drugs that would have a special molecule for detecting the pathogen in the body and another molecule for reacting on the target. Such universal systems could be used for diagnostics and therapy. When diagnostic agents and therapeutic agents are combined, it’s called theranostics.

To develop theranostic agents, researchers create a ‘molecular glue’ that holds a diagnostic and a therapeutic component. They used barnase–barstar protein pair — one of the most stable complexes of proteins — to make this glue.

It’s binding constant — a value that shows how tightly a ligand and molecule are bound together — is up to 1 million times higher than those of the immune complexes, also known as antigen-antibody complexes.

Barnase is bound to therapeutic agents (drugs, antibodies, fluorescent molecules) while barstar is fused with targeting agents. Researchers have combined these two components to obtain both these properties. A wide range of theranostic agents could be achieved by fusing barnase-barstar complexes with various diagnostic and therapeutic molecules.

Dozens of these molecular structures can be deposited on the surface of micro- or nanoparticles. The structures have additional properties, such as ability to destroy themselves when exposed to radiation, killing of dangerous (cancer) cells.

According to the authors, the barnase-barstar protein pair doesn’t change the spatial structure of the targeting particles. It is highly specific and only takes a few minutes for all components to bind.

The biophysicists used silicon dioxide-coated nanoparticles as the carrier for their complexes, which primarily target cancer cells that can be detected by the HER2/neu oncomarker on their surface.

HER/neu (human epidermal growth factor receptor 2) is a protein present in healthy cells. It enables cell growth and division, but in excess (amplification or over-expression), they could lead to the development and progression of cancer cells.

Researchers used a molecule from DARPins — Designed Ankyrin Repeat Proteins, shown in blue bellflower-shaped structures — as a targeting agent to identify HER2/neu protein. They also used a silicon dioxide binding peptide to bind this molecule to the surface of the carrier particle.

Finally, what they got is a nanoparticle coated with silicon dioxide, in which barnase and DARPin modules are attached through a silicon dioxide-binding peptide fused with barstar.

Unlike other state-of-the-art methods like EDC/sulfo-NHS, the proposed technique retained targeting functionality in DARPin modified nanoparticle even in such complex biological fluid as whole blood. Each module in this structure can be modified or replaced, changing the properties of the whole structure. 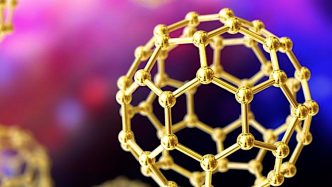 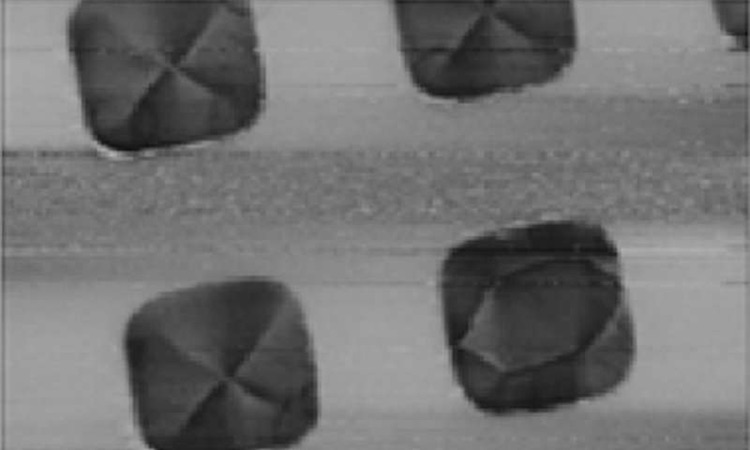