The density, or more precisely the volumetric mass density, of a substance is its mass per unit volume (denoted in kg/m3). In space, the densest object observed to date is a neutron star — the collapsed core of a giant star can be twice as massive as our Sun.

But what about the Earth? What is the densest material on the Earth? Let’s find out. 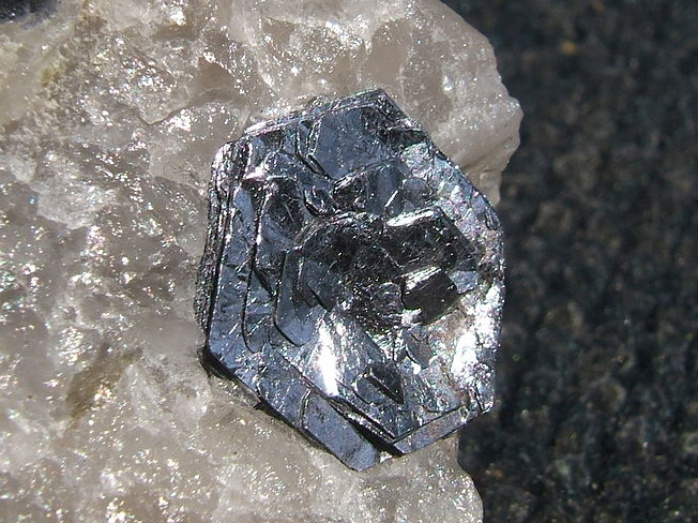 This might be the first time you are hearing about the element named molybdenum. For starters, it belongs to the group of transition metals with an atomic number of 42. It does not occur naturally as it only exists in oxidation states in various minerals.

On average, a superior quality steel alloy contains about 0.25% molybdenum. A large share of mined molybdenum is used to create various types of alloys. Another significant use of molybdenum is in the field of biochemistry as a bacterial catalyst to break atmospheric molecular nitrogen. 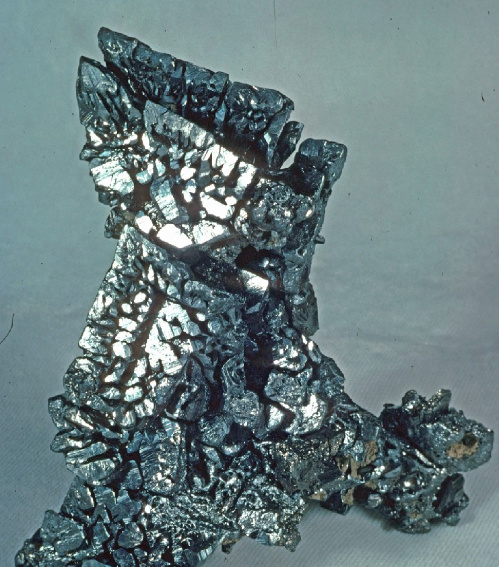 From historic times, silver has been valued as one of the most important minerals on the Earth, which is still the case today. Alongside its use in currency, it’s also used to make ornaments, tableware, and solar panels.

Silver’s high electrical and thermal conductivity is the reason why it’s extensively used in the electronics industry for making conductors and coatings. 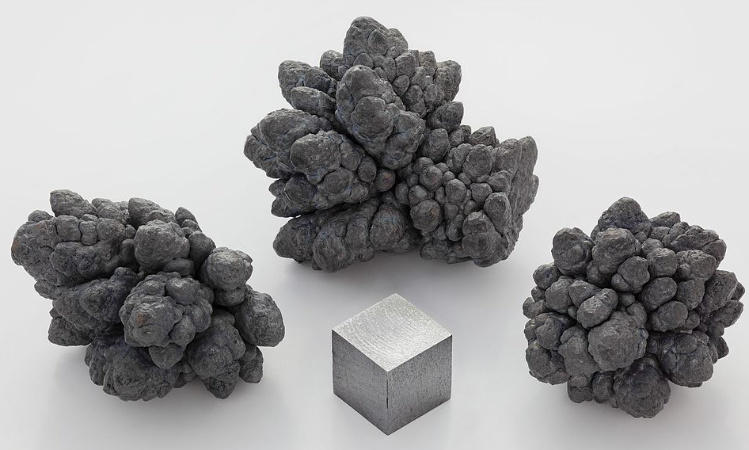 Lead is soft and malleable and has a relatively low melting point. On Earth, lead is one of the commonly found elements alongside sulfur. It is now a well-accepted fact that lead was known to humans, even before 6000 BCE, and was probably used for metal smelting.

Ancient Egyptians were the first to use lead as a consumer product. While ancient Chinese used it as a currency. In the 21st century lead plays an important role in many industrial sectors (including construction works) due to its high density and an extreme tolerance for corrosion. It is also used as a noise deadening material in studio walls and floors.

Named after the Thor, the Norse god of thunder, thorium is moderately strong radioactive metal, whose known isotopes are unstable. It is only the second radioactive element that is found in the Earth’s crust in its natural form. It might be possible that thorium is as much as three times more abundant than uranium. According to the 2014 data of the World Nuclear Association, India has the largest thorium reserve in the world. 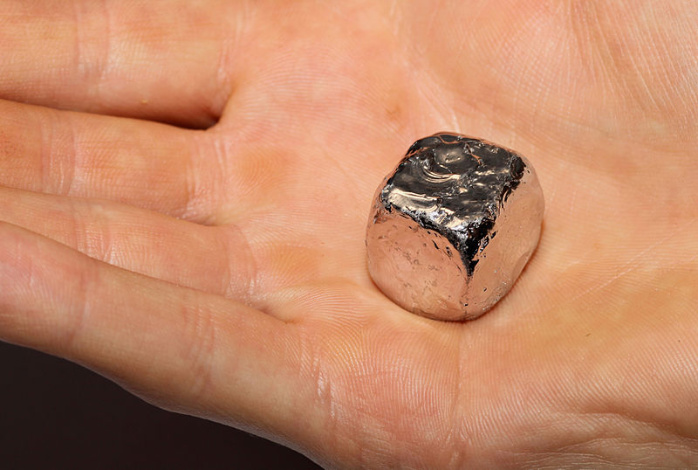 Rhodium is known for its extreme corrosion resistance and chemically inert property. Although a large amount of rhodium is retrieved from platinum and other platinum group elements, at least one of its isotope (103 Rh) is found naturally. The element was discovered in the early 1800s by English chemist William Wollaston.

Rhodium is mostly used as a catalyst in TWC or three-way catalytic converters (exhaust control system) in petrol or diesel engines as they help minimize nitric oxide and nitrogen dioxide emission. 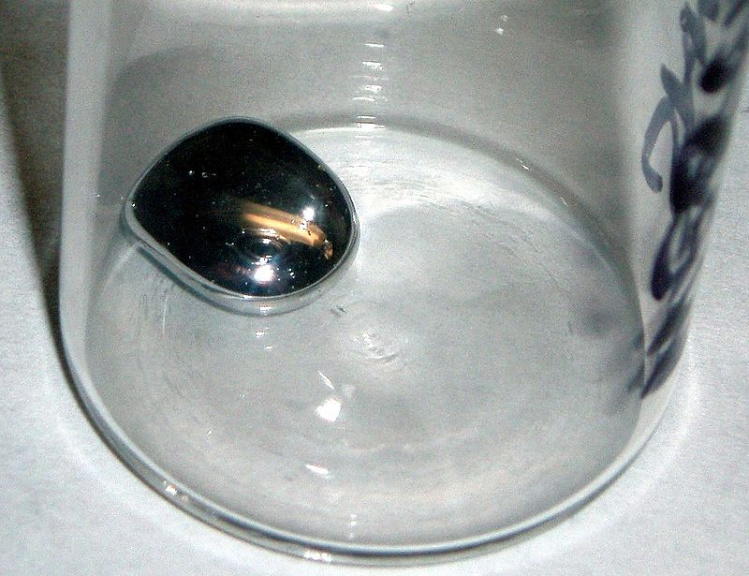 In my opinion, mercury is one of the most interesting elements in the periodic table. It is one of the two solid elements that becomes liquid under normal room temperature and pressure, the other being bromine. It has a freezing point as low as -38.8 °C and takes around 356.7 °C to boil.

It also changes volume by nearly 4% from 13.69 g/cm3 to 14.184 g/cm3 when it transforms from the liquid state to solid-state. Mercury is commercially used in barometers, thermometers, lamps, and many other devices. 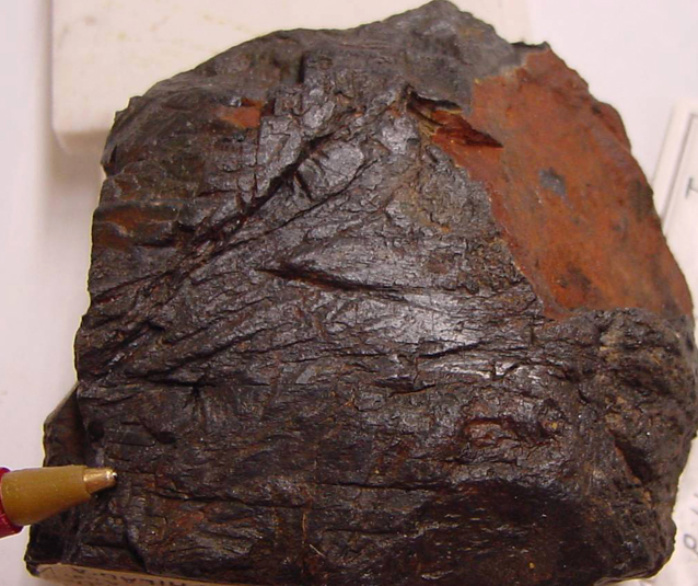 Earlier known as tantalium, it belongs to the refractory group of metals, which constitutes a minor portion in different types of alloys. It’s hard, rare and has high corrosion resistant property that makes it the perfect material for high-performance capacitors, which are ideal for home computers and electronics.

Another major use of tantalum is in surgical instruments and in body implants because of its ability to directly bond with hard tissue inside our body. In nature, tantalum is found in minerals such as columbite, tantalite, and coltan. 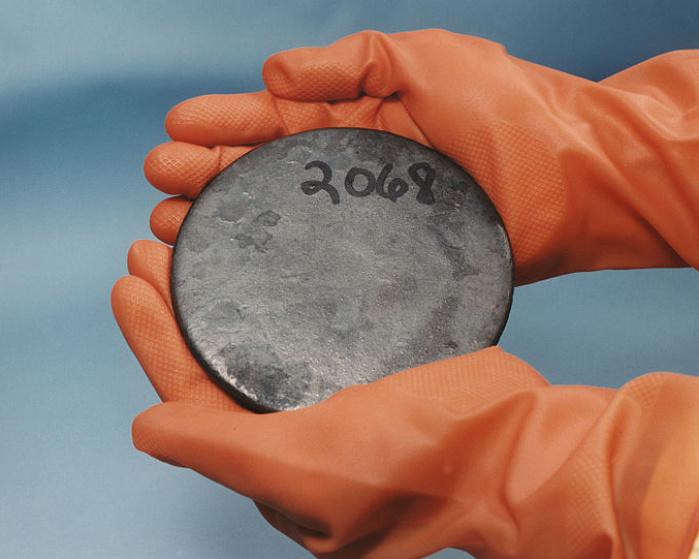 A billet of enriched uranium

Like thorium, Uranium is also weakly radioactive. Naturally, Uranium is found in three different isotopes: uranium-238, uranium-235, and less common uranium-234. The existence of such an element was first discovered back in 1789, but its radioactive properties were discovered only in 1896 by Eugène-Melchior Péligot and its practical use was done for the first time in 1934 after the project Manhattan. 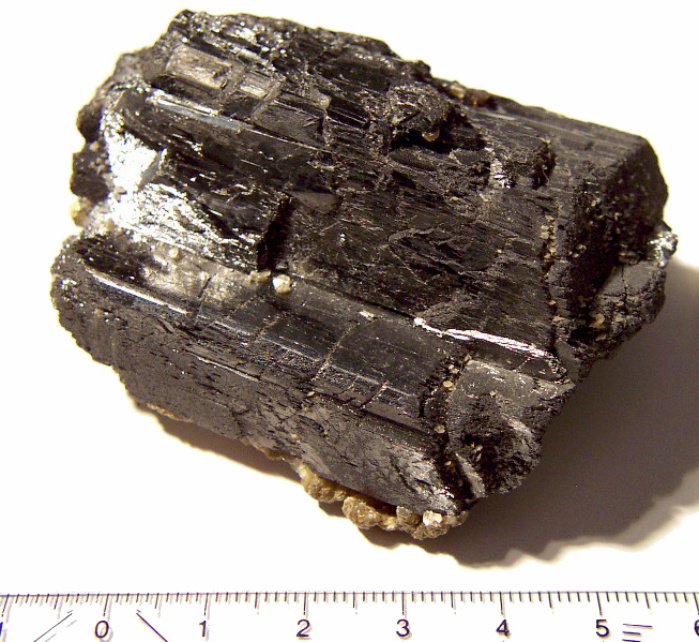 The most common use of tungsten is in bulb filaments and X-ray tubes, where its high melting point is important to work efficiently under extreme heat. In pure form, its melting point is perhaps the highest of all metals found on the Earth. China is the biggest producer of tungsten in the world, followed by Russia and Canada.

Its extremely high tensile strength and relatively low weight also made it a suitable material for grenades and projectiles, where they are alloyed with other heavy metals such as iron and nickel. It’s also used as a substitute for precious metals like gold and platinum due to their almost identical density. 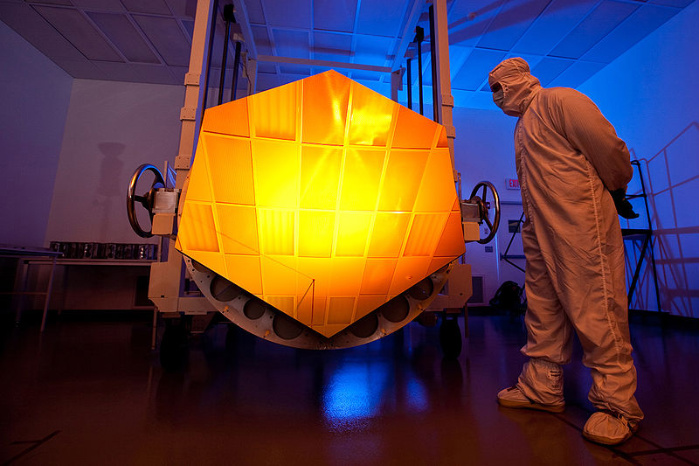 Gold is one of the most precious, popular and sought after material on the Earth. In fact, according to the current understanding, gold is also originated from supernova explosions in the distant space. As per the periodic table, gold belongs to a group of 11 elements known as transition metals.

Have you ever wondered why you always get impure gold whenever you buy jewelry? Well, that’s because the pure (24 carats) gold is soft and to make it more durable and strong, other base metals such as copper are added, so it becomes impure in the process. It is also used in electronics to build corrosion-free connectors for various appliances. 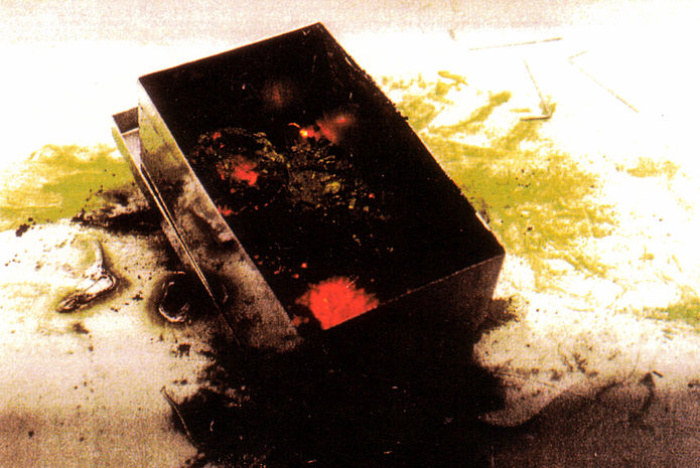 Right now, plutonium is the densest radioactive element in the world. It was first isolated in a University of California lab in 1940 when researchers detonated the uranium-238 in a huge Cyclotron.

On a large scale, this deadly element was first in the Manhattan Project, where a substantial amount of plutonium was used to detonate “Fat Man”, a nuclear weapon on the Japanese city of Nagasaki.

Contrary to most of the elements in the periodic table, the density of plutonium increases by a rate of 2.5%, after reaching its melting point, but it also exhibits a gradual decrease in density with increase in temperature (before reaching the melting point). After the events of World War II, the use of plutonium is now solely restricted to produce commercial nuclear energy. 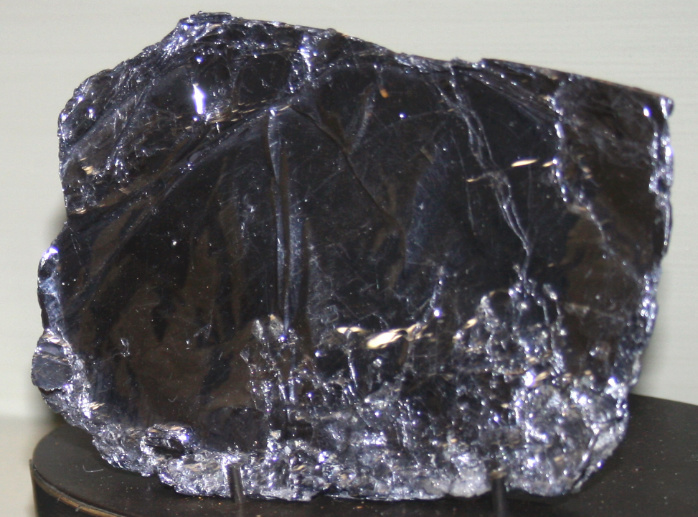 Rhenium is found in abundance in Molybdenite

The element Rhenium is named after the river Rhine in Germany after it was discovered by three German scientists in the early 1900s. Like the other platinum group metals, Rhenium is also a precious Earth element and has the second-highest boiling point and the third-highest melting point of any known element.

Due to such extreme properties, rhenium (in the form of superalloys) is widely used in turbine blades and propelling nozzles of almost every jet engines throughout the world. It is also one of the best catalysts reforming naphtha (liquid hydrocarbon mixture), isomerization and Hydrogenation. 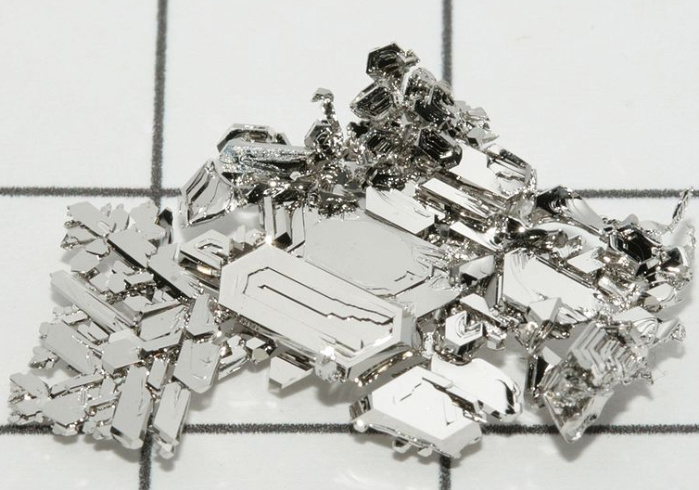 Platinum is an extremely rare Earth metal with an average abundance of 5 micrograms per kilogram. South Africa is the largest producer of platinum with 80% of the total world’s production, along with small contributions from the United States and Russia. It is dense, ductile and unreactive.

Apart from a symbol of prestige (jewelry or any similar accessories), platinum has uses in various fields such as the automotive industry, where it is used to produce vehicle emissions controlling devices, and for petroleum refining. 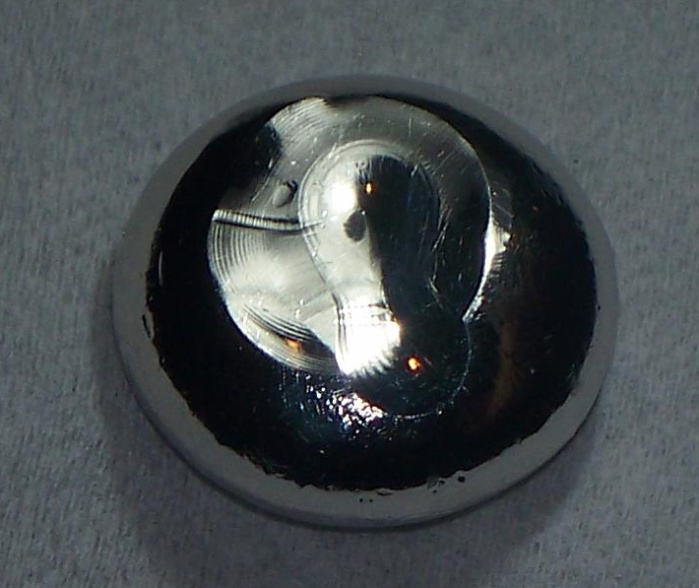 Iridium is hard, shiny and one of the densest transition metal in the platinum group. It also has the most corrosion-resistant property known to date, even at the extreme temperatures of 2000 °C. It was discovered in 1803 among insoluble impurities in natural platinum by Smithson Tennant. 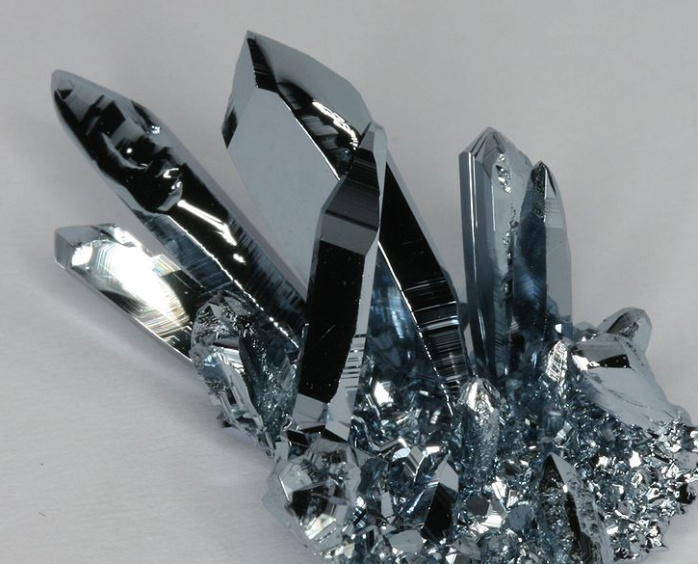 Osmium is perhaps the densest naturally occurring element on the Earth, which belongs to the precious platinum group of metals. This shiny looking substance is twice as dense as lead.

Read: 10+ Hardest Mineral in the World | On Mohs Scale

It was first discovered by Smithson Tennant and William Hyde Wollaston back in 1803 when they isolated this stable element from a platinum deposit for the very first time. It’s mainly used in fountain pen nib and in other materials where high durability is extremely important. 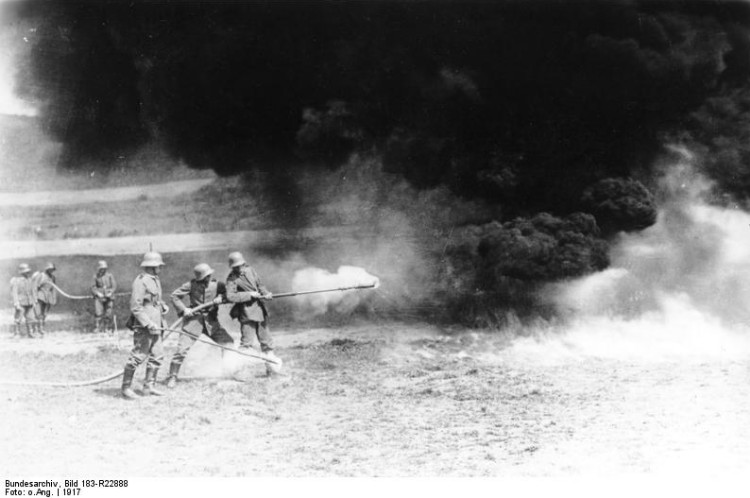 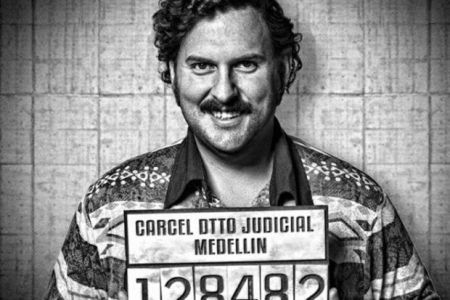