New Device Can Produce Electricity From Cold Darkness Of Space

Over the past few decades, producing electricity through green sources has motivated a wide range of applied science and engineering. While solar cells have provided an effective commercial path to achieve this goal during the day, generating renewable energy at night remains challenging.

Although solar cells can be integrated with batteries to store energy generated in daylight hours, this significantly increases the cost of the overall system. And since the radiation of Sun is almost fixed, the places where solar panels can be installed are limited.

Now, researchers at the University of California and Stanford University have developed a new device that can produce electricity at night by harnessing the dark, cold environment. This inexpensive device could be suitable for locations that get insufficient sunlight.

The device leverages radiative cooling (a passive cooling mechanism): the upper surface (the one facing the sky) transfers its heat to the environment as thermal radiation. It loses some heat to the atmosphere and reaches a temperature cooler than the surrounding air.

The thermoelectric generator comprises of a polystyrene enclosure surrounded by aluminized mylar and infrared wind cover. Researchers tested this device on a rooftop under a clear sky in December.

They put it on a table 3 feet above the roof level. The device drew heat from the surrounding air and released it into the atmosphere via a black emitter. By harnessing this temperature difference, it was able to generate significant electricity.

Researchers attached the thermoelectric module with a voltage boost convertor and found that it passively powered a white LED. They then measured the power output for 6 hours and outcomes showed that it produced up to 25 milliwatts of energy per square meter.

With improved engineering, the device can be made 20 times more powerful, from a demonstrated 25 mW/m2 to 0.5 W/m2. 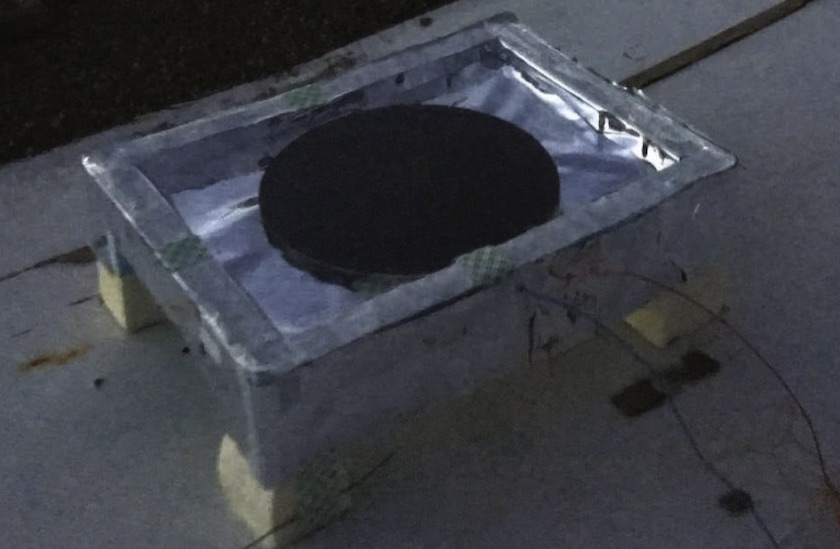 The actual device | Courtesy of researchers

To achieve this feat, researchers have to suppress heat gain in the radiative cooling instruments (which will boost heat-exchange efficiency) and install the device in a drier, hotter climate.

To summarize, the team has presented a remarkable possibility of producing small amounts of electricity by radiative cooling at night using off-the-shelf, low-cost instruments. The initial proof of concept demonstrated costs less the US$30.

The electricity produced can also be used to power small sensors in remote areas, with their lifetimes being limited by the thermoelectric module, which can be an order of magnitude longer than lifetimes of batteries. 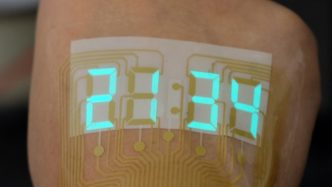 A Safe, Stretchable Display That Sticks To Human Skin 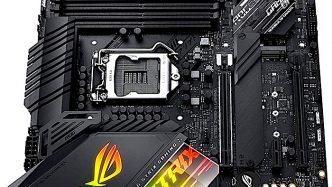