7 Different Types of Calculators | On The Basis Of Purpose

The calculators we know today were first invented in the 1960s, and the use of smartphones as calculators began in the 1990s. However, that does not mean that mathematical tools weren’t available a century ago.

Several computing machines were made long before the arrival of digital calculators and smartphones. The abacus, for example, was used in the ancient Near East, Europe, Russia, and China, long before the adoption of the written Hindu-Arabic numeral system.

The first ‘true calculator’ was invented by Blaise Pascal in 1642. It was praised for attempting arithmetic calculations that were previously thought impossible.

Mechanical calculators in the 17th century were comparable in size to typewriters and have been rendered obsolete by the advent of portable electronic calculators.

Modern electronic calculators are used to carry out various tasks, ranging from basic arithmetic to complex mathematics. They have not only enhanced our ability to perform basic computations but provided us with the ability to understand mathematics on a greater scale than ever imagined.

Today, various types of calculators are available in the market that feature different power sources, designs, and functions. One can put them into three categories based on the source of power.

Modern calculators use both battery and solar energy to perform operations. Below, we have listed all different types of calculators (currently available in the market) as per their usage purpose. 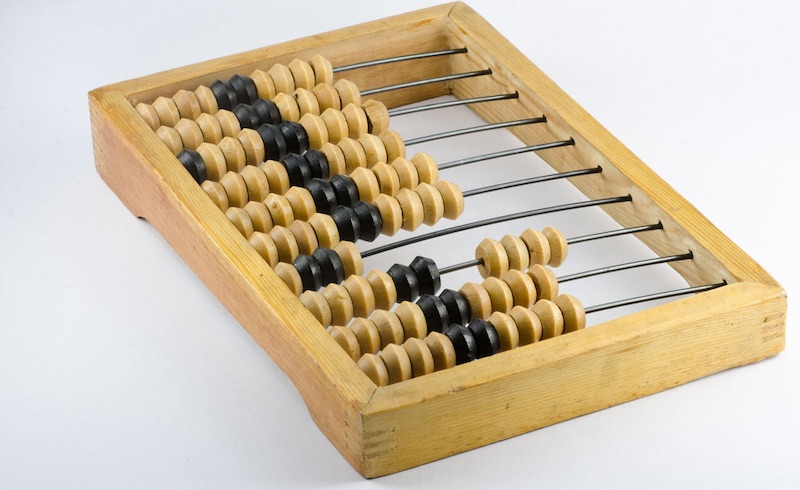 Abacus is a simple tool used to perform quick arithmetic calculations. It was invented in ancient times and is now widely used in brain development programs. Studies have proved that Abacus training can induce certain (positive) changes in the brain.

The word ‘abacus’ comes from the Greek word ‘abax,’ which meant ‘counting table.’ The device is usually made of a rectangular wooden frame that holds multiple vertically arranged rods on which beads slide up and down. Each rod represents a unique place value, while each bead represents a number.

The device helps children carry out calculations in mind by visualizing Abacus bead movements. It also improves their concentration levels. It is especially helpful for visually impaired people who cannot use digital calculators. 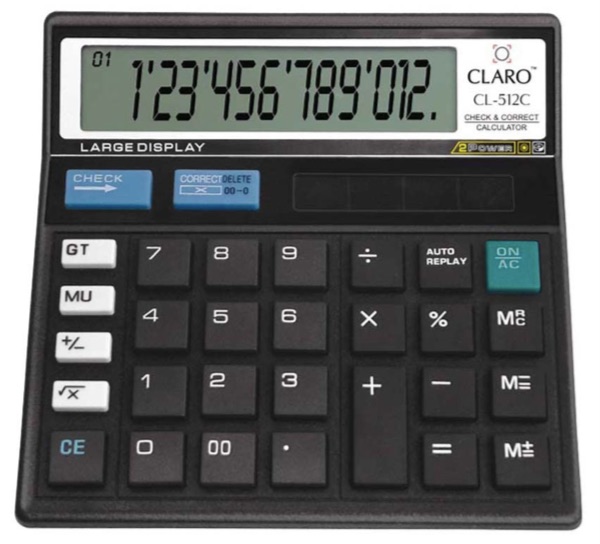 Basic, portable calculators are used in almost every office and home. They are perfect for doing general-purpose calculations and basic math tasks, such as addition, subtraction, multiplication, division, exponentiation, and logarithm.

Some basic calculators feature an extra-large display for reading, recheck functions to confirm errors, and an on-display indicator of active constant to reduce the chances of manual error. Some also come with dedicated keys for quickly calculating square roots, taxes, and percentages. 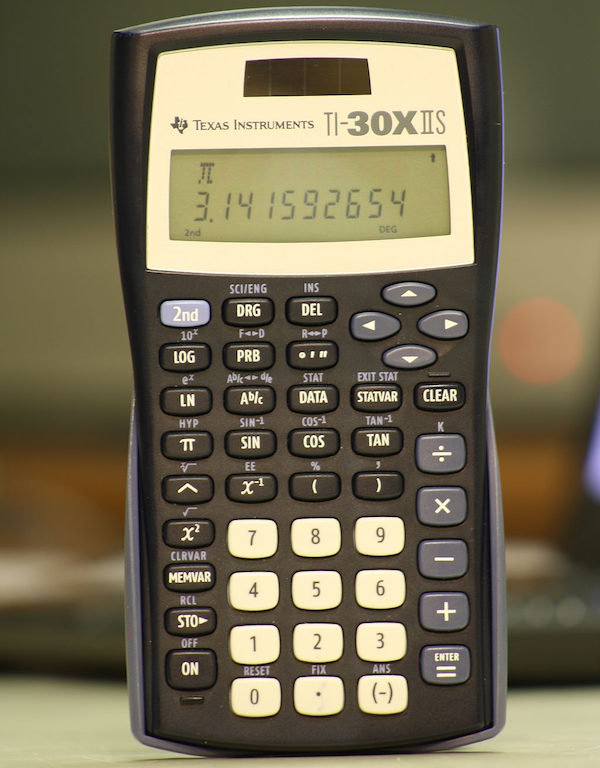 A scientific Calculator with a two-tier LCD, in which the upper dot-matrix portion displays input the formula and symbols

Scientific calculators are specially designed to solve problems in science, engineering, and mathematics. Some of these calculators include statistical and trigonometric calculations, and some even have the ability to perform computer algebra.

They are widely used to solve specific mathematical functions and perform calculations on very small or very larger numbers, as in some aspects of chemistry, physics, and astronomy.

While most models consist of a single-line display similar to basic calculators, some have 10 to 12 digits with extra digits assigned for floating-point arithmetic. 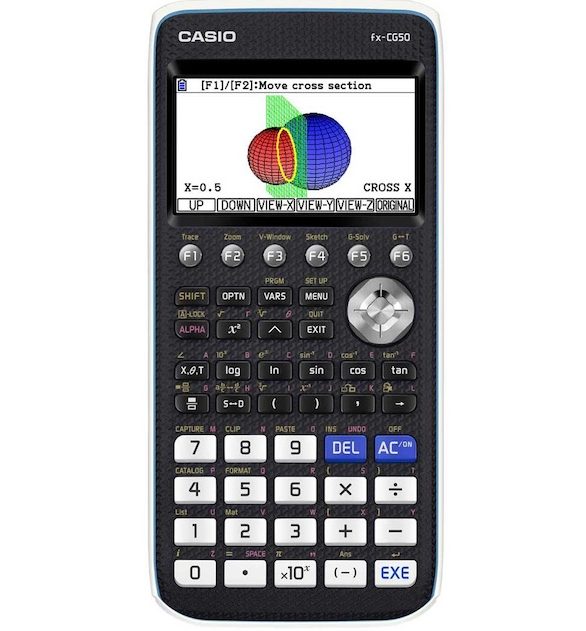 In a few very specific fields, scientific calculators have been replaced by graphing calculators. They can plot graphs, solve simultaneous equations, and carry out tasks with variables. Compared to basic calculators, they have large displays to show several lines of text, figures, and calculations at the same time.

The first commercial graphing calculator, fx-7000G, was released by Casio in 1985. Since then, many advanced calculators have been manufactured with faster processors, more memory, and a USB connection. Today, Texas Instruments and Casio hold the majority of the calculator market.

Most graphing calculators are also programmable, which means users can create customized programs for specific scientific or engineering applications.

A few can be connected to instruments such as electronic accelerometers, pH gauges, electronic thermometers, and weather devices, and thus function as data loggers.

The latest graphing calculators come with high-resolution LCD screens and fast CPUs to perform the most complex graphics and calculations. Users can write and store programs to automate an elaborate procedure. Moreover, users can connect it to a computer to extend its functionality. 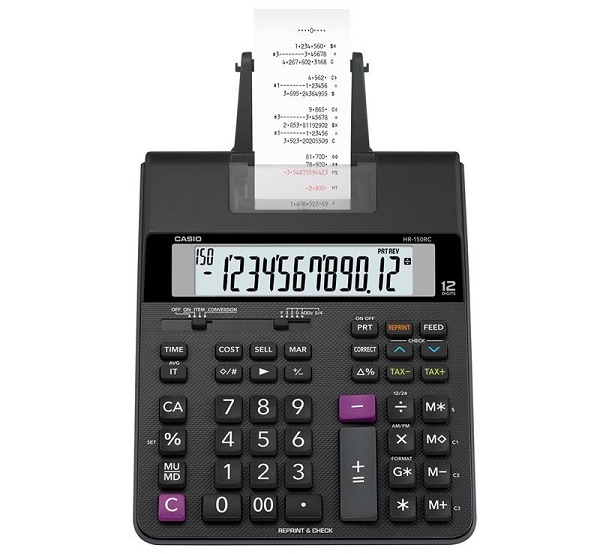 Printing calculators were pretty popular before personal computers were present in every home. They are basic calculators that print the result onto paper along with displaying it on an LCD screen.

Printing calculators are available in both desktop and portable models running on batteries and/or AC power. They are mostly used by shopkeepers and accountants to print bill receipts, calculate profit margins, and track time for payroll.

They come with a roll of paper inside the printer, on which all records are printed. Some calculators can print in two colors for easy readability: black (shows positive values) and red (shows negative values). 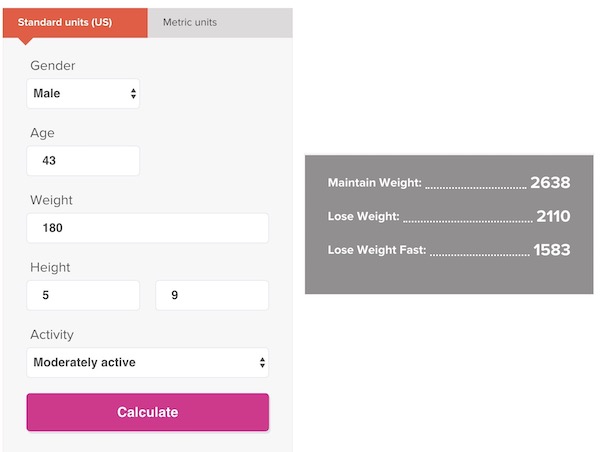 Nowadays, various types of calculators can be accessed on the Internet. They are designed to perform specific tasks. BMI calculator, for example, takes weight and height as input and measures body mass index.

Similarly, pregnancy calculators are designed to predict a woman’s due age based on key pregnancy information. Other online calculators, such as calorie calculators, can help people figure out how many calories they should eat per day to lose or maintain weight.

Several types of financial calculators are also available online for free, which makes it easy for you to calculate mortgages, auto loans, income tax, investment, inflation, and much more. 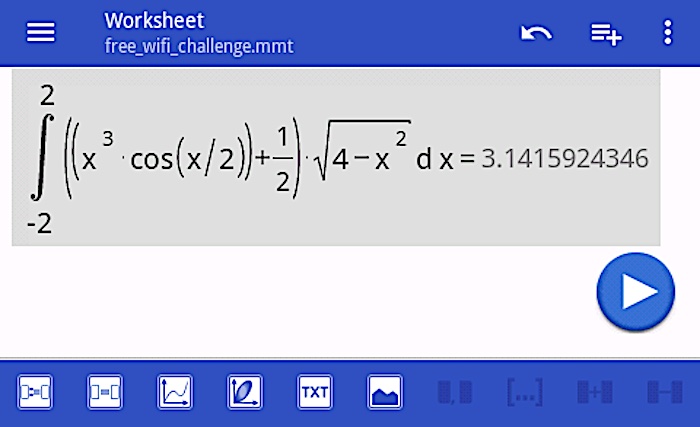 Formula calculators, also known as formula evaluators or software calculators, determine all the intermediate values before computing the final result.

They require the user to enter an expression via the keyboard. This expression may involve infix notation for binary operators like addition, subtraction, division, and multiplication. It may also include symbols and non-commutative operators that must be applied in an appropriate order.

The calculator analyzes the formula and splits it into small parts, such as parentheses, numbers, and operators. It evaluates every part individually and then calculates the final value.

Many software programs, including Databases and Spreadsheets, come with formula-calculation capability. This means users can simply write formulas specifying what to do (without having to perform step-by-step calculations).

How advanced are modern scientific calculators?

Modern scientific calculators can perform operations on complex numbers and constants like e and pi, and calculate trigonometric functions, logarithmic functions, exponential functions, and roots beyond the square root.

According to the research published on ReportLinker, the global calculators market size will increase by $374.2 million from 2022 to 2026, growing at a CAGR of 4.15% during the forecast period.

The development of tech-enabled calculators (for disabled students) and next-generation scientific calculators (for solving specific complex problems) will lead to significant demand in the market.

13 Fastest Supercomputers In The World 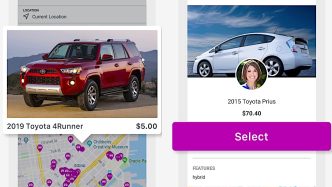