Magnets are materials that generate a field that attracts or repels certain other metals (such as iron and nickel) from a specific distance. This invisible field, known as a magnetic field, is responsible for the fundamental properties of a magnet.

Ancient people have been using magnets since at least 500 BC, and the earliest known descriptions of such materials and their characteristics come from China, India, and Greece around 25 centuries ago. Artificial magnets, however, have been created as recently as the 1980s.

Obviously, not all magnets are composed of the same substances, and thus can be categorized into different classes based on their composition and source of magnetism. Below is the detailed list of three major types of magnets, along with their properties, strength, and industrial and non-industrial applications.

Once magnetized, permanent magnets can retain their magnetism for an extended amount of time. They are made of materials that can be magnetized and produce their own persistent magnetic field.

Usually, permanent magnets are made of four different types of materials: 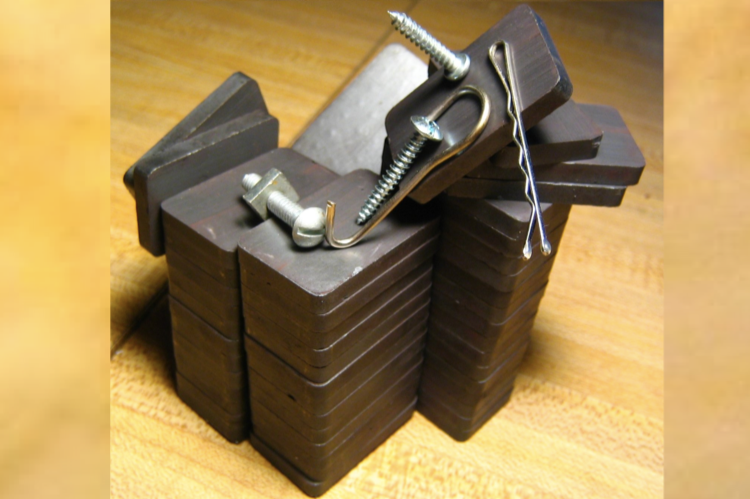 Ferrite magnets (also called ceramic magnets) are electrically insulating. They are dark grey in color and look like a pencil lead.

Ferrites are usually ferromagnetic ceramic compounds made by mixing large proportions of iron oxide with metallic elements, such as manganese, barium, zinc, and nickel. Some ferrites adopt crystal structure, like strontium and barium ferrites.

They are quite popular due to their nature: they are corrosion-free and thus used to extend the life cycles of numerous products. Ferrite magnets can be used in extremely hot conditions (up to 300 degrees Celcius). The manufacturing cost of such magnets is also low, particularly if they are produced in high volumes.

They can be further subdivided into “hard”, “semi-hard”, or “soft” ferrites, depending on their magnetic properties.

Since hard ferrites are difficult to demagnetize, they have high coercivity. They are used to make magnets for applications such as small electric motors and loudspeakers. Soft ferrites, on the other hand, have low coercivity and are used to make electronic inductors, transformers, and various microwave components. 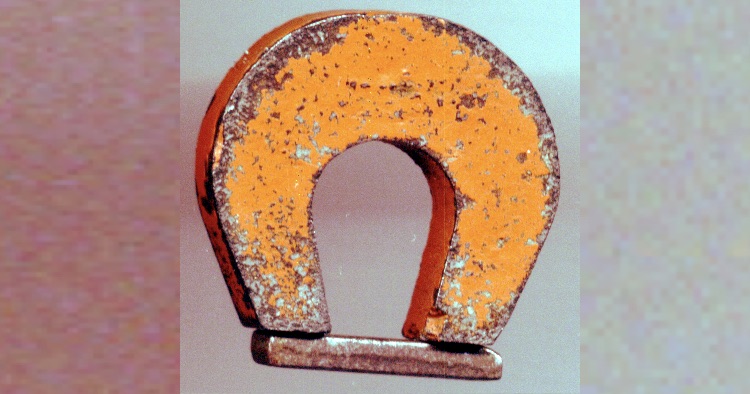 A horseshoe magnet made of Alnico 5 | This “U” shape forms a powerful magnetic field between poles, enabling the magnet to pick heavy ferromagnetic materials.

Alnico magnets are composed of aluminum (Al), nickel (Ni) and cobalt (Co), hence the name al-ni-co. They often include titanium and copper. Unlike ceramic magnets, they are electrically conductive and have high melting points.

In order to classify them (based on their magnetic properties and chemical composition), the Magnetic Material Producers Association has assigned them numbers, such as Alnico 3 or Alnico 7.

Alnicos were the strongest type of permanent magnets until the development of rare-earth magnets in the 1970s. They are known to generate high magnetic field strength at their poles – as high as 0.15 Tesla, which is 3,000 times stronger than the Earth’s magnetic field.

Alnico alloys can retain their magnetic properties in high working temperatures, up to 800 degrees Celsius. In fact, they are the only magnets that have magnetism when heated red-hot. 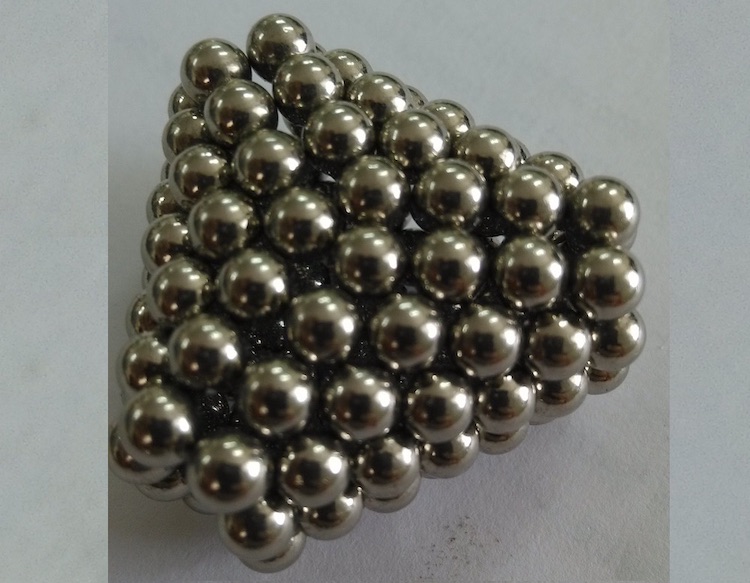 As the name suggests, rare-earth magnets are made from alloys of rare-earth elements. They are the strongest type of permanent magnets developed in the 1970s. Their magnetic field can easily exceed 1 Tesla.

The two types of rare-earth magnets are samarium–cobalt and neodymium magnets. Both are vulnerable to corrosion and highly brittle. Thus, they are coated by a certain layer(s) to protect them from chipping or breaking.

Samarium–cobalt magnets are composed of praseodymium, cerium, gadolinium, iron, copper, and zirconium. They can retain their magnetic properties at high temperatures and are highly resistant to oxidation.

Due to their lower magnetic field strength and high production cost, they are less used than the other rare-earth magnet. They are currently used in a Benchtop nuclear magnetic resonance spectrometer, high-end electric motors, turbomachinery, and numerous applications where performance must be consistent with temperature change.

Neodymium magnets, on the other hand, are the most affordable and strongest type of rare-earth magnet. They are a tetragonal crystalline structure made of made from alloys of neodymium, boron, and iron.

Due to their smaller size and lighter weight, they have replaced ferrite and alnico magnets in numerous applications in modern technology. For example, neodymium magnets are now used in head actuator for computer hard disks, electric motors for cordless tools, mechanical e-cigarette firing switches, and mobile phone speakers. 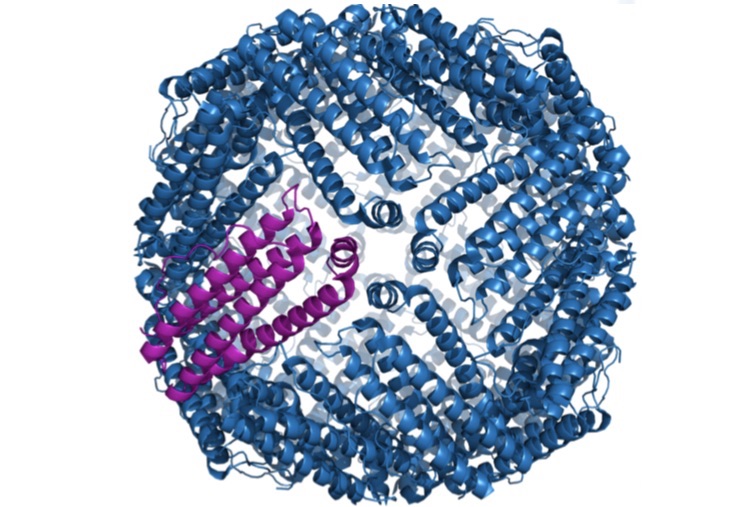 A universal intracellular protein named ferritin is considered as a single-molecule magnet. It stores iron and releases it in a controlled manner.

By the end of the 20th century, scientists learned that some molecules [that consist of paramagnetic metal ions] could exhibit magnetic properties at very low temperatures. In theory, they are capable of storing information at a magnetic domain level and providing a much denser storage medium than traditional magnets.

Single-molecule magnets are composed of manganese, nickel, iron, vanadium, and cobalt clusters. Some chain systems, such as single-chain magnets, have been found to retain magnetism for a long period of time at higher temperatures.

Researchers are currently studying monolayers of such magnets. One of the early compounds to have been scrutinized as a single-molecule magnet is the dodecanuclear mixed-valent manganese cage.

The potential applications of these magnets are vast. These include quantum computing, data storage, information processing, and biomedical applications such as MRI contrast agents. 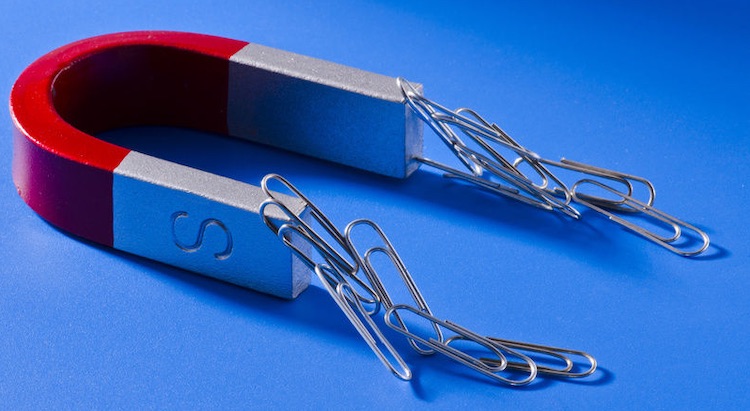 Some objects can be easily magnetized by even a weak magnetic field. However, when the magnetic field is removed, they lose their magnetism.

Temporary magnets vary in composition: they can be any object that acts as a permanent magnet in the presence of a magnetic field. For example, soft magnetic materials like nickel and iron will not attract paper clips after an external magnetic field has been removed.

Temporary magnets are primarily used to make temporary electromagnets whose strengths can be varied as per requirements. They are also used to separate material made of metal in a scrap yard and put a new spin on modern technology from high-speed trains to hi-tech space. 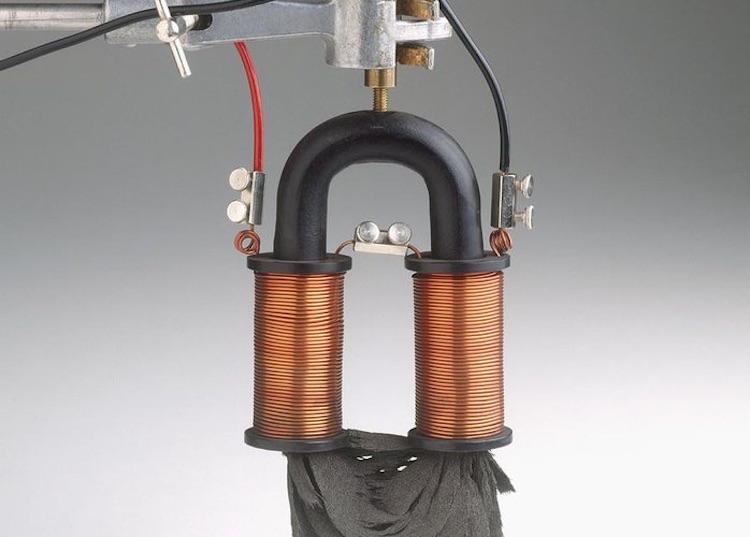 The electromagnet was invented by British scientist William Sturgeon in 1824. It was then systematically improved and popularised by an American scientist Joseph Henry in the early 1830s.

Electromagnets are tightly wound coils of wire that function as magnets when an electrical current is passed through. It can also be classified as a temporary magnet because the magnetic field disappears as soon as the current is turned off.

The polarity and strength of the magnetic field produced by an electromagnet can be adjusted by changing the direction and magnitude of the current flowing through the wire. This is the main advantage of electromagnets over permanent magnets.

To enhance the magnetic field, the coil is usually wrapped around a ‘soft’ ferromagnetic material’s core, such as mild steel. The wire coiled into one or more loops is called a solenoid.

Electromagnets are also used in industry to pick up and move heavy objects such as scrap iron and steel.

What Are Magnets Made Of?

Different types of magnets are made of different materials. For example:

What Is Natural Magnet?

Natural magnets are permanent magnets that occur naturally in nature. Unlike artificial magnets, they never lose their magnetic power under normal conditions.

The strongest natural magnet is a lodestone, a piece of mineral magnetite. It is black or brownish-black and every shiny when polished. Pieces of lodestone were actually used in the very first magnetic compasses ever made.

Which Is The Strongest Magnet?

The strongest type of permanent magnet available commercially are neodymium (Nd) magnets. They are made by blending neodymium, iron, and boron to form Nd2Fe14B tetragonal crystalline structure. This compound was first discovered by General Motors and Sumitomo Special Metals (working independently) in 1984.

Do Magnets Affect The Human Brain?

Yes. Since neurons are electrically charged, the magnetic field can cause current to flow through the neurons. This can change neurons’ activity.

So far, neuroscientists have utilized Transcranial Magnetic Stimulation (TMS) to enhance reaction times, memory, and several other cognitive abilities. However, despite some positive outcomes, the long-term effects are not well understood.

Can Magnets Lose Their Magnetism?

Yes, even permanent magnets can lose their magnetism under certain conditions. For example:

Excessive heat: Ferromagnetic materials lose their magnetism when heated above a specific point called the Curie temperature. Neodymium magnets exhibit the best magnetic performance up to 150 °C. Above this point, they lose some of their performance for every degree rise in temperature.

Shock: Older materials like Alnico and magnetic steels have low coercivity. They are susceptible to being demagnetized if sufficient energy is transmitted through the material via a shock. This shock can be generated by hitting the material with a hammer or dropping it. 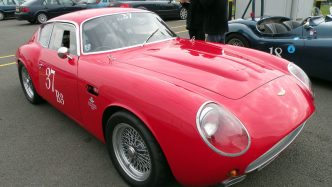 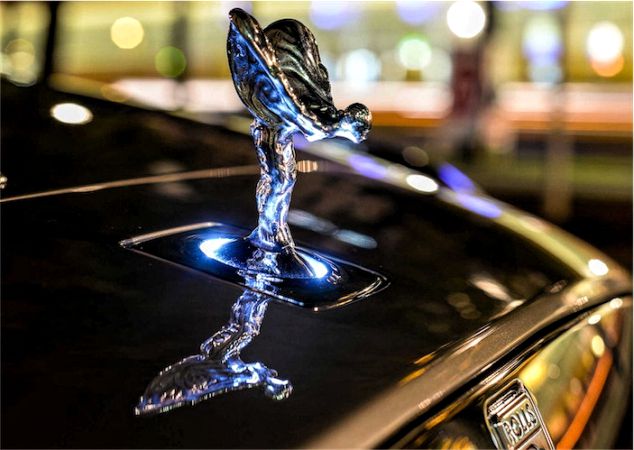