Almost all galaxies in the universe contain some giant black holes in their centers. The bigger the galaxy is, the larger central black hole is. However, facts in physics are not as simple as they sound. Since the galaxies are nearly 10 billion times larger than the black holes in their centers, it’s quite hard for two vastly different-sized objects to have direct influence on each other.

Recently, ALMA (Atacama Large Millimeter Array), the most expensive and advanced telescope on Earth, spotted a rotating gas torus around a supermassive black hole. This is the first time any ground-based telescope has imaged a donut-shape structure rotating around an active black hole.

The study will revolutionize our understanding about galaxies holding supermassive black holes. Let’s find out in details what exactly they’ve observed.

The research team used ALMA to observe the central area of a spiral galaxy M77. This region is called ‘active galactic nucleus’ where almost all matter near the center aggressively fall towards the supermassive black hole, ejecting bright light.

Because these active galactic nuclei have a very strong impact on surrounding environment, they are the key element to solve the mystery of evolution of black holes and galaxies.

They found a compact gaseous structure with a diameter of 40 light-years (380 trillion kilometers) is rotating around the supermassive black hole.

This dirty gaseous donut-like structure is known as ‘unified model of AGN’. Although, the structure looks very thin, with ALMA’s high resolution, we can now directly see it.

How Did They Observe This? 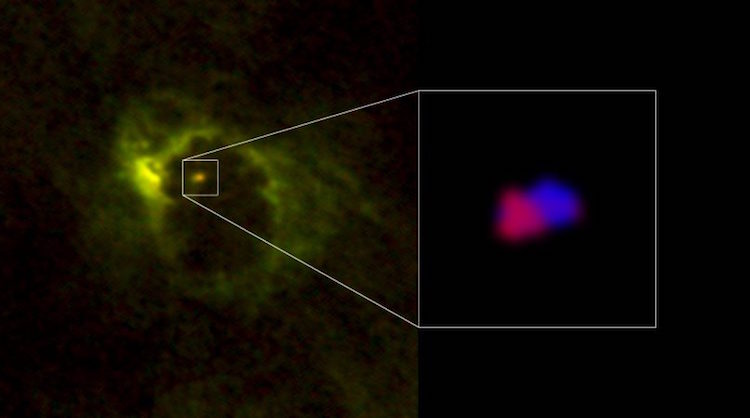 This is not the first time someone has observed M77 galaxy, but no one spotted the rotating gas donut around the black hole so clearly. The selection of molecular emission lines to observe was also one of the main factors, along with ALMA’s superior resolution, to reveal this structure.

They observed particular microwave emission from HCN (hydrogen cyanide) and their formyl icons HCO+. The CO (carbon monoxide) emits microwave under a wide range of scenarios, whereas HCN emits microwaves in only dense gas. The torus formed near the active galactic nucleus is very dense.

Previous studies unveiled the east-west elongation of the dusty torus, and this is what ALMA’s data revealed with estimated rotational direction of the torus. However, the gas distribution around the supermassive black is much more complex – torus has asymmetrical structure and its rotation is not obeying the gravity of black hole.

All matter in torus are moving in extremely random motion, indicating a violent history of active galactic nucleus. Nevertheless, the discovery of revolving dusty torus is a crucial step.

Feedback from supernovae in the local nuclear starbursts in the torus can also change the spatial distribution as well as turbulence of the molecular gas, in which case radiation from the active galactic nuclei has a different effect on molecular gas from region to region within the torus. 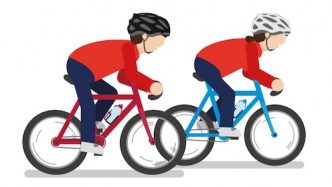