Earth’s atmosphere has a series of five layers, each has its own particular characteristics. The outermost layer — exosphere — gradually fades away into the realm of interplanetary space.

We know that there is a large number of hydrogen atoms in the region where exosphere meets outer space, and this specific region is known as geocorona. About two decades ago, NASA’s spacecraft, SOHO, used its special components (SWAN) to trace the signature of hydrogen around Earth and accurately determine the boundaries of geocorona.

Recently, researchers at the European Space Agency analyzed these decades-old observations and found that the atmosphere of earth extends up to 630,000 kilometers away, almost twice the distance of the Moon. Obviously, you can’t breathe there, but the discovery has crucial implications for space exploration and travel.

The sunlight interacts with hydrogen atoms through a specific wavelength called Lyman-alpha. The hydrogen atom can either emit or absorb this ultraviolet wavelength. The phenomena can only be observed from space because most of this light is absorbed by our atmosphere.

The Lyman-alpha from the geocorona was precisely measured by SWAN, thanks to its hydrogen absorption cell. It shows that the hydrogen cloud within the geocorona gets compressed by sunlight on Earth dayside. 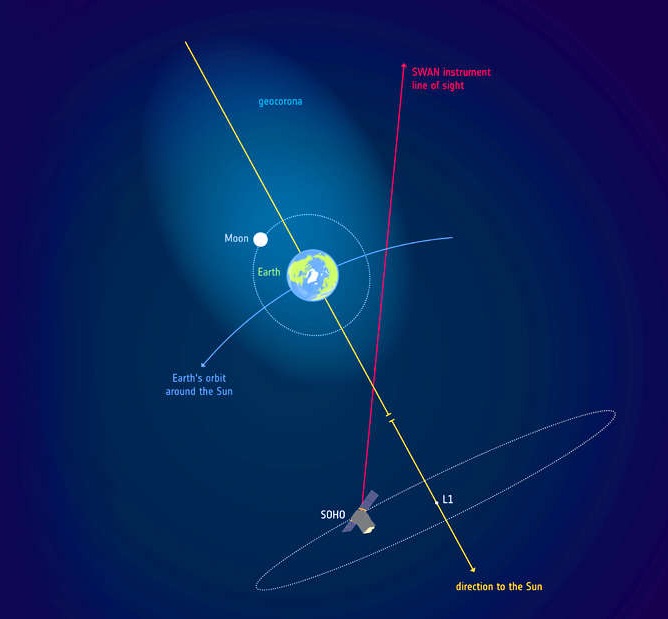 As per observations, the exosphere is a little bit denser than heliosphere for a substantial distance. At 60,000 km from our planet, there are still 70 hydrogen atoms/cm3. At the Moon distance, nearly 384,400 kilometers away, there are only 0.2 atoms/cm3. Despite his low density, hydrogen atoms interact with ultraviolet light, which enabled researchers to accurately analyze geocorona.

Do These Particles Pose Any Threat?

The amount of hydrogen in exosphere isn’t large enough to facilitate space research, thus researchers will still call it a vacuum. It doesn’t pose any threat to astronauts for upcoming crewed lunar missions.

According to the researchers, the impact on space travels would be far less (or negligible) than the Sun’s radiation. However, it could affect the future observations performed in Moon vicinity. Ultraviolet telescopes studying chemical compositions of distant galaxies and stars would need to take this into account.

SOHO (short for Solar and Heliospheric Observatory) was launched in 1995 to study the Sun. Originally planned as a 2-year mission, the spacecraft continues to operate after 23 years in space.

The spacecraft is in a halo orbit around the Earth-Sun L1 point, which is about 1.5 million kilometers from Earth. It’s a perfect vantage point to see the geocorona from space. The satellite could observe Earth and its extended atmosphere only at specific times of the year. In this case, SOHO’s SWAN captured data thrice (between 1996 and 1998) when Earth and its geocorona came into its view. 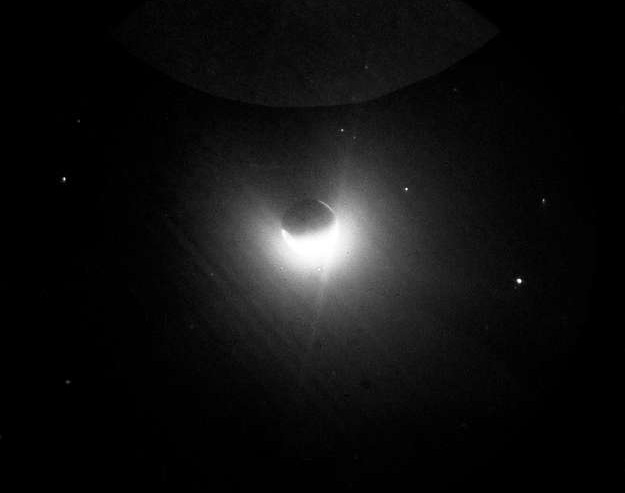 Apollo 16 astronauts unknowingly captured the first image of Earth’s geocorona, using the first telescope on the Moon in 1972. At that time, no one was aware of the fact that Moon flies through Earth’s atmosphere.

Similar spacecraft instruments can image water vapor on other planets that have plenty of hydrogen in their outer atmosphere (like Venus, Mars, and Earth). This could be extremely useful for observing exoplanets (planets outside our solar system) with potential reservoirs of water.

Did Our Solar System Form Inside A Massive Space Bubble? 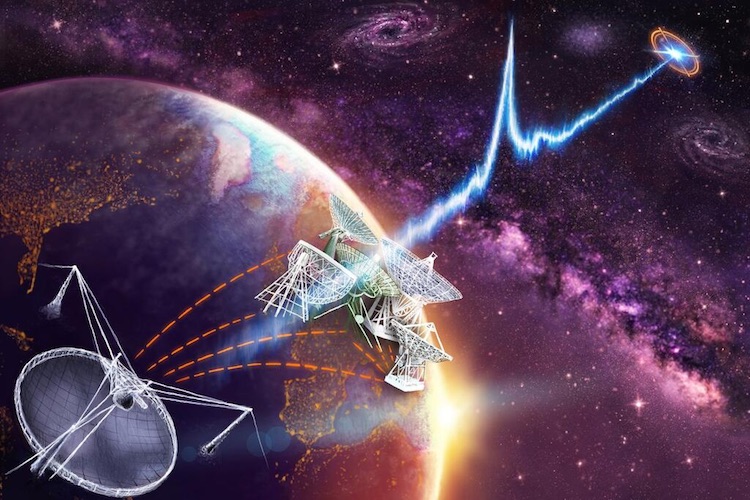