Eating In 10-Hour Window Can Prevent Obesity and Metabolic Syndrome

Recently, scientists at Salk Institute for Biological Studies discovered that time-restricted feeding could protect you against obesity and metabolic disorders. They showed that health problems caused by disrupting animals’ circadian clock — in humans, it’s associated with doing shift work and eating for most of the day — could be corrected by consuming all calories in a 10-hour window.

Typically, our day starts with a cup of coffee and ends with bedtime snacks 15 or 16 hours later. However, limiting this food consumption habit to 10 hours daily, and fasting the rest, could improve our health conditions, regardless of the circadian clock.

In 2012, the same institute conducted an experiment, in which they found that mice with all-time access to fatty diet became obese and uncontrollably developed metabolic disorders such as diabetes, fatty liver, and high cholesterol.

However, when the same mice restricted to the same diet for 8 to 10-hour window per day, they became healthy, fit and lean. This way, researchers learned that the cellular clocks of mice play a crucial role in health management.

The objective of this new research is to better understand how exactly biological clocks affects metabolic disorders. To get accurate results, they disabled genes (including in the liver) that handle circadian rhythms and regulate several metabolic functions in mice. 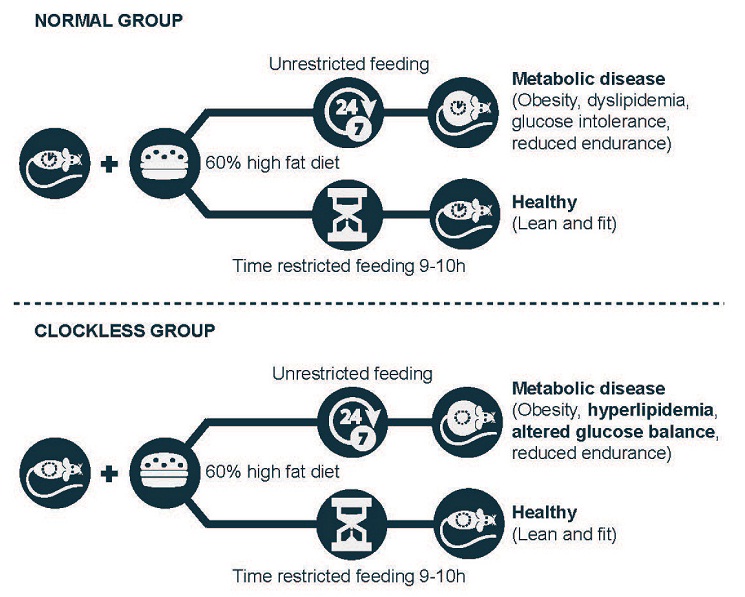 In the current experiment, researchers put the mice in two different groups: the first one had access to food anytime while the second group had access to the same amount of calories but they were allowed to eat in a 10-hour window.

They found that the first group developed metabolic diseases and became obese, whereas the second group remained healthy and lean, despite the fact that they didn’t have any internal ‘biological clock’.

What Does This Tell Us?

The previous research suggests that circadian clock was internally adjusting the genes responsible for metabolism off and on at specific times. While this may be true, the current experiments show that external timing system can override the internal biological clock by tuning fasting and feeding cycles.

When biological clock is disturbed (for example, changing work shifts), or when it’s altered due to genetic factors, the balance between rejuvenation during fasting and appropriate nutrition during the fed-phase breaks down, and thus develops diseases.

As we grow old, our biological clocks get weaker and the risk of developing heart- and metabolic diseases increases. But researchers believe that a simple lifestyle like consuming all calories in a 10-hour window could restore balance, maintain health and prevent metabolic disorders.

In the next study, they will analyze whether eating, in the same manner, could prevent or reverse diseases, and how this study could be applied to humans. 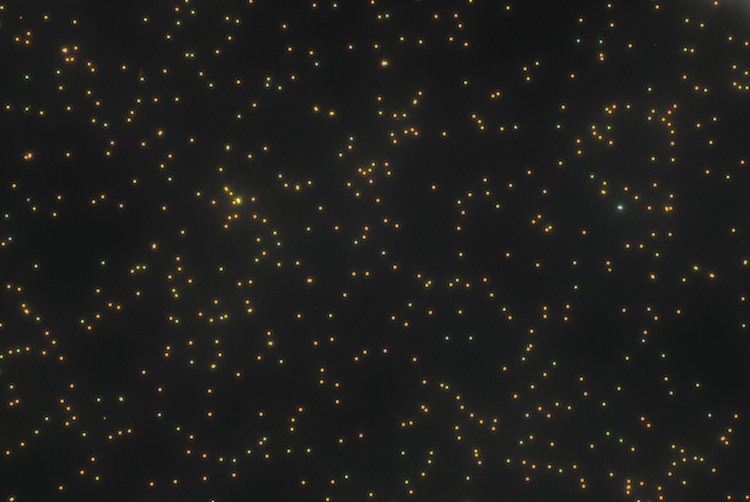 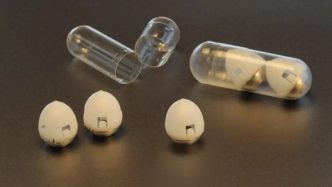