Researchers at the Technical University of Munich have developed a new electric propulsion technology for nanorobots that enables molecular machines to move about 100,000 times faster than conventional biochemical process, making electric nanorobots fast enough to operate in molecular factories.

This is the first time scientists have developed a technique to rotate and control the nonorobotic arms in a plane by applying electric fields. So let’s dig deeper and find what they’ve actually done.

In order to produce active medical agents and analyze biochemical samples more accurately, researchers from all over the world are working on new approaches for the nanofactories of the future.

At present, we have the technology (DNA origami technique) that can produce necessary miniature machines in a cost-effective manner. However, they haven’t been deployed on a large scale yet, because of the their speed – they’re too slow. The building blocks are activated with strand of DNA, enzymes or light, to perform certain tasks like transport molecules.

Compared with nanoscale manipulation techniques like optical or magnetic tweezers and scanning probe methods, electrical control can be implemented with low-cost instrumentation and it’s contact-free. The robotic movements are at least five-order of magnitude than previously reported fastest DNA motor systems.

The principle behind this new technique is simple – molecules of DNA contain negative charges. Therefore, electric fields can make biomolecules move. Theoretically, nanobots made of DNA can be steered with electrical impulses.

Scientists attached millions of nanobot arms to a glass substrate and placed it into conductive holder to test how fast an electric field would line up robotic arms. Each miniature machine contains a 400 nm arm affixed with a rigid 55*55 nm base plate. The structure is made flexible so that the nonorobotic arms could randomly rotate in the horizontal axis.

Sketch of the DNA origami structure

They marked the arm’s tip using pigment molecules to observe their motion in a fluorescence microscope. Changing the electric field’s direction enabled them to randomly alter the robotic arms’ orientation and control the locomotion process. Now scientists can initiate movements on a time scale of milliseconds.

The electric propulsion technology not only helps to move around nanoparticles and pigments, but also apply force to biomolecules using nanorobotic arms. These interactions between electric fields and DNA structures could be utilized in pharmaceutical development and diagnosis.

The robotic arm could be scaled up and integrated into bigger hybrid system, using a combination of lithographic and self-assembly methodologies. For example, the platforms can be easily attached to create long filaments with different DNA robotic arms or to form extended lattices.

The use of algorithmic self-assembly would enable the formation of structures with numerous kinds of robot platforms with dedicated tasks. Lithographic patterning of the substrate would then enable the fabrication of robot-arm arrays with given platform orientations.

Scientists can even address single robot arms individually by using nanostructured control electrodes. Combined with suitable pickup and release mechanisms, the technology could also be applied to DNA-templated synthesis. 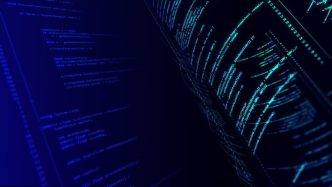 Creating A Temporary Hole In The Cloud To Boost Satellite Communication