Mixtures are formed when two or more compounds or elements combine together without participating in a chemical change. Each component in a mixture retains its own chemical properties and makeup.

Scientists recognize two types of mixtures: homogeneous and heterogeneous. The latter is a mixture with a non-uniform composition. The individual substances that compose the heterogeneous mixture can be detected because they do not blend smoothly throughout.

In fact, one can separate the heterogeneous mixture into its individual components through physical or chemical means. These mixtures always have more than one phase, with the composition varying from one region to another.

Heterogeneous mixtures can further be divided into categories:

In chemistry, heterogeneous and homogeneous mixtures are not always constant: they can change with context. For instance, human blood contains many different substances but appears homogeneous to the naked eye. However, if you look under a microscope, you can observe the distribution of various solid particles such as platelets and white- and red blood cells. In this context, blood is a heterogeneous mixture.

In order to better explain this topic, we have listed some of the most common examples of heterogeneous mixtures. 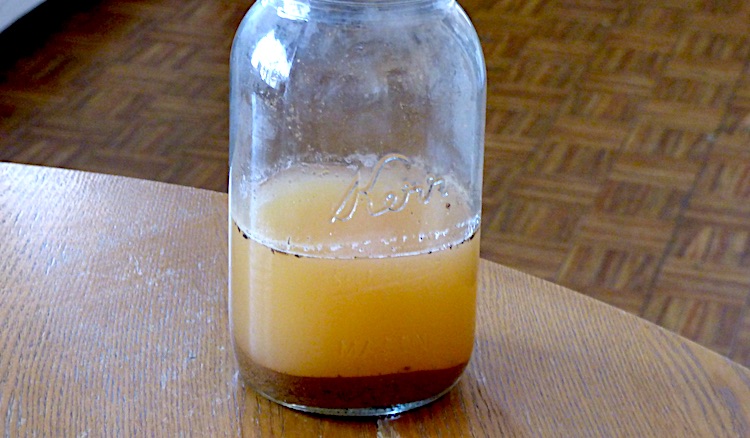 You might have played in the mud in your childhood. If you put some muddy water in a bucket and leave it alone for one or two days, the mud will settle out, leaving the mixture with much less dirt at the top of the bucket than the bottom.

This makes muddy water a suspension, a mixture of liquid with undissolved particles of solid. One can physically separate such mixtures by pouring the solution through a filter. The liquid passes through the filter, leaving solid dust particles behind. 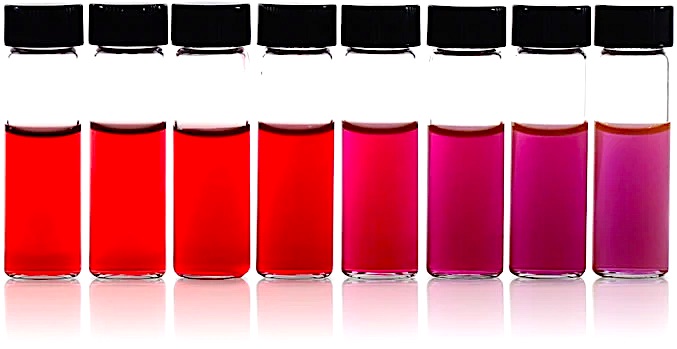 Sol is a colloid made out of tiny solid particles in a continuous liquid medium. Gold sols are nanoparticles of gold in a fluid, usually water. They are produced by boiling a solution of tetrachloroauric acid with a reducing agent.

The mixture is either blue/purple (when spherical particles of size more than 100 nanometers are involved) or intense red (when smaller nanoparticles are involved). Due to their unique electronic and optical properties, colloidal gold nanoparticles are the subject of substantial research, with potential applications in various fields ranging from material science to biomedicine. 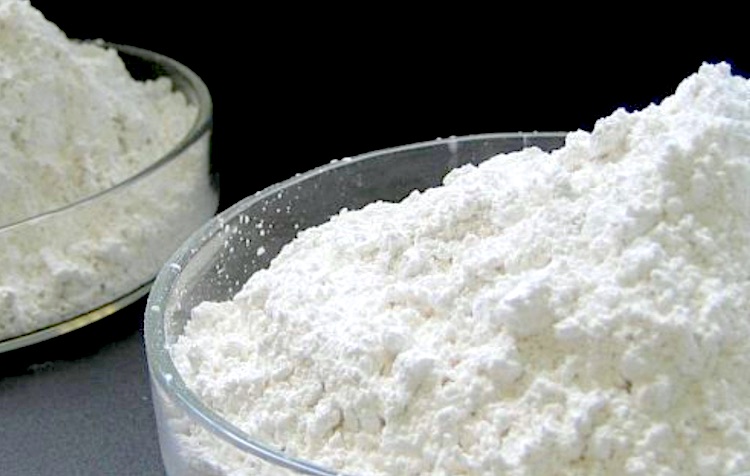 The white powder of slaked lime

Slaked lime is an inorganic compound named calcium hydroxide. It is produced when quicklime (calcium oxide) is slaked or mixed with water. It is widely used in the food industry:

When mixed with water, some of the slaked lime dissolves, forming a solution called limewater. The rest remains as a suspension known as milk of lime. 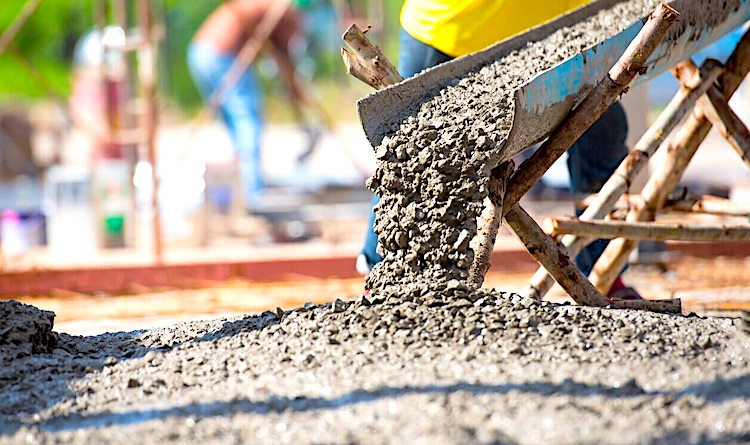 Concrete is a construction material composed of cement, fine- and coarse aggregates. When it is mixed with water, the mixture forms a fluid slurry, which can be easily poured and molded into shape.

It behaves as a colloid. The high viscosity and density of the mixture hinder the sedimentation of cement grains and allow for the colloid behavior to develop. 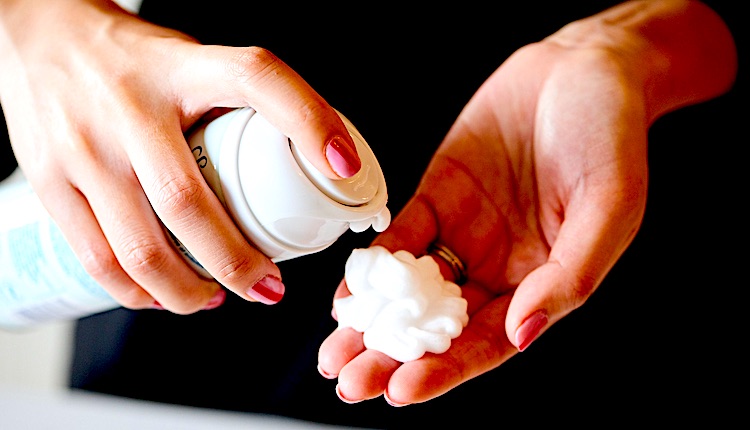 Shaving cream is a heterogeneous mixture of two substances of different phases. The dispersed phase is gas, and the dispersed medium is liquid (foam is gas dispersed in a liquid).

Most shaving creams consist of 20-30% soap and up to 10% emollients, emulsifiers, glycerine, and foaming agents. Diluted creams (aerosols) are dispensed from pressurized cans with the help of hydrocarbon propellants. 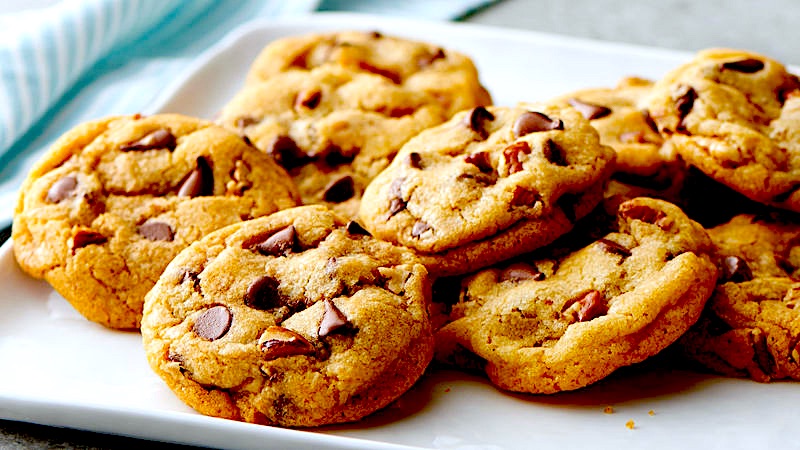 A dough is basically a suspension of solid particles in a viscous fluid.  Since the chocolate is not uniformly mixed with the dough, sometimes you will get a portion that has a lot of chocolate and sometimes a portion with almost no chocolate.

Nail polish contains several organic polymers and other components that have a diameter between approximately 1 and 1,000 nanometers. The combination of certain components gives nail polish its unique texture and color.

More specifically, it is made of a film-forming polymer dissolved in a volatile organic solvent. Usually, it’s a solution of nitrocellulose in ethyl acetate or butyl acetate. Thickening agents, such as stearalkonium hectorite, are also added to retain sparking particles in suspension while in the bottle.

6. An Opened Can Of Soda 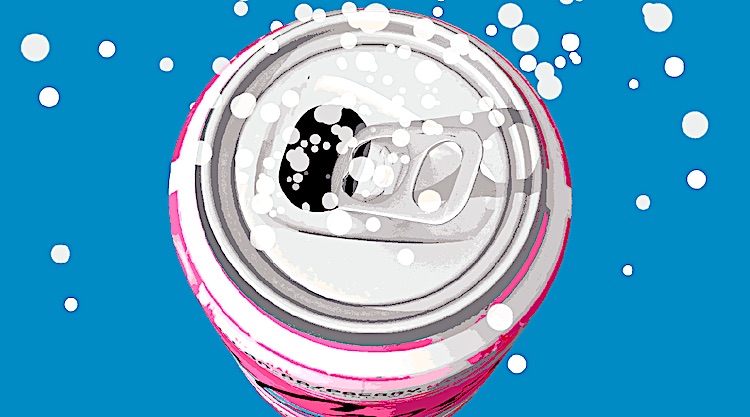 The soda in a sealed bottle has a uniform composition, but as soon as it is opened, bubbles start appearing in the liquid. While water, sugar, and flavorings form a chemical solution, bubbles in the drink are not uniformly distributed throughout the liquid. That’s why an unsealed bottle of soda can be considered as a heterogeneous mixture.

In most cases, these bubbles are formed due to carbonation. The volume of the carbon dioxide gas dissolved in the liquid depends on pressure. When the bottle is opened, the pressure suddenly decreases and gas rapidly comes out of the solution, forming bubbles that rise to the surface. 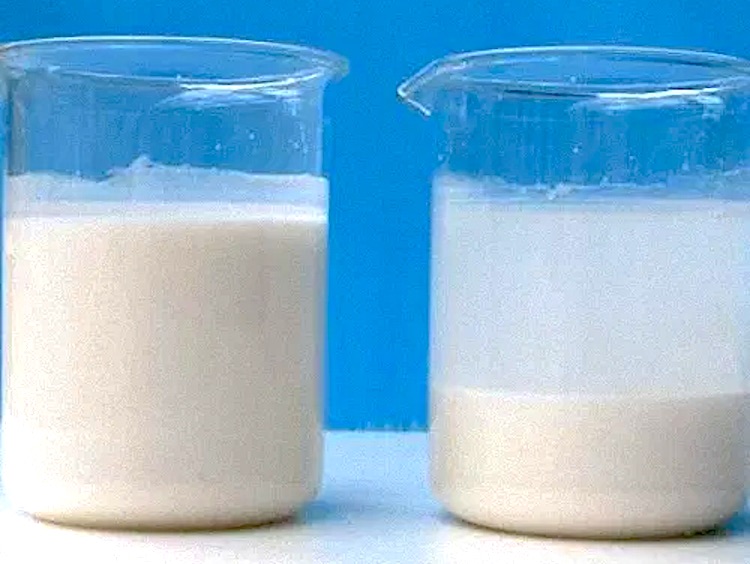 This non-uniform mixture is commonly used as a laxative to relieve occasional constipation, sour stomach, and indigestion. It works by drawing water into the intestines, an effect that induces bowel movements. 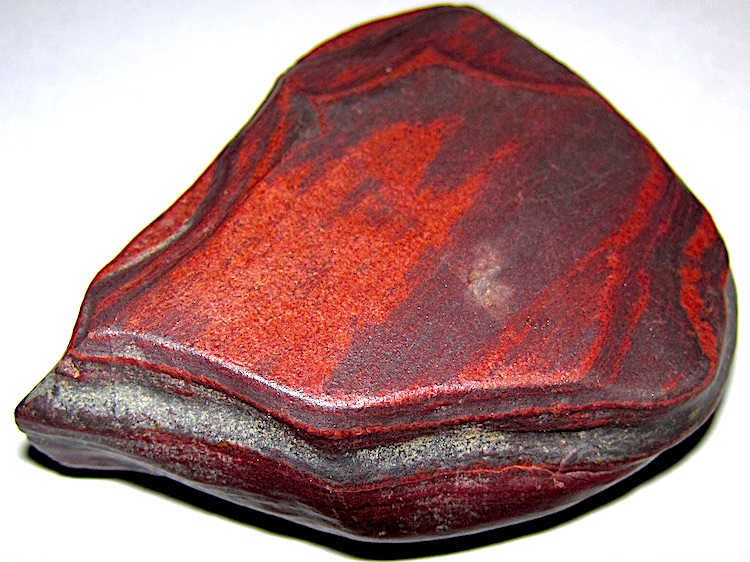 Iron ores are minerals and rocks from which metallic iron is extracted. The ores always contain iron oxides and vary in color from rusty red and deep purple to dark grey and bright yellow.

In nature, Iron is mostly found in the form of magnetite (contains 72.4% iron) and hematite (contains 69.9% iron). These raw materials are used to make pig iron, an intermediate product in the manufacturing of steel. 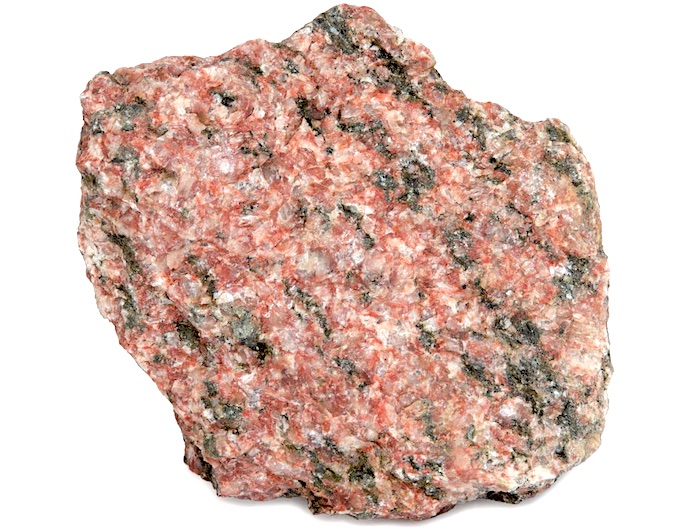 Most minerals in the rock are large enough to be visible with the naked eye. They are clearly distinguishable (each color is a different mineral).

Granite forms from magma and is the most common igneous rock found at Earth’s surface. It is used to make various items that we encounter in daily life, such as floor tiles, stair treads, paving stone, and building veneer. 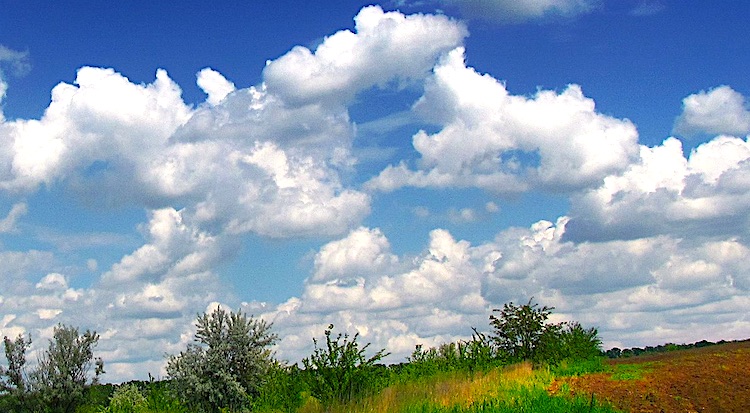 Clouds are a mass of ice crystal or water drops suspended in the atmosphere. They form when water condenses in the sky. They are seen in the Earth’s troposphere, stratosphere, and mesosphere.

Since clouds contain all sorts of smoke, dust, soot, ice, water vapor, microorganisms, and chemicals, they are heterogeneous mixtures. They are also an example of aerosol, where small droplets of liquid are dispersed in a gas (air).

1. A Mixture of Water and Oil

Water molecules are polar: one end of the molecule has a positive charge while the other has a negative charge, which allows water molecules to bond. They are held together by strong hydrogen bonds.

However, oils and fats are non-polar. They would have to break hydrogen bonds in order to get dissolved in water. Furthermore, non-polar molecules only mix well with other non-polar molecules. Due to these reasons, water molecules attract each other and oil molecules stick together, forming separate layers in a mixture.

This type of mixture is a perfect example of emulsion — a suspension of two liquids that typically do not mix together. The emulsion is a type of colloid that contains small particles suspended in another immiscible (unmixable) substance.

When water and oil are mixed and shaken, they form a cloudy suspension. When it is kept at rest for a while, the tightly packed water molecules sink to the bottom and oil sits on the top of the water. 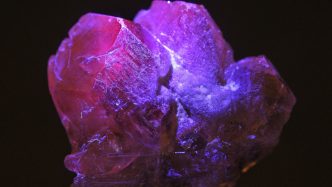 10 Hardest Minerals In The World | On Mohs Scale 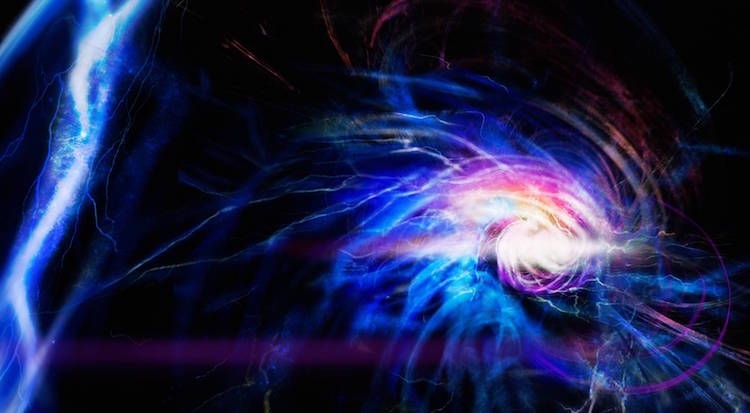 A New Quantum Particle – 3D Skyrmion In A Quantum Gas