30 Intriguing Facts And Statistics About Google

In this age of technology, where data is more precious than oil, no one affects our life more than the silicon valley giant Google. Google is the brainchild of Larry Page and Sergei Brin, two doctoral students from the Stanford University. Its initial success was largely associated with the PageRank algorithm, which ranks a website based on its content and backlinks.

The company was incorporated in 1998 with the help of small investments from the Angel investors, and the rest is history. We all know what it does, or do we? From company’s first doodle to its biggest acquisition and its biggest failures to its achievements, here we have 30 interesting facts, factoids and statistics about the Google.

30. As of 2017, Google owns and operate a total of 15 data centers all over the world. Nine of them are in the American continent, four in Europe and two are in Asia.

29. In 2013, The Washington Post reported that the NSA or National Security Agency infiltrated the main communication links between Yahoo and Google’s data centers during their MUSCULAR program. This was only possible because both the companies didn’t start encrypting their internal data at that time.

27. Google is notorious for pulling up pranks from time to time. However, on April 1st, 2007, the firm issued an e-mail to its NYC employees warning that a potentially dangerous python was at loose in the facility. It wasn’t a prank.

26. Like many other companies, Google also owns several .sucks domains. For those who don’t know, .sucks domains are issued by a company known as Vox Populi, who suggest that this new gTLD or generic top level domain will be used for consumer advocacy, cause marketing, but it’s getting a negative heat from media and other companies lately.

25. There are a few cool tricks that you can perform right now on Google search. If you type in “askew” (without quotation marks) in the search, the result page will tilt moderately to the right. Similarly, you can make Google to do a barrel roll by just entering “do a barrel roll.” You can try Google Gravity and see what comes up. 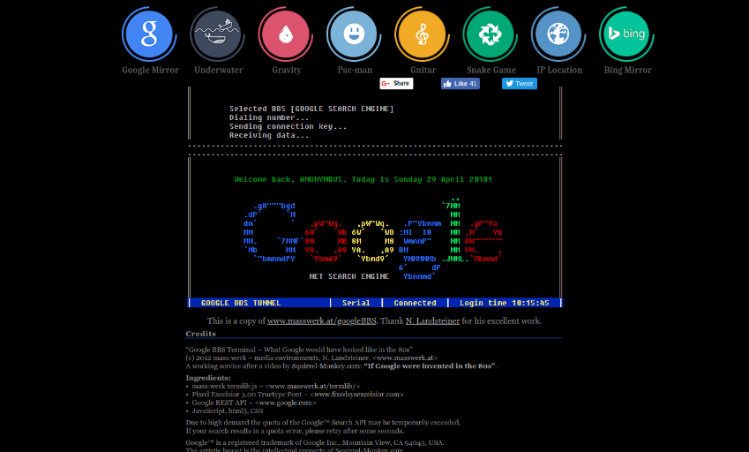 24. Every year, the internet giant receives more than 1 million job applications from all around the world. Out of millions only 4000 to 6000 people are hired.

23. Back in 2010, Google Maps ignited a serious geo-political tension between two central American nations, Nicaragua and Costa Rica. Google Maps “mistakenly” identified a piece of land as part of Nicaragua adjacent to a highly disputed territory between those two nations.

A few weeks later, Google Maps again triggered a mild rift between the Spanish and Moroccan authorities claiming rights to a small island in the Strait of Gibraltar.

22. Have you ever wondered, how Google maps provide traffic alerts? Well, to give you regular and more accurate traffic updates, Google Maps continuously interacts with Android devices. By calculating how fast Android devices are moving on a particular road, Google Maps is able to generate more precise traffic map. 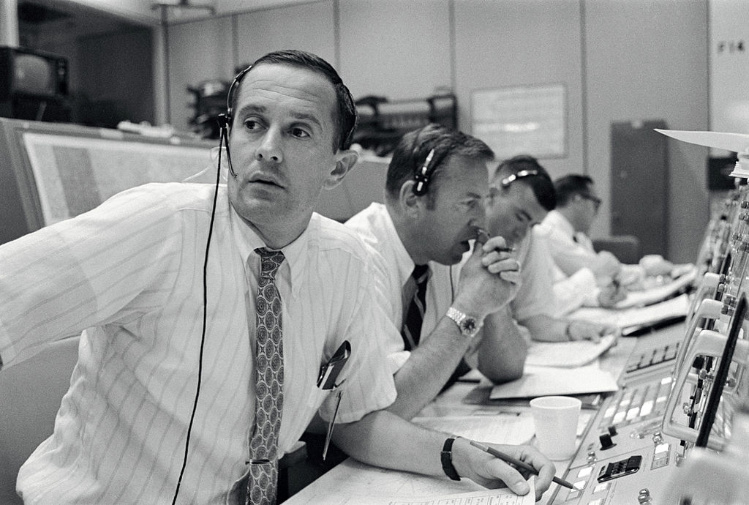 20. Like any other multinational company, Google used to emphasize heavily on test scores and GPA’s to hire employees, but they don’t do that anymore. Interestingly, the total number of engineers employed at Google without any formal college education has increased in the recent years. They have teams, in which about 14% of members are people who never went to college or have any degree.

19. Based on the information on mergers and acquisition on Wikipedia, between February 2010 to December 2011, Google (Alphabet) acquired at least 2 companies per month with only a few exceptions. During this period of time, Google bought Motorola Mobility for $12.5 billion, Google’s biggest acquisition to date.

18. As of March 2018, Google has completed acquisition of more than 200 companies from US to abroad. Some of its popular acquisitions are YouTube, AdMob and Nest Labs.

17. Gmail was launched on April 1, 2004 as a beta version. Due to the dubious nature of this day, many people, including big media sites thought it was another nerdy joke from google, an April’ fools day prank.

16. The very first Google Doodle, the Burning Man Stick figure, was actually a message to Google users that its founders were away from the office.

15. Google was originally named “BackRub”. Yes, BackRub. According to their own website in 1996, Page and Brin named their search algorithm “BackRub”, because of their program’s association with “back links”. However, a year later in 1997, the duo decided that the name BackRub was not a fit for their company.

14. Finally, the company was named “Google”, which originated after a mistake in spelling “googol”. “Googol” is the number 1 followed by 100 zeros, it was used to signify that the search engine was intended to provide large quantities of information.

13. In 2014, Google acquired an artificial intelligence company known as DeepMind. Since then, the subsidiary has made strides on the field of machine learning. It created a neural network that learns playing video games on its own; AlphaGo and AlphaZero programs are popular examples. Another famous example is Neural Turing Machine, a neural network that mimics short term memory of a human brain.

12. Google process over trillions of search queries each year. But still, 15% of those search queries are brand new and have never been processed by Google before. In 2007, this figure was as high as 25%.

11. According to Google, there are slightly more than 129 million different books in circulation around the world and they are planning to digitize all of them. Out of the estimated 129 million books, the company has already scanned 12 million.

10. In 1999, Page and Brin tried to sell their company to the internet portal Excite for just $1 million, which they later turned down. According to the people who were involved with that negotiation, after Excite rejected the initial offer, Page and Brin lowered the price down to $750,000, but was again rejected. As of today, Alphabet’s total market capitalization stands well over $700 billion. 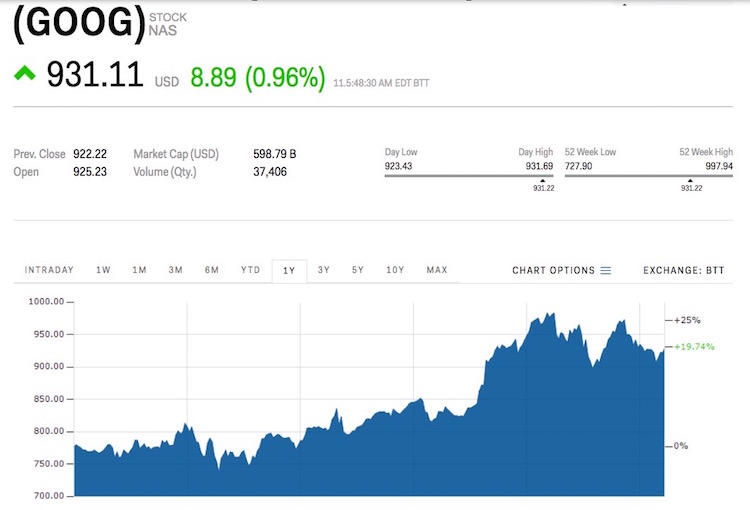 9. According to Tom Chavez of U.S based media company ‘Rapt’ in 2007, Google lost about $110 million in revenue each year due to extensive use of the “I’m feeling lucky” button, which bypasses all search ads shown on result page.

8. You might not know that on August 16, 2013, the entire Google went of the grid for five minutes. During that outage, the total internet traffic fell about 40% all over the world. This was not the first time Google was affected by a blackout, one similar outage occurred back in 2009, in which many of its essential services were down for more than 1 hour.

7. Every year, Google makes more money from digital ads than any other internet company in the world. Based on data provided by research firm eMarketer, the company was expected to make more than US$73 billion in net ad sales in 2017 after removing traffic acquisition costs.

6. Yahoo’s former CEO Marissa Mayer was one of the earliest employees to work for Google. She was also the first female engineer to work for the company.

5. In 2007, Google along with the X Prize foundation announced the Google Lunar X Prize, in which the company would award $20 million to any privately funded team, who successfully land a robotic craft on the moon’s surface, travel for 500 meters and send images back to the earth. The competition ended on March 2018 with no winners.

4. Google’s one of the biggest and most successful acquisition to this day is none other than YouTube, which it bought for a whopping $1.65 billion in 2006. YouTube is the second largest website, just behind Google.

3. With an investment of US$250,000 in 1998, Amazon’s Jeff Bezos became one of the early backers of Google. When the company went public in 2004, Bezos’ investment was worth more than 3 million shares.

2. In 2015, Google announced that they are going to restructure the entire company. It was done by incorporating a holding company – Alphabet Inc. with Google as its largest subsidiary. Upon completion, Larry Page vacated the CEO position at Google to take charge of the newly formed Alphabet.

1. Google hits the share market for the first time in 2004. Compared to the IPO’s of internet companies like Facebook and Alibaba, Google’s IPO was not a great success. But today, it’s the second largest name in the S&P 500 index and have a market value of more than $700 billion. 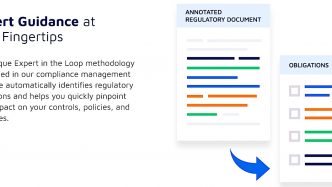 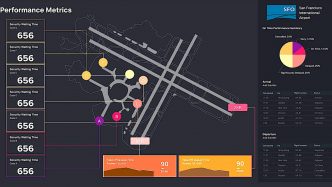 13 Best AIOps Platforms To Enhance IT Operations [In 2023]