Who are freedom fighters, what they do, and whom do they serve? Literally speaking, a freedom fighter is anyone who challenges the existing political order and fights for his/her own freedom and the freedom of his people. However, it is often that someone who is (was) involved in a peaceful demonstration for freedom is labeled as a political leader rather than a freedom fighter.

Although the term “freedom fighter” itself is closely associated with India, where it is officially used for those who took part in the nation’s quest for independence, members of revolutionary organizations throughout the world can also be called freedom fighters. Americas’ Sons of Liberty and South Africa’s Umkhonto we Sizwe are few prominent examples.

So without wasting any more time let’s start with the 12 most famous freedom fighters in recent history. 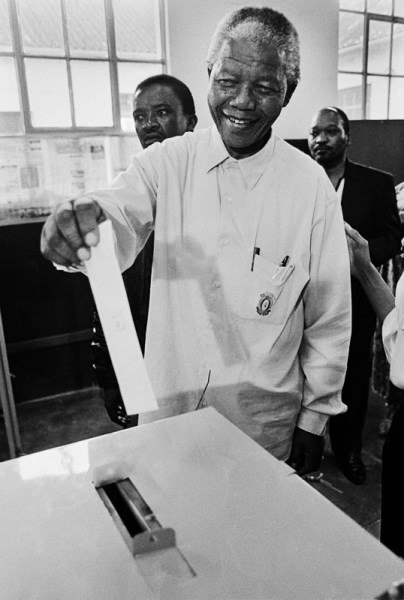 Nelson Mandela was born on 18 July 1918 to a noble family in Mvezo, South Africa. After working briefly as a lawyer, he joined the African National Congress in 1943. It was the beginning of his fight against the system of racial segregation in the country.

Throughout the 1950s, Mandela was heavily involved in peaceful protests including the Defiance Campaign and the Congress of People. However, in 1961, he founded Umkhonto we Sizwe, a militant group, to launch an aggressive fight against the South African government. He was arrested in 1962.

During the trial proceedings, Mandela gave his famous “I am prepared to die” speech, which was widely reported in the international media. It was inspired by Fidel Castro’s speech “History will absolve me”. Mandela was a lifelong admirer of the Marxian ideology. 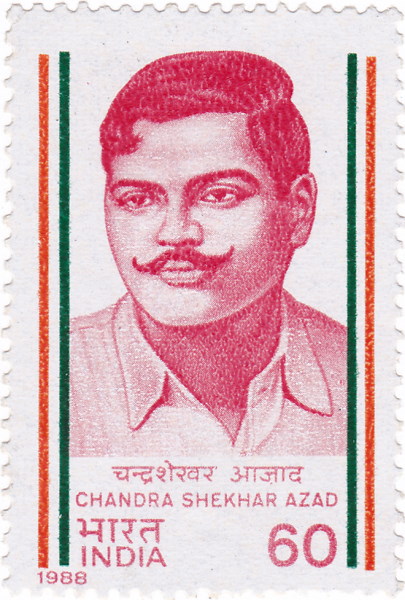 Chandra Shekhar Azad, simply known as just Azad, was an Indian revolutionary leader whose actions made him a hero among the citizens.

After the death of Ram Prasad Bismil and other founding members of the HSA, it was Chandra Shekhar Azad who revived the organization and renamed it the Hindustan Socialist Republican Army (HSRA).

Chandra Shekhar was involved in multiple plots against the British Raj including the famous Kakori train robbery. He was also a co-conspirator (along with Bhagat Singh and Rajguru) in the killing of John Saunders, a British Police officer, in Lahore (now in Pakistan).

He was shot dead on 27 February 1931, after being surrounded by the police forces in a city park. 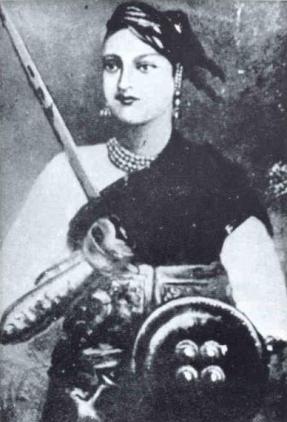 A portrait of Rani Lakshmibai | Image Courtesy: The British Library

Affiliation: The State of Jhansi

Lakshmibai, also known as ‘Jhansi ki Rani’ (Queen of Jhansi), was one of the most influential figures of the Indian Rebellion of 1857. After the death of her husband Raja Gangadhar Newalkar in November 1853, British East India ordered Lakshmibai to relinquish Jhansi.

On March 23, 1858, after years of initial reluctance, she openly revolted against British rule. Hugh Rose, the British officer who was in command of the British army fighting Lakshmibai, described her as “likable, clever, beautiful” and “the most dangerous Indian revolutionary leader.”

Subhas Chandra Bose is a controversial figure in the Indian Movement of Independence. While his defiant patriotism and loyalism made him a hero among the citizens, Bose’s attempt to overthrow the British rule with the help of Nazi Germany and Japan during World War II attracted widespread criticism. With Japan’s help, Bose revived the Indian National Army with only one motive; to free the Indian Subcontinent from the hands of the Britishers. 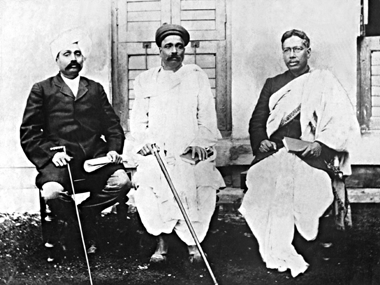 Lala Lajpat Rai, one-third of the famous Lal Bal Pal triumvirate, was one of the most influential characters during the Indian Independence movement.

Born and brought up in a deeply religious family, Lajpat Rai was a staunch follower of Hinduism and believed that every Indian lifestyle must be based on it. His believes and practices played a central part in his success as a leader.

During his political career, Lajpat Rai traveled to the United States, where he established the Indian Home Rule League of America to garner international support against the British Raj in India.

Bal Gangadhar Tilak was one of the most prominent freedom fighters in the Indian movement of Independence. Tilak, unlike many other political leaders, was against the moderate views on independence.

He was one of the first leaders to oppose the Age of Consent Bill (1891), despite being in favor of the ruling. Tilak believed that British interference in Hindu beliefs is a direct assault on religion.

He was tried for sedition charges on three different accounts. The British authorities once referred to him as the “father of Indian unrest.”

Mangal Pandey was a soldier in the 34th Bengal Native Infantry, who was hanged by the British on 9 April 1857 for treason. His death is considered by many as the beginning of the Indian Rebellion of 1857.

On 29 March 1875, Mangal Pandey openly revolted against high ranking British officials. He threatened to shoot the first European to come in front of him and encouraged his fellow Indian soldiers to do the same. After a subsequent investigation, Pandey and one of his fellow soldier named Ishwari Prasad were executed.

Mutinies broke in many parts of Northern India as the news of his death spread among the sepoys (Indian Soldiers). It eventually led to the great revolt. 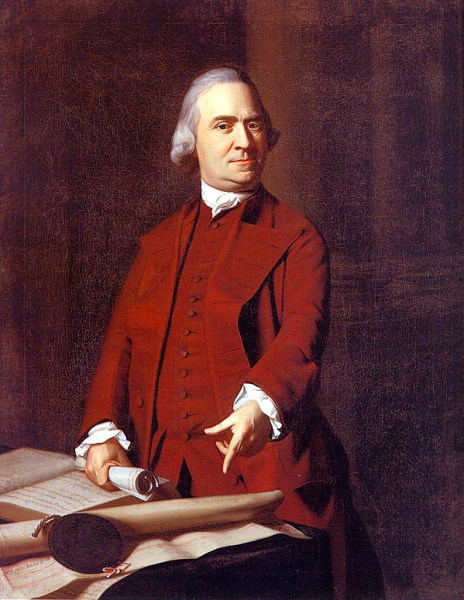 A portrait of Samuel Adams by John Singleton Copley in 1772

One of the founding fathers of the United States, Samuel Adams is somewhat a controversial figure in American politics. Adams rose to prominence in Boston’s political sphere in the 1760s, after he went great lengths to oppose newly introduced British taxation on American colonies.

In 1765, to fight the new taxation imposed by the British, Samuel Adams formed a secret organization called the Sons of Liberty. The members of the organization would publicly humiliate and punish officials loyal to the Britishers. 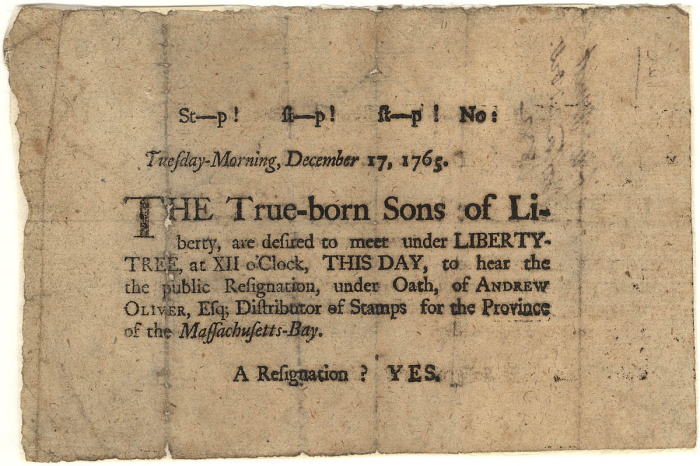 Within months it became apparent that its members are more likely to employ harsh means to further their cause. One such act of violence was near demolition of Boston’s Lieutenant Governor Thomas Hutchinson’s house.

Despite his contributions towards the American Revolution, many contemporaries saw Samuel Adams as a dishonest individual (Hutchinson’s History of Massachusetts Bay) who would encourage mob violence/riot to serve his purpose. 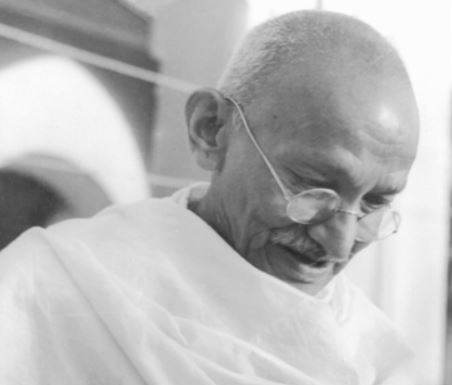 Mahatma Gandhi or Mohandas Karamchand Gandhi, sure doesn’t need any formal introduction. His place in the Indian Independence movement is at the very top and is an inspiration for civil rights movements around the world.

At the age of 23, Gandhi left India for South Africa (where he lived for two decades) to practice law. There, for the first time, he experienced racial discrimination leading him to start a civil rights campaign in the country.

Gandhi returned to India in 1915 and continued his anti-discriminatory campaign by make aware farmers and laborers about racial and economic discrimination. He led non-violent campaigns across the nation against British oppression as well as for religious harmony, and ending untouchability. 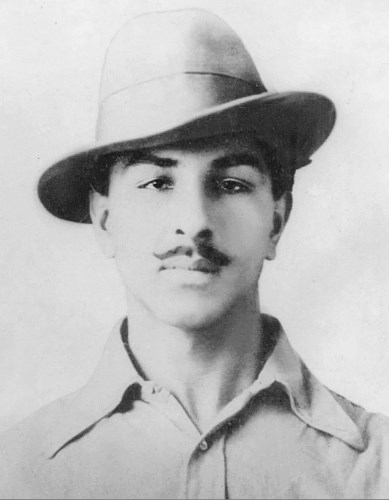 Bhagat Singh was just 12 years old when he witnessed the horrors of the Jallianwala Bagh massacre. After a couple of similar incidents, he grew disappointed with Gandhi’s non-violence philosophy. As a result, Singh embraced a more violent approach to overthrow the British Raj at a young age.

On December 17, 1928, Bhagat Singh along with Shivaram Rajguru shot down a British police officer named John Saunders in Lahore. Their actual target, however, was police superintendent James Scott, who ordered an assault on Lala Lajpat Rai (which led to his death) during a boycott protest.

A year later, he detonated improvised explosives inside the Legislative Assembly in Delhi. There were no casualties as it was a stunt by Bhagat Singh and his associates to attract public attention to their cause. 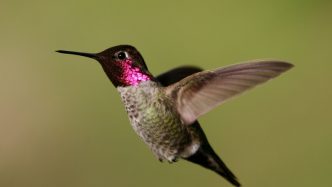 12 Fastest Animals In The World 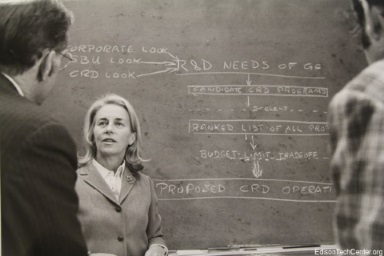