Minecraft, a game in which players extract or mine resources, craft tools, and build structures in a blocky, procedurally generated world, became a sensation in the gaming world and is still loved by gamers around the world.

Since its release in 2011, numerous Minecraft like games have arrived. However, only a handful have made their mark and are worthy of your time. But what if you want to enjoy the things that make Minecraft so remarkable without actually wanting to play the game?

Below, we have assembled 15 best games like Minecraft that you can enjoy. 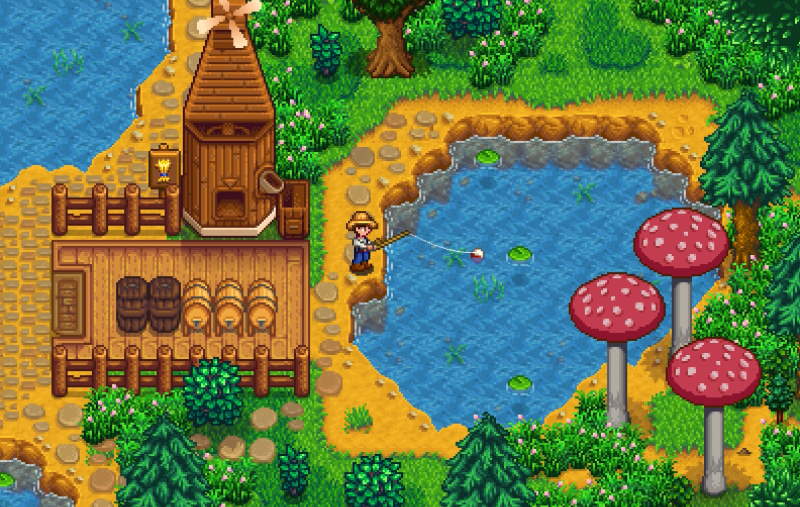 Don’t be too surprised if you find someone who has spent hundreds of hours on Stardew Valley and still can’t get enough of it. The game gives a level of satisfaction that only a few could offer.

After taking control of the ruined farm, your first line of business is to make a patch of land suitable for use. You then harvest and sell crops to start getting a stable income.

The earnings will gradually increase as you expand your harvest from parsnips to beans, potatoes, and eggs. You can also engage in other activities such as foraging and fishing. The game is overall relaxing. 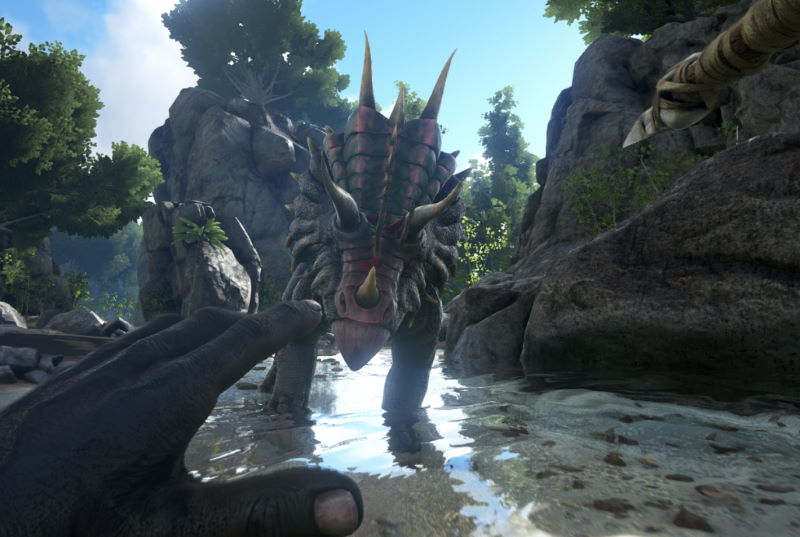 What if someone tells you that to survive a hostile environment, you must tame dinosaurs? Yes, you heard it right. ARK: Survival Evolved is an open-world survival game in which you find yourself stranded in an island, surrounded by menacing ancient creatures, such as dinosaurs (lots and lots of them), and other, potentially hostile players.

Your ultimate objective is to survive at any cost. You do it by establishing a base and using fire and weapons to fend off the attackers.

Without a doubt, the real attraction of the game is dinosaurs, which you can either hunt or tame. A tamed or domesticated dinosaur can assist you in your quest for survival.

New players race against time to obtain weapons and find shelter before other players or animals attack them.

13. Fortnite: Save The World 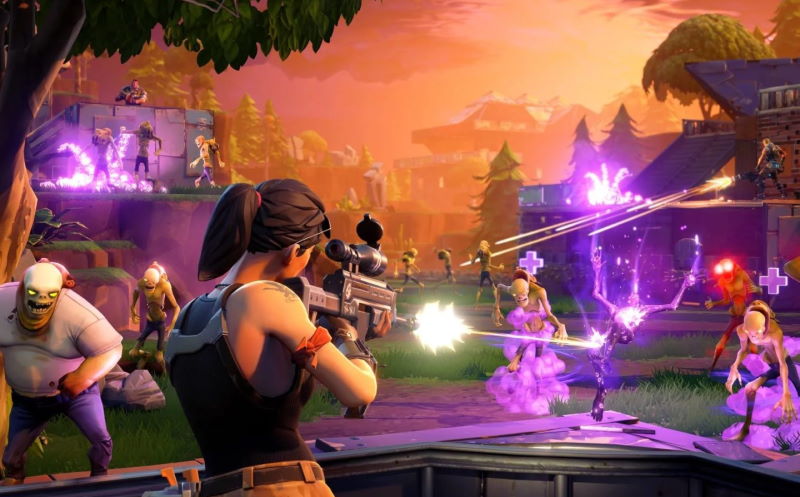 You either like Fortnite, or you hate it. Whenever someone talks about the wildly popular third-person shooter title, it usually regards the Battle Royale. But here we are talking about the original Fortnite: Save the World, from where it all started.

Fortnite’s Save the World is a fun co-op survival game in which you must explore, forage items, craft weapons, and build fortifications. A free-to-play game as well, Save the World, is by no means a sandbox. However, the building and crafting mechanism makes it much more than just shooting enemies. 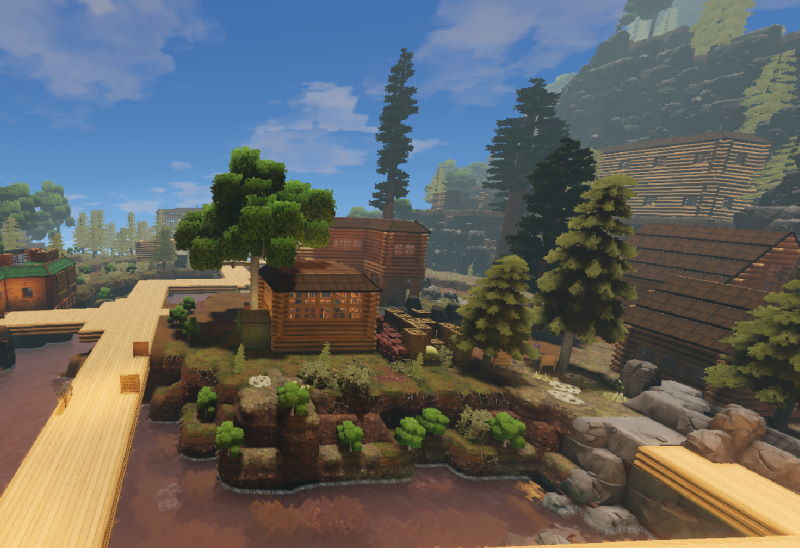 Eco is an open-world simulator, in which you build an entire civilization. You do this by interacting with a virtual world in different ways and by collaborating with other players.

Players must research better technologies and build vital structures by exploiting natural resources that are at their disposal. But be wary of over-exploitation. Eco compels players to fabricate a sustainable and working society, where resource gathering and development are kept in a balance.

The ultimate objective is to create a society advanced enough to stop a deadly meteor from destroying everything in that world. 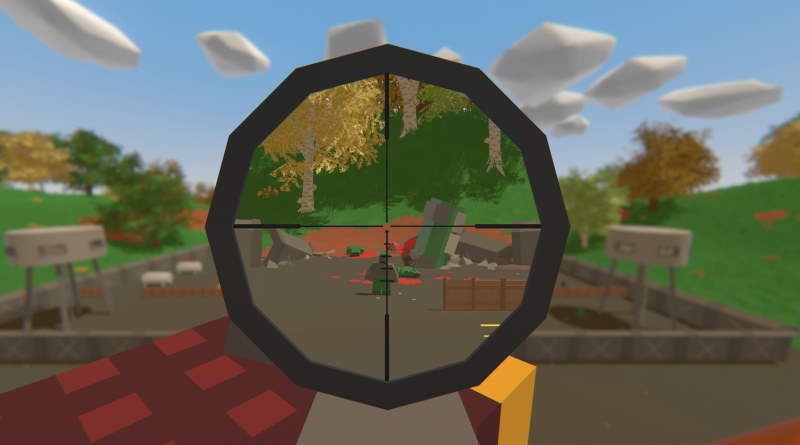 The zombie-filled world of Unturned, believe it or not, has many similarities with that of Minecraft. As soon as your character spawns on a game map, you must find necessary supplies, such as food and weapons.

Though the ultimate objective here is to survive zombie attacks, the game allows players to collaborate or even fight against each other. Your character must also maintain good health. During the gameplay, players get exposed to radiation either due to getting attacked (by zombies) or when they break into “deadzones.” You can avoid that by wearing a hazmat protection suit.

The game can be played in several different modes. 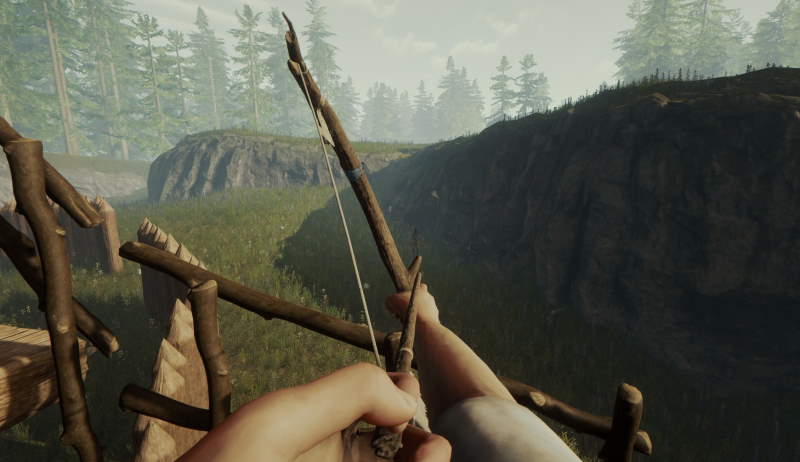 You have crash-landed in the middle of a dense forest, and you’re the only survivor. What would you do?  Well, in the open-world game ‘The Forest’, your objective is to survive at any cost until you’re eventually rescued.

Many hostile creatures inhabit the forest. Among them is a tribe of man-eating mutants that live in small villages and become active at night. These creatures are usually aggressive towards the player. Later on, you get to explore underground tunnels, where you encounter increasingly mutated beings.

Similar to Minecraft, the game features the day/night cycle. During the day time, you can gather supplies, hunt animals and construct shelter, and other structures. At night you must survive. 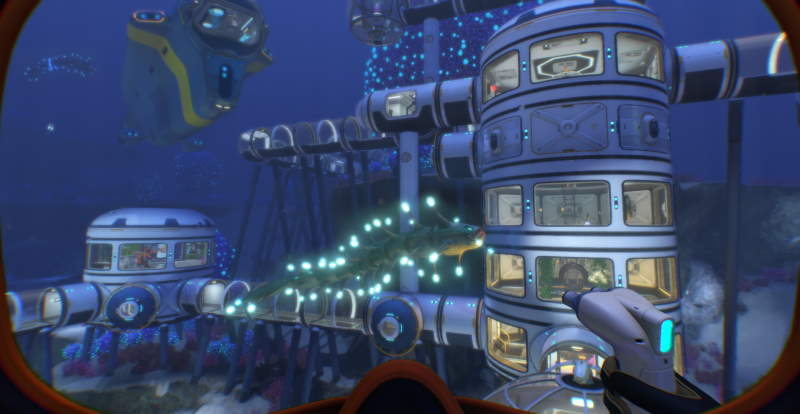 You’re stranded in an obscure ocean planet called “4546B,” and to survive, you must explore, gather necessary resources, craft tools, build bases, and interact with the planet’s fauna. That’s Subnautica for you.

The player must effectively manage their supplies, such as water and food. When underwater, it’s essential to maintain adequate oxygen levels; otherwise, you’ll suffocate and die.

A vast majority of the gameplay takes place underwater with just two offshore islands that you can explore. The game can be played in four difficulty modes. 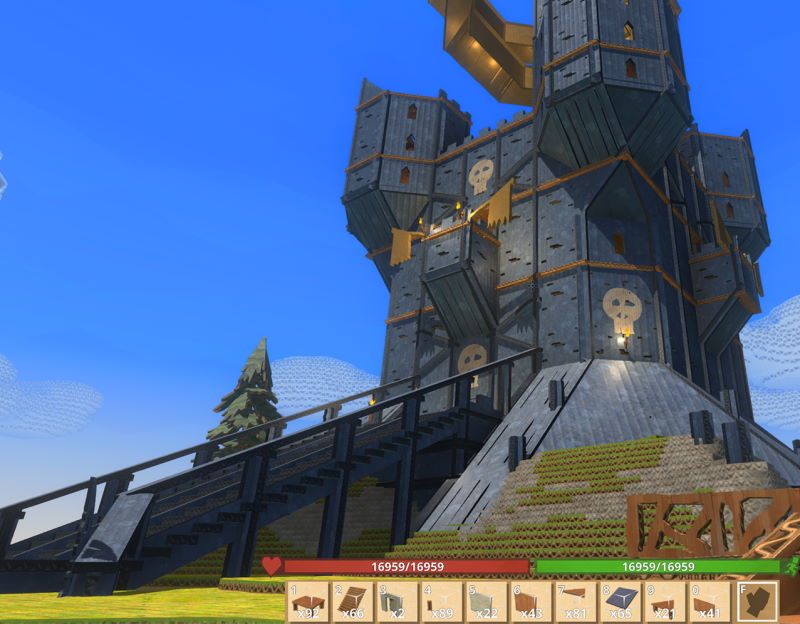 CardLife is an open-world crafting and survival game in which everything is made out of cardboard. Like almost every other survival game, it has a hunger mechanism. Meaning that even though your character is a piece of cardboard, it must eat to survive. To gather food, you need not use any weapon as you can hunt down animals with just your bare hands.

Landscape in the game includes everything from dense forests and mountains to deserts. Interestingly, CardLife’s map is designed by hand rather than being procedurally generated.

You can use your cardboard tools to extract resources and raw materials that are essential for crafting weapons and large structures. All these things can be personalized according to your taste.

It’s all these things that have earned CardLife the name of “Cardboard Minecraft.” 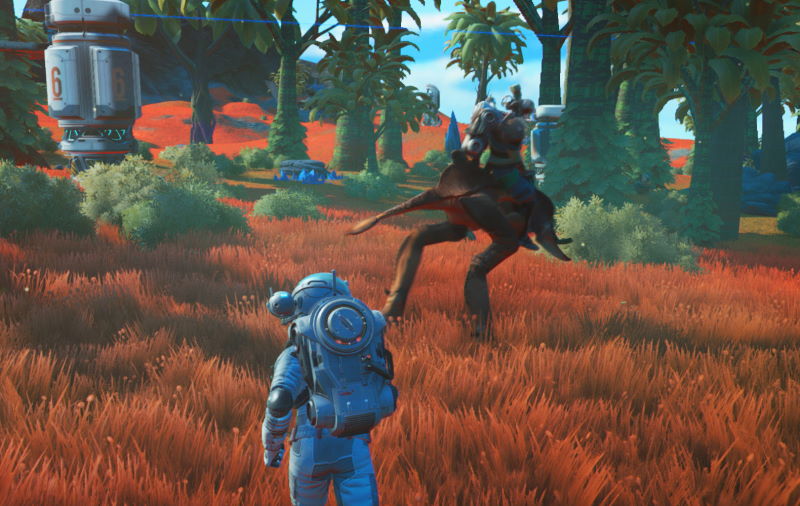 No Man’s Sky takes you to an intragalactic journey, in which you explore previously known planetary systems, interact and trade with friendly native alien species, and defend against the hostile ones.

Almost everything that you interact with, from flora and fauna to native sentient species are created procedurally using deterministic algorithms. Planets and stars are also influenced by it. The game has a virtually endless possibility of exploration.

No Man’s Sky was initially launched with just single-player mode, but now, with the most recent update, you can play cooperative games with your friends just like in Minecraft. 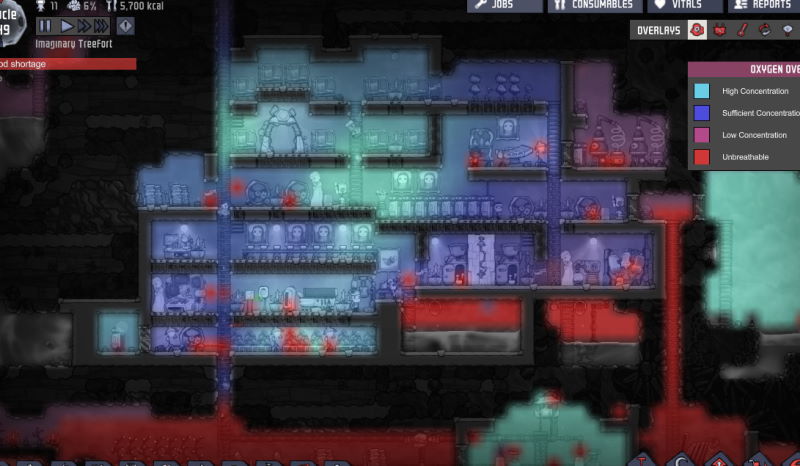 Klei Entertainment is known for producing some of the finest survival games. And one such game is single-player title Oxygen Not Included. Here, you take control of a group of clones, known as ‘Duplicants’ and guide them to create a habitable space colony.

You can make them mine resources, grow food, research, and craft equipment, etc. Keeping track of their vitals, such as oxygen levels and hunger, are very important as they are critical for their survival.

In a procedurally generated world, the initial starting areas have a breathable atmosphere and can be explored freely. However, considerable preparations are needed to transverse other regions due to a lack of oxygen.

The game, like Minecraft, doesn’t have any predefined goals, and you can set your own objectives. 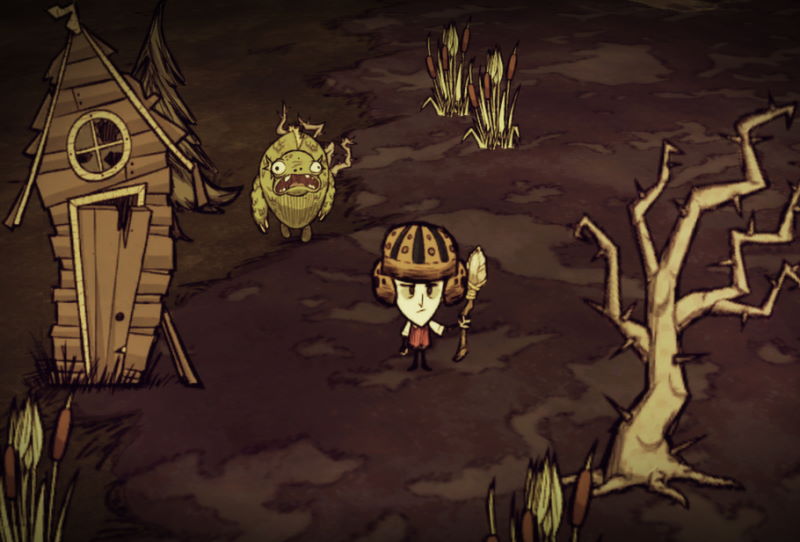 Platform: Multiplatform
How it’s like Minecraft?: Survival, exploring, and crafting

Klei’s Don’t Starve not only share many similarities but was influenced by Minecraft. The game lands your character in a procedurally-generated, horror-filled world, where you must survive as long as possible.

Your playing style is dictated by the game’s day/night cycle. In the day time, you explore, gather resources, and craft valuable items, including weapons, a light source, and a shelter.

These will help you survive through the night when monsters are out for hunt. Food can be acquired from foraging or by hunting other animals. There are tons of other things you need to take care of to avoid death.

In Don’t Starve, there is a whole lot to explore, just like the pixelated universe of Minecraft. 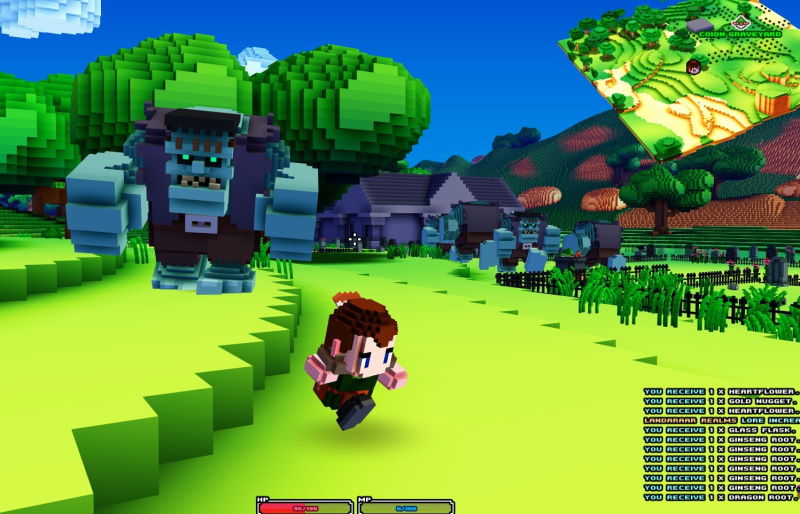 The voxel-based action role-playing game, Cube World, was one of the first major titles in the previous decade to follow the path set by Minecraft. There is a ton of exploration to do in the procedurally generated realm of CubeWorld, featuring everything from castles, dungeons, and caverns to landscapes such as deserts, oceans, and grasslands.

To begin with, you must first choose one from four different character classes; rouge, ranger, warrior, and mage. Each class has a unique skill set and have access to specific weapons and gears.

The game also allows you to choose a specialization that suits your playing style. For example, mages can focus either on healing abilities or damage. The same goes for other classes.

Crafting is an essential component of the game. You can hunt creatures you encounter for valuable resources, such as potions, armor, weapons, and food. 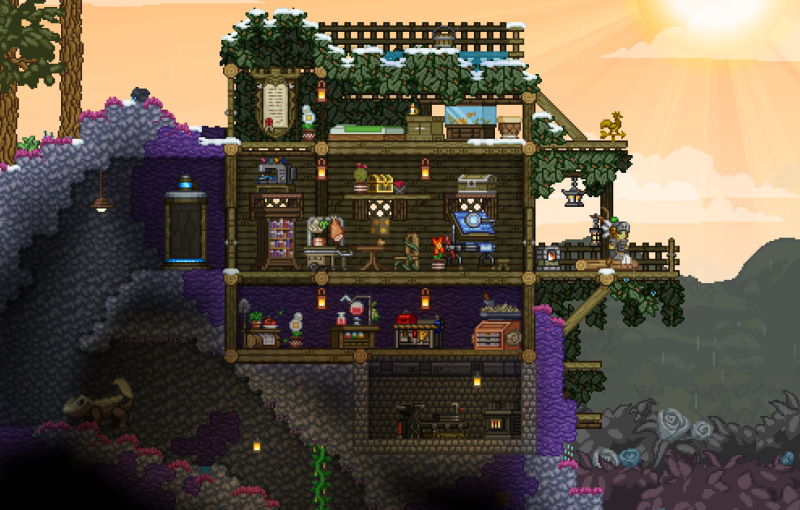 Starbound is a sci-fi, action-adventure game in which the player travels across the universe, engaging in a wide range of quests and missions. The way I see it, Starbound is more like Terraria than Minecraft. The only major difference is that rather than a permanent base, you get a mobile spaceship.

The Starbound universe is filled with planets that you can visit. Some are covered in ocean, some in ice, and some filled with nothing but lava. Just like Minecraft and Terraria, this 2D interstellar sandbox has lots of mining, resources management, crafting, buying, and selling to do.

You travel and explore ancient civilization, discover relics, and, most importantly, craft/upgrade tools, that will help you fight enemies and survive harsh conditions.

The game has three modes; casual, survival, and permadeath. It also has an online co-op mode, in which you can play with friends on dedicated servers.

Roblox is more of a game creation platform, where you can find a variety of games created by other users or players. Here you can find anything from racing games to RPG games and other simulations. It has something for everyone.

Like Minecraft servers, Roblox allows users to make use of their imagination in crafting and developing their own game worlds. But, in case you’re not interested in creating, then perhaps you can enjoy playing hundreds and hundreds of different games on the platform. 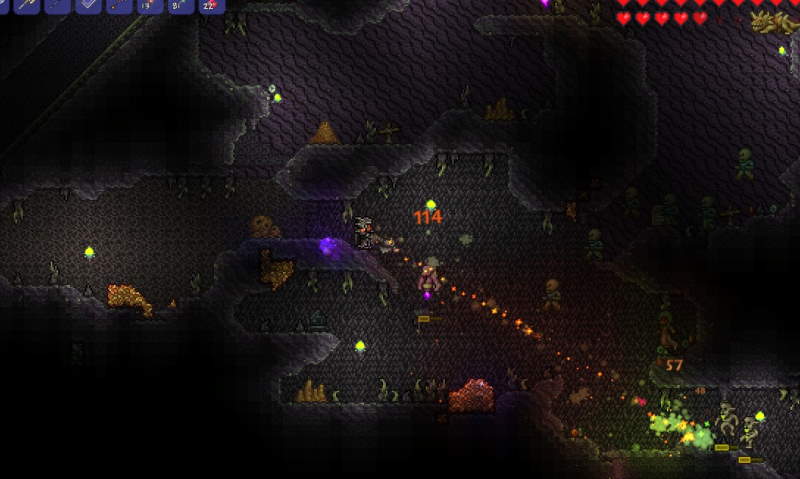 Terraria is basically a 2D version of Minecraft, at least from the point of its core gameplay. The game is about mining, building, and combat. Unlike Minecraft, however, Terraria put more emphasis on combat.

After creating the desired character, you enter a randomly-generated world. Your first and foremost task is to build a house to protect yourself from impending attacks from swaths of zombies and other creatures at night. Once that’s done, you can focus on a more active part of the game.

You search and find entry points to access the underground tunnels, where you mine, slice, kill, and loot resources. Back at the house, you’ll use these resources to forge better gear and weapons. You can attract NPCs, who provide various services and items, by expanding the house.

Terraria’s everlasting possibilities is what makes the game truly, one of the best adventure games. 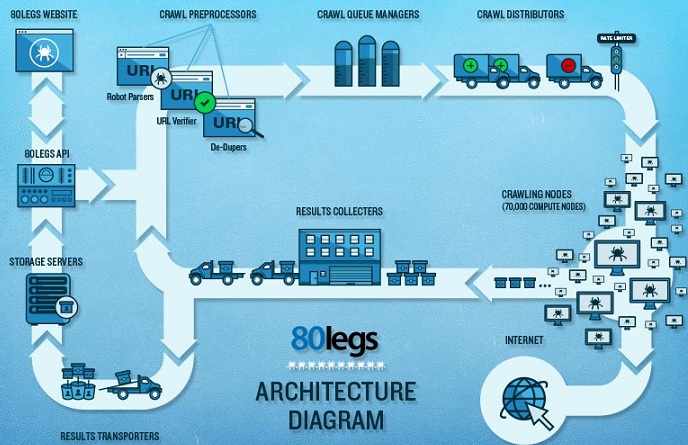