Measuring greenhouse gases in the atmosphere like carbon dioxide, methane, ozone and nitrous oxide is crucial for studying how altering amounts of these gases affect climate change. They are measured by either continuously using stationary equipment and satellites that monitor current concentrations, or gathering air samples in the flask and then analyzing them in a laboratory.

Now, a team of researchers at the University of Eastern Finland, Tampere University of Technology and the University of Burgundy in France, have come up with a new approach for conducting spectroscopic measurements of various gas molecules. They are calling it Ghost Imaging technique.

Compared to existing imaging techniques, this new approach can uncover the chemical composition of a gas molecule with far better accuracy. In some cases, it can enable more sensitive identification of greenhouse gases.

The ghost imaging operates over a wide range of wavelengths, improving monitoring of gases present in the atmosphere, including methane and carbon dioxide. It works with a supercontinuum light source (emits pulses with multiple wavelengths) to image the wavelength-based light transferred through air samples, and measures the spectral fingerprint of a gas molecule with subnanometer resolution.

This new technique generates pictures by associating the intensity of 2 different beams that do not contain data about the object’s shape but enable indirect interfaces about its characteristics. In extreme conditions, it can remove distortions (not all) observed in conventional imaging systems and can restore scrambled signals on picosecond (10−12 seconds) timescales.

Since gas molecules are mostly scattered, they only alter the transmitting light by a tiny amount. Thus, it requires very sensitive instruments and powerful light sources to detect them.

Unlike conventional imaging methods that identify signals of a single wavelength, the ghost imaging technique detects an integrated signal consisting of several wavelengths. Therefore, it works even where extremely sensitive detectors and powerful light sources are not available.

More specifically, it generates a spectral picture (that contains the reflection or transmission spectrum of an object) by correlating 2 beams: the first beam encodes a random pattern which behaves as probing reference while the other beam illuminates the sample. To generate the reference essential for obtaining spectral ‘ghost image’, the authors used random fluctuations occurring between consecutive pluses’ spectra.

Then the beam transferred through a sample is analyzed via a detector without spectral resolution. After correlating it with reference spectral fluctuations, they got a clear view of the spectral image.

To test this new technique, they used it to generate a spectral picture of methane gas. It precisely recreated the sequence of discrete absorption lines which represent the identity of methane. They also compared the outcomes with traditional direct spectroscopy measurements: the results from both techniques matched well.

Currently, authors are experimenting with pre-programmable light source devices to steer the spectral fluctuations. This would eliminate the need for measuring reference spectral patterns. Also, they are trying to integrate this technology with the optical coherence tomography setup, which would allow them to extract sensitive data from various biological samples, including tissue, without exposing samples to harmful rays. 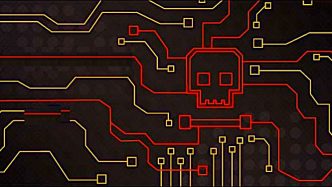