Internet of Things (IoT) is heterogeneously applied to different fields to make them smarter, efficient, profitable and more connected. This requires an effective connection, operation, and management of the vast amount of loosely coupled smart devices that can detect and trust each other.

At present all smart devices and hardware are connected via centralized infrastructures. The three main negative points of this type of architecture are: high maintenance costs, single point of failures against security concerns, and low interoperability due to limited data aggregation with other centralized networks.

Decentralization of IoT, on the other hand, would have several advantages. For example, it would enhance data security, privacy, and decrease the amount of data that are sent to the cloud for processing, and lead to autonomous, collaborative operations.

Recently, researchers at IBM presented an architecture of peer-to-peer, decentralized framework to autonomously control the heterogeneous networks of IoT. It’s developed by combining analytics, novel programs written by the team, and open source modules based on well-known blockchain community.

To build this framework, they used the Bitcoin Proof-of-Work consensus protocol and wrote programs to efficiently cluster the IoT hardware into individual blockchains, or sub-blockchains.

However, this is not as easy as it sounds. There are billions of devices and resources constraints that make deployment of blockchain in IoT extremely difficult. An efficient blockchain architecture should scale to a vast number of IoT devices and process high throughput transactions.

To test the performance of the framework, researchers developed a series of blockchain IoT integration metrics. They used computer simulations to analyze several blockchain variables such as block generation intervals, block sizes, number of peers, and locations of devices.

They used IBM POWER8 supercomputer to simulate data of hundreds of thousands of devices, which helped them accurately visualize the clustering and selection problems of sub-blockchains in terms of security, scalability and other integration metrics. Using these simulations, they defined analytics and guidelines that optimally cluster heterogeneous IoT devices into sub-blockchains, as per users’ preferences.

Researchers conducted thousands of experiments to test the system scalability and security. For example, they validated it against various kinds of threats like DDOS attacks. Moreover, they demonstrated that security vulnerabilities are prevented by guidelines defined by them.

Overall, researchers have made three main contributions in this work

Read: Intel Introduces A New Level Of Security For AI And Blockchain Protocols

In the next step, they will test the architecture through more physical and simulated IoT networks. Also, they plan to prove the security-enhanced design of Hybrid-IoT and implement the complete framework with a crash fault tolerant algorithm for lightweight peers. 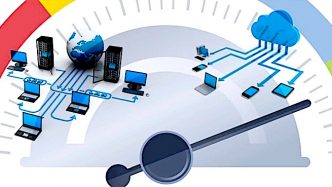 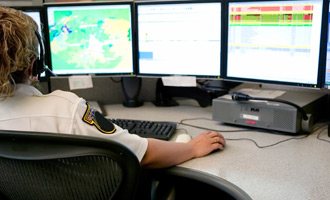