The Central Nervous System is seen as an immune privileged organ, due to its limited interactions with the immune system, particularly under healthy and homeostatic conditions. Just like blood capillaries, there are lymphatic vessels in our body that combine into progressively larger tubes, known as lymphatic vessels, which transport the fluid (lymph) from tissues towards the center of the body.

Recently, researchers at the University of Virginia rediscovered and characterized the lymphatic vessels within meninges (3 membranes that cover the spinal cord and brain).

As per a new study, aging vessels joining the immune system and brain play a key role in reducing cognitive ability (with age) and developing Alzheimer’s. By improving lymphatic vessels’ functions, researchers significantly boosted the memory and learning ability in aged mice. This work could open new avenue for preventing and treating age-related memory loss, Alzheimer’s and other neurodegenerative diseases

Is It Possible to Prevent Brain Aging?

The lymphatic vessels give the brain the ability to cleanse itself. In this study, researchers successfully used a compound to enhance the flow of waste from the brain to lymph nodes in old mice’s neck. After a certain amount of time, the vessels grew bigger and drained better, which directly affected the mice’s ability to remember and learn. 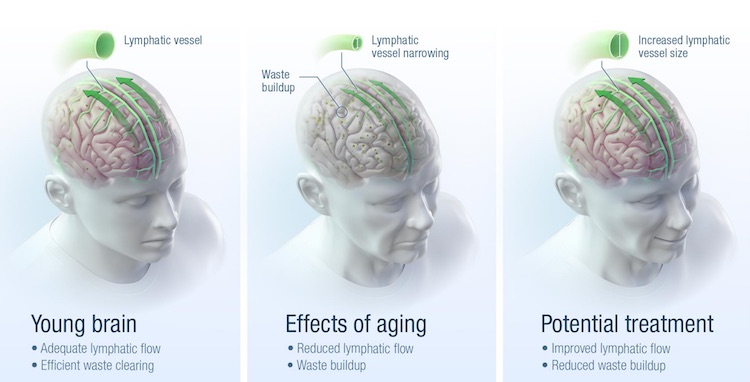 This is the first time scientists can actually improve the mice’s cognitive ability by aiming for lymphatic vasculature around the brain. Blocking vessels increases the accumulation of injurious amyloid plaques in mice brain, which are linked with Alzheimer’s.

Researchers impaired the lymphatic function in mice, making it is quite similar to human pathology. This could clarify the buildup of similar plaques in humans, although the cause of such plague-accumulation isn’t well known. Nearly 70% of Alzheimer’s risk are believed to be genetic, whereas other risk factors include a history of depression, hypertension or head injuries.

In order to develop specific methods to treat age-related diseases in the human brain, researchers are trying to find out what particular changes are occurring in the brain lymphatics.

They plan to develop drugs for enhancing lymphatic vessels’ performance in humans. They also mentioned that it would be necessary to build an approach for determining how well the lymphatic vasculature within meninges is functioning.

According to the authors, one effective way to treat Alzheimer’s could be to merge vasculature repair with other methodologies. Enhancing the flow through the lymphatic vessels within meninges might overcome a few obstacles of past promising approaches.

Moreover, considering the role of brain vascular endothelium and other parts of blood-brain barrier (like pericytes) in the excretion of amyloid plaques from the brain, it would be intriguing to investigate any possible link between impaired cerebrospinal fluid and interstitial fluid recirculation, lymphatic dysfunction, and reduced fitness of the blood-barrier and its cellular components.

Although it’s extremely difficult to reverse Alzheimer’s, we may achieve a high performance of meningeal lymphatic dysfunction to slow down its effects. 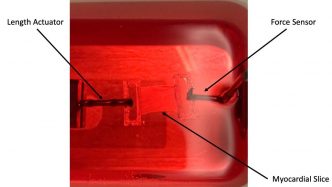 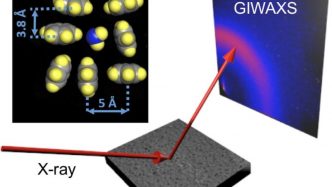