The first recognizable periodic table was published by a Russian chemist Dmitri Mendeleev in 1869. It was designed to show periodic trends in an effective manner. The table has been successful in terms of grouping elements in recognizable orders and in predicting the properties of unidentified elements.

Since then many researchers have proposed various formats to improve the table. There are long-form, short-form, spiral form, and even 3D versions of the periodic table.

Recently, chemists at the University of Nottingham have suggested an inverted version in which the periodic table is turned through 180 degrees on a horizontal axis. According to them, this is the better way of presenting information, especially to a young audience.

The upside-down periodic table resembles a conventional graph, where values increase in a bottom-up fashion. This puts lighter elements on the bottom and heavier elements on the top. Their associated properties — such as atomic number, radius, mass, reactivity, and maximum oxidation state — also increase as we go from bottom to top. 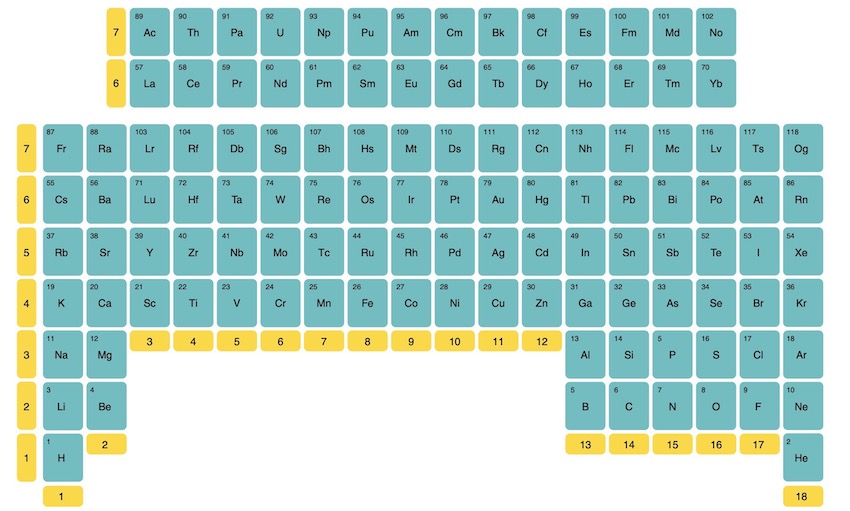 Try to visualize this table from a child’s point of view. The traditional periodic table makes it quite difficult to understand some phenomena, for example, the order in which electron shells are filled.

Turning the table upside down eliminates all these confusions. In fact, the inverted layout is consistent with psychological evidence that people usually associate higher vertical positions with greater magnitudes (numbers). 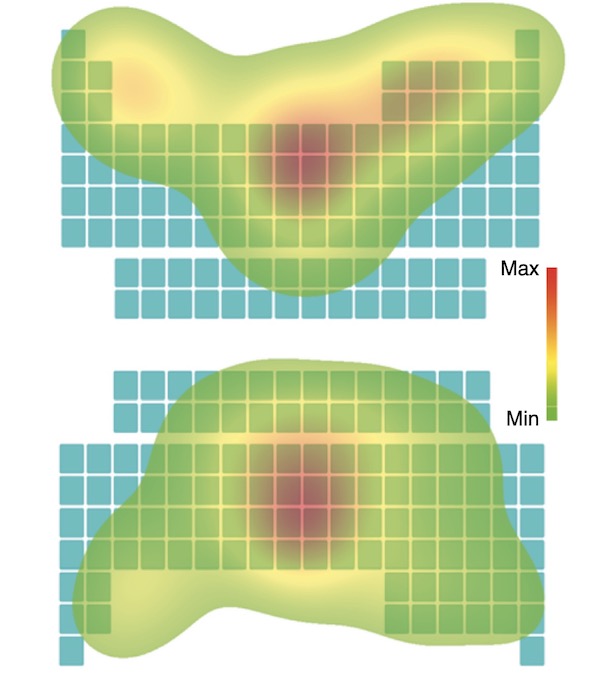 Researchers gave a small presentation of unlettered periodic tables and recorded participants eye moments | The heat maps show areas looked at for longest time | While participants looked for longest in the center for both orientations, their eyes were drawn to the regions corresponding to lighter elements.

Despite turning it upside down, all relationships between elements are preserved as each element has the same neighbors that it had before. The research team was quite surprised that no one has ever thought of this before.

Their proposal to invert the periodic table has had a positive response so far, and tests performed by the team have not revealed any major drawbacks.

Researchers are not claiming that this inverted version is perfect or in any way ‘more correct’, but it does have certain advantages over the original periodic table. It may create some new thinking and give rise to new ideas. 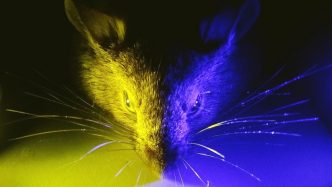