You might be familiar with NASA’s Juno spacecraft – it was launched in 2011, and entered the polar orbit of Jupiter in 2016. Juno’s mission is to study the Jupiter’s composition, magnetic and gravity field, and polar magnetosphere. It will help to unravel the mystery of how the planet formed, like what amount of water is present within its deep atmosphere, does it has a rocky core, what’s the mass distribution and much more complicated questions.

In July 2017, during the first pass over Jupiter’s Great Red Spot, Juno captured some crucial data, which indicates it is quite deeper than it seems. The data also suggest that Jupiter has 2 previously unmapped radiation zones.

“How deep are the roots of Jupiter’s Great Red Spot” is probably the most basic question, which was unclear until mid 2017. The data coming from Juno space probe show that Red Spot storm is nearly 1.3 times wide as much as Earth, and has roots that penetrate approximately 300 km into the Jupiter’s atmosphere.

If you’re curious about what equipment is responsible for this in-depth discovery: it’s Juno’s Microwave Radiometer – a multi-wavelength microwave radiometer for observing deep atmosphere of Jupiter. The instrument makes it possible to observe from 600 MHz to 22 GHz light frequencies. It’s developed to observe below the cloud-tops, especially identifying the abundances of specific chemicals and determine dynamic features. 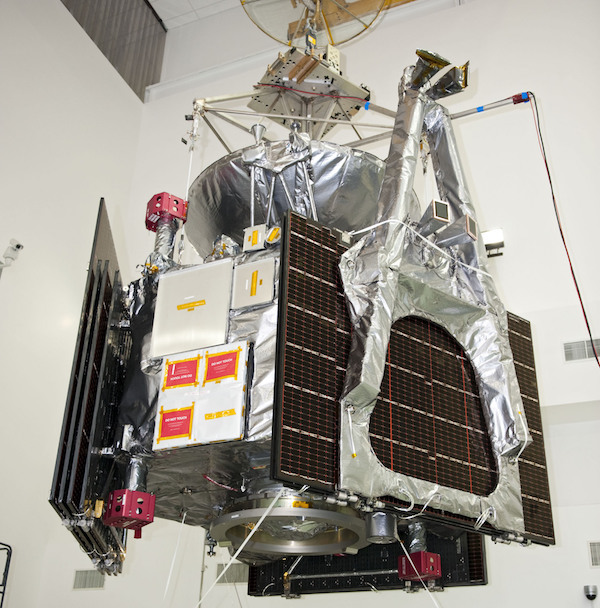 A persistent zone of high pressure, the Great Red Spot produces an anticyclonic storm on 22° south of the equator. Here, the wind speeds are greater than any storm on Earth. The region has been continuously observed for 187 years. According to Juno’s data, the spot is 1.3 times as wide as Earth, measuring 16,000 km. 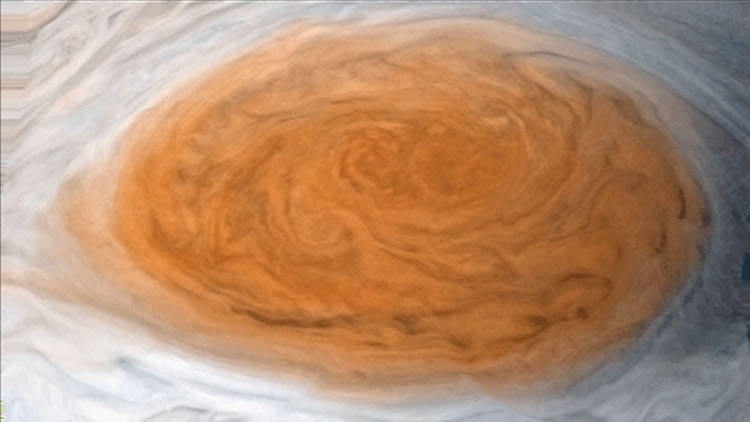 As the spacecraft swooped nearly 9,000 km above the giant storm, the microwave radiometer peered through the deep layers of cloud, recording the temperature of the atmosphere down hundreds of kms.

Juno found that the roots of Great Red Spot go 50 to 100 times deeper than oceans on the Earth. Also, they are quite warmer at the base than at the top, which explains the extreme winds we see at the top of the atmosphere.

It appears that the Great Red Spot is gradually decreasing in size. In the 19th century, it was nearly twice as wide as Earth, measured by NASA’s Voyager 1 and 2, in 1979, on their way to Saturn and beyond. According to the current measurements by Earth-based telescopes, the height of the oval is decreased by 1/8 and width by 1/3 since Voyager times.

Jupiter has a radiation zone, just above the giant gas atmosphere, near the equator. It comprises energetic hydrogen, sulfur ions and oxygen moving at very fast speed.

This new zone was detected by the Jupiter Energetic Particle Detector Instrument (JEDI). The instrument is specially designed to gather data on energy, spectra, mass species and angular distribution of charged particles. 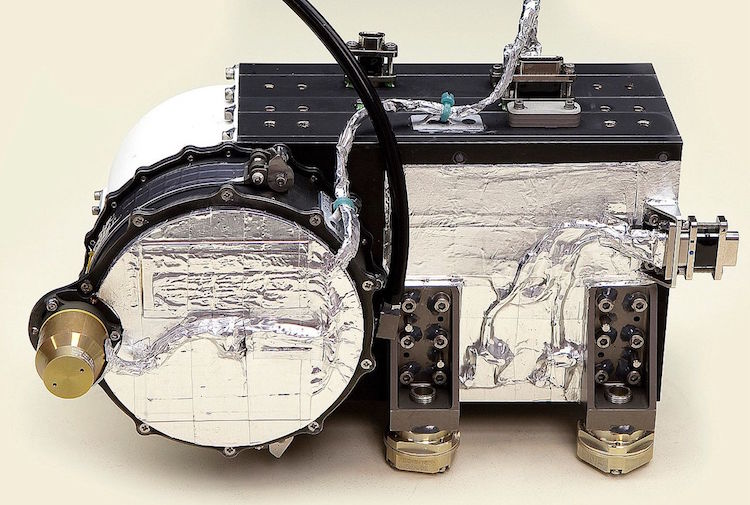 It has 3 identical detectors that use micro-channel plates and foil layers to detect energy, angle and forms of iron within a certain range. It is capable of detecting electrons between 40 and 400 Kilo electron-volts, and oxygen and hydrogen from a few ten to less than 1000 Kilo electron-volts.

What Else Juno Discovered?

During the high-latitude encounters with the electron radiation belt, Juno found signatures of a high-energy heavy ion population. This is a region where a large number of electrons move close to the speed of light.

In pictures gathered by radiation monitoring investigation, Stellar Reference Unit star camera identified the signatures of this population as intensively high-noise signatures. However, the exact species and the origin of these particles is still unclear.

In July 2018, Juno will complete fourteenth science passes over the Jupiter (end of the primary mission). Future work will depend on mission extension possibilities after review. In July 2021, the spacecraft will be disposed in the form of a controlled deorbit into Jupiter. 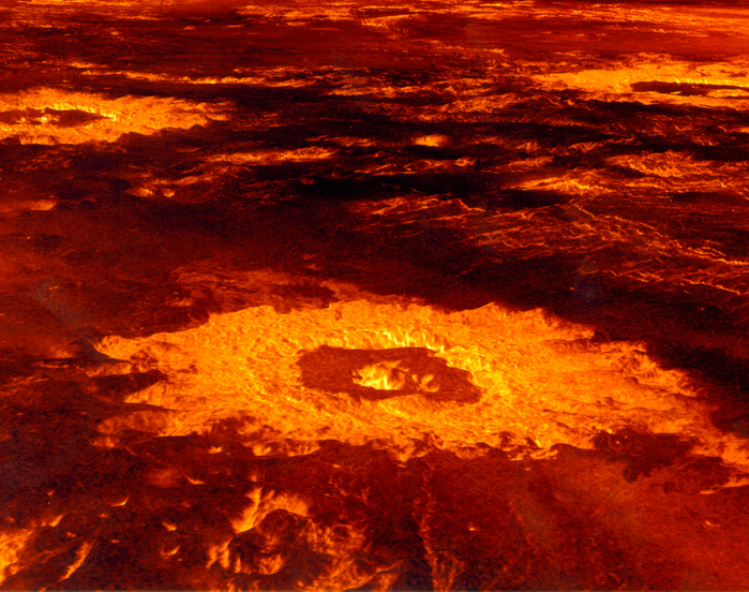 20 Interesting and Weird Facts About Venus