Before the arrival of powerful teleseismometers and seismometers, the intensity of earthquakes was measured by observing their visible effects on the Earth’s surface. It is only in the last century or so that the strength or magnitude of eruptions are categorically recorded.

According to USGS (United States Geological Survey), about 18 earthquakes of magnitude 7.0-7.9 and one earthquake of magnitude 8 or greater occurs every year on average since 1900. There is a notable increase in the total number of powerful earthquakes in recent years, which usually indicates an increase in tectonic activity.

More than 80% of the world’s largest earthquakes occur along the 40,000-kilometre-long zone called Ring of Fire, where the collision of lithospheric plates takes place. Based on their magnitude level, we have listed the 12 largest earthquakes that have occurred since the turn of the century.

On 7 September 2017, a violent earthquake occurred in the Gulf of Tehuantepec less than 90 km southwest of Pijijiapan town in Chiapas. It was the second most powerful earthquake in Mexico after the 1787 New Spain Earthquake (magnitude 8.6).

The state of Oaxaca was affected the most, where a total of 81 people died, while the city of Juchitan was reduced to rubble. The quake was strongly felt in Mexico City, but only limited damage was done. Since the Mexican capital is situated over a drained lakebed, any large earthquake near the region could wreck the entire city.

According to a researcher at the National Autonomous University of Mexico, the earthquake and subsequent aftershocks may have been able to release the mounting pressure in the region and it could make reoccurrences in the near future less probable.

The Tokachi-Oki or Hokkaido earthquake struck the Japanese island of Hokkaido on 26 September 2003. It originated off the coast of Hokkaido about 27 km below the earth’s surface.

The monetary losses caused by the earthquake was reported to be at least US$1.9 billion or ¥213 billion, though structural damage in Hokkaido was relatively low (due to Japan’s disciplined earthquake engineering and somewhat distant epicenter). It was one of the largest earthquakes Japan has endured since the early 1900s.

Earthquakes of such magnitude are called megathrust earthquakes; that are triggered by events in subduction zones.

On 15 November 2015, Kuril Island (located south of Russia’s Kamchatka peninsula) was hit by a magnitude 8.3 earthquake. It was soon followed by a relatively small tsunami, which affected coastal areas of Northern Japan and California’s Crescent City.

Despite its extreme depth, the earthquake tremors were felt more than 7,000 km away in Moscow and Atyrau, Kazakhstan. According to researchers, the energy released by the 2013 Okhotsk Sea earthquake was equivalent to that of a 35 megaton TNT explosion. No casualties were reported. 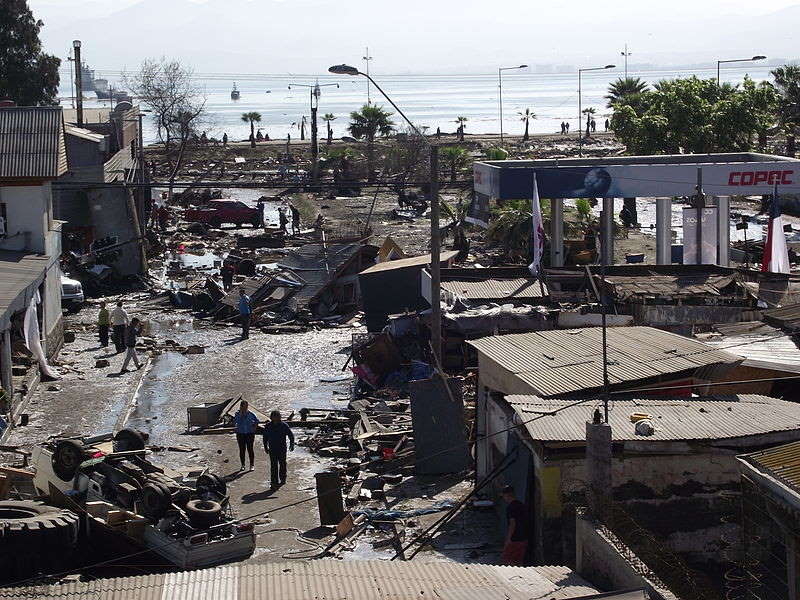 The aftermath of the 2015 earthquake and tsunami near the coast of Coquimbo | Image Courtesy: Wikimedia Commons

A powerful earthquake of magnitude 8.3 hit the Chilean city of Illapel on September 16, 2015. The initial tremor lasted for almost five minutes and was followed by a series of aftershocks, a few of them reaching magnitude 7.0.

The earthquake created a level of fear and panic among Illapel residents, as the entire city was left without electricity and potable water for days. Only 13 people were reported dead. It was the second-largest earthquake in the country in the 21st century.

What Caused It? It is common knowledge that large earthquakes occurs frequently along the plate boundaries, such as subduction zones or transform faults. 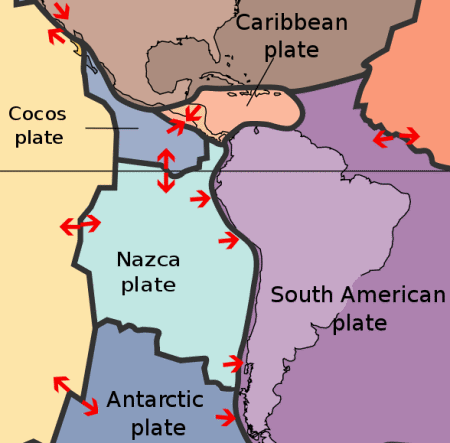 Chile and almost the entire Pacific coast of South America, for that case, experience large earthquakes as a result of subducting Nazca Plate beneath the South American plate(s). About 15 other magnitude-7 earthquakes have occurred close to this region.

The 2001 Peru earthquake, which occurred in the southwestern region of the country on June 23rd, was the largest earthquake on earth since the 1965 Rat Island earthquake in Alaska.

The quake and subsequent tsunami killed at least 100 people and damaged nearly 40,000 houses in some of the largest cities in Peru including Arequipa, and Tacna. It also affected several regions of northern Chile and Bolivia.

Much of western Indonesia including the islands of Sumatra and Java are located close to the Sunda megathrust, a fault where the Indo-Australian plate is being subducted by the overriding Burma plate.

Any tectonic activity along this plate boundary causes high-intensity earthquakes. However, when the megathrust itself ruptures, it triggers great earthquakes. The seismic events of 1833, 1861, and 2004 are perfect examples of such ruptures in the past.

A similar event occurred in September 2007, when a series of earthquakes hit Sumatra. The most powerful of the bunch was recorded at magnitude 8.4. 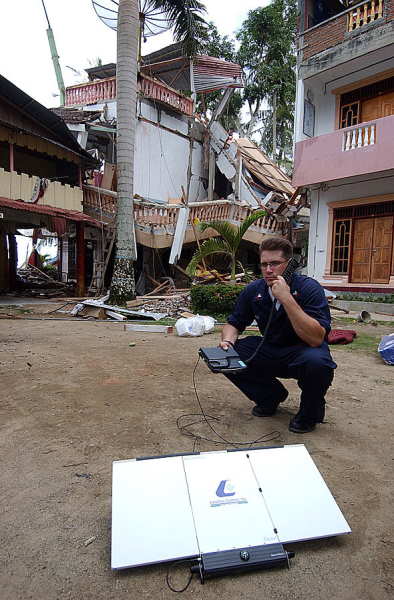 Only a few months after the cataclysmic December 2004 event, another devastating earthquake occurred on the Indonesian island of Nias (situated off the west coast of Northern Sumatra). The earthquake hit Nias on 28 March 2005 and is believed to be caused by seismic stress transfer related to the earlier disaster.

The earthquake was felt in Thailand and Malaysia, as well as Sri Lanka, Maldives, and India. Soon after the main tremor, a massive and more destructive tsunami was expected to follow. The actual tsunami was however small and only caused moderate damage to the neighboring island of Simeulue.

On 11 April 2012, a magnitude 8.6 earthquake occurred near the northwestern tip of Indonesia. Its focus was about 20 km below the earth’s surface. The earthquake was caused by a strike-slip motion, which usually is the reason behind most small-scale earthquakes. It is unusual for such earthquakes to be of high magnitude.

The effects of the earthquake were felt in almost every country in the south, southeast Asia including Thailand, Malaysia, Cambodia, Singapore, India, and the Maldives. 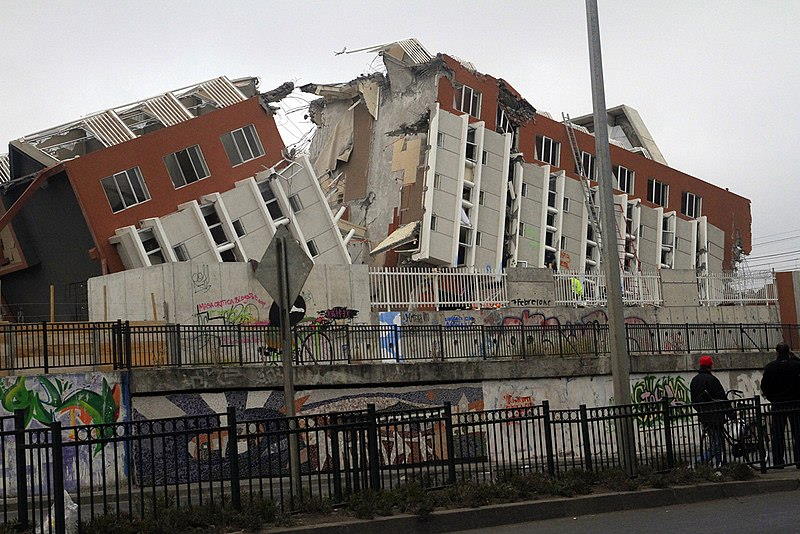 A collapsed building in Concepción, Chile

On 27 February 2010, a massive 8.8 magnitude earthquake hit Chile’s most densely populated region between Concepción and Santiago. According to Chile’s Seismological Service, its epicenter was a few kilometers off the coast of the Biobio region.

According to GPS measurements, the earthquake displaced the city of Concepción slightly more than 3 meters and Santiago by 24 centimeters to the west. It was the largest earthquake in Chile since the 1960 Valdivia earthquake (magnitude 9.5).

The earthquake triggered a tsunami that devastated several coastal towns in south-central Chile and damaged the port at Talcahuano.

Tohoku earthquake, or the Great Tohoku earthquake, remains the largest recorded earthquake in Japan. The earthquake reported a great number of foreshocks and aftershocks, most prominent being of magnitude 7.9 that took place just a couple of hours after the main event.

It not just affected Japan but had a global impact. According to NASA researchers, the event tilted the Earth’s axis by a small fraction (10 cm-25 cm) and increased its (earth’s) rotational speed slightly.

The earthquake triggered a tsunami, which was far more destructive than the initial disaster as they both nearly destroyed entire north-eastern Japan. It led to the infamous Fukushima Daiichi nuclear disaster. 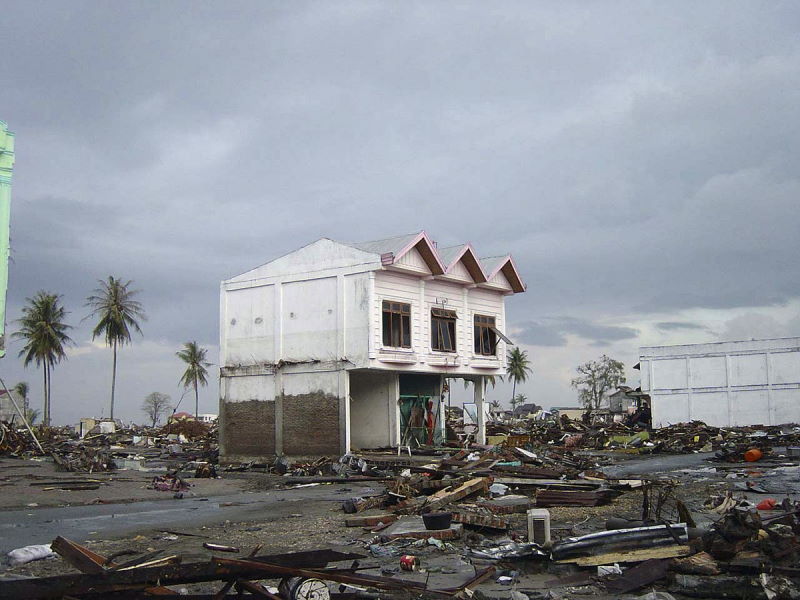 Perhaps the largest, most devastating earthquake in the 21st century to date took place near the west coast of northern Sumatra, Indonesia on 26 December 2004. It happens to be the world’s third-largest earthquake to date as well.

Several powerful aftershocks, few even reaching magnitude 6.6, were felt in the region three to four months after the catastrophic event.

The earthquake was immediately succeeded by a tsunami, the effects of which were felt as far as South Africa and Antarctica. The entire event (both earthquake and tsunami) affected fifteen countries. Indonesia suffered the highest casualty, where 130,000-167,540 people died.

The earthquake was a result of a massive rupture in the subduction zone. 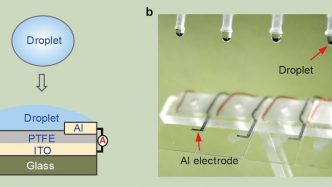 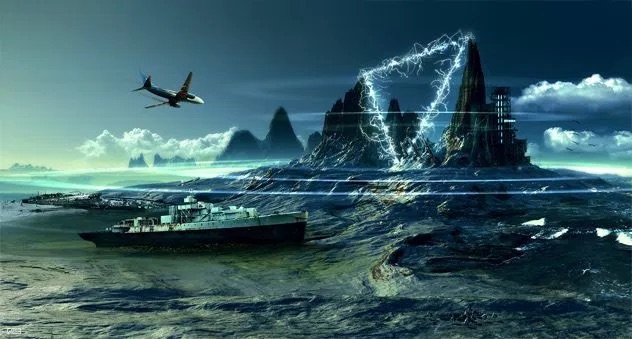 12 Fascinating Facts About The Bermuda Triangle