A supercluster is among the largest known structures of the cosmos: it’s a set of smaller groups of galaxies. For instance, the Laniakea Supercluster contains several groups of galaxies, one of them is a Local Group (with over 54 galaxies) containing our Milky Way galaxy.

Recently, an international team of researchers found a colossal structure in the early Universe using ESO’s Very Large Telescope. They have nicknamed this gigantic supercluster Hyperion. It formed about 2.3 billion years after the Big Bang.

The Complex Structure of Hyperion

The mass of the supercluster is calculated to be more than one quadrillion (1015) times that of the Sun. This is the first time astronomers have identified such an enormous structure at such a high redshift. Usually, these types of structures are found at lower redshifts, meaning they have had much more time to expand into the Universe.

Hyperion is located in the constellation of Sextans. It is detected by investigating a large volume of complex data extracted from the Visible Multi-Object Spectrograph Ultra-deep Survey, an instrument of Very Large Telescope. The Survey helped researchers generate a detailed map of more than 10,000 galaxies distributed over the distant Universe.

The structure of Hyperion is quite complex: it consists of seven high-density areas linked by filaments of galaxies. The individual high-density regions have been assigned mythological names like Helios, Selene, Eos, and Theia. 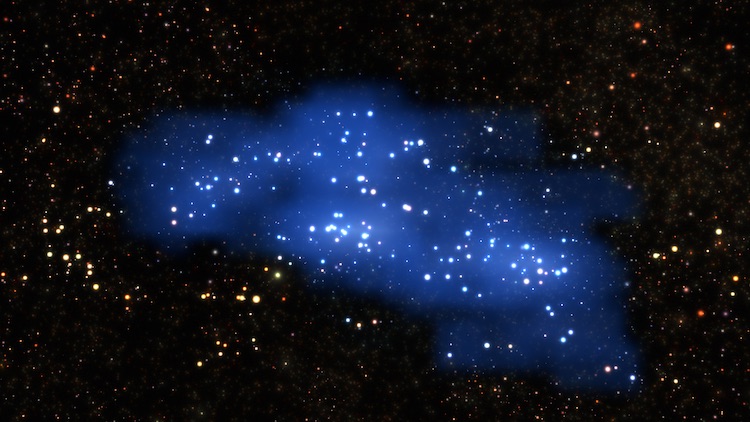 The mass of the supercluster is scattered uniformly (much more uniformly than superclusters closers to Earth) in a sequence of linked blobs, populated by loose associations of galaxies.

Its nearby superclusters are much older, thus they have had much more time for gravity to accelerate objects into denser areas. In the younger Hyperion, this process has been going on for far less time. In the future (after billions of years), it will be evolved into structures similar to Virgo Superclusters or superclusters that make up the Sloan Great Wall.

Studying Hyperion and comparing it with other similar structures could help scientists understand how the Universe expanded in its early phase and how it will change in the future. Moreover, the study can provide insights into the history of massive-scale structures, including their formation process. 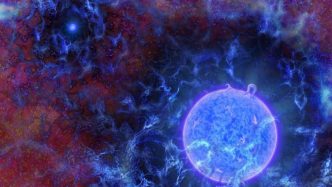