8 Best Linux Distributions for Gaming in 2022

There was a time when you had to go with Microsoft Windows if you wanted to play games. But, as always, times have changed. Linux, the free and open-source operating system, is more popular today than it has ever been. Sure, it still has a long way to go before it hopes to replace Microsoft Windows or Apple’s macOS as the top operating system. Still, more and more people are beginning to recognize the power and usefulness of Linux every day, even for gaming.

These distributions come with everything you need for gaming, so you don’t have to spend hours setting up your system just to play your favorite game. Let’s look at the eight best Linux distributions for gaming and decide which one will be right for you and your gaming needs. 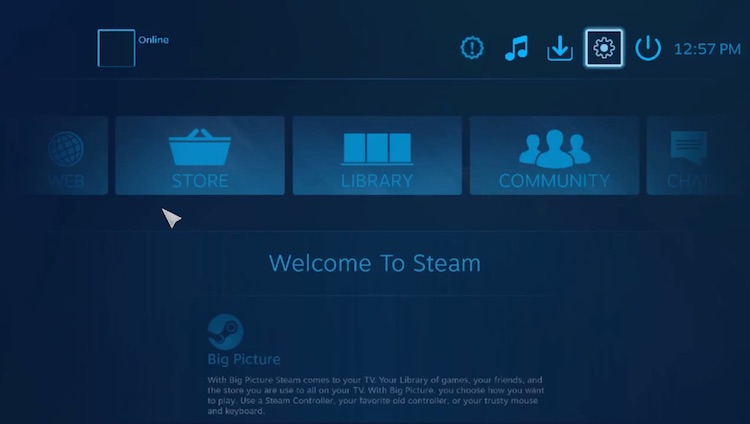 Originally designed for the Steam Machine, Valve has also made the Linux-based operating system available for download as well, but with limited support. Out of the box, you will find drivers ready to go to support a huge variety of video cards and controllers/joysticks.

Combine that with its smooth integration with the Steam Store and Steam games built for Linux, and you have a Linux operating system that is perfect for gaming. However, the setup can be difficult for anyone that has never used Linux before, and the hardware requirements are somewhat higher compared to other Linux distributions.

It also uses many different proprietary drivers, which may annoy some open source purists. But, if you can get through the initial setup process, you will be hard-pressed to find a better Linux distribution designed for gaming.

If you are a fan of Steam and want to play your favorite games, this is by far the best option. Just make sure your machine meets the admittedly high system requirements. 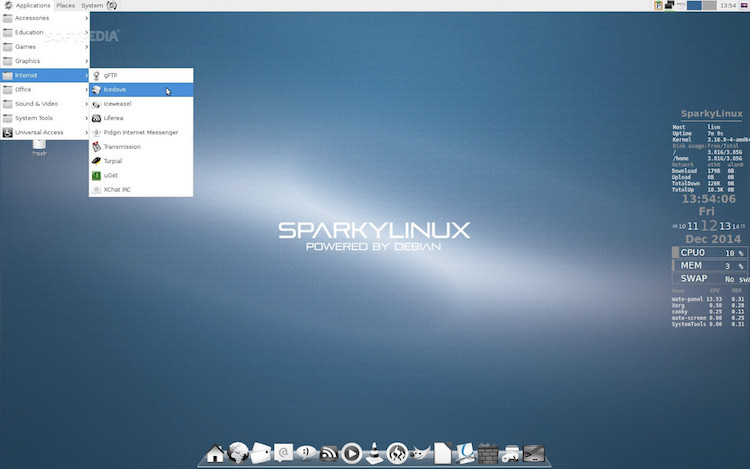 Sparky Linux Gameover Edition may not be as well known as some distros of Linux, but in terms of gaming features, it’s hard to beat. This Linux distribution comes with tools that support multiple types of emulation so you can play all sorts of games right after you complete your install.

If you are a Steam user, you will quickly find easy support for your favorite Steam games, much like Steam OS. It even includes Wine and PlayOnLinux so you can install and run your favorite Windows games. It even provides a utility to help you find the best drivers for your hardware, so you get the best performance out of your Linux gaming machine.

But, Sparky Linux isn’t for everyone. It uses the OpenBox graphical interface, which, while powerful, isn’t quite as polished and pretty as some of the other graphical interfaces out there. Of course, you can choose to use something different, but that will require a little Linux know how to get it done.

Support is also somewhat limited. Yes, you can find help on their official forums, and the developers are pretty responsive, but because this distro isn’t as popular, the community of support is simply smaller. That means you could be left to figure things out for yourself.

If you want a system that supports a wide assortment of Linux games right out of the box and don’t mind that the interface isn’t quite as pretty as other options, then this is the best distribution for you.

While Ubuntu may not be the king of Linux distributions today, I believe it’s hard to argue that it’s not the most recognized distro in the world. Ubuntu GamePack is not Ubuntu, but an independent distribution that is based on Ubuntu. As such, if you have ever used Ubuntu, and if you’ve ever tried Linux, I bet you have, Ubuntu GamePack will feel very familiar.

It comes with Steam, Lutris, Wine, and PlayOnLinux installed from the get-go, so it will support thousands of games across a multitude of platforms. Add to that the great hardware support for video cards, controllers, and more, and you have a Linux distro that is perfect for any gamer out there.

Of course, it’s not perfect. Because it’s based on Ubuntu, you will have many of the same annoyances that such as ads for services and Amazon integration built-in that caused many to flee from the distribution in the first place.

Ubuntu is also known for being a little more resource heavy compared to other distributions. While Ubuntu GamePack has optimized it to be more efficient, it’s a safe bet that it will still take a little more power for this distro to perform at its very best.

Ubuntu is one of the most popular distributions out there and is one of the easiest to use, making the GamePack version perfect for anyone new to Linux. But, the Unity interface and the sheer number of features make this one much more resource heavy compared to other entries on this list. 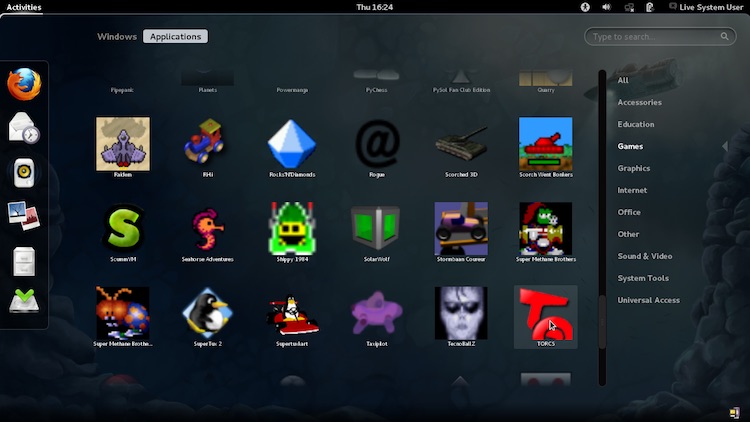 Fedora is another popular distribution and one of the longest-lasting as one of the testbeds for the commercial Linux Distribution, Red Hat Linux. Fedora has a history of being bleeding edge when it comes to its technology, and as such, sometimes you may run into bugs that you won’t see on other distributions.

For its Games Spin edition, Fedora has chosen to use the Xfce desktop, which is much lighter weight compared to Gnome 3. However, the underlying technology is still Fedora, making it one of the most powerful and advanced operating systems on this list.

One of the nicest features of this distribution is the sheer number of games it comes with by default. There are thousands of games available to you, and while it still only scratches the surface of what’s out there for Linux, you will have more than enough to get you started.

Unfortunately, it doesn’t come with drivers for the latest hardware or support for Steam, Wine, and PlayOnLinux out of the box, so you will have to add this software after the installation.

Fedora Games Spin is a rock-solid operating system built on tried and true technology and includes a graphical interface that is lighter and faster than the default GUI included in most versions of Fedora. But if you are looking for Steam games or Windows games, it will require a little more work to get it ready. 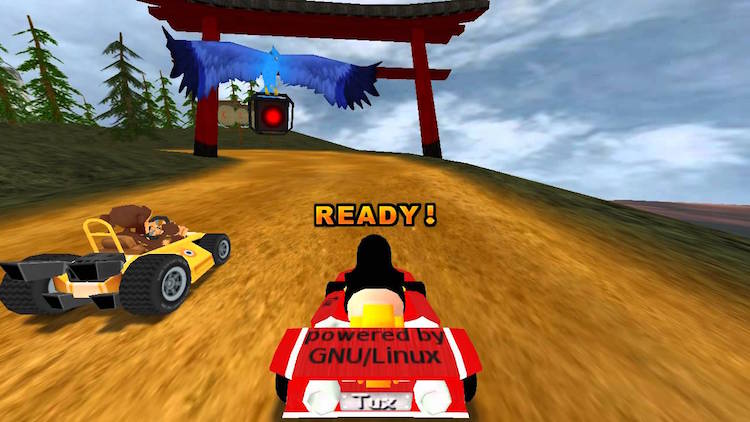 Game Drift Linux is one of the most comprehensive Linux distribution for gaming that I have seen. It comes with everything you need to start gaming. It even includes its very own Games Store featuring only high-quality games that all can be installed with just one click.

The distribution is based on Ubuntu, so community support is very high, and the operating itself is very stable. It also includes support for over 1,200 Windows games with CrossOver technology, but this software must be purchased in order to use it after you have completed the installation of the distribution.

While this distribution has been optimized for gamers, and everything just works, it is based on Ubuntu, so the hardware requirements are higher than some distributions. But it does run Mate as it’s a graphical interface, so it will be more efficient compared to Unity or Gnome 3.

Game Drift Linux is one of the most complete and feature-rich distributions out there and can provide you with an easy to use, complete user experience with its one-click installations and huge support for Windows games.

Game Drift Linux is built upon the ever stable Ubuntu and includes all the software and technology you need for a complete gaming experience, but for the best experience, you will have to spend a little money for CrossOver, which often goes against everything Linux represents. 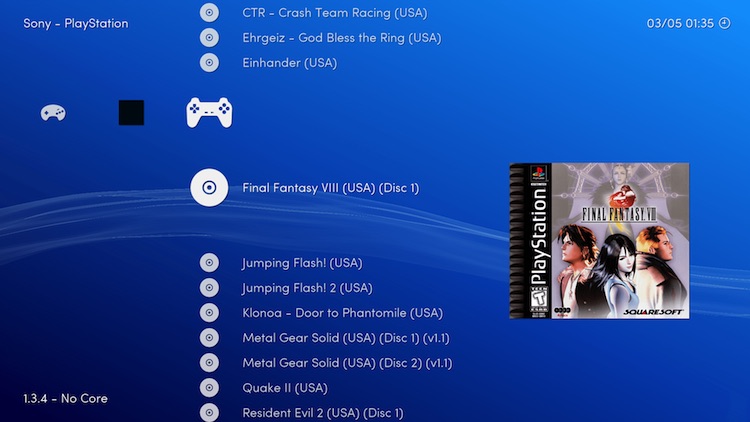 Next on our list comes the definitive Linux distribution for retro gamers. If you love playing classic games on older platforms such as Atari, NES, Sega Genesis, and more, and you have an extra machine sitting around collecting dust, then Lakka is perfect for you.

With a wide range of emulators built into the system and the ability to install on a variety of hardware, including x86 PCs, the Raspberry Pi, and more, Lakka is a highly flexible distribution designed for classic gaming at its best. The UI is clean and clear, and the underlying systems are actually based on Kodi, formerly known as XBMC, so the interface is polished and runs perfectly for any gamer who loves playing the classics.

If you are a retro gamer and want to create a console-like experience while having all your emulators and games in one place, then Lakka is the distro for you. If you need your machine to double as a full computer or you want to run more modern games as well, you should look elsewhere. 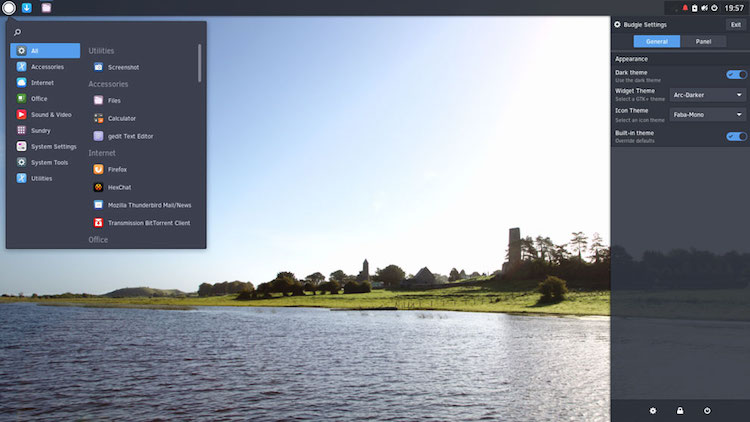 Solus comes with the Budgie desktop, which is a relatively new and unique desktop environment on Linux. Its look is amazing, and it comes with many modern operating system features such as a notification center that many of us have come to expect from an operating system in 2018.

Solus is the perfect Linux distribution for anyone who is tired of the big players in the Linux world and wants to try an operating system that is feature-rich and fully functional for both gaming and regular usage. 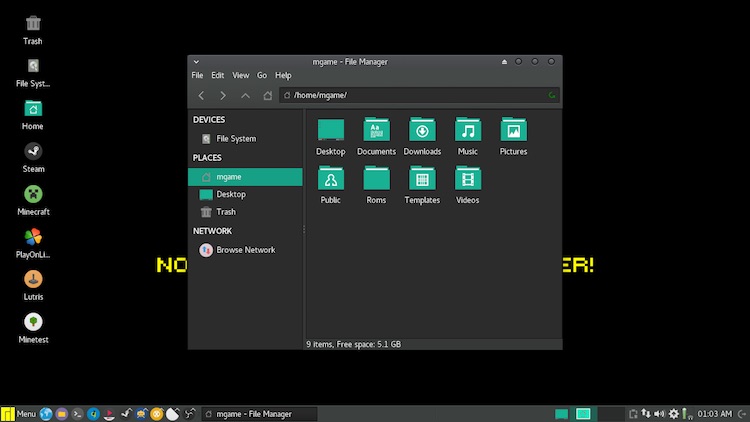 Another great Linux distribution for retro gamers, Manjaro Gaming Edition, gives users a lot more than Lakka. Featuring a full desktop powered by the lightweight yet feature-rich Xfce desktop, users will be able to use this retro powerhouse as a full desktop, and all the software you will need for daily computing are readily available.

But there is more to Manjaro than just retro gaming. It includes support for Steam, though it isn’t installed out of the box. However, pretty much everything else you will need is there. This includes software features such as PlayOnLinux, Wine, and much more.

If you want an OS that does things a little differently but comes with everything you need for both work and play, Manjaro Gaming Edition is tough to beat.

There has never been a better time for gaming on Linux. Today there are so many great games for the platform that you will never run out of something to play. Combine that with all the emulators available that will allow you to run the best PC games, classic games for old consoles, and more, and it becomes pretty clear that gaming on Linux is a great option for gamers.

Read: 15 Useful and Lightweight Linux Distros For Your Old System

These distributions represent some of the best Linux distributions for gaming on Linux. All of these distros come with everything you need to get started on your Linux gaming journey and bring with them all the technology and features to play games from almost anywhere. Whether you are gaming on a laptop or a desktop, one of these Linux distributions will be perfect for you so you can enjoy almost every type of game you can imagine on a free and open-source platform that is rock solid and stable. 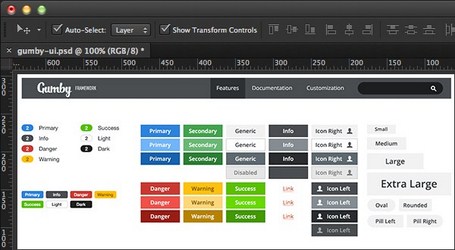 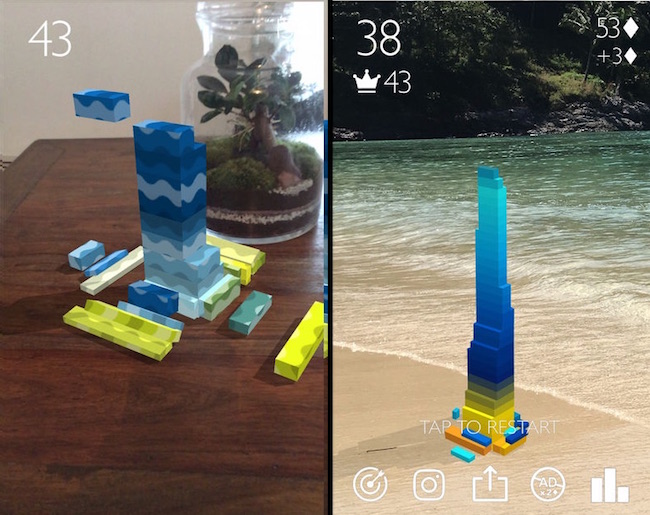