The entire computer industry is currently based on silicon transistors – the most important part of a microprocessor that switches between 0 and 1 bits to perform computations.

The metal-oxide-silicon field-effect transistors (MOSFETs) revolutionized the field of electronics. Between 1960 and 2018, about 13 sextillion MOSFETs were manufactured.

As predicted by Gordon Moore, co-founder of Intel, the number of transistor per square unit on integrated circuits has doubled every year since the last 6 decades. However, many experts, including Moore himself, believe that this prediction will hold true until 2020-2025.

In the near future, it will become impossible to further shrink the size of silicon transistors and that’s why scientists are working on alternatives that can keep up with increasingly complex computations demand.

First of all, we need to know what are carbon nanotubes? They are sort of a rolled-up version of graphene, which can exhibit exceptional electrical conductivity, thermal conductivity, and tensile strength because of their tiny structure and strength of the bonds between carbon atoms.

Carbon nanotubes are capable of holding binary states that make up modern computing. They are prominent among various nanotechnologies that are being considered for next-generation energy-efficient electronic systems, including greener and faster alternatives to conventional silicon transistors.

Scientists have been trying to build CNFET (short for carbon nanotube field-effect transistors) for years because they could be 10 times more energy-efficient than today’s silicon-based microprocessors. However, their fabrication process remains impractical: the transistors come with various defects when manufactured at scale.

In this study, researchers discovered new methods to significantly reduce defects and enable full control in manufacturing CNFETs, using existing fabrication processes. They were able to build a 16-bit microprocessor consisting of over 14,000 carbon nanotubes.

It operates as modern microprocessors do today. Researchers demonstrated its functionality by running all formats and types of instruction in the RISC-V instruction-set architecture.

How They Made Chip Out of Carbon Nanotube?

Usually, carbon assembles itself into different forms. Under high pressure, for instance, carbon arranges itself into a diamond. In the same way, carbon nanotubes are made by mixing graphite, helium gas, and certain catalysts under intensively high pressure and temperature.

What comes out of this is not necessarily pure nanotube. Sometimes carbon nanotubes can act like metals whose conductance can’t be switched off. In order to make chips, these nanotubes must be only semiconductors.

According to the researchers, it is almost impossible to get 100% of carbon nanotubes to be semiconducting, although you can get that percentage to 99.99%.

The team used a special solution to separate metallic nanotubes from semiconductors ones and then applied a polymer to remove further imperfections. Now, nanotubes were ready to be assembled into chips. 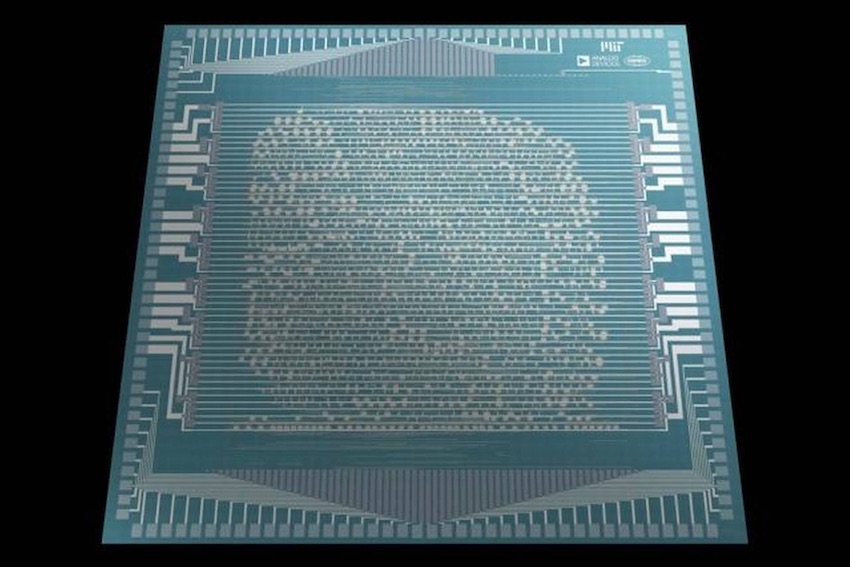 16-bit Microprocessor Made Of CNFETs

They placed these nanotubes on a substrate and integrated them together to create a fully functioning chip. They successfully developed a 16-bit chip with over 14,000 transistors. It is the most complex microprocessor to date. The previous one had only 178 transistors.

14,000 is still a small number: modern processors include billions of transistors, so CNFETs still have a long way to go. The findings validate a promising path towards greener, more efficient electronic systems.

Carbon nanotubes do have advantages over silicon due to their unique properties and compact size. They can also be pushed into superconducting states at extremely low temperatures, which would eventually make them far more energy-efficient than silicon.

In addition to computing components, these nanotubes can be integrated into lithium-ion batteries (to increase storage capacity) and biomedical devices, and solar cells.