The journey of the entire Pokemon franchise started in 1996 with the release of Pokemon Red and Green (Generation I). The game introduced a total of 151 Pokemon. Subsequent generations bought more new Pokemon species into the fray.

As it stands, the Pokemon universe has more than 800 different Pokemon with different abilities and weaknesses. Ranking them in a brief list is a tough challenge.

Legendary Pokemon(s), as we all know, are considered as the strongest in this fantasy universe. Rare abilities and superior stats make them almost indestructible. However, it is also true that not all legendary type Pokemon are created the same. The same can be said about their Mega forms.

Based on their stats, we have compiled a list of strongest Pokemon that appear in this franchise. 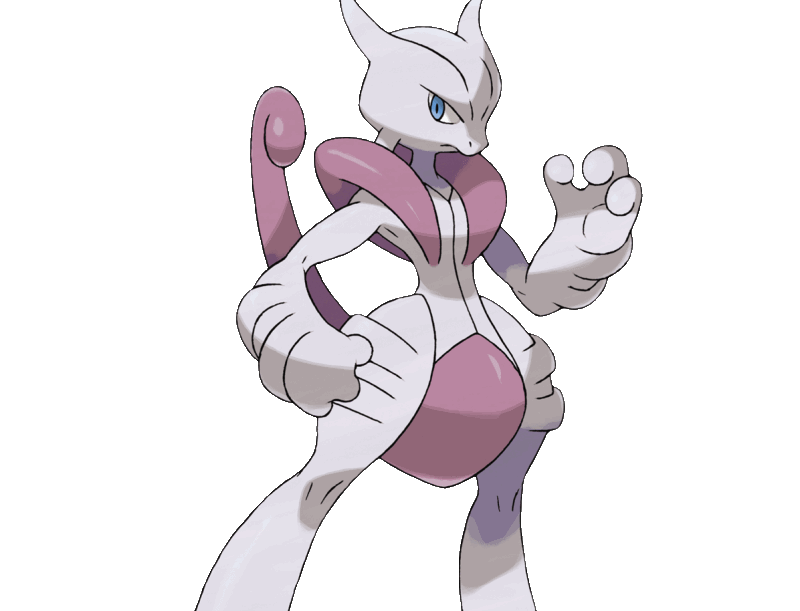 Mewtwo is a result of a genetic experiment performed on Mew, a psychic Pokemon. Even though a clone, Mewtwo’s powers far exceeds that of Mew or almost any other Pokemon in existence.

With the use of telekinesis, Mewtwo can physically overpower its opponents and has the ability to miraculously recover from even the most lethal injuries.

It is one of the few Pokemon that can utilize the Mega Evolution mechanic with which it can either become Mega Mewtwo X or Mega Mewtwo Y. However, both have varying capabilities. Mega Mewtwo X is much fiercer and can acquire fighting and steadfast abilities. 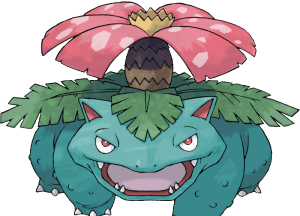 Venusaur is the final form of Bulbasaur and can Mega Evolve with the help of Venusaurite. The flower on its back releases a nerves calming agent that attracts other Pokemon.

Mega Venusaur has the ability to manipulate its surrounding environment. It has the highest base stats of any poison type Pokemon (except for Eternatus). Although it’s known to inhabit grasslands, the Pokemon is very rarely encountered. 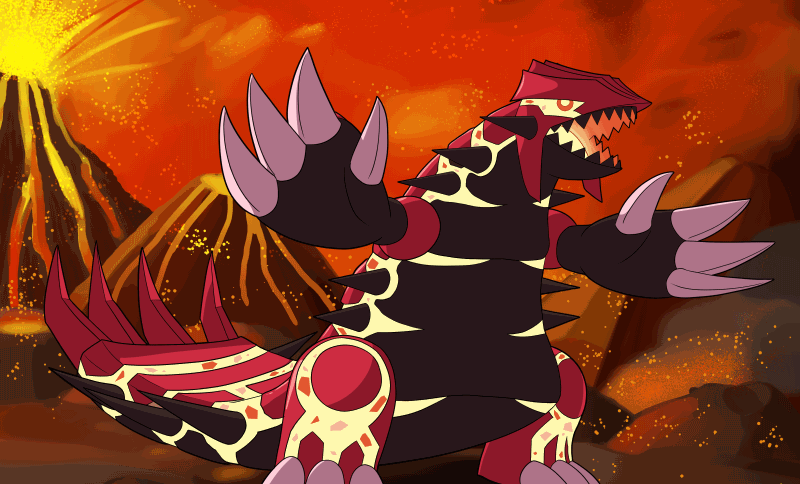 Primal Groudon, without a doubt, is the most powerful ground-type as well as fire Pokemon in existence. Its powers are so immense that only a few can withstand. Through volcanic eruption, Groudon can expand the world’s landmass and it’s the only Pokemon that can perform Precipice Blades move.

According to the legend, Groudon fought many continuous battles against Kyogre before going to sleep in underground magma chambers. With the help of Red Orb, Groudon can evolve into Primal Groudon (through Primal Reversion) and take its true form. The Pokemon first appeared in Ruby & Sapphire (generation III).

The amount of energy that’s stored inside Primal Groudon makes its body shimmer with heat haze. In the anime, the Pokemon is known to create a new piece of land with every step. 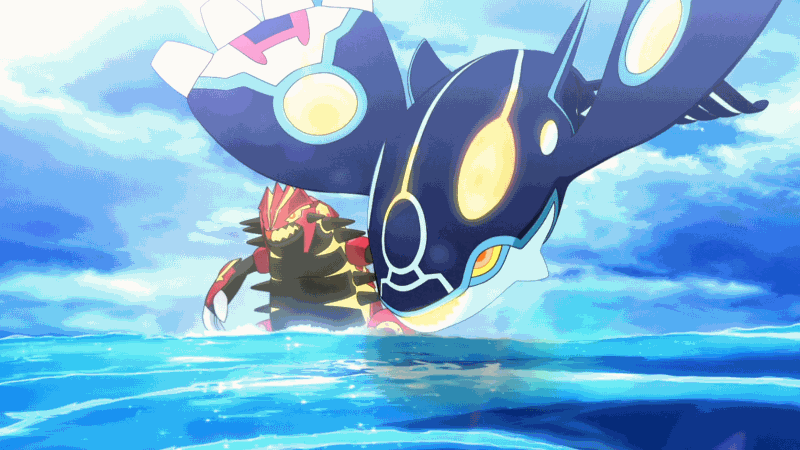 Like its counterpart and eternal enemy, Kyogre holds immense powers. It can expand the seas and control water as well as rain. After cataclysmic battles with Groudon, Kyogre takes rest in deep ocean trenches. It can transform into Primal Kyogre through Primal Reversion.

Kyogre first appeared in the episode Gaining Groudon of the main series. In the episode, Team Magma tries to trade their Kyogre with Team Aqua’s Groudon. The fight between Kyogre and Groudon place in the following episode. 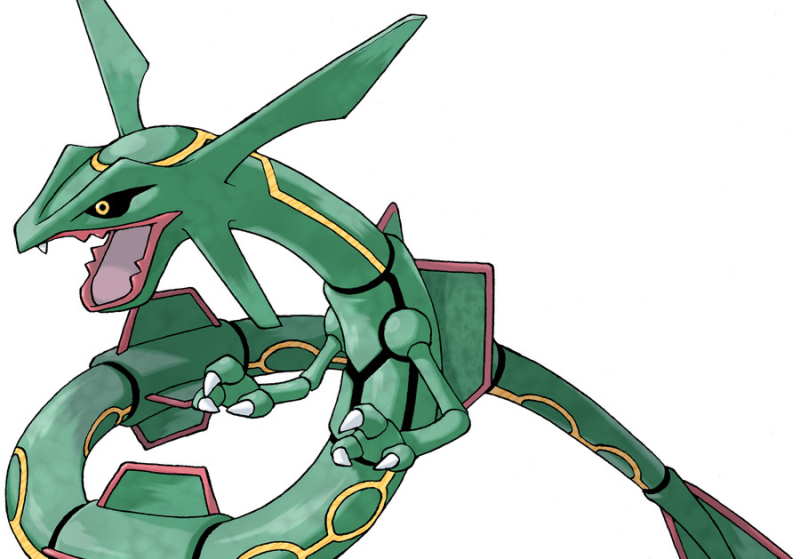 Rayquaza is a huge, serpent-like creature that is believed to have lived for thousands and millions of years. The Pokemon spends most of its life wandering high above in the sky and is rarely seen by anyone on the surface.

Rayquaza is the only Pokemon that doesn’t require a Mega stone to (Mega) evolve instead it needs to learn the move Dragon Ascent. It is part of the weather trio that includes Groudon and Kyogre.

The mighty Pokemon descends to the earth’s surface whenever a fight broke out between Groudon and Kyogre. It acts as a mediator between the two and can contain them even in their Primal form. 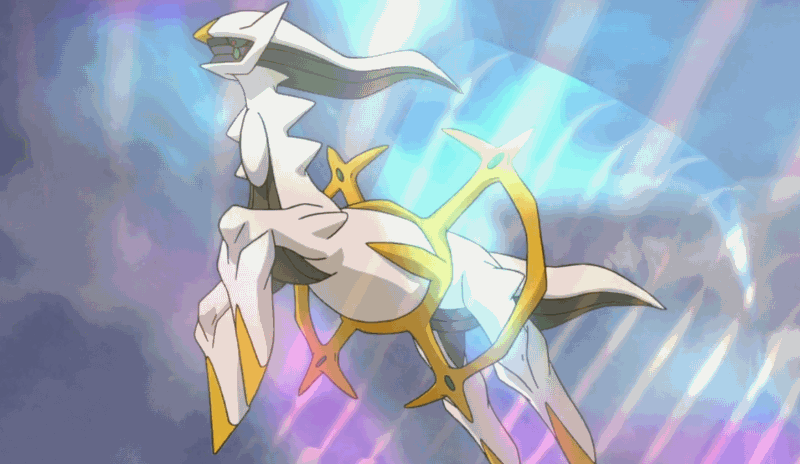 Arceus is the creator of the lake guardians, the creation trio (two of the legendary trio) and possibly the Pokemon universe itself. It is considered as the oldest and most powerful of all known Pokemon.

The mythical Pokemon has the power to make things disappear out of thin air and revive the ones who it once annihilated. There is only a handful of Pokemon that comes close to its base stats.

Arceus is known to hold long grudges against those who betray it, as in the case of Michina Town in anime episode of Arceus and the Jewel of Life. On the other hand, it shows compassion to those who remain loyal to it and treat it with kindness. 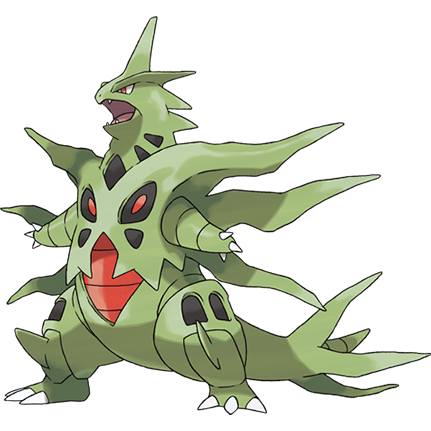 Tyranitar is one of the nine known pseudo-legendary Pokemon (a Pokemon having a three-stage evolution chain with higher than average base stats). It is capable of bringing down a whole mountain and summon earthquakes so devastating that can alter the landscape.

Due to its arrogant nature, a Tyranitar will never back down from a fight and when enraged it may even ignore its trainer. Tyranitar’s thick armor shields it from almost every kind of attack. In its Mega Form, the Pokemon becomes even more destructive. It is a force to reckoned with. 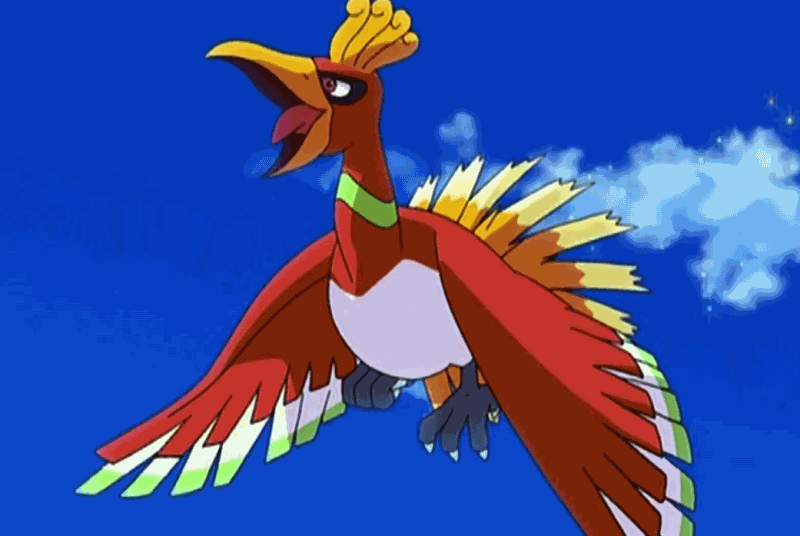 It has the power to revive the dead. According to the legend, the mythical Pokemon once lived in the Tin Tower. When the tower was burned down, Ho-Oh revived a Suicune, Raikou, and Entei and left. These three are named legendary beasts. 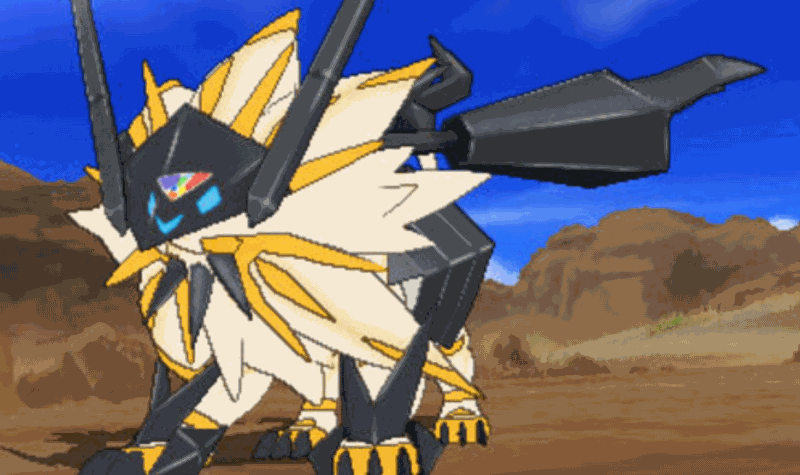 In its Dusk Mane form, Necrozma constantly absorbs the light of Solgaleo. Once it has enough energy, the Pokemon goes through the Ultra Burst process and becomes Ultra Necrozma.

A Dusk Mane Necrozma can learn the signature move of Solgaleo (Sunsteel Strike). Its other signature moves include Prismatic Laser and Photon Geyser. 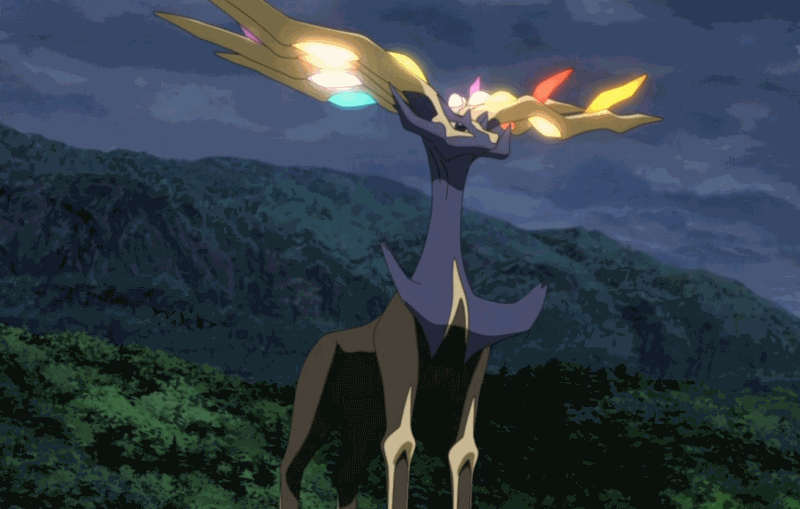 Xerneas, also known as the “life Pokemon”, is believed to share eternal life. After a brief period of time alive, the Pokemon turn into a tree and sleeps for about one thousand years. The base stats of Xerneas is higher than any other pure Fairy-type Pokemon. Its signature ability increases the effectiveness of all fairy type attacks. 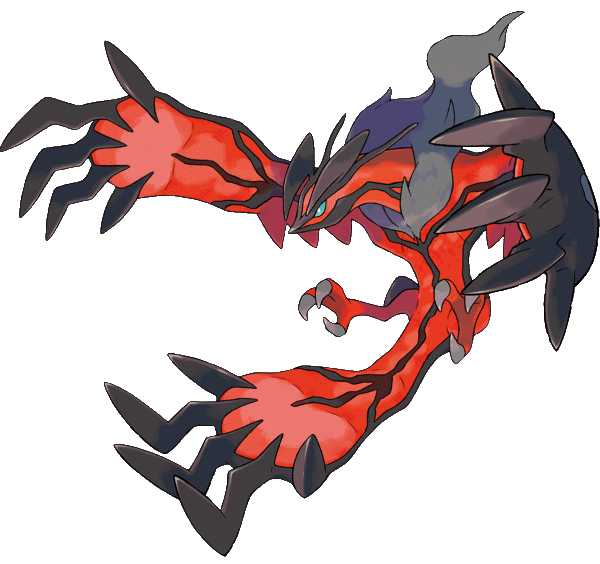 Yveltal is one of the Aura trio (remaining members are Zygarde and Xerneas) first introduced in Generation VI. As opposed to Xerneas, Yveltal is known as destruction Pokemon, known to devour the life energy of nearly everything in its surrounding environment.

The legendary Pokemon first appeared in Diancie and the Cocoon of Destruction in which a fierce battle takes place between it and Diancie. The battle finally ended when Xerneas intervened and calmed the enraged Yveltal. 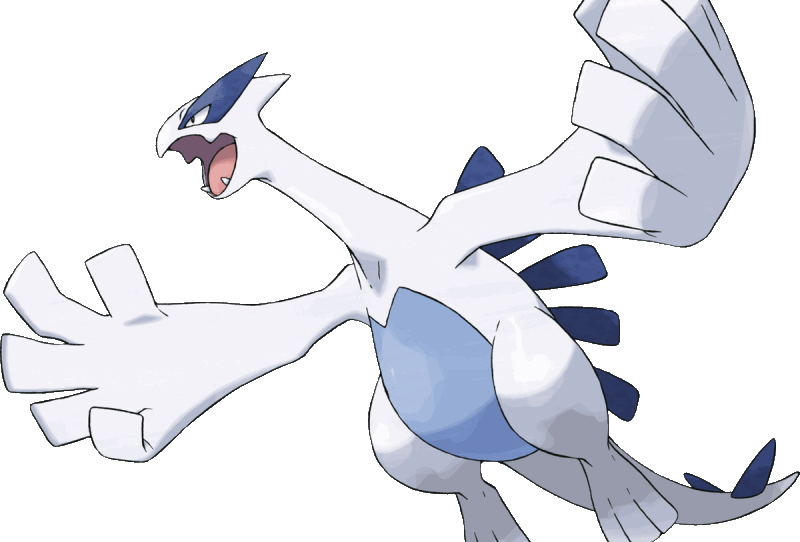 Lugia the “guardian of seas,” is as powerful as the legendary Uh-Oh, its eternal counterpart. Lugia is the master of the Legendary bird trio; namely Articuno, Moltres, and Zapdos. Whenever these three engage in a cataclysmic fight, only Lugia can stop them from causing catastrophic damage to their surroundings.

The legendary bird can summon storms powerful enough to bring down an entire cliff. Besides strength, Lugia is also known for its intelligence and solitude. 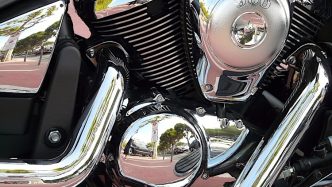 Is Stainless Steel Magnetic? Does It Stick To Anything? 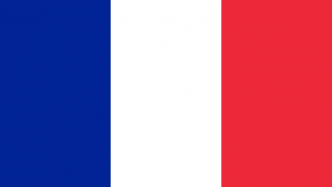