13 Most Venomous Snakes In The World

Besides self-defense, snake venom plays a crucial role in decapitation as well as digestion of their prey. The venom in snakes, which is essentially saliva, is secreted and stored inside a modified parotid salivary gland located right behind their eyes.

The median lethal dose, or LD50, is the standardized measure of a lethal dose of snake venom. The subscript value, 50, is indicative of 50 percent (lethal dose, 50%). LD50 is expressed usually as the mass of a substance per unit mass of the infected subject. It could be milligrams (of substance) per kilogram or even nanograms per kilogram of body mass.

The value of the median lethal dose of a toxin, thus, signifies the amount it requires to kill half the member of subject species in a specified time. Lower the value of LD50, higher the toxicity.

So which are some of the most venomous snakes in the world? Let’s find out. 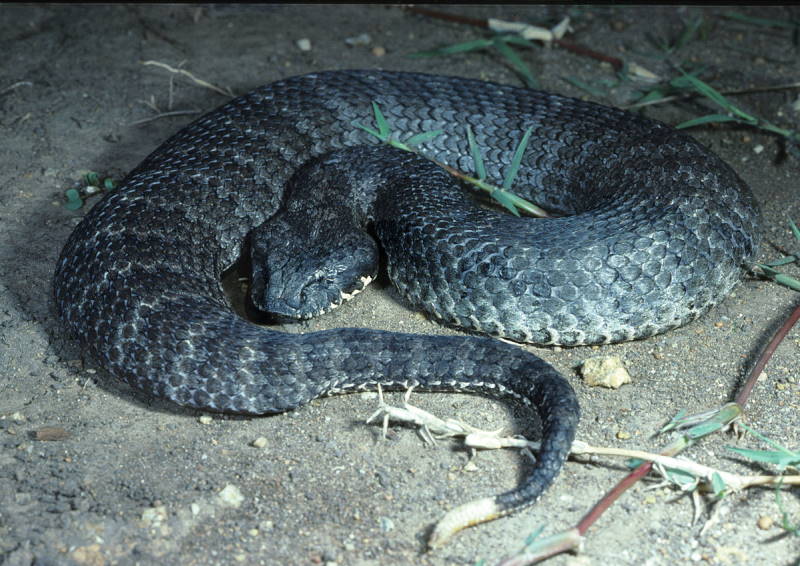 Though mostly non-aggressive, the common death adder posses a serious threat to small mammals as well as humans due to its highly effective camouflaging and ambush and striking abilities.

A common death adder bite can paralyze and turn out to be fatal if the victim is left untreated for long. 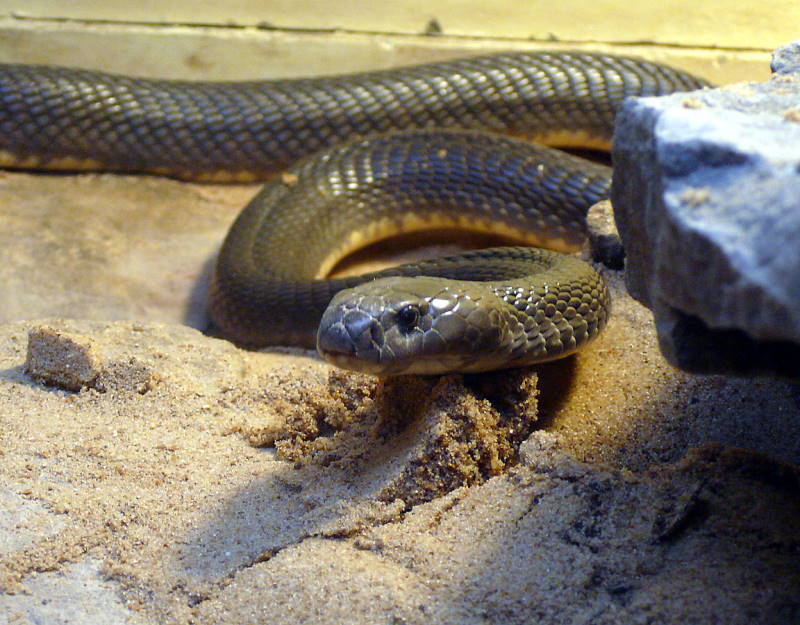 The Caspian cobra, or the Central Asian cobra, is perhaps the most venomous true cobra species in the world. Its venom is more potent than that of the Philippines cobra. An average specimen of the species reaches 1 meter in length, though the longest could be well over 1.5 meters. As the name implies, it is indigenous to Central Asia.

Though mostly diurnal, the Caspian cobra (in arid regions) may turn nocturnal (active during the night) and even crepuscular during the hottest period of the year. They are fast, agile and can also be found on the water.

Serious health conditions such as ataxia and paralysis kick in after an hour of the snake bite. The nucleases present in the venom of Caspian cobra cause local tissue damage. It also accelerates and magnifies the effects of neurotoxins. 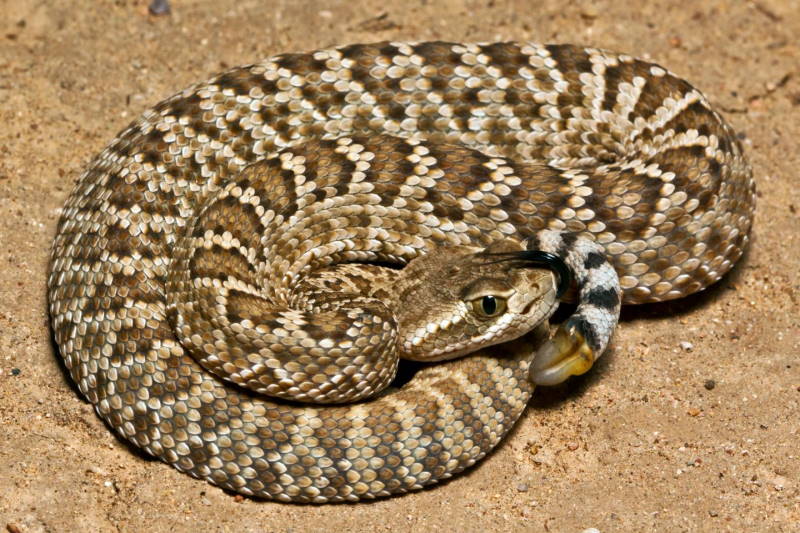 Apart from physical characteristics, the two subspecies differ in venom composition and its potency. The venom of Mojave greens is about ten times less toxic than that of its close relative. Their (Mojave greens) bites, however, are known to have hemorrhagic effects on the victims.

The geographical range of Mojave rattlesnakes extends from southern Nevada and California to deep inside Mexico covering the states of Arizona and parts of New Mexico as well.

Its venom is made up of potent neurotoxins and myotoxins. The lethal dose for humans is about 1.5 mg, while the average yield per bite is as high as 9.0 mg.

The tiger snake is a common name of a diverse snake species that belong to genus Notechis. Their venom carries multiple potent neurotoxins that can trigger a wide range of illnesses, including paralysis. Collectively, the tiger snake population is responsible for about 17% of the total reported snakebites in Australia from 2005 to 2015.

The black tiger snake is considered as a distinct subspecies, whereas the western tiger snake is one of the morphs of mainland tiger snake. Tiger snakes are found in coastal areas of Western and South Australia. 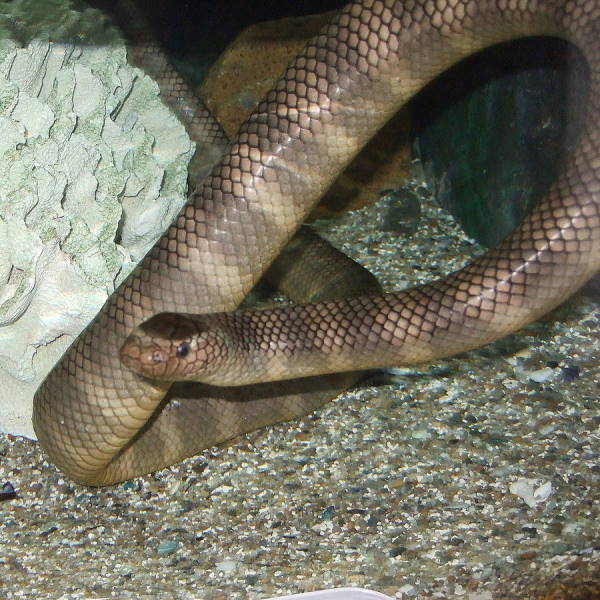 The black-banded sea krait, or the Chinese sea snake, is highly venomous sea snake species widespread in the southwest Pacific Ocean. They are usually found near coral reefs; hunting eels and small fish through corals and reef cracks. Though a solitary creature, the black-banded sea krait often team up with large fish species to catch smaller prey.

In a study conducted in 2017, researchers discovered a new population of black-banded sea krait in the southern coast of South Korea, far-off from its usual range. An ongoing northward migration pattern has also been identified and climate change appears to be a major cause of it. 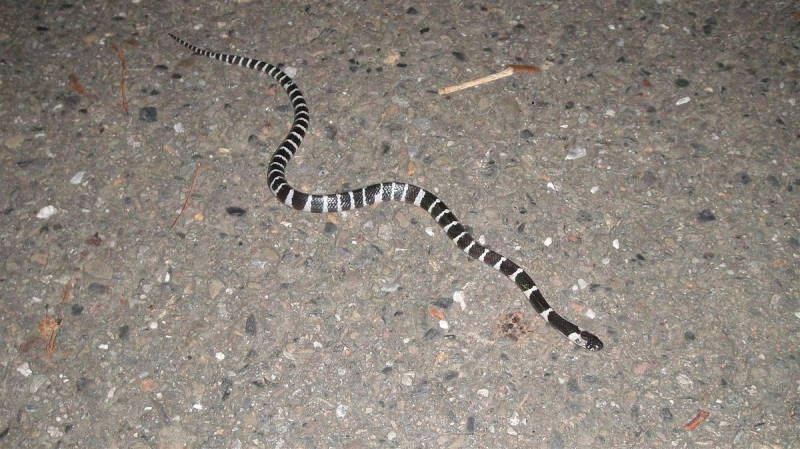 The many-banded krait is one of the 15 snake species in the genus Bungarus. All species, including the one in the discussion, are endemic to different regions of Asia. An average specimen of the many-banded krait snake can reach lengths between 1 meter to 1.5 meters.

The species got its name from numerous white stripes or bands starting from just below its neck to all the way to the end of its tail. Their fangs are relatively small.

Victims of many-banded krait snake often go asymptomatic for about an hour. Serious conditions such as ataxia, difficulty in breathing and tunnel vision occur at later stages. 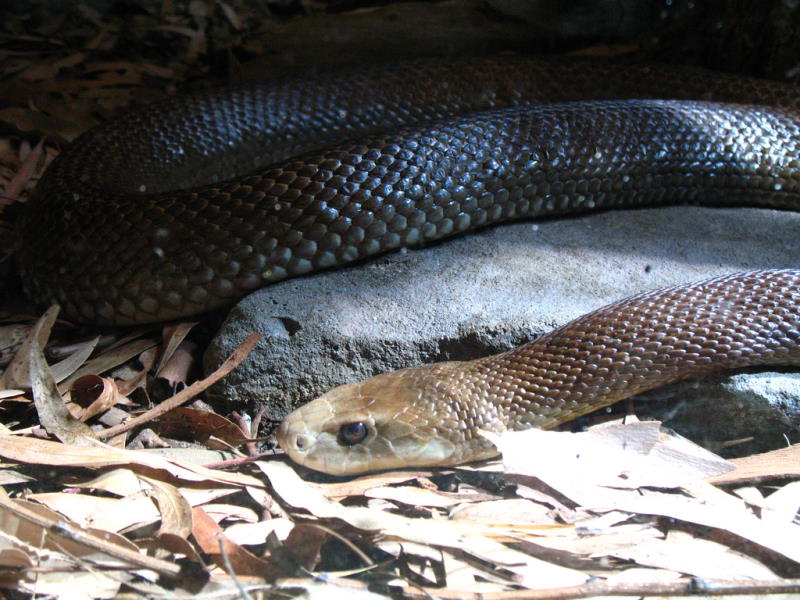 The world’s third-most venomous land snake, the coastal taipan is indigenous to northern and northeastern Australia as well as the island of New Guinea. It was first described as single species by naturalist Wilhelm Peters in 1867. But in 1956, another subspecies were identified (Papuan Taipan) on the southern coast of New Guinea.

The neurotoxins present in coastal taipan’s venom can cause several complications from nausea to massive internal bleeding and muscle tissue disintegration. Death usually occurs in the next two-and-a-half hours after the bite, however, it can be as early as half-hour. In untreated cases death is imminent.

One of the most highly venomous snake species, the horned sea snake is distinguishable by the horns-like spine on its head. The species is found exclusively in the western Pacific Ocean near the tropics. The largest population of horned sea snake is found near the coastal region of Northern and Eastern Australia. 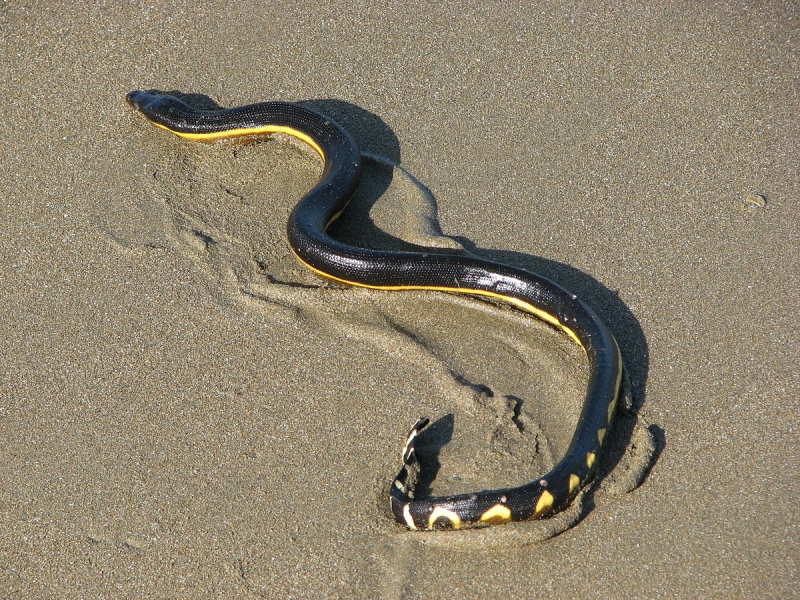 The yellow-bellied sea snake is the second most venomous sea snake known to us. It can be easily distinguished by black or brown back and yellow underneath. The median lethal dose of its venom is 0.067 (when tested in saline), while its yield per bite can range from 1.0 to 4.0 mg.

It is among the most widely distributed snake species in the world. As opposed to popular belief, the yellow-bellied sea snake (like other sea snake species) consume freshwater rather than salty seawater. The availability of freshwater deposits depends on rainfall.

During the months of season drought, the yellow-bellied has been reported to remain dehydrated. 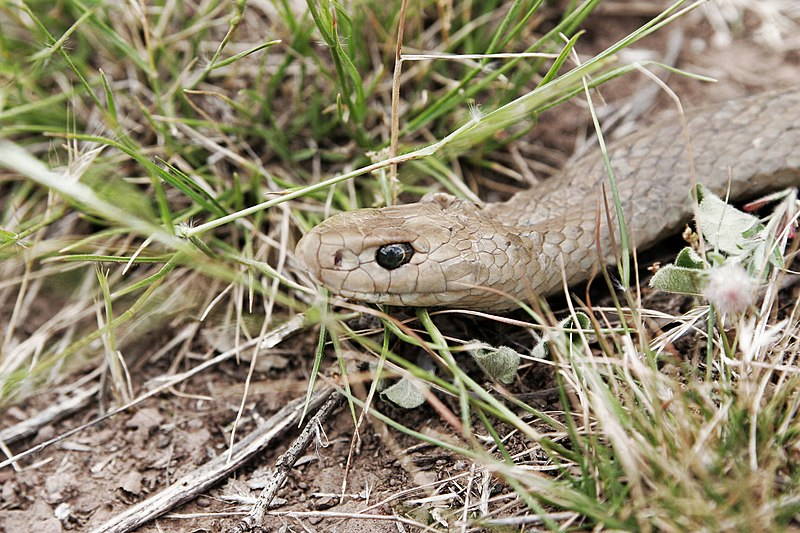 The eastern brown snake or simply common brown snake was first cataloged in 1854 by French scientist André Duméril. Its venom is potent enough to induce coagulopathy (a condition in which the blood loses the ability to form clots), which leads to low blood pressure, brain hemorrhage or cardiac arrest. Seizures and abdominal pain may also arise.

A substantially high number of snake-bite deaths in Australia is caused by this species. Cats and dogs experience more neurotoxic symptoms (such as paralysis) of the eastern brown snake venom than humans. In the Australian state of New South Wales, this species is responsible for causing the second highest cause of envenomation in dogs.

Dubois’ sea snake is perhaps the most venomous seasnake in the world. They are found near coastal areas of southeast Asia and the Pacific, extending from the oversea French territory of New Caledonia all the way to Timur sea in the north of Australia.

The median lethal dose value for Dubois’ sea snake varies from animal to animal. Frogs and fishes are far more sensitive to their venom than rabbits and mice.

An adult Dubois’ snake, on average, remains below 1 meter in length. In a few cases, however, they can grow up to 1.48 meters. Their fangs are about 1.8 mm in length, surprisingly shorter than most other snake species. 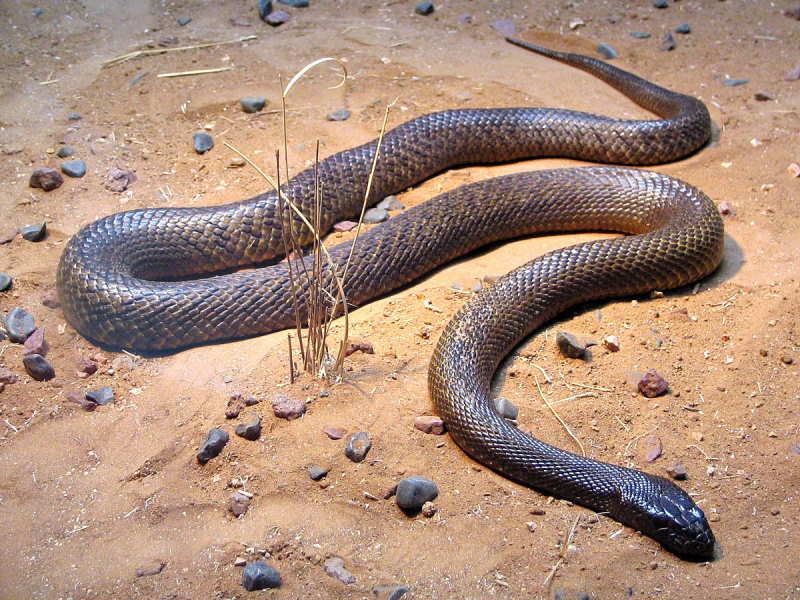 The inland taipan, also known as the fierce snake or western taipan, is the world’s most venomous snake (many sources erroneously cite Belcher’s sea snake as one).

Inland taipan is known for its speed and agility but is rather calm, shy in nature and prefers to remain mostly isolated. They are indigenous to central east Australia.

Due to its rather non-aggressive nature and remote habitat, the inland taipan is not regarded as the deadliest snake despite its single bite can kill a full-grown human in less than an hour. 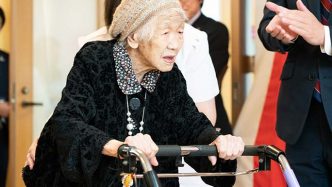 The 9 Oldest Person In the World 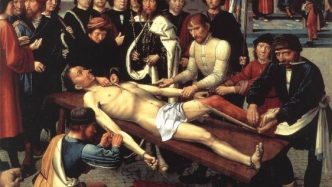