Planets are made out of numerous different things. Venus, Earth, and Mars, for example, contain rocky mantles and dense iron cores. More massive planets such as Saturn and Jupiter are mostly made of gases.

Planets are usually grouped into two main categories: smaller rocky terrestrials and large low-density giant planets. However, researchers at the University of Colorado Boulder have found something very exciting – a new class of planet with incredibly low density.

They are as large as Jupiter but 100 times less massive. Because of their astonishing low density, researchers call them cotton candy planets. In this study, they have revealed 3 such planets orbiting a Sun-like star Kepler 51.

An Opportunity To Study Different World

Kepler-51 is located 2,615 light-years away in the constellation of Cygnus. It is orbited by three planets named Kepler-51b, Kepler-51c, and Kepler-51d. These ‘puffed up’ planets have the lowest known densities of any exoplanet.

The Kepler 51 system was discovered by NASA’s Kepler space telescope in 2012 and the densities of its planet were determined two years later.

Recently, researchers used the Wide Field Camera 3 on the Hubble Space Telescope to explore the chemistry of these planets. The observations show that these puffy planets are about the size of Jupiter with masses only a few times Earth’s. 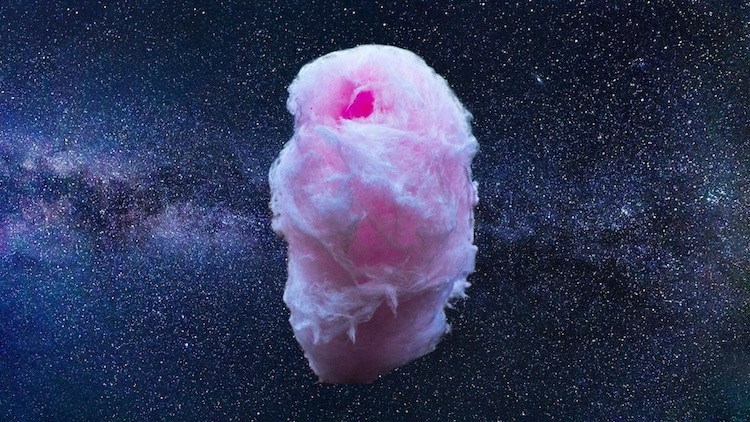 They have densities lower than 0.1 gram/cm3 – almost identical to the pink cotton candy you can buy at any fairground. This is completely contrary to what is taught in high schools.

Their atmospheres aren’t transparent as well: they seem to be covered by an opaque, high-altitude layer. What this layer is made of remains a mystery.

Researchers also didn’t observe any sign of molecules, which eliminates the possibility of water in the Kepler 51’s trio. They used computer simulations and complex algorithms to theorized that the planets mostly contain lightweight gases, such as helium and hydrogen.

These gases give planets their ‘puffy’ nature. However, unlike water clouds on Earth, their atmosphere appeared to be covered with salt crystals or photochemical hazes, resembling Saturn’s moon Titan.

The low density of planets could be due to the young age of the Kepler 51 system. It is only 500 million years old (whereas, our solar system is 4.57 billion years old). The simulations indicate these planets formed outside the snow line of the star (the orbits’ region where icy objects can survive) and then gradually migrated inward. 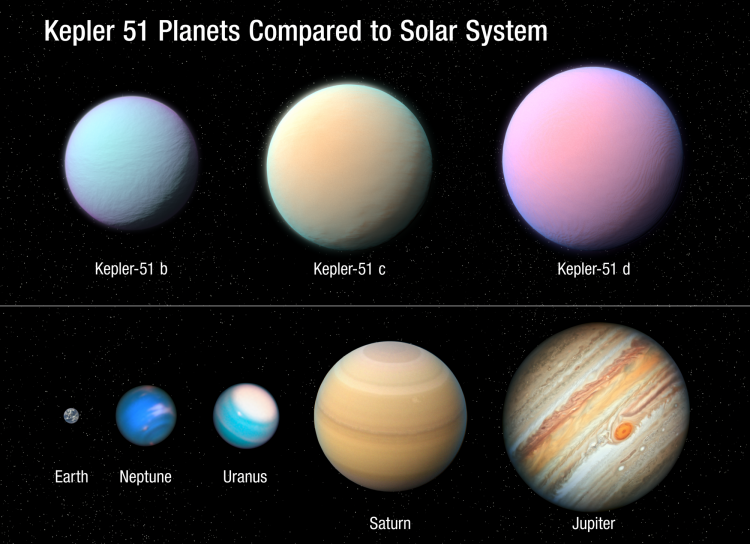 Using the planetary evolution model, researches showed that the planet closest to the star, Kepler-51b, is shedding gas at a rapid pace. Eventually (in one billion years) it will look like a hotter and smaller version of Neptune.

Kepler-51d, farthest planet from the star, is also dumping billions of tons of material into space every second, but it will retain its puffy nature for a long time. Though it will lose some small amount of atmosphere and shrink over the next billion years.

Overall, the findings open new avenues for exploring early planet evolution. In the next decade, James Webb Space Telescope (planned to be launched in 2021) will allow researchers to peer through the planets’ cloud layers.

Webb’s greatly improved sensitivity and resolution over the Hubble will reveal what these puffy exoplanets are actually made of. 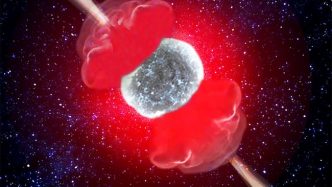 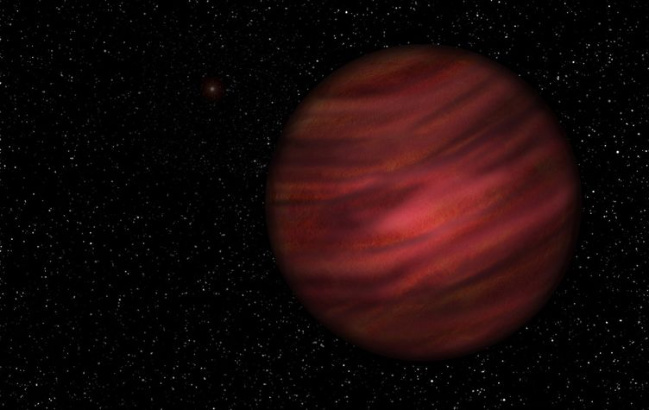 22 Most Interesting Exoplanets with Fascinating Details